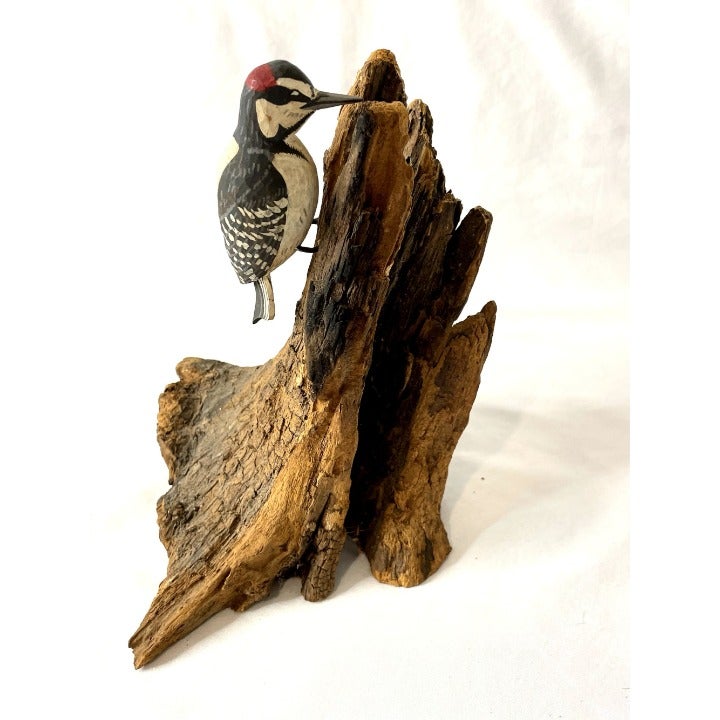 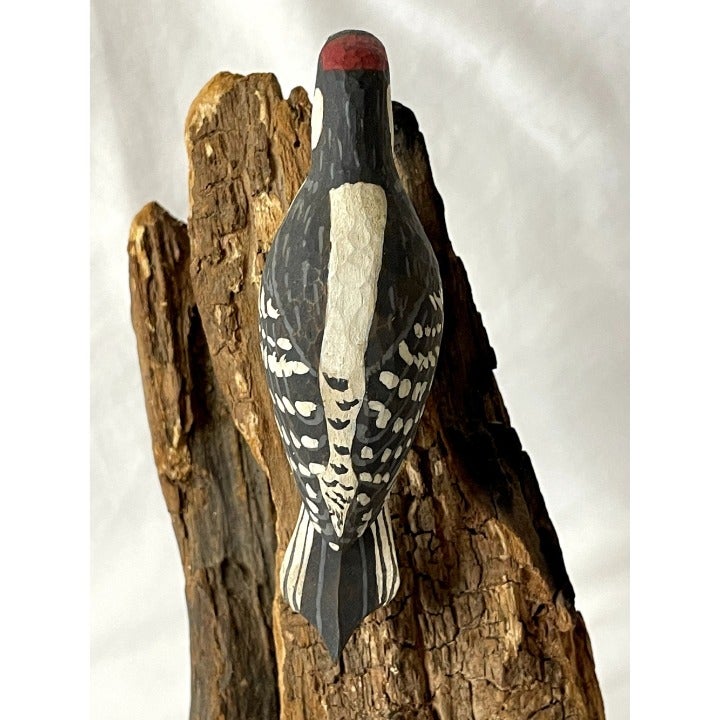 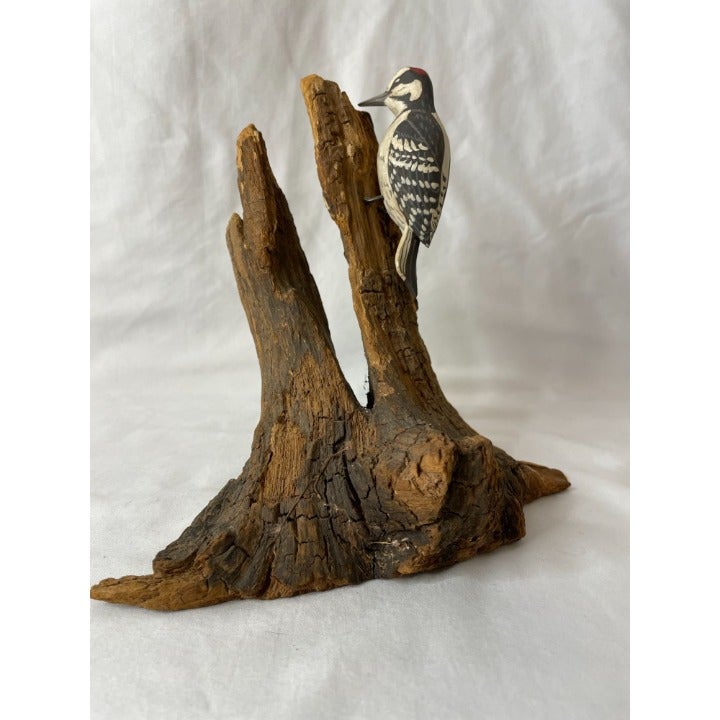 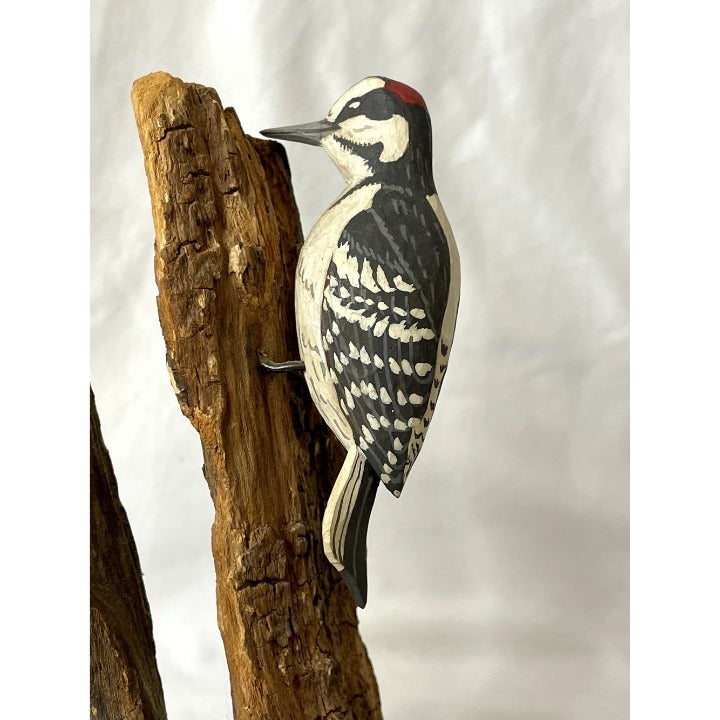 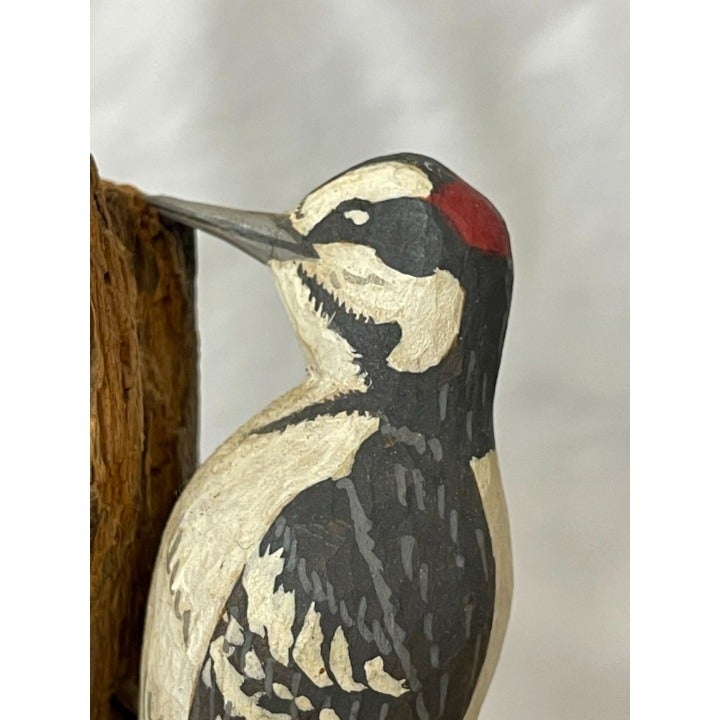 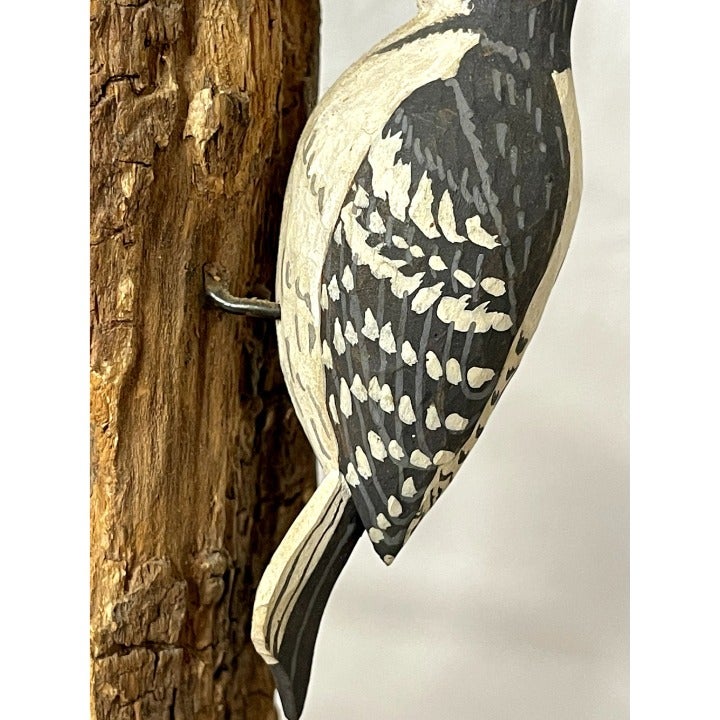 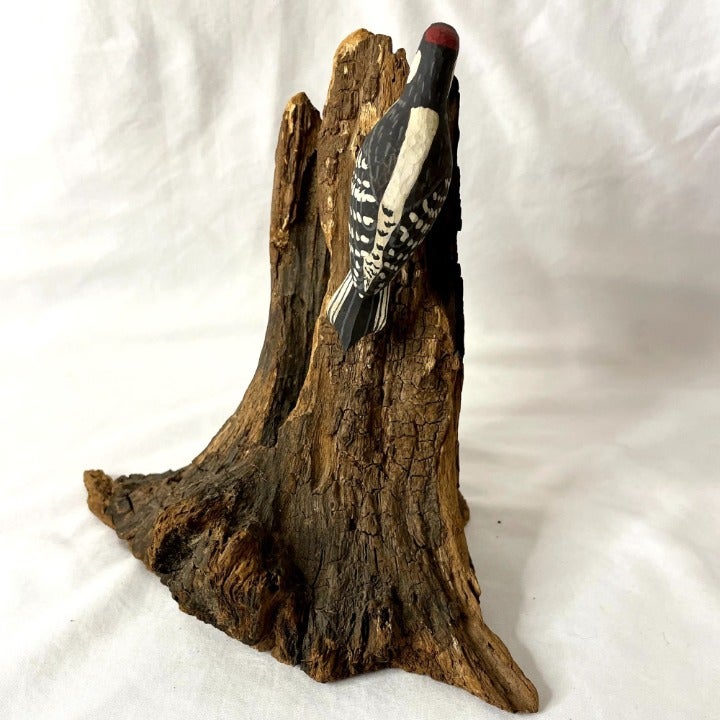 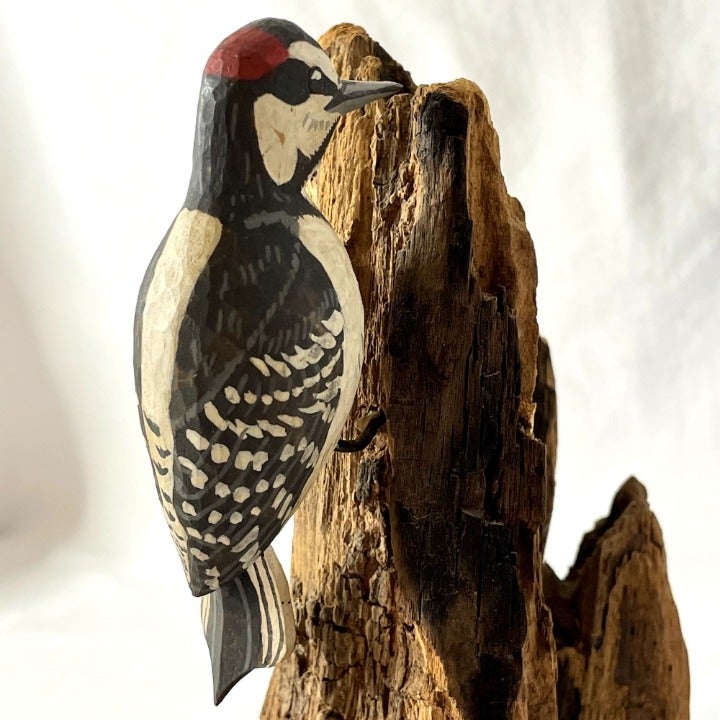 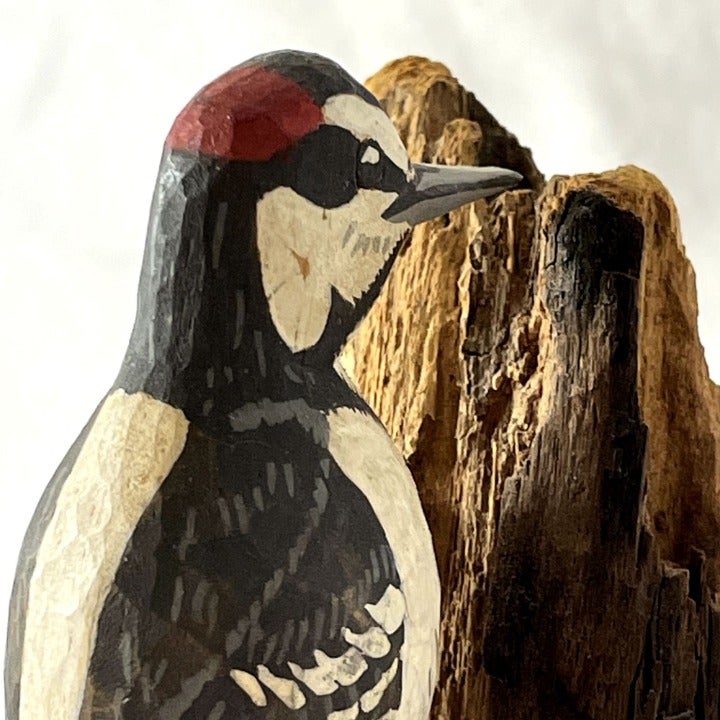 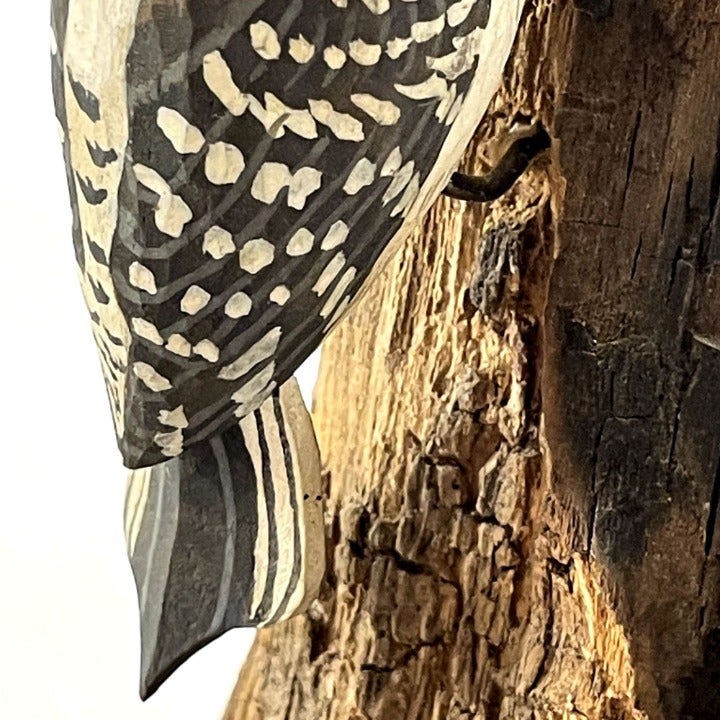 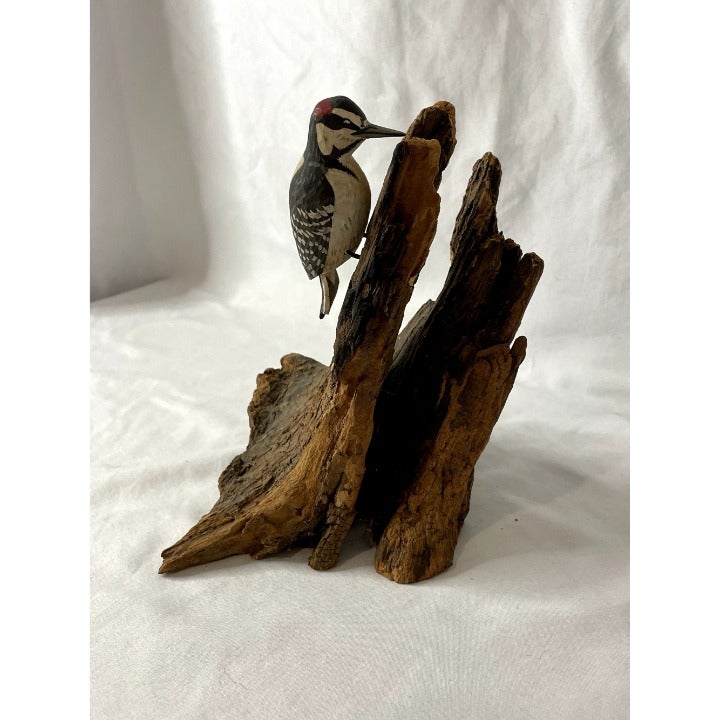 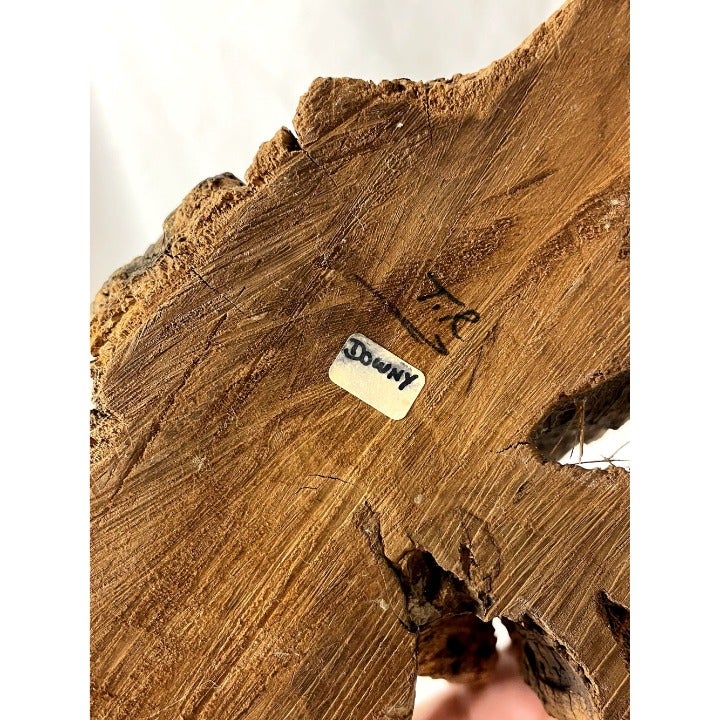 Bird is well secured to the wood via metal spikes.

--Incredible care taken in packaging to ensure safe travel to you--

Great vintage condition.You can see in close up there is one scuff.Please look closely at pics to evaluate condition. The bird is well-anchored to the wood. 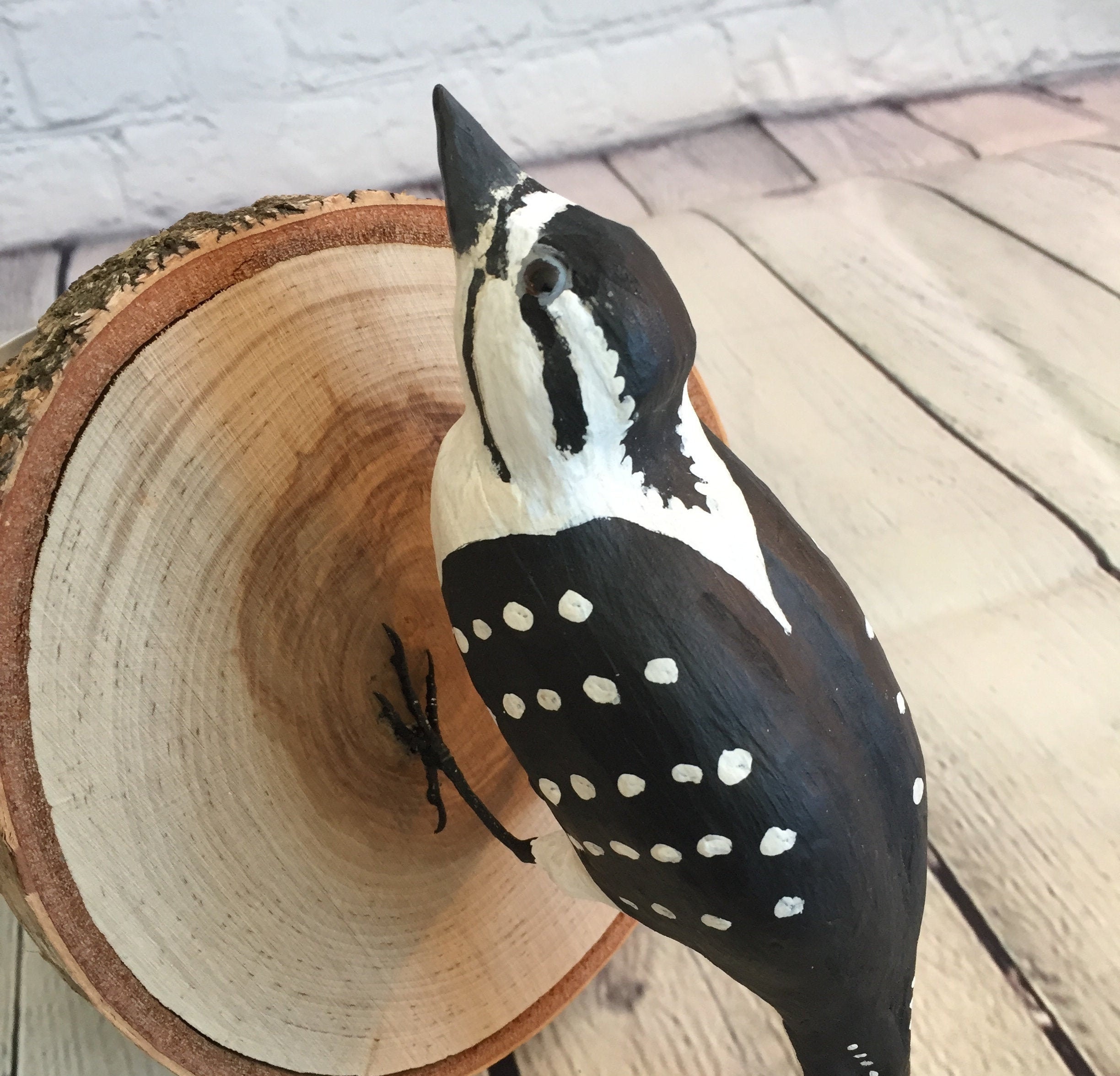 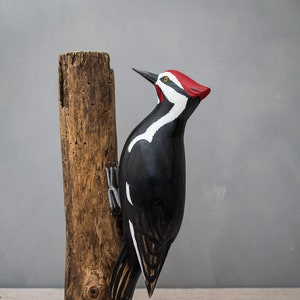 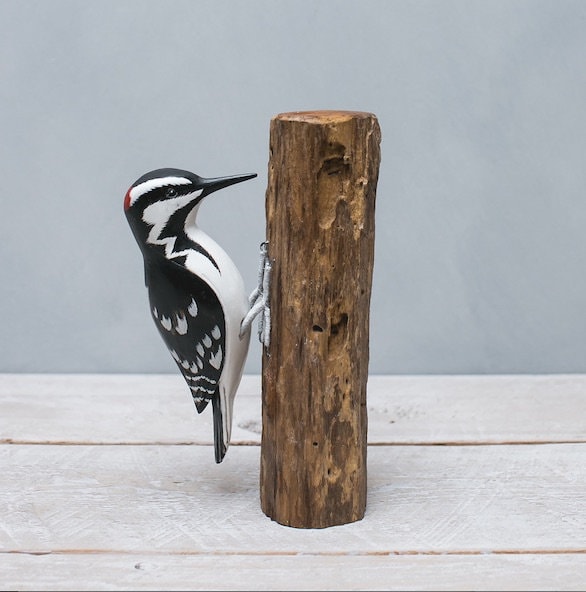 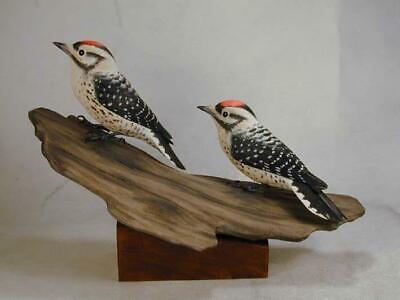 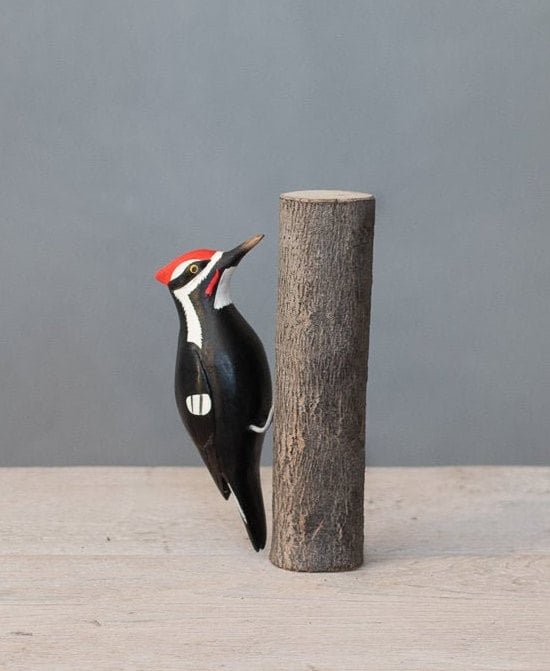 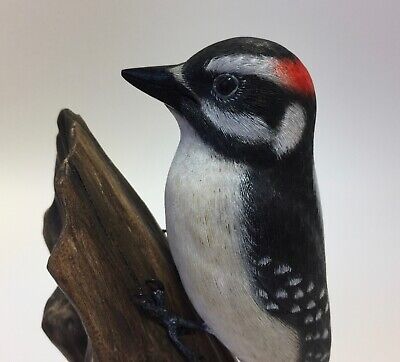 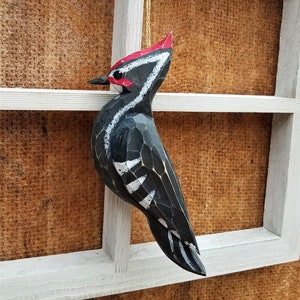 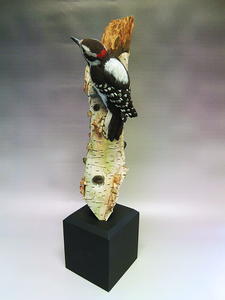 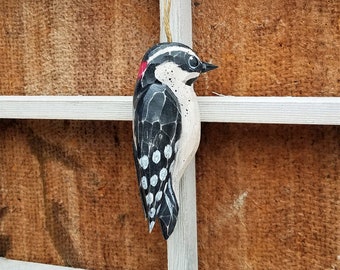 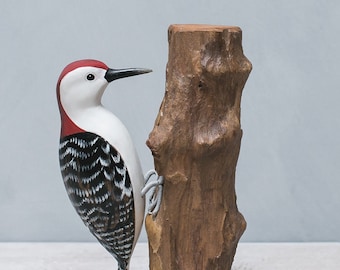