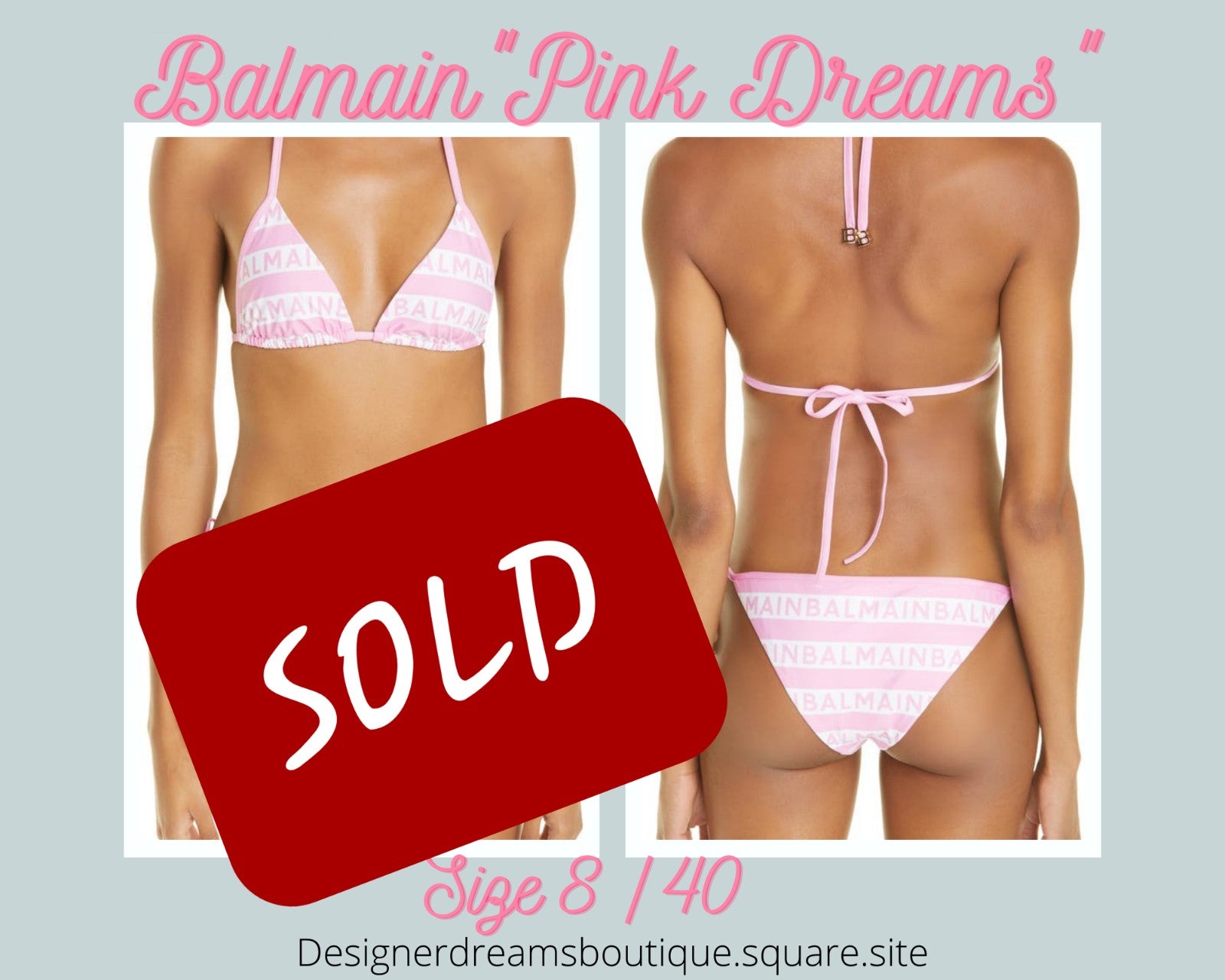 This bikini set showcases Balmain’s logo all over. Complemented by a horizontal stripe print, this branded theme adds a distinctive finish to this two-piece set. 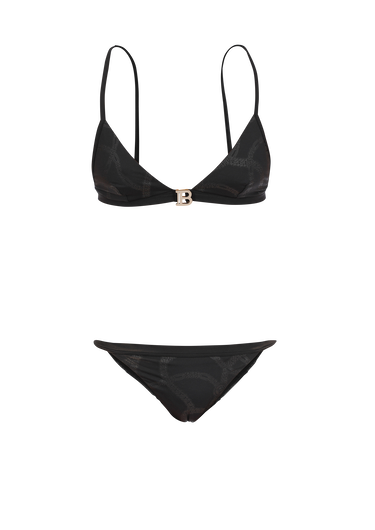 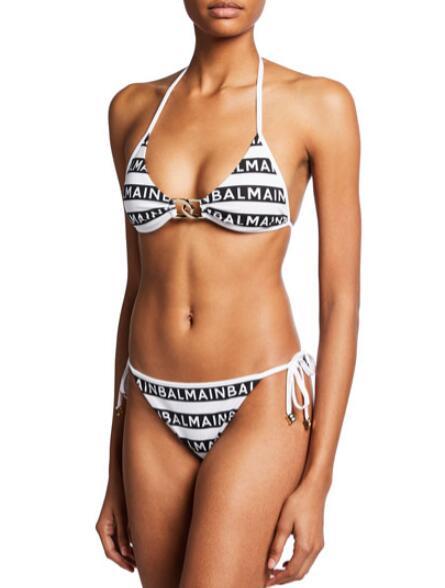 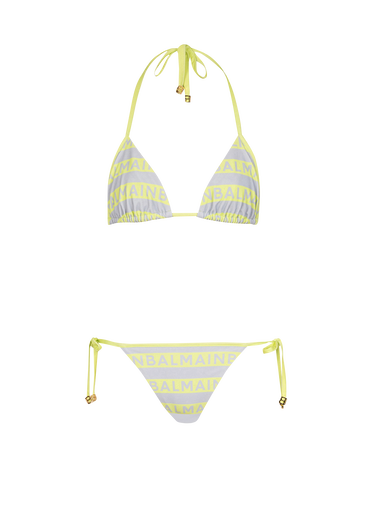 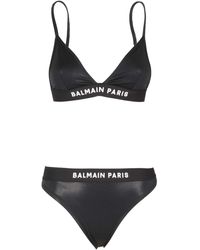 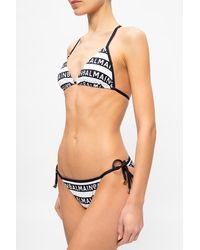