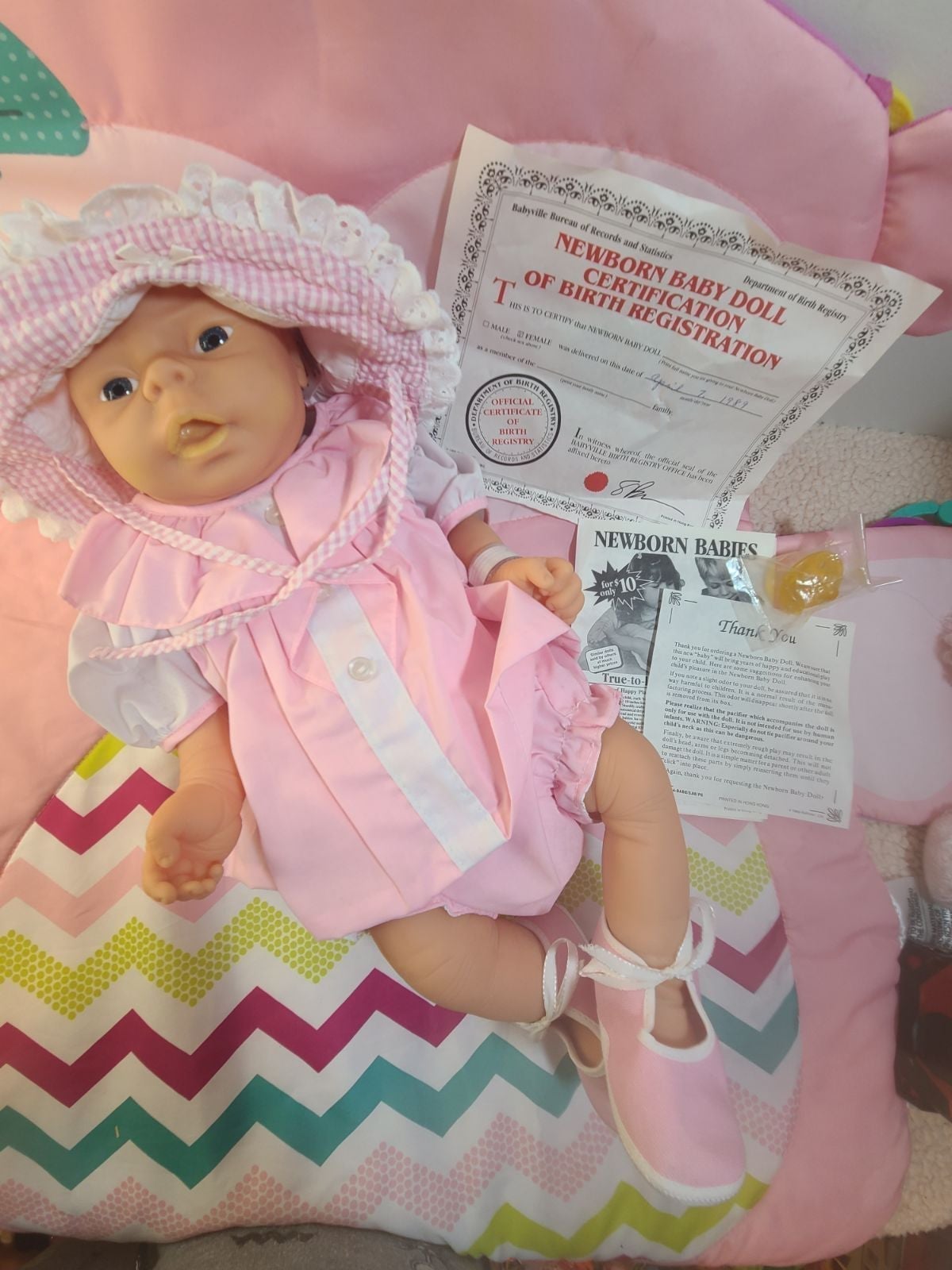 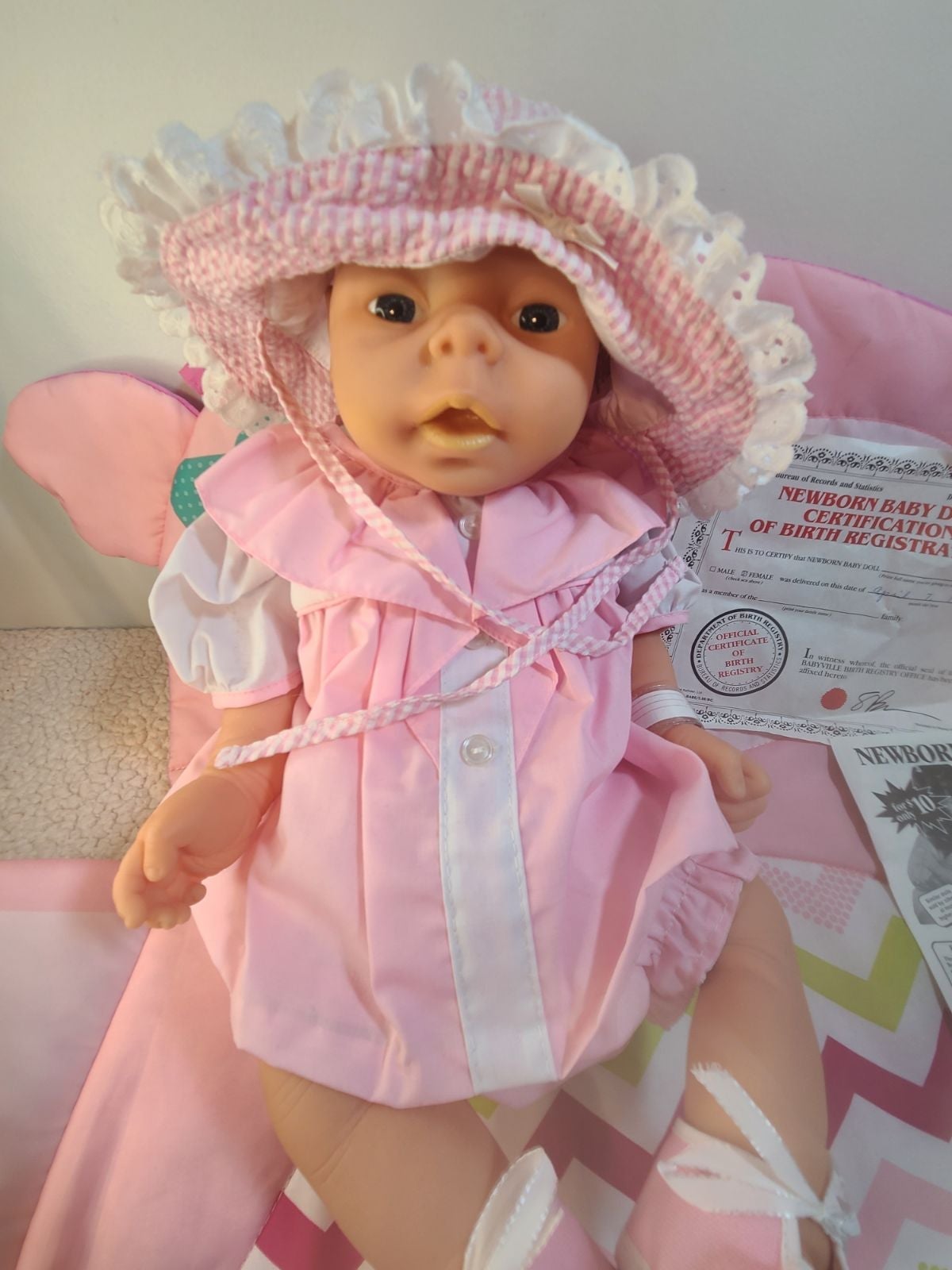 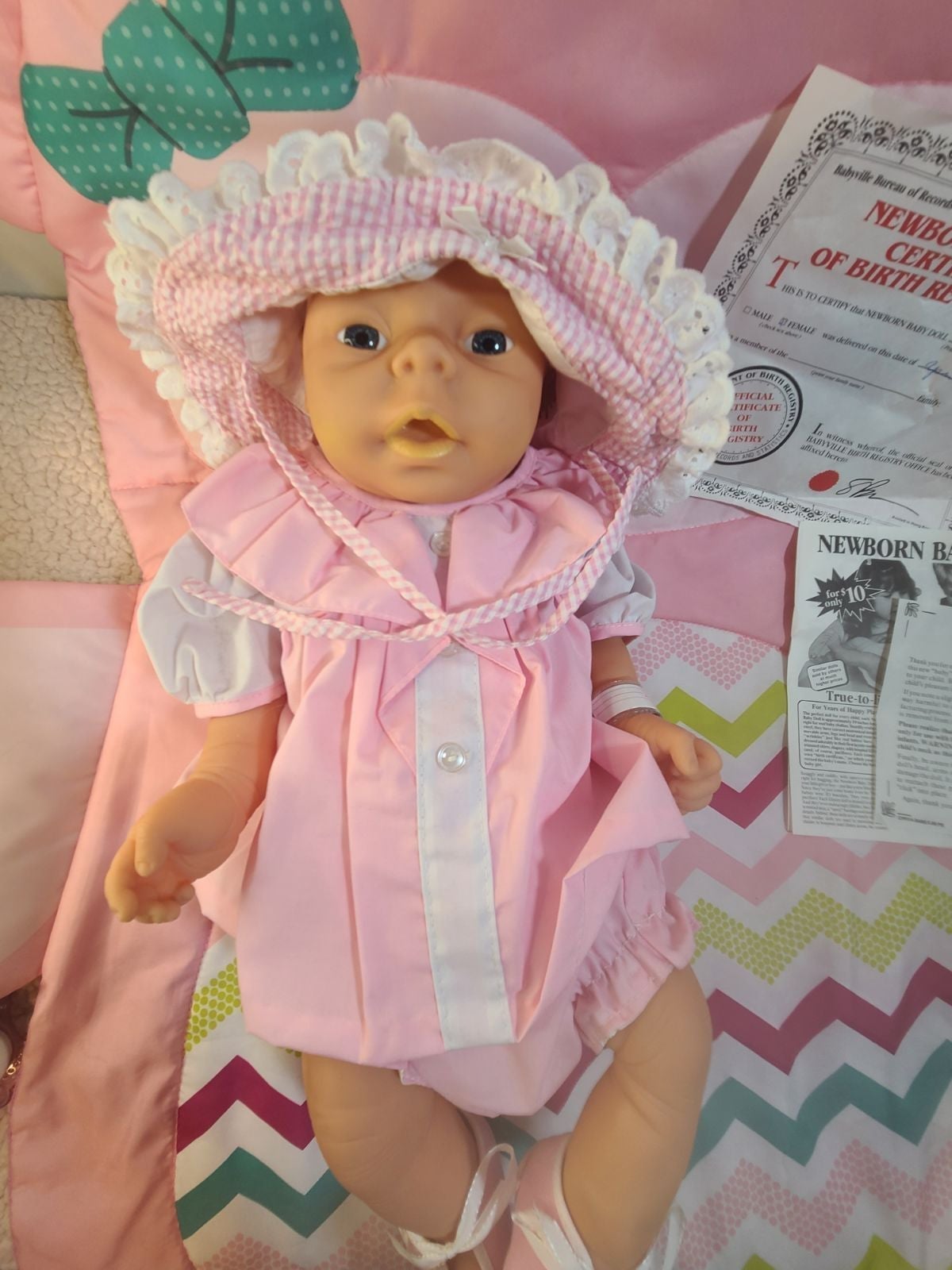 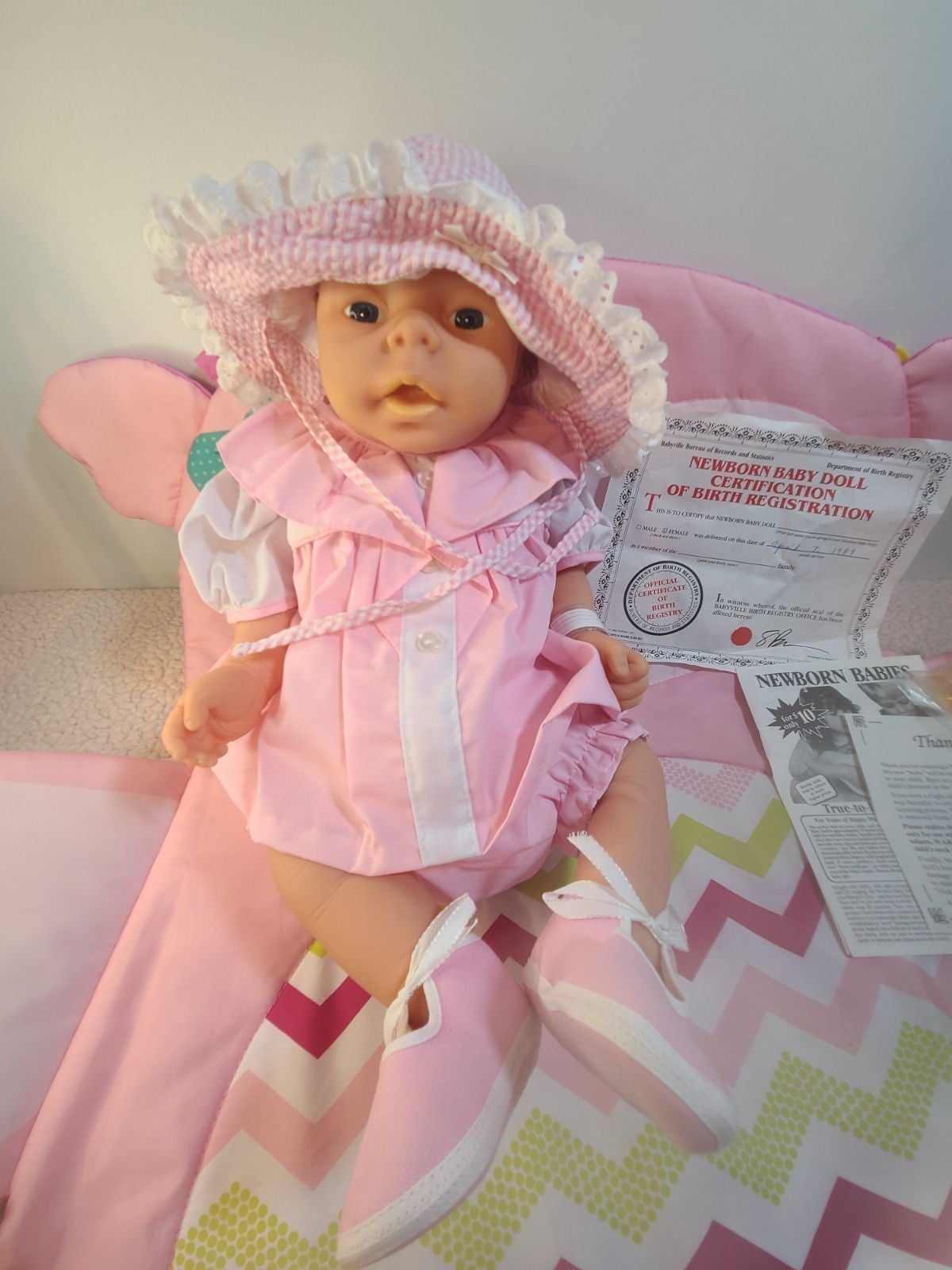 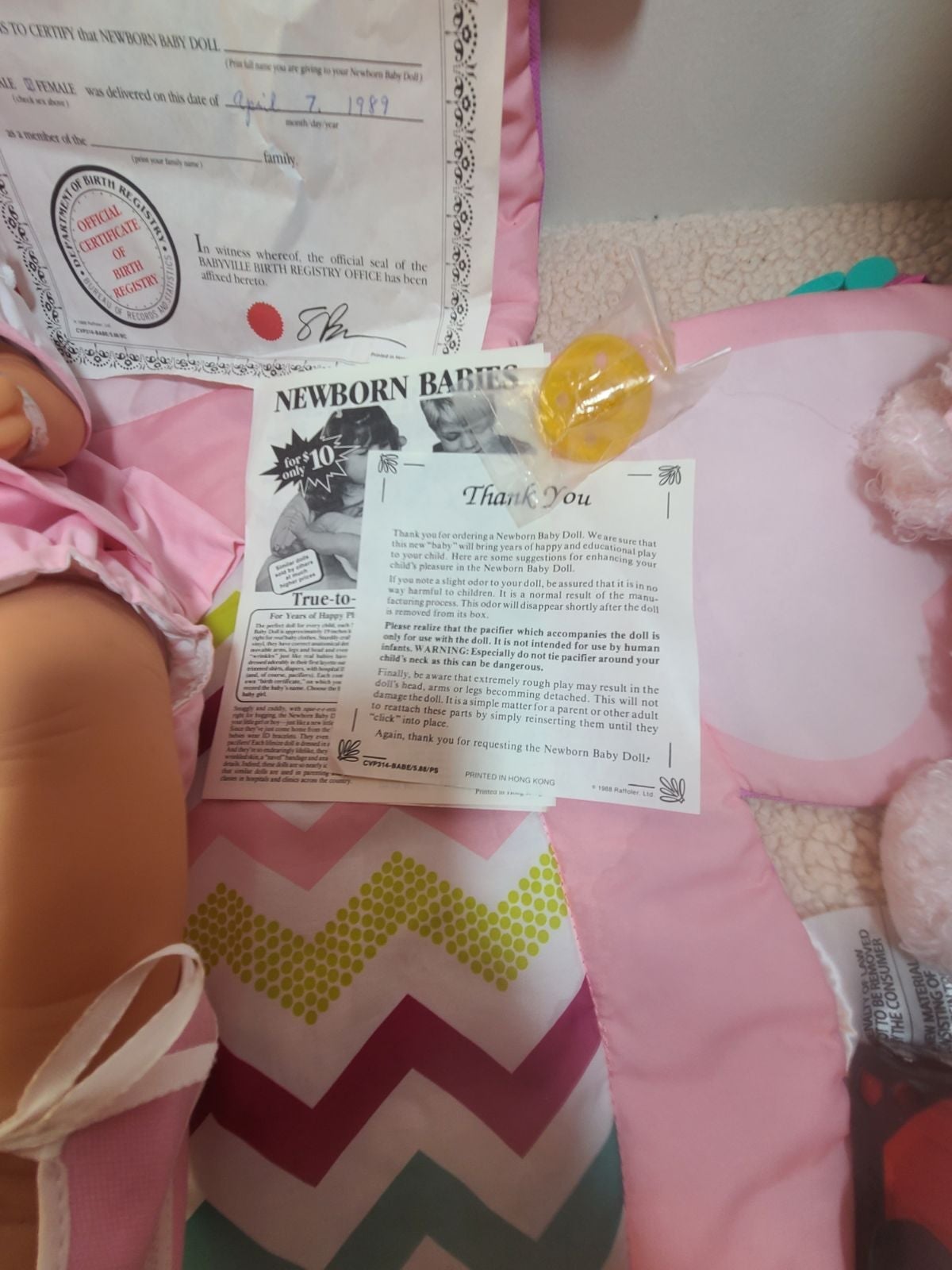 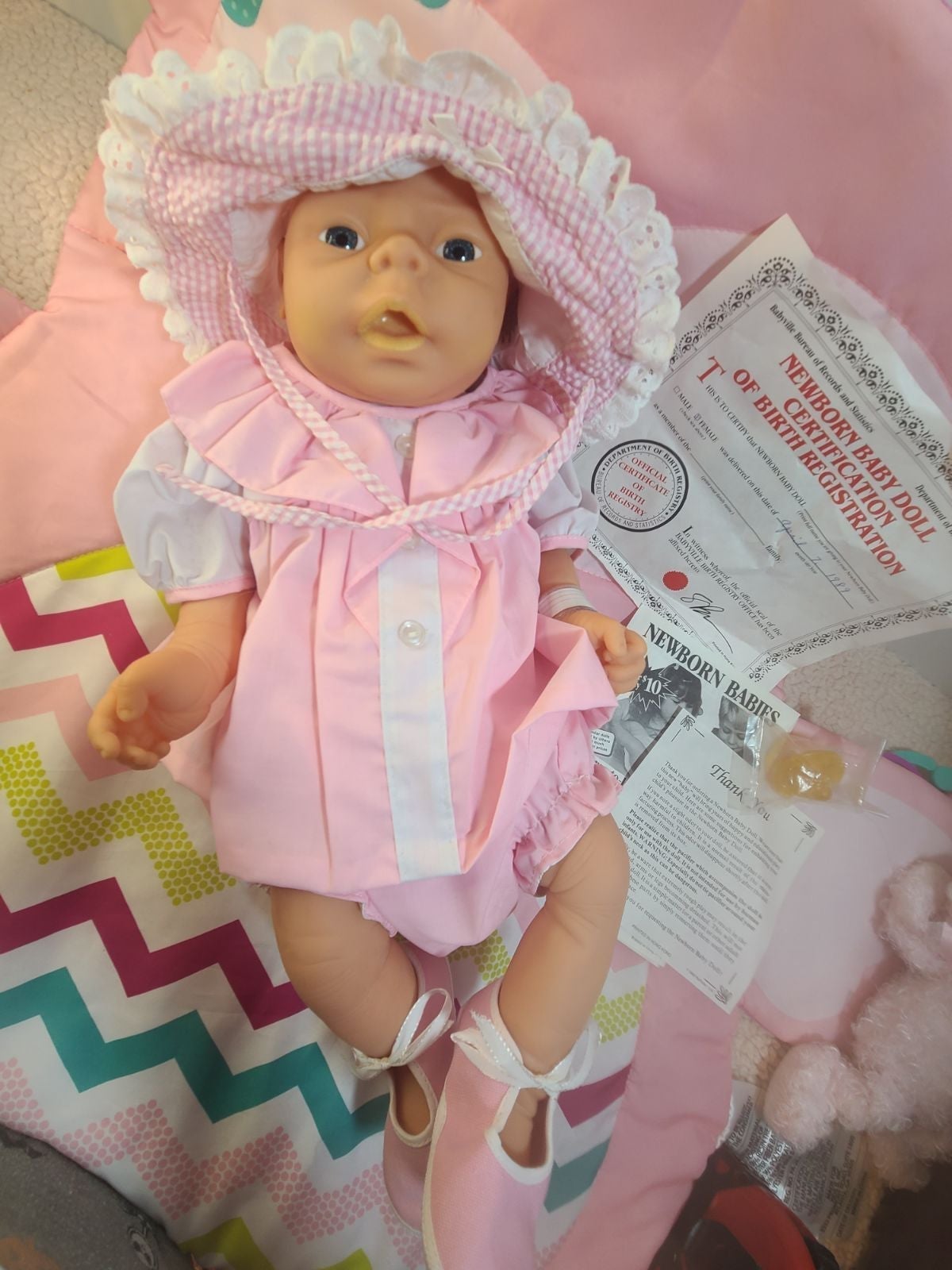 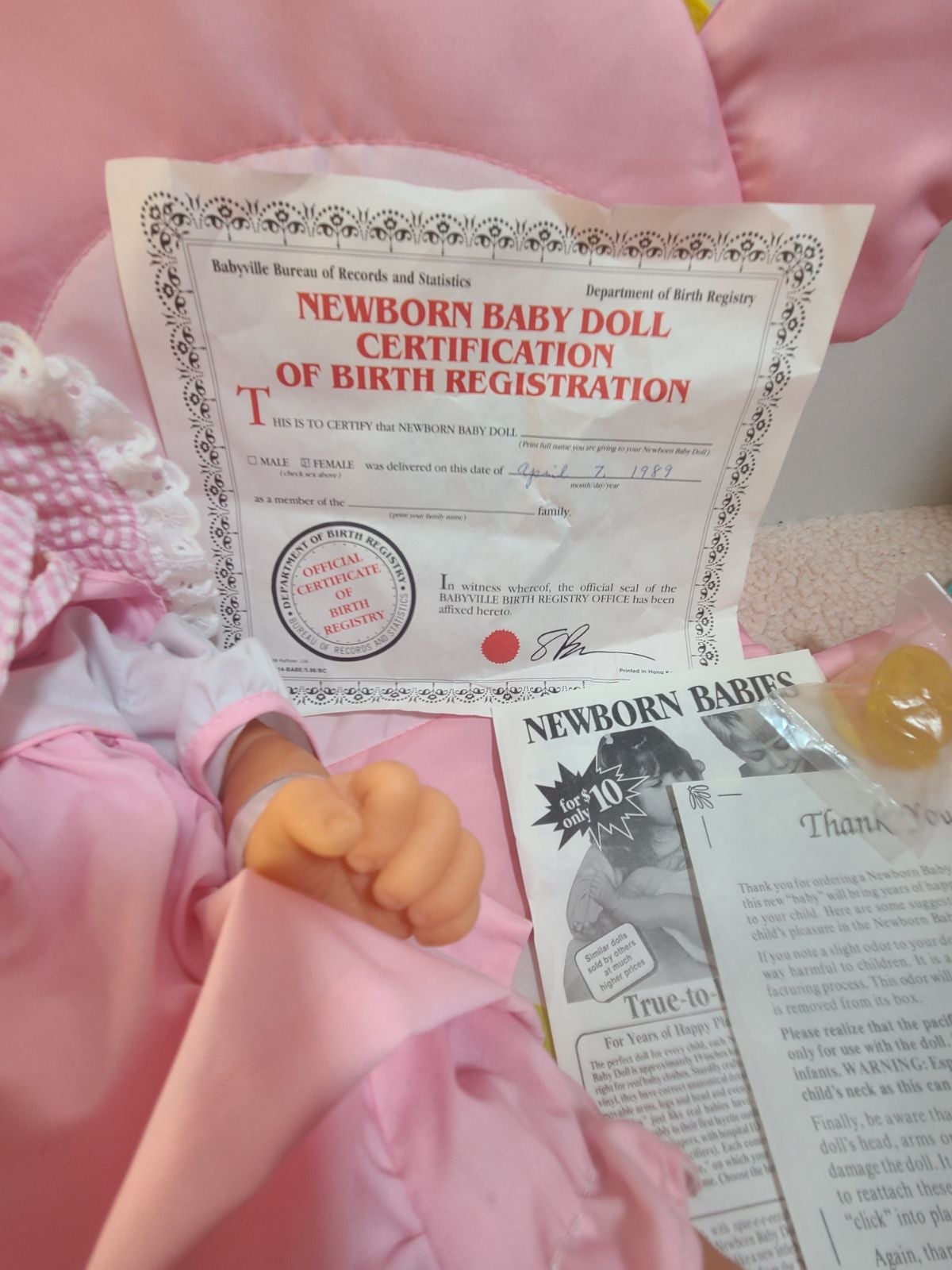 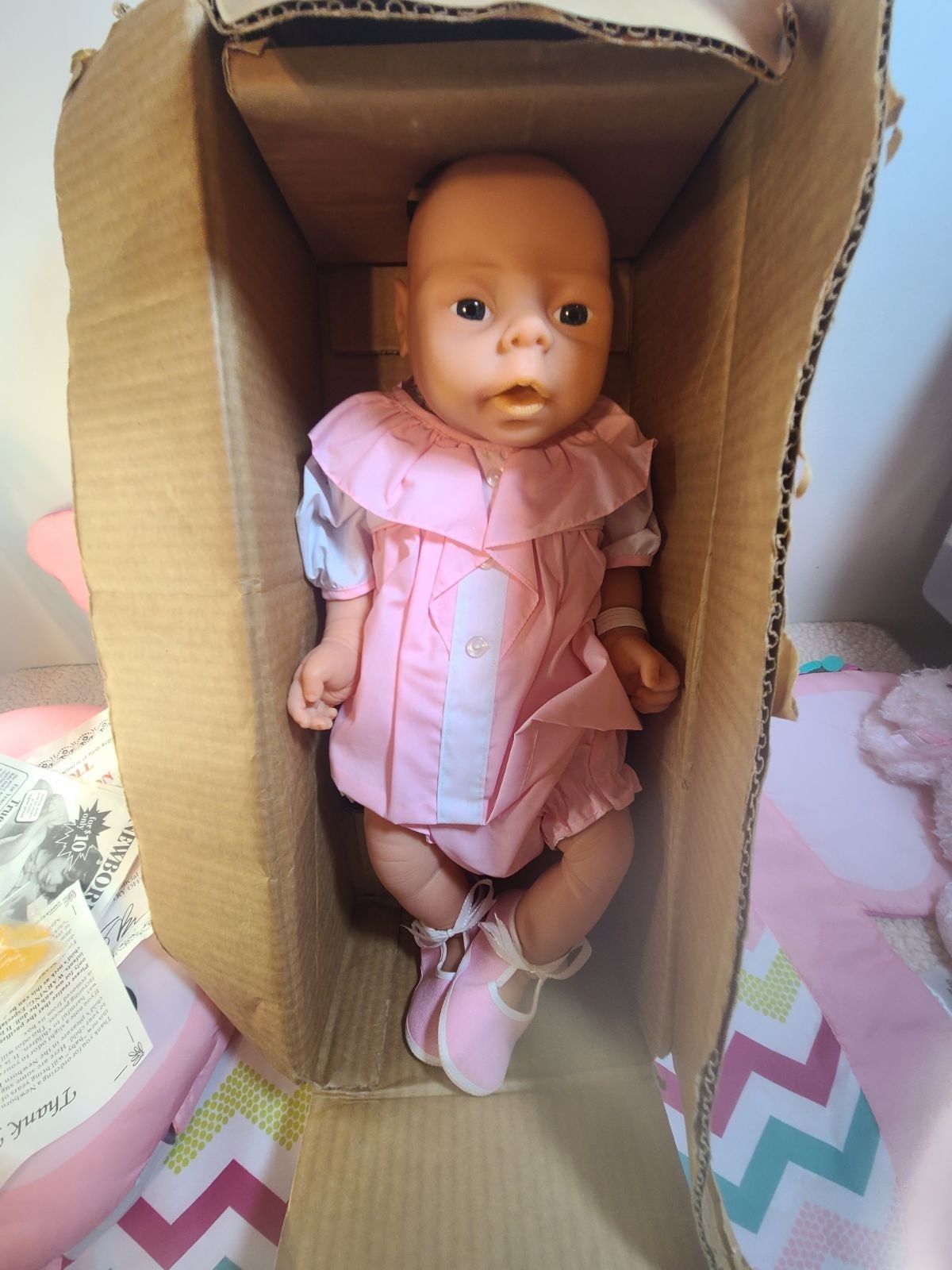 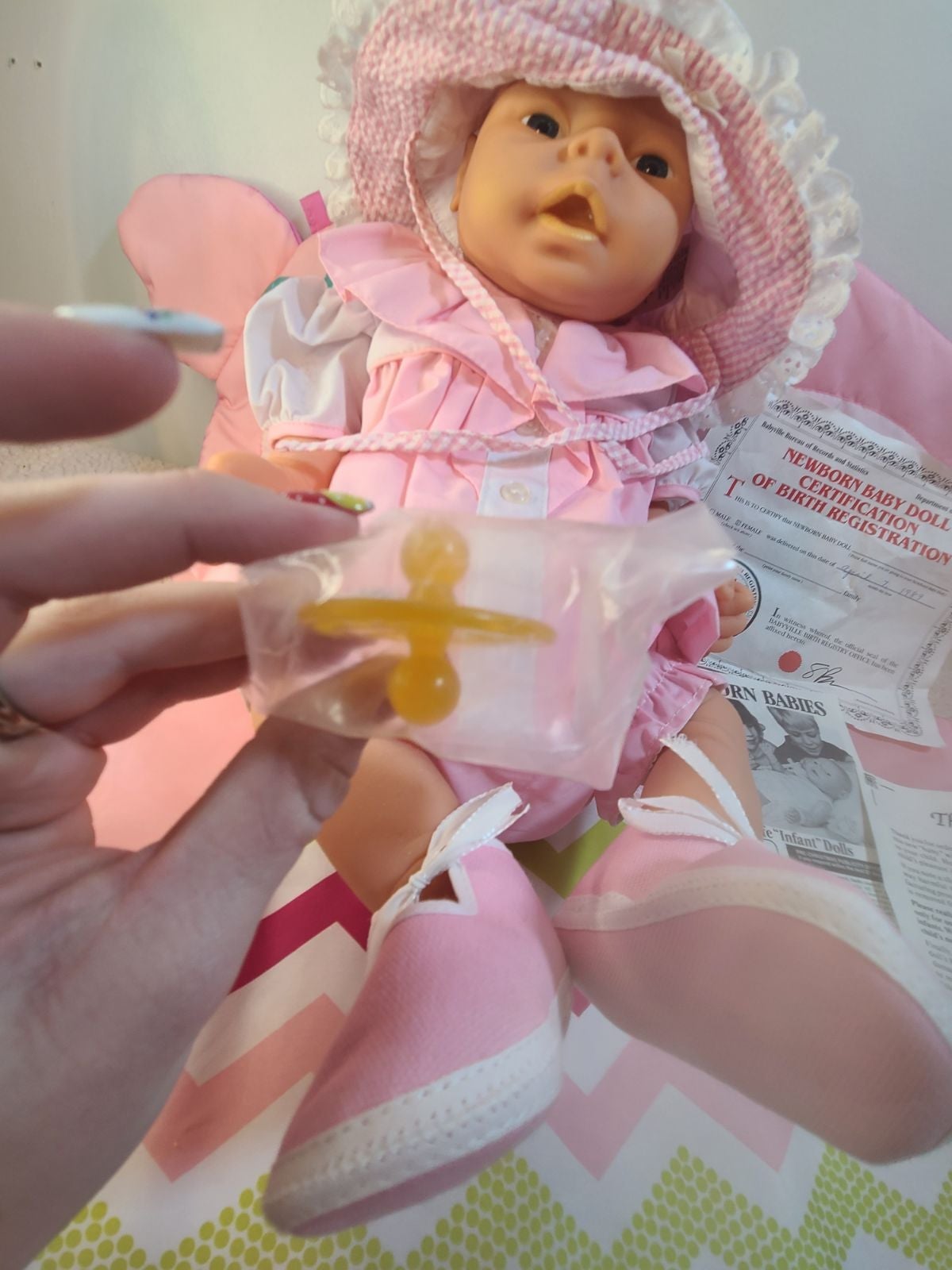 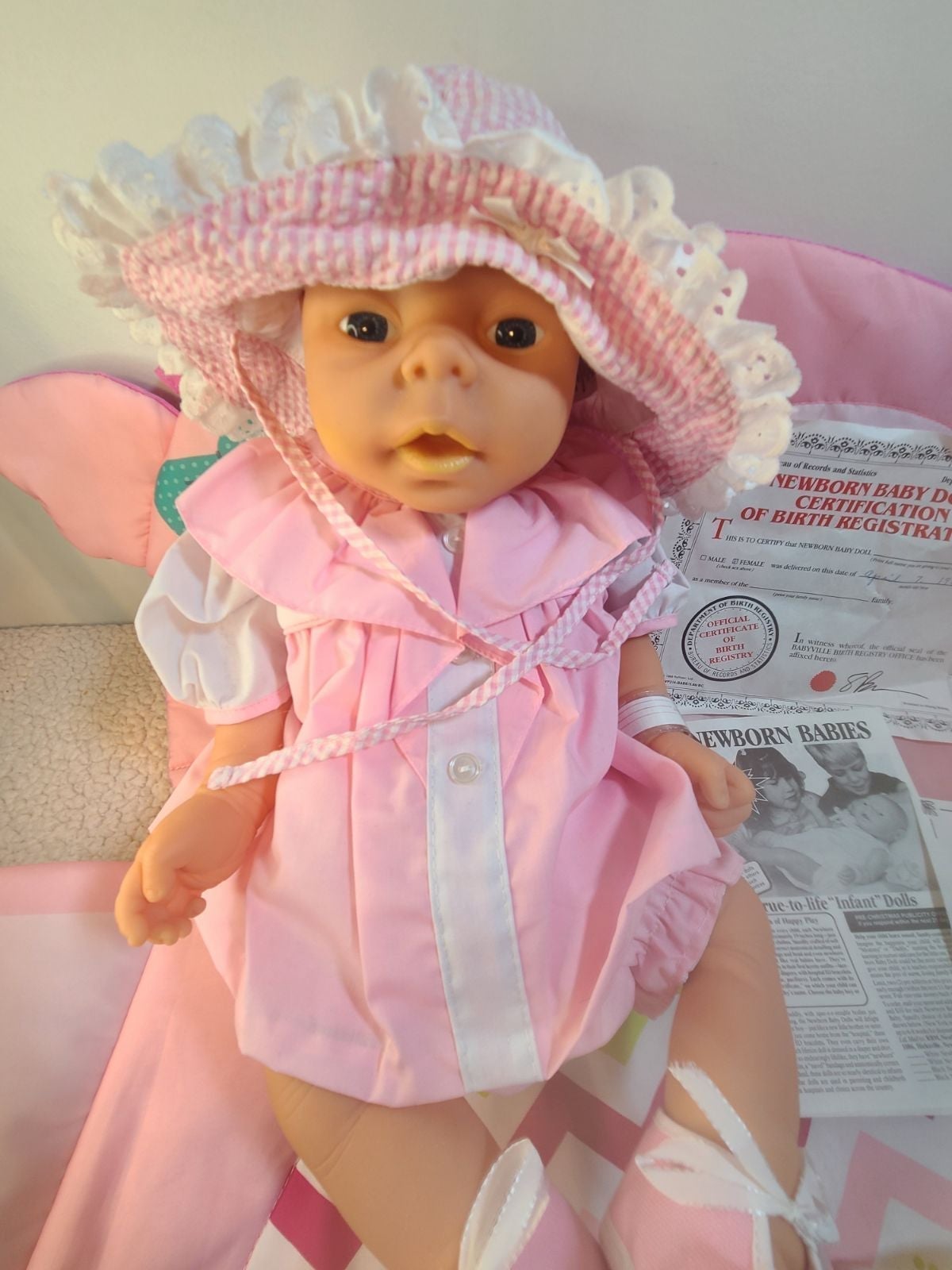 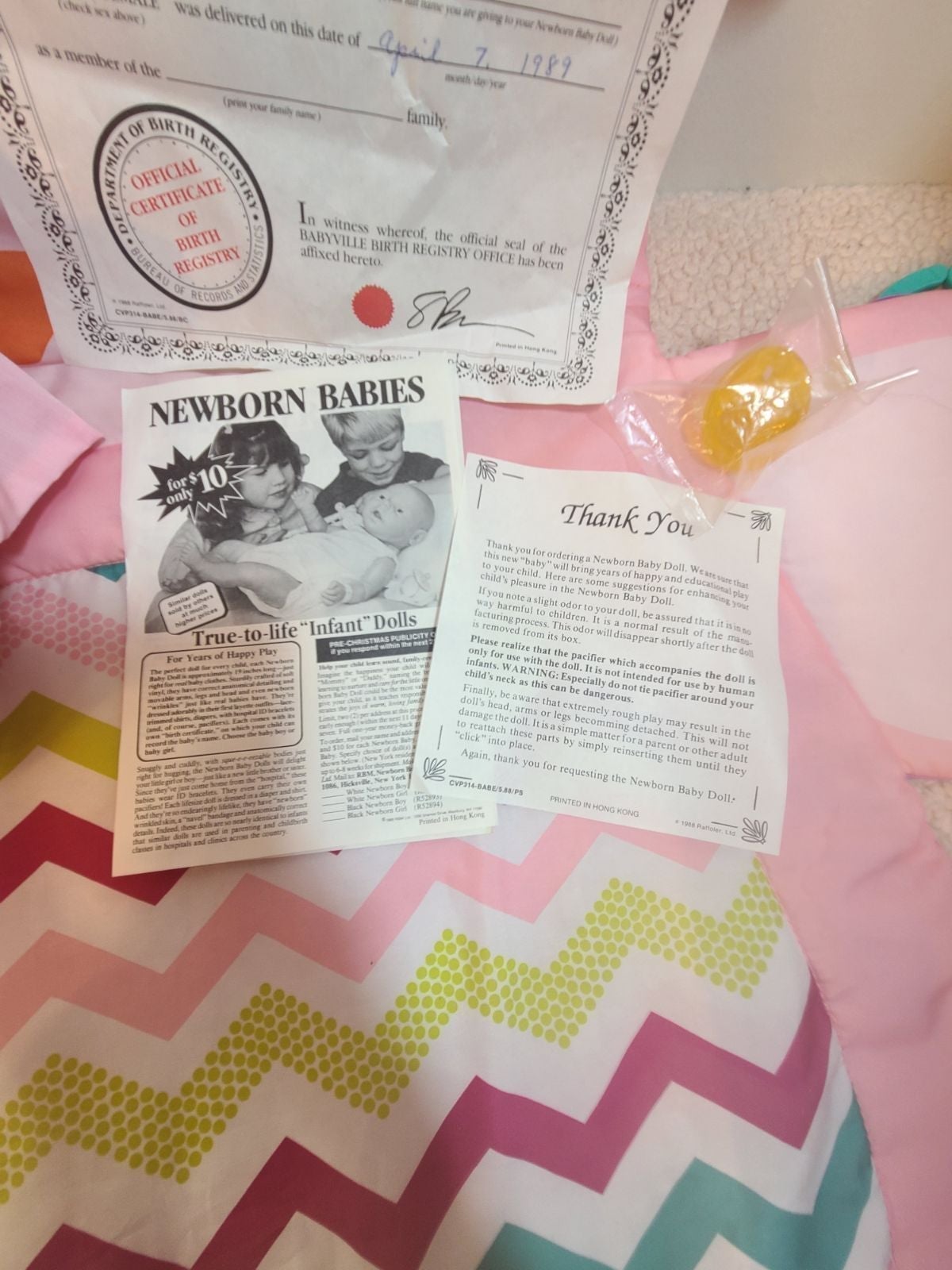 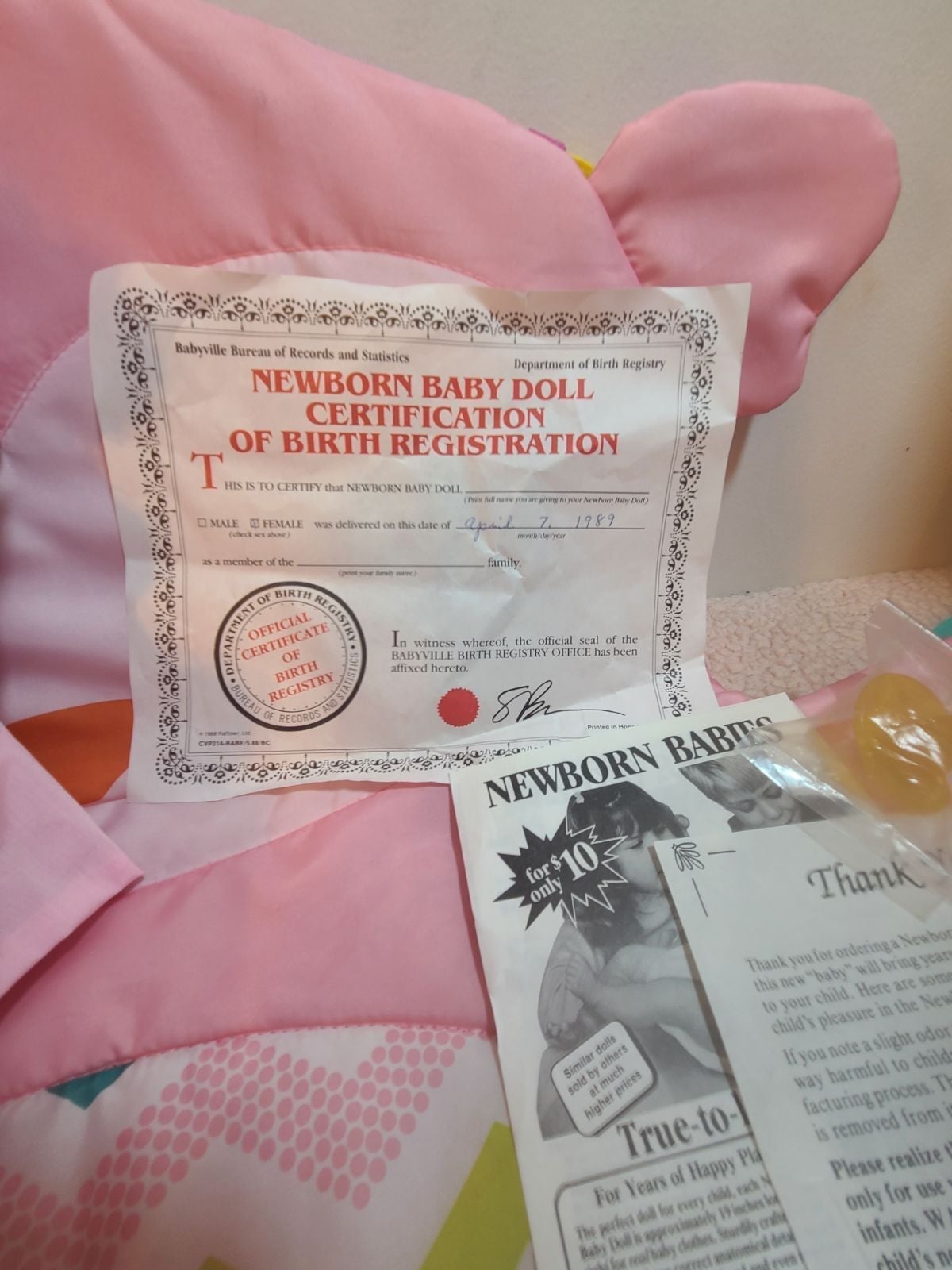 New In Box. This was my first time ever removing her from the box. All original clothing items besides the hat (not included). Unopened paci, all offical paper work included. No markings, no flaws NEW. Never played with. She is full soft squishie vinyl she is auto corrected. She may need dusted off, but thats typical lol. Price is firm you will not find this doll in brand new condition at all or this cheap. 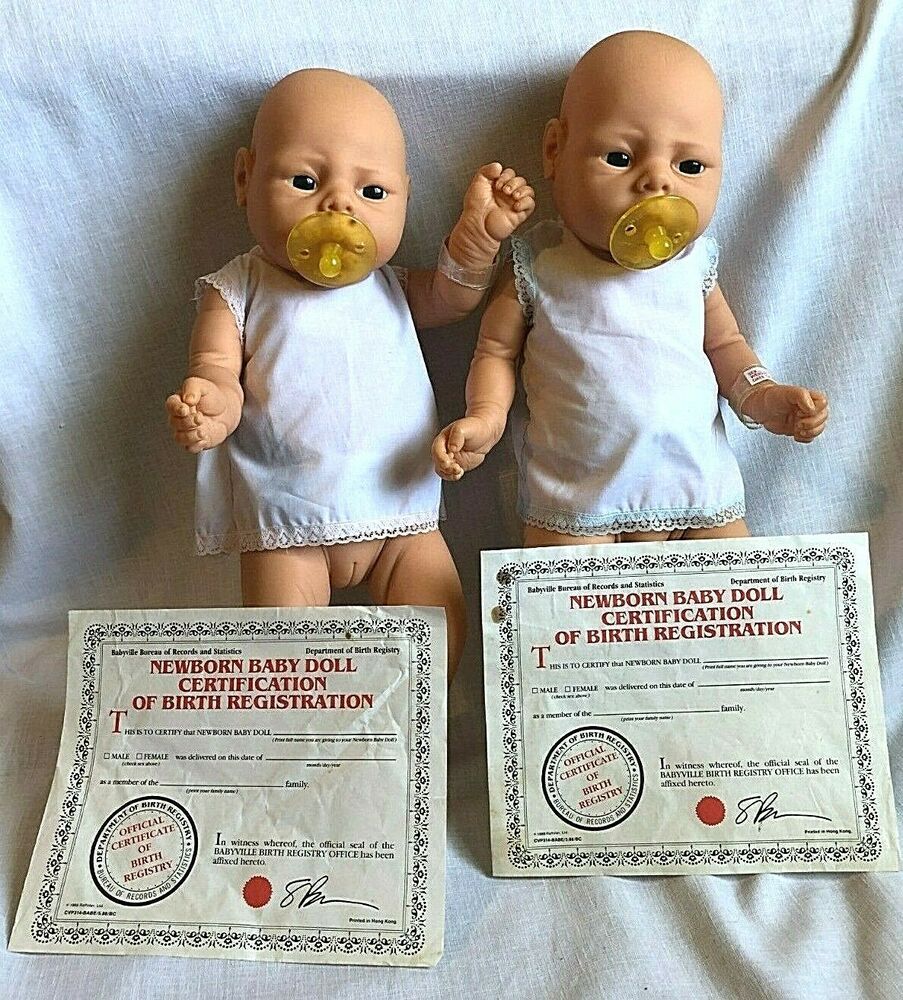 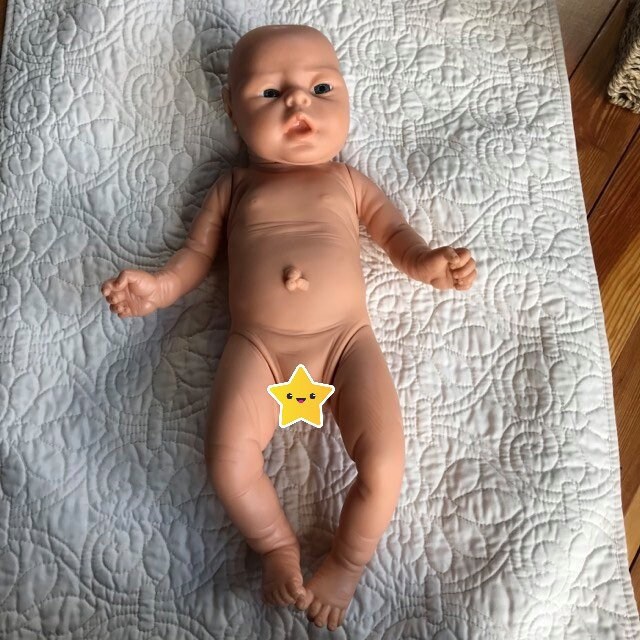