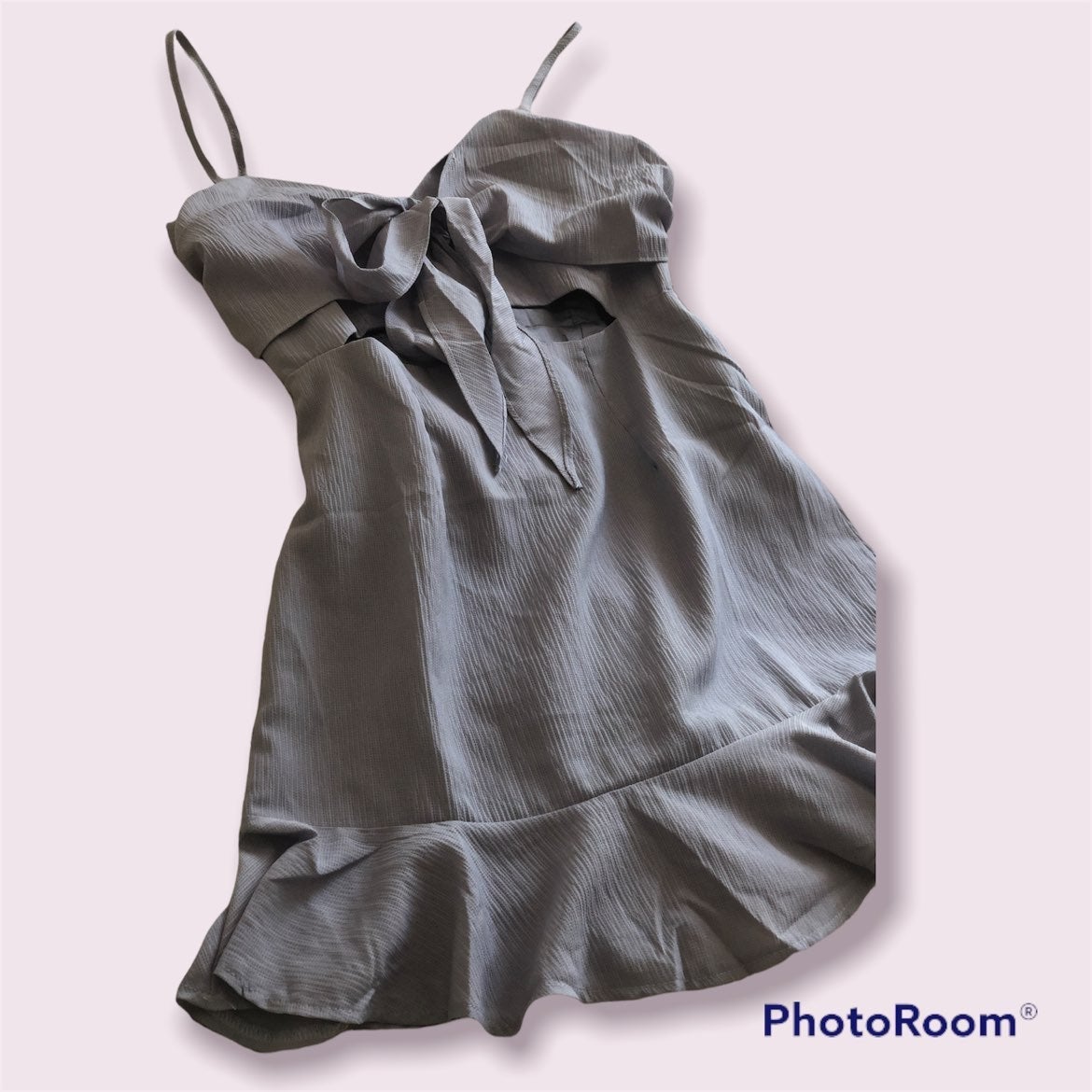 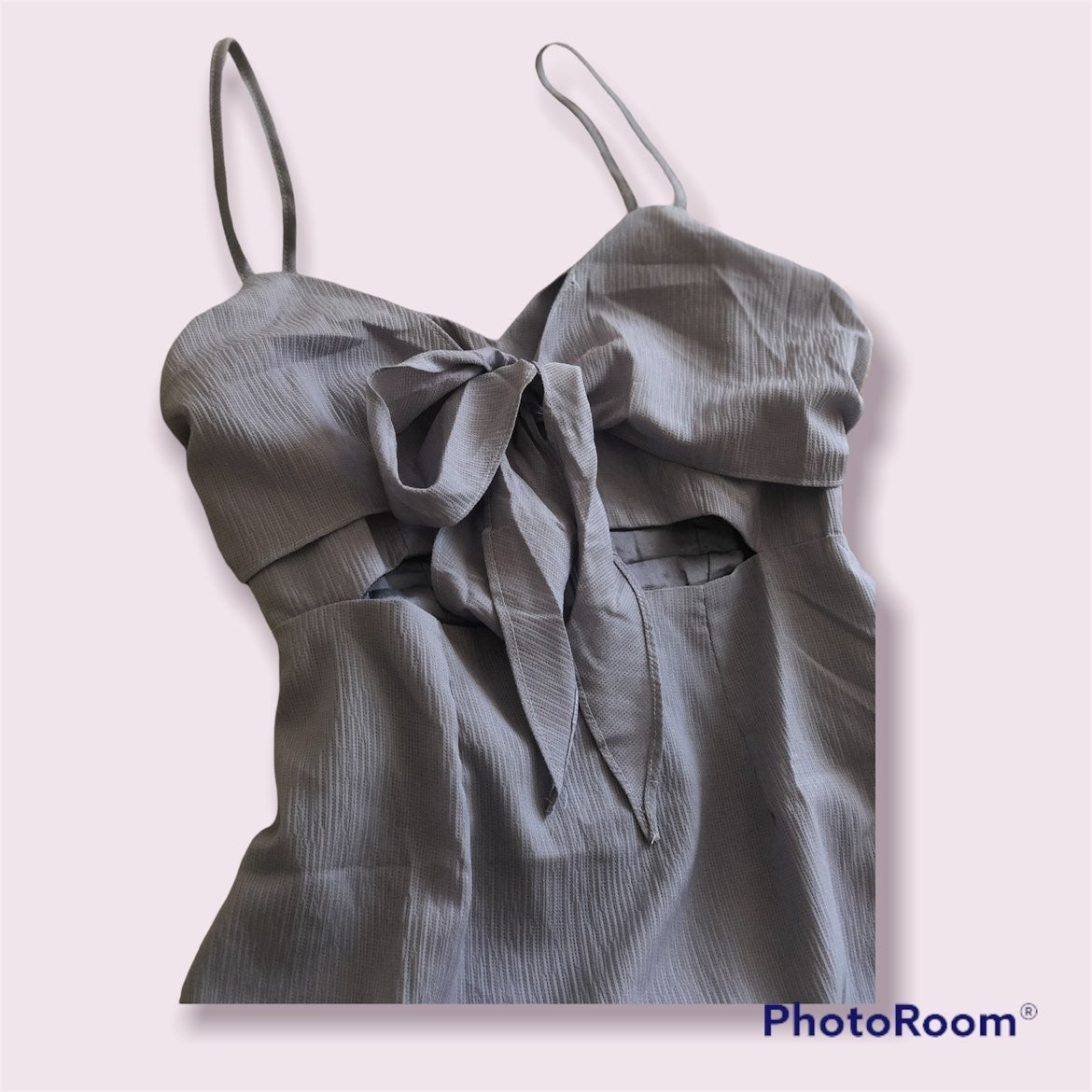 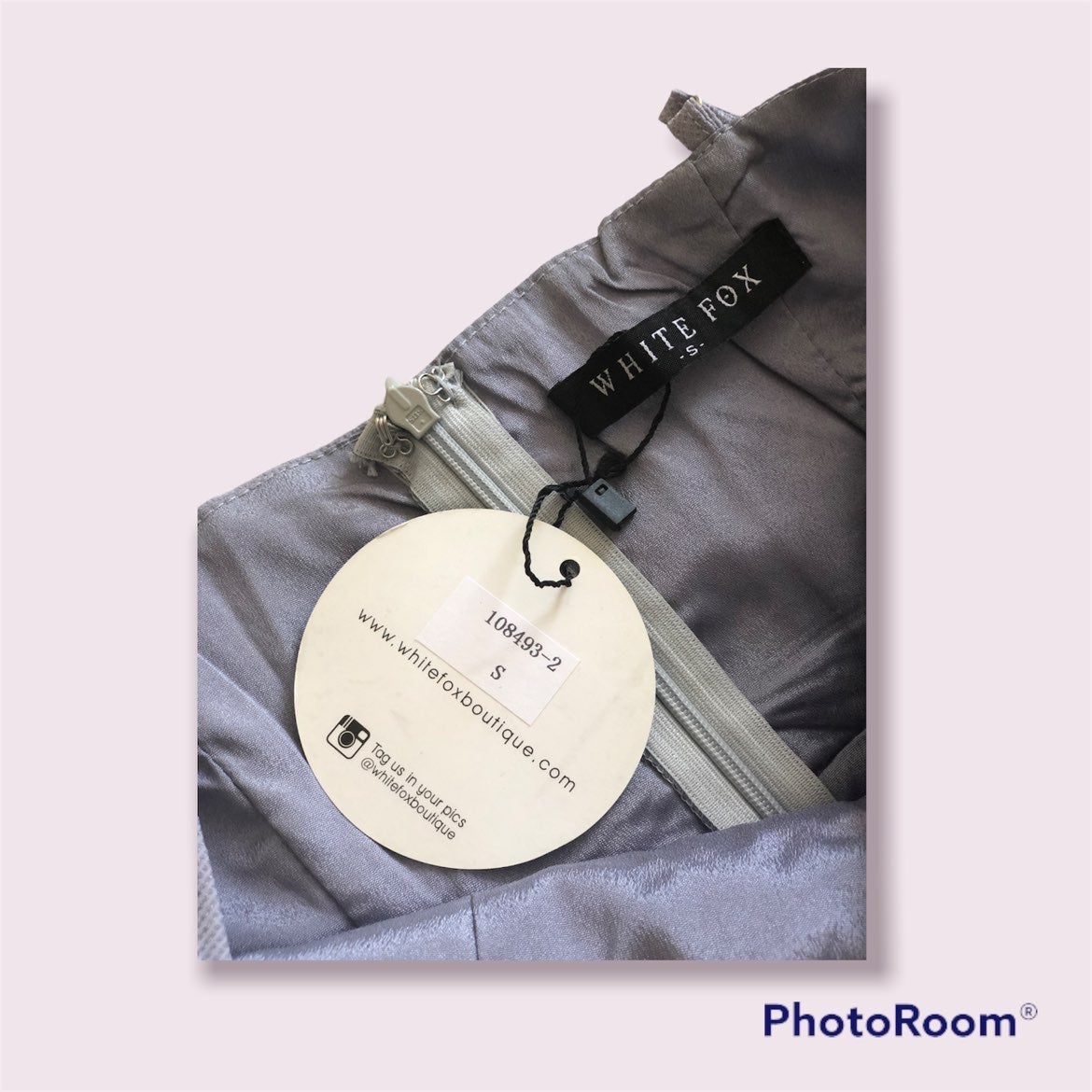 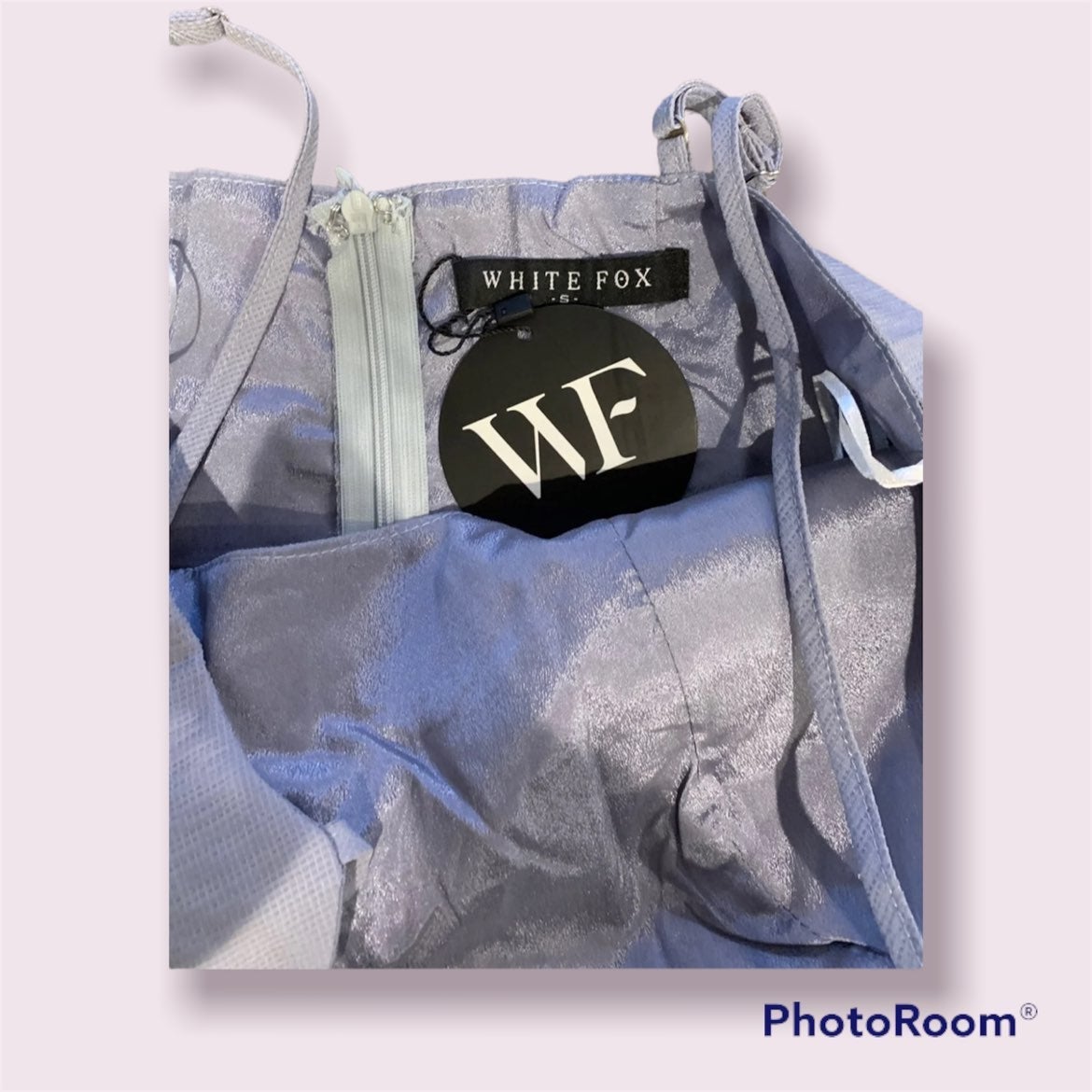 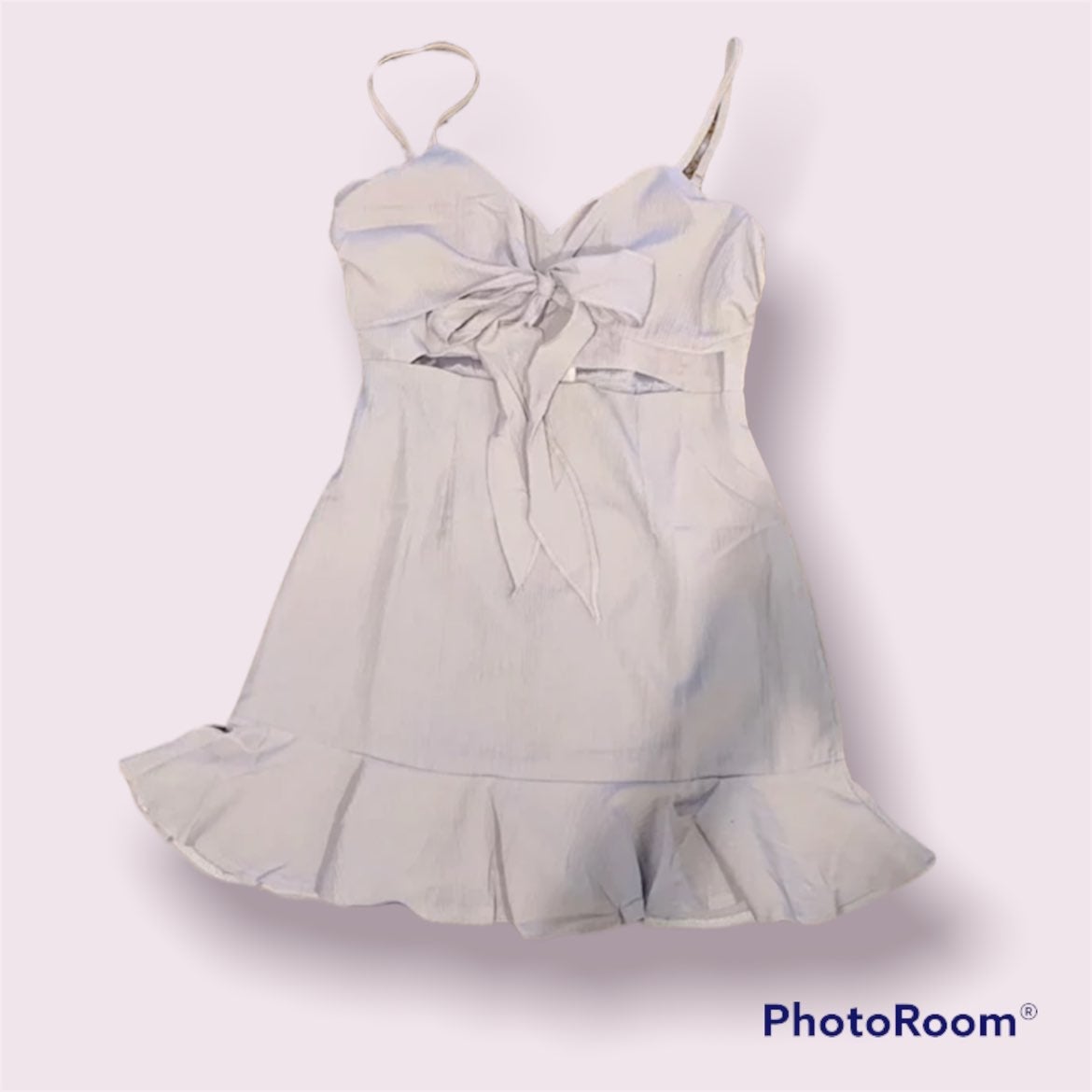 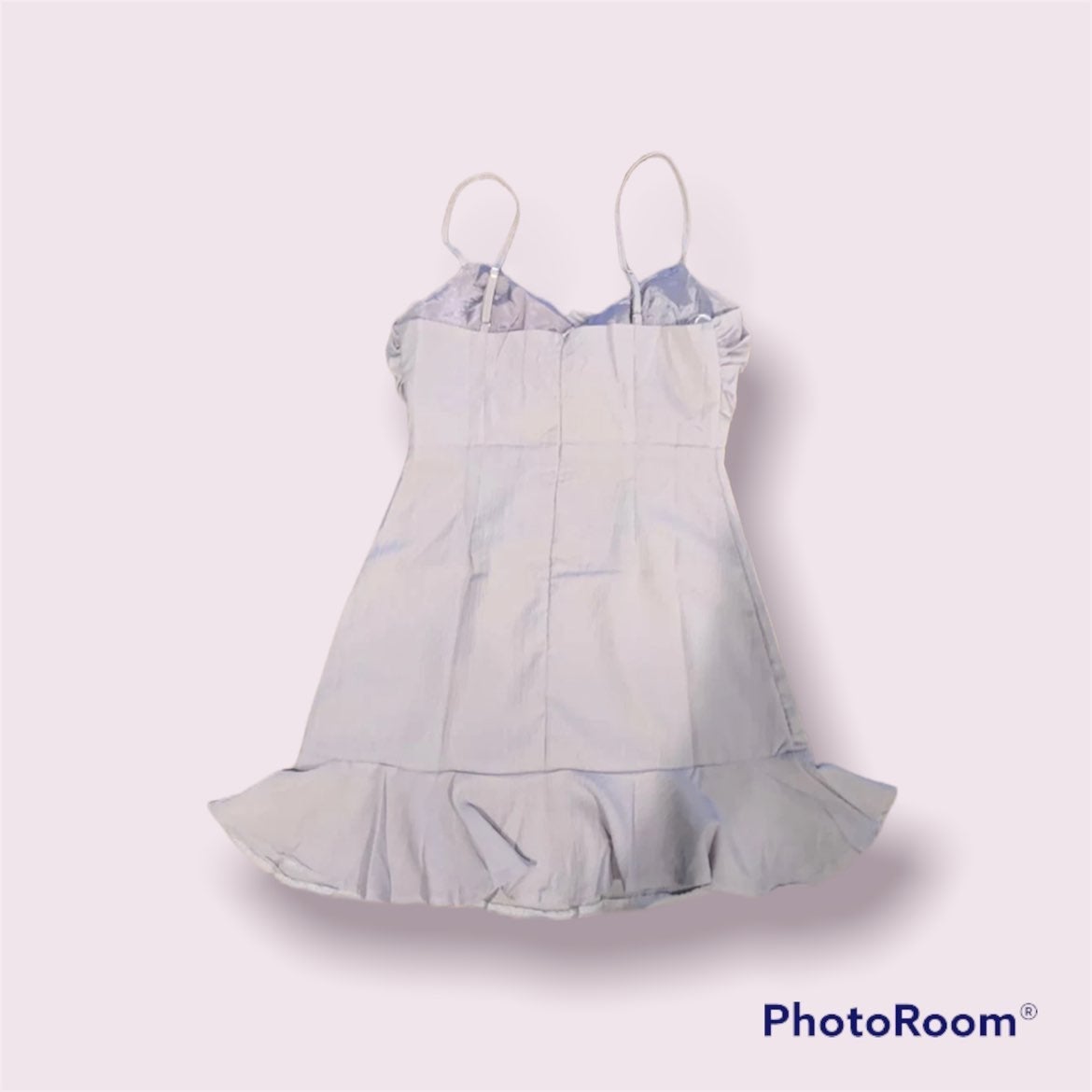 New with tags. Never worn before. Feminine number with a cut out and a bow in the front, perfect for a wedding guest or formal or birthday party! The most accurate color is in the first four photos, which is a light greyish lavender. Size Small. 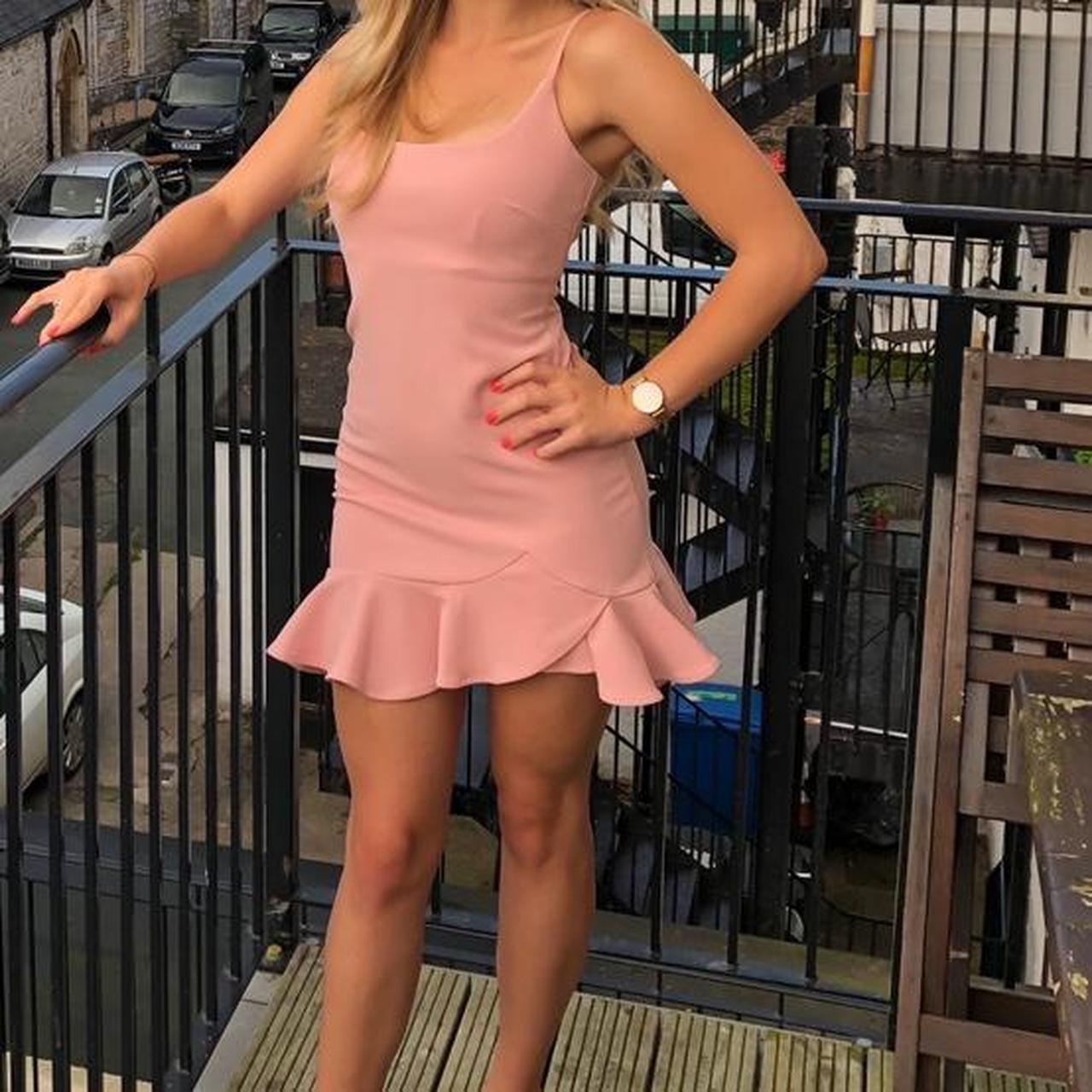