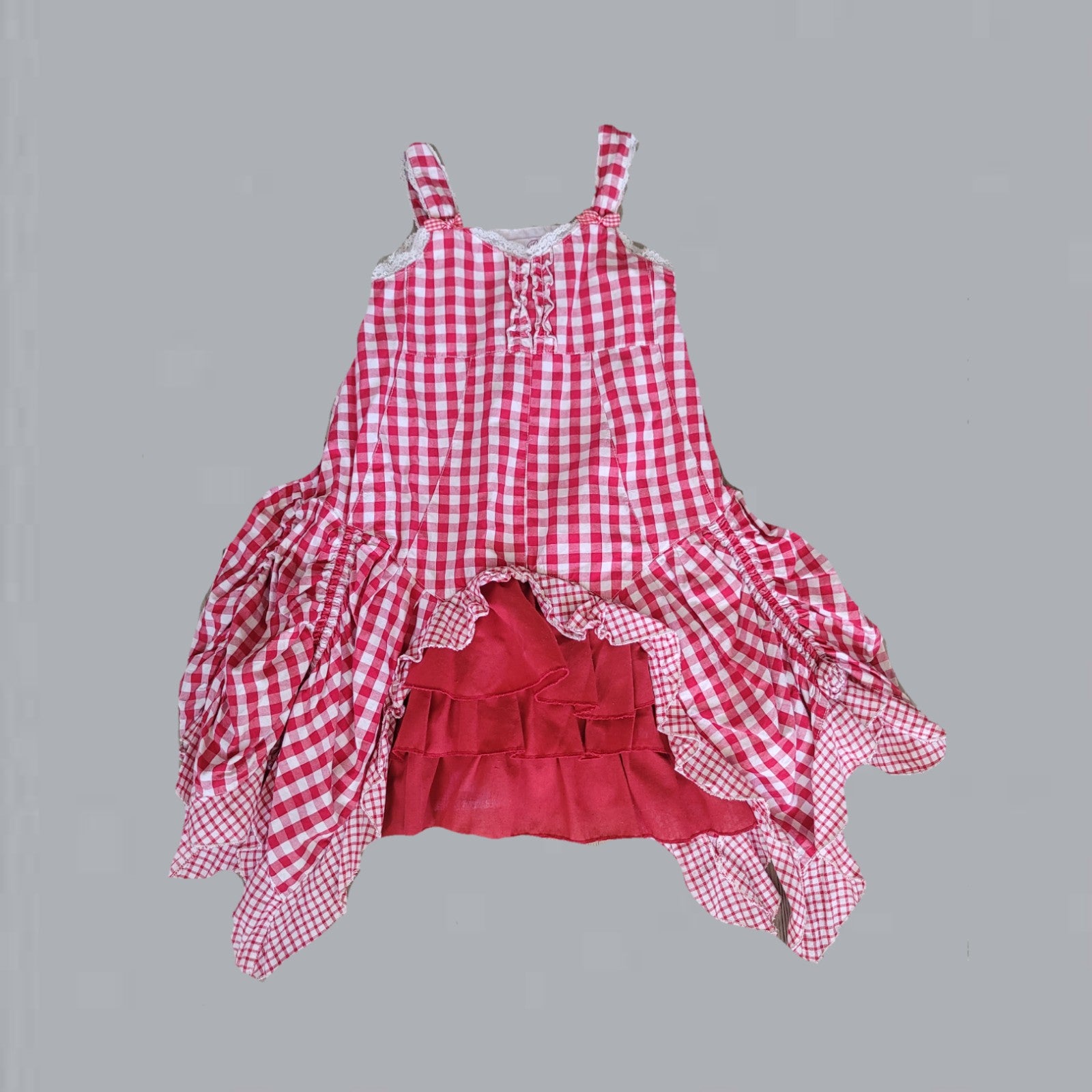 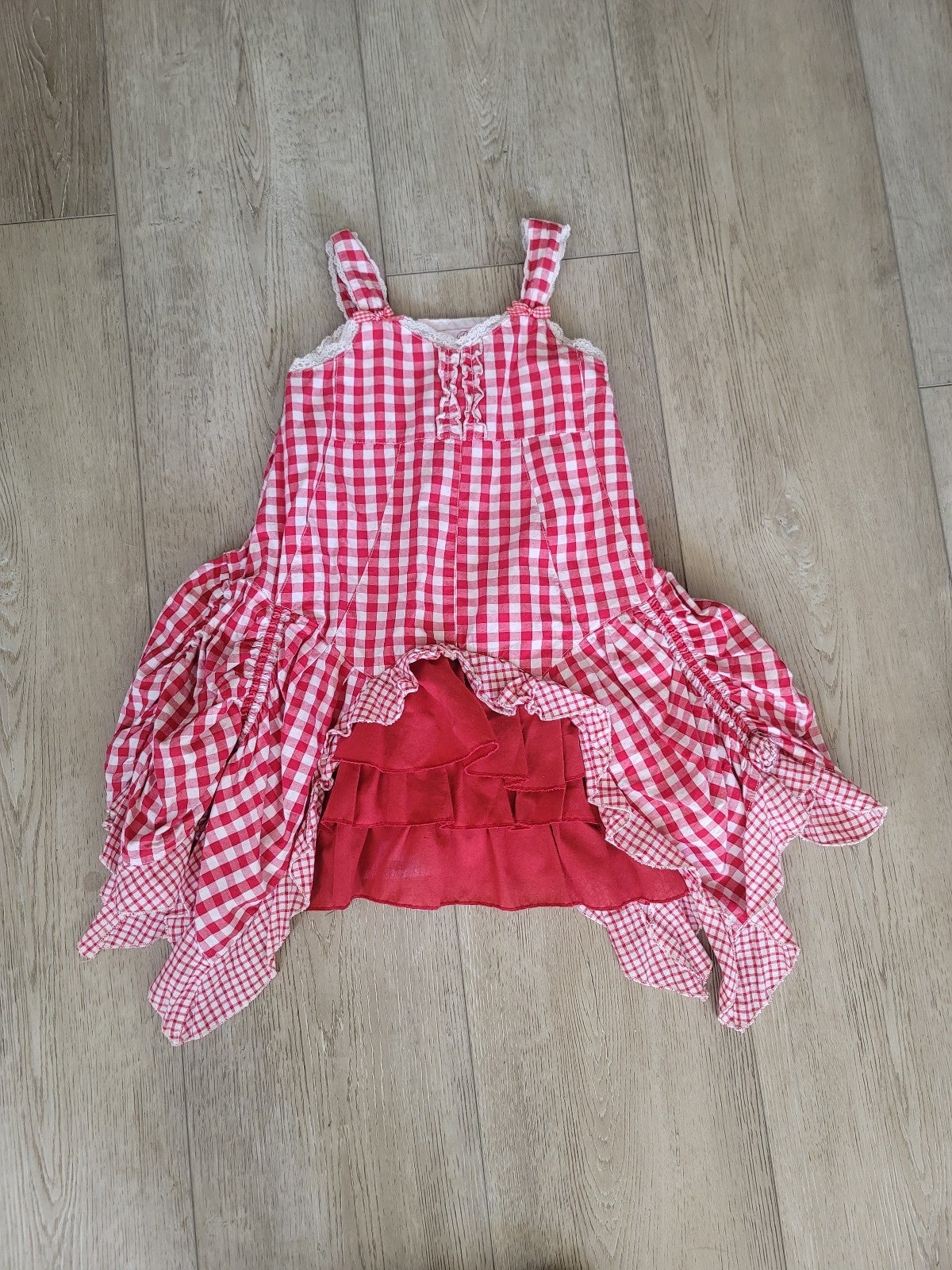 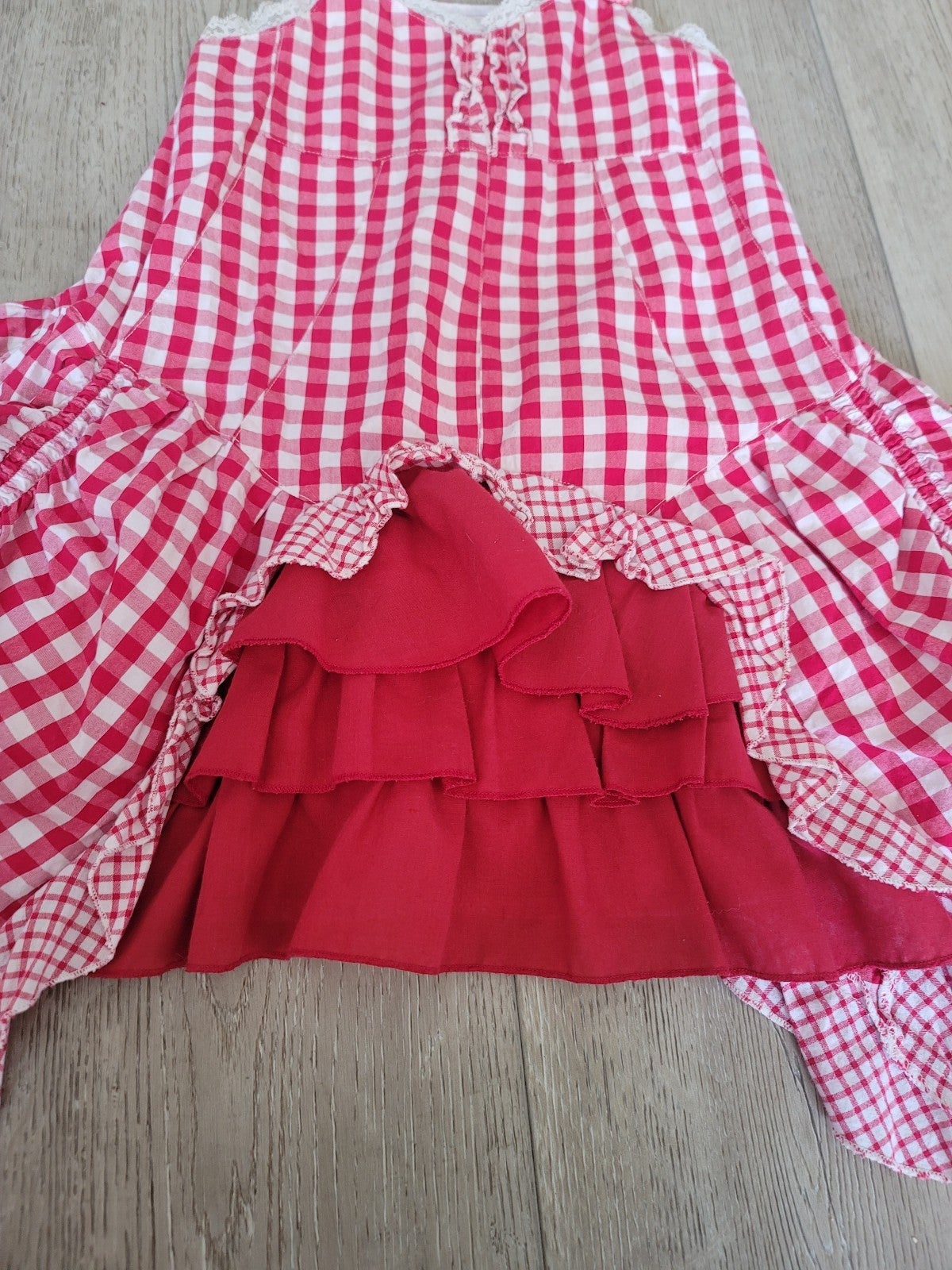 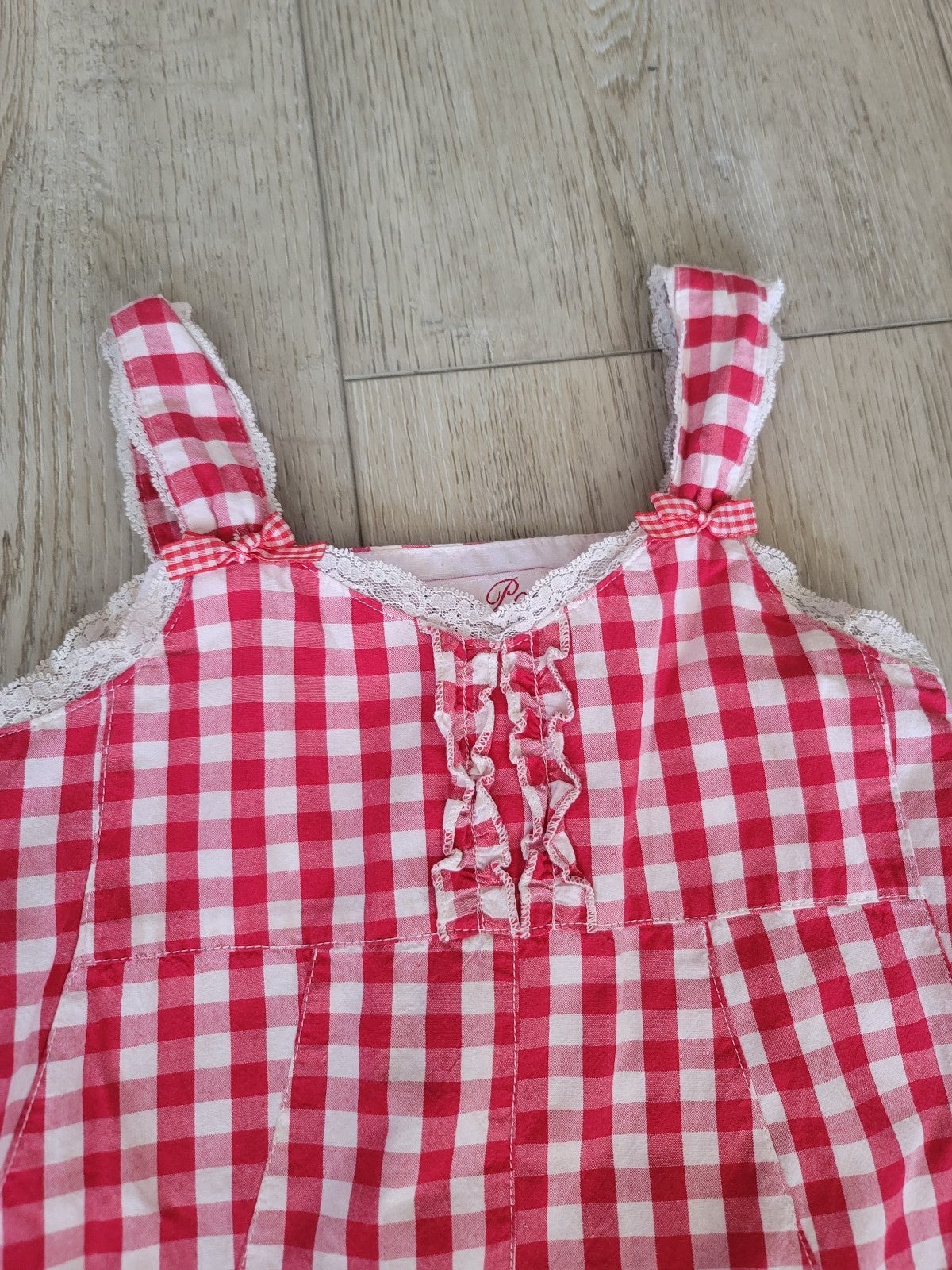 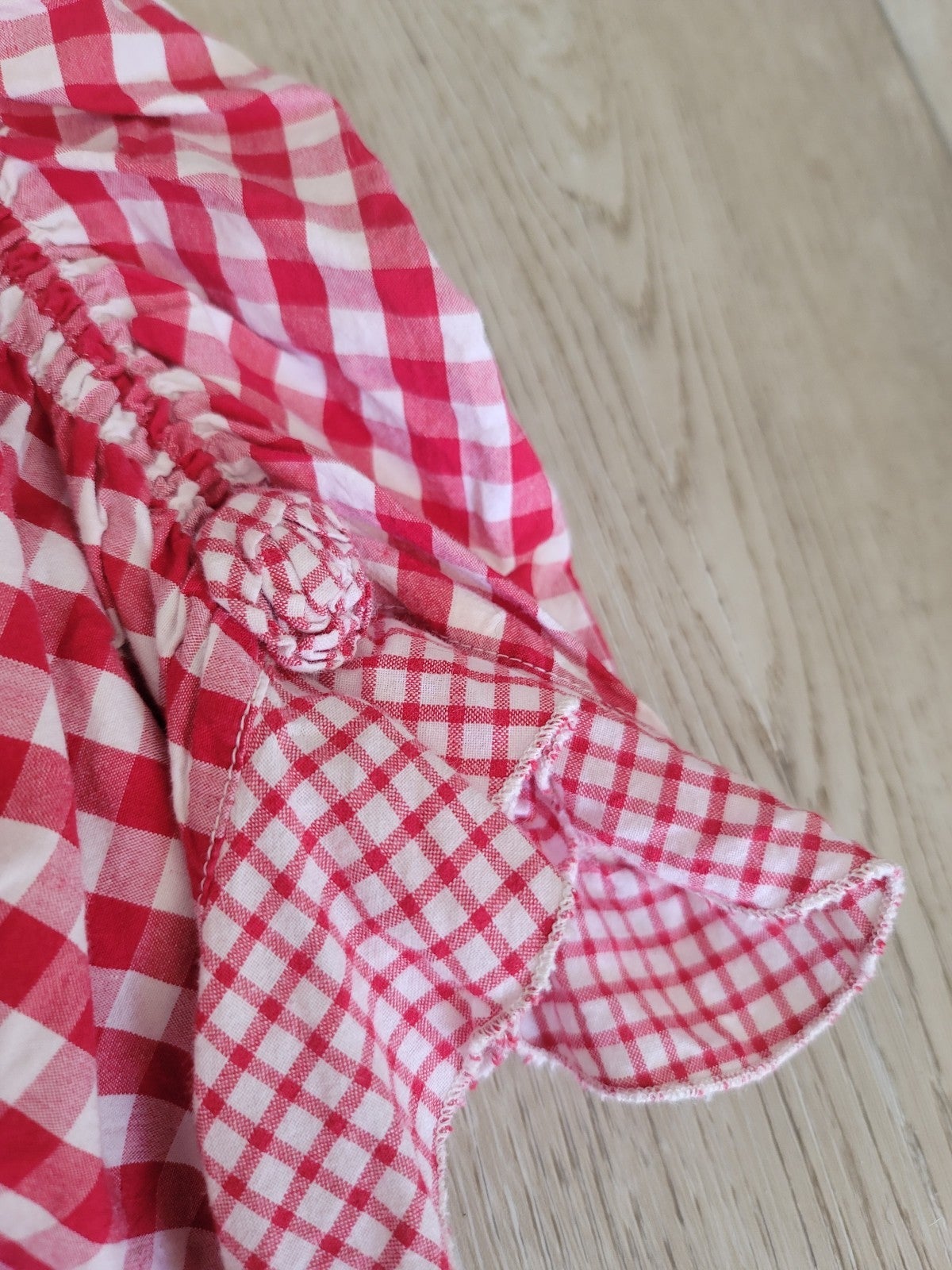 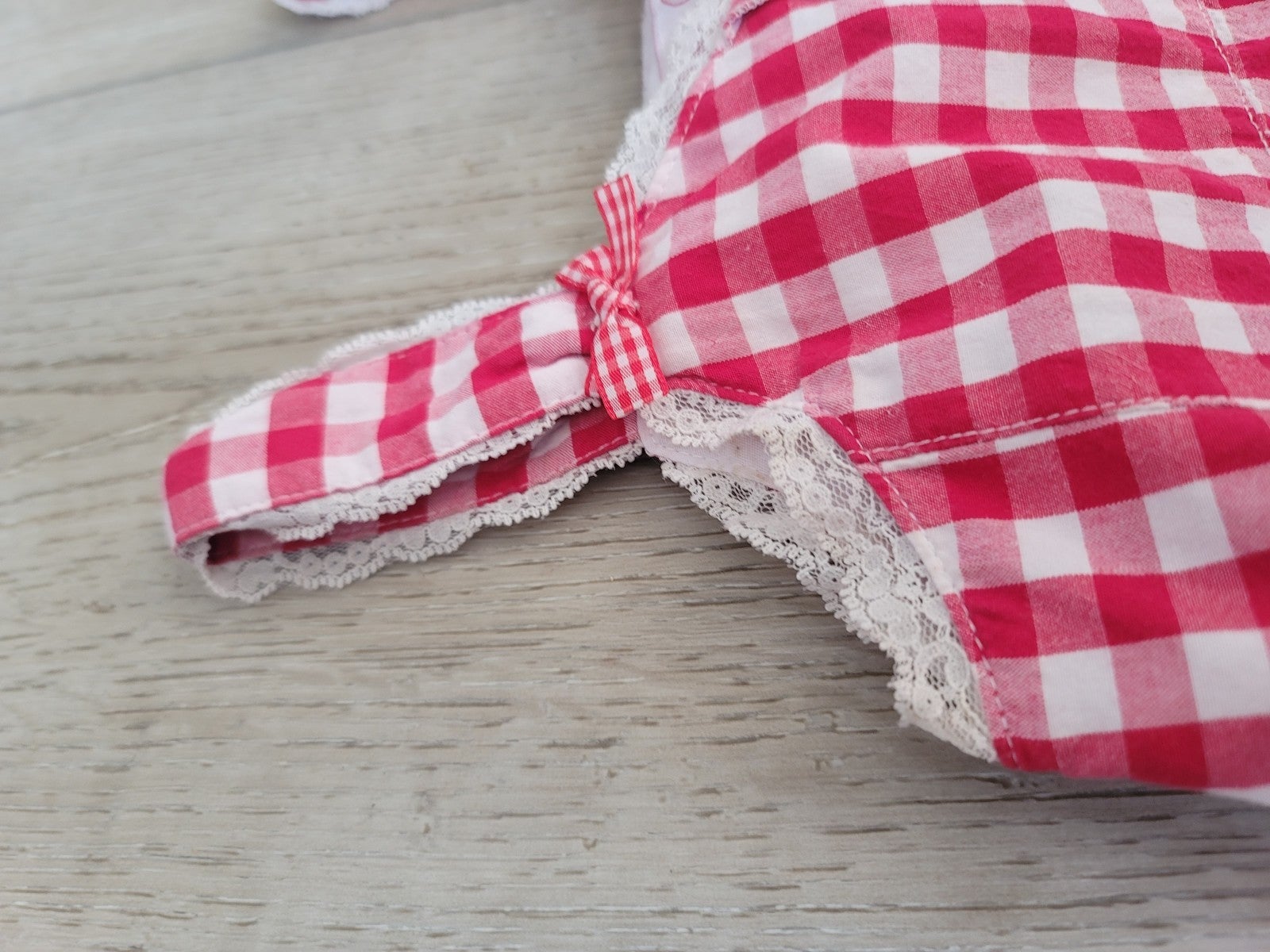 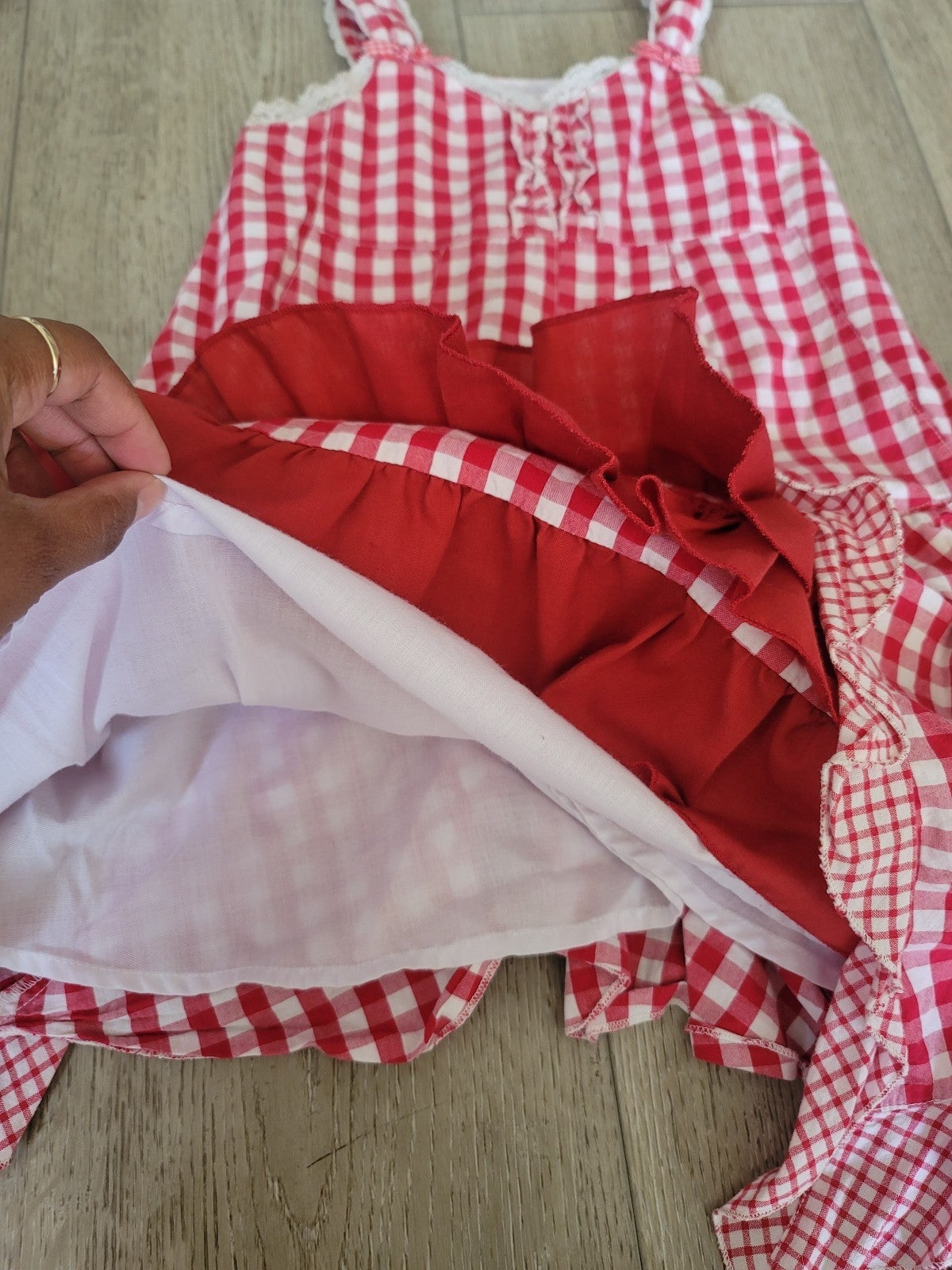 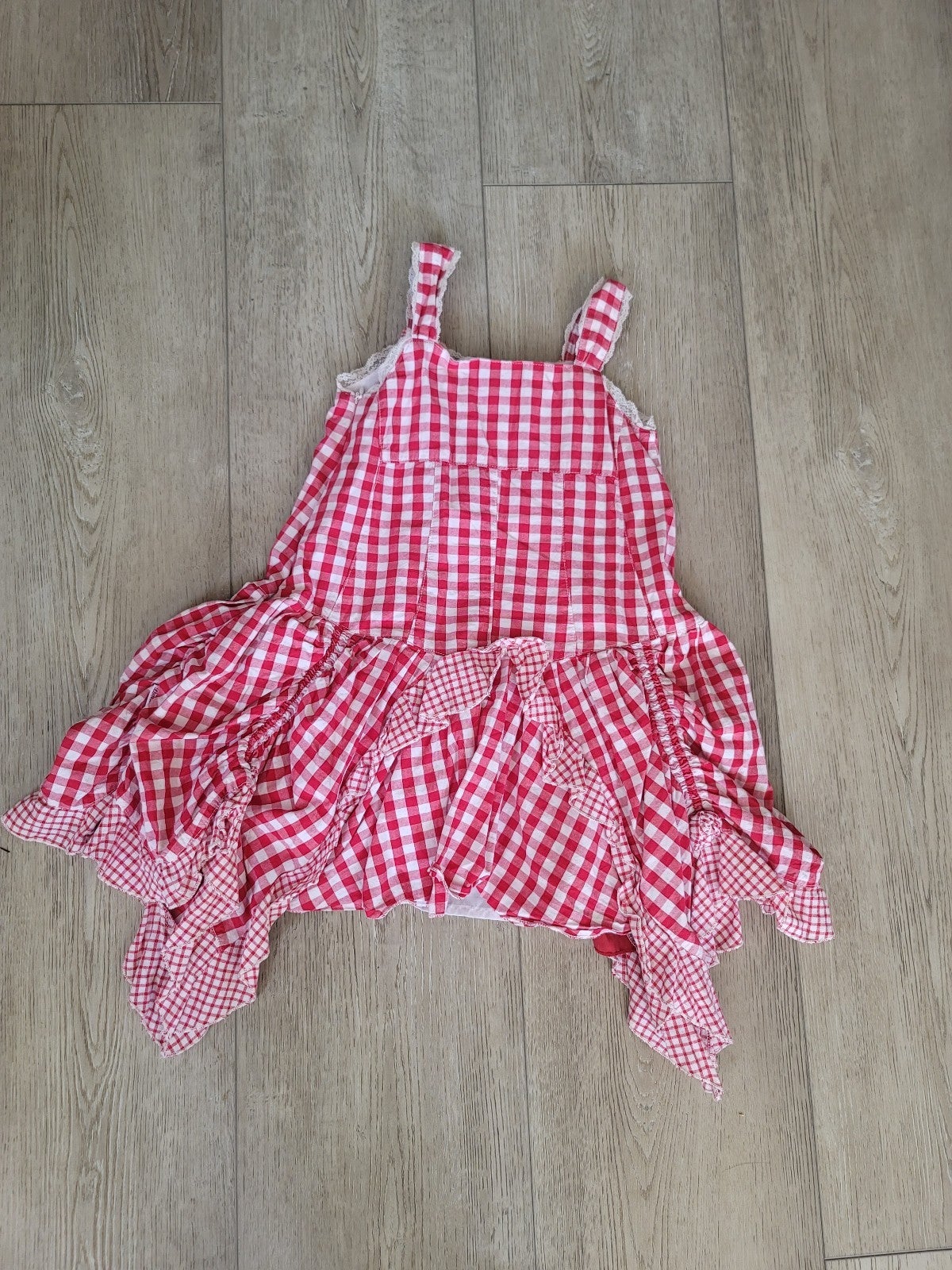 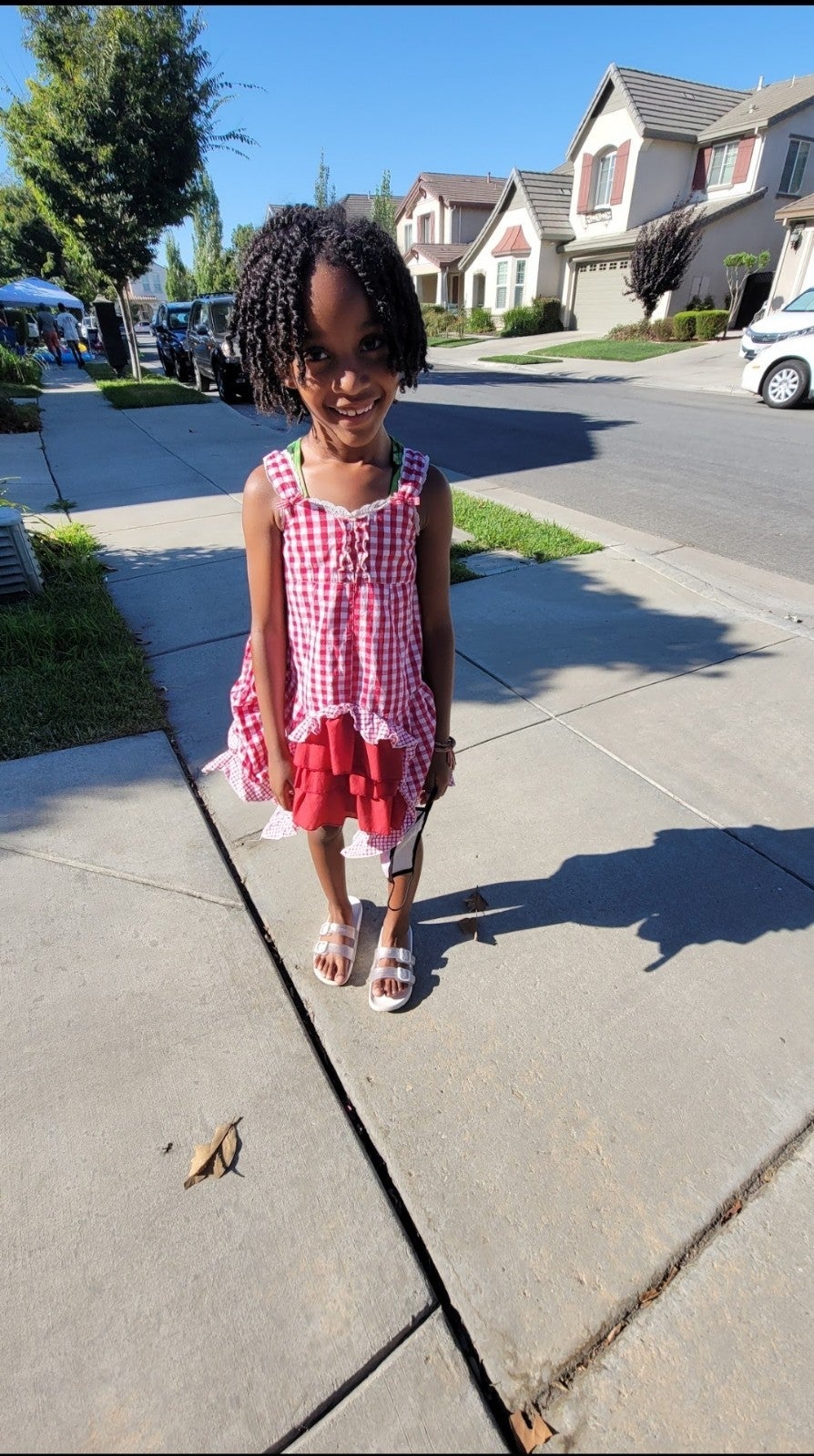 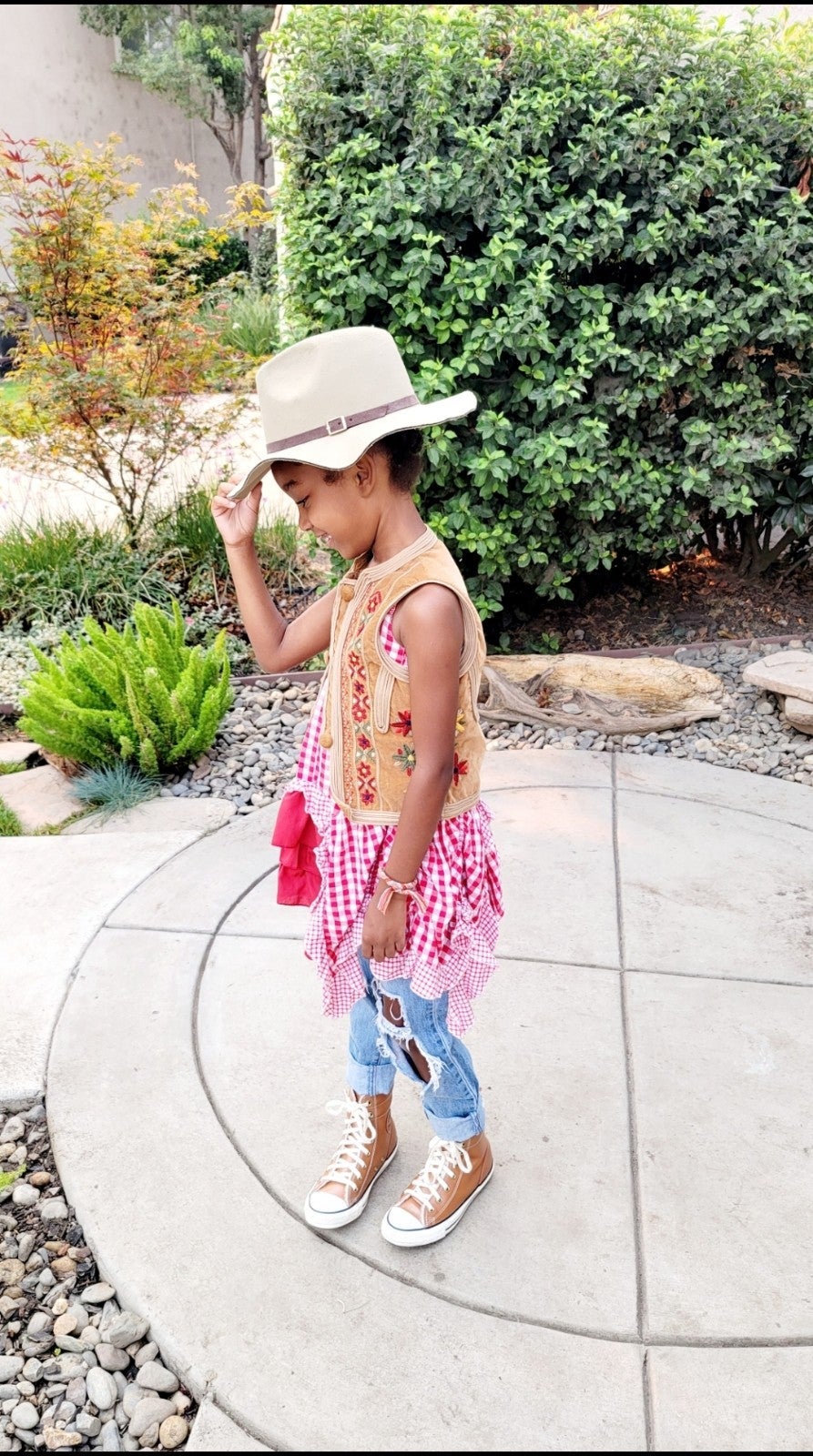 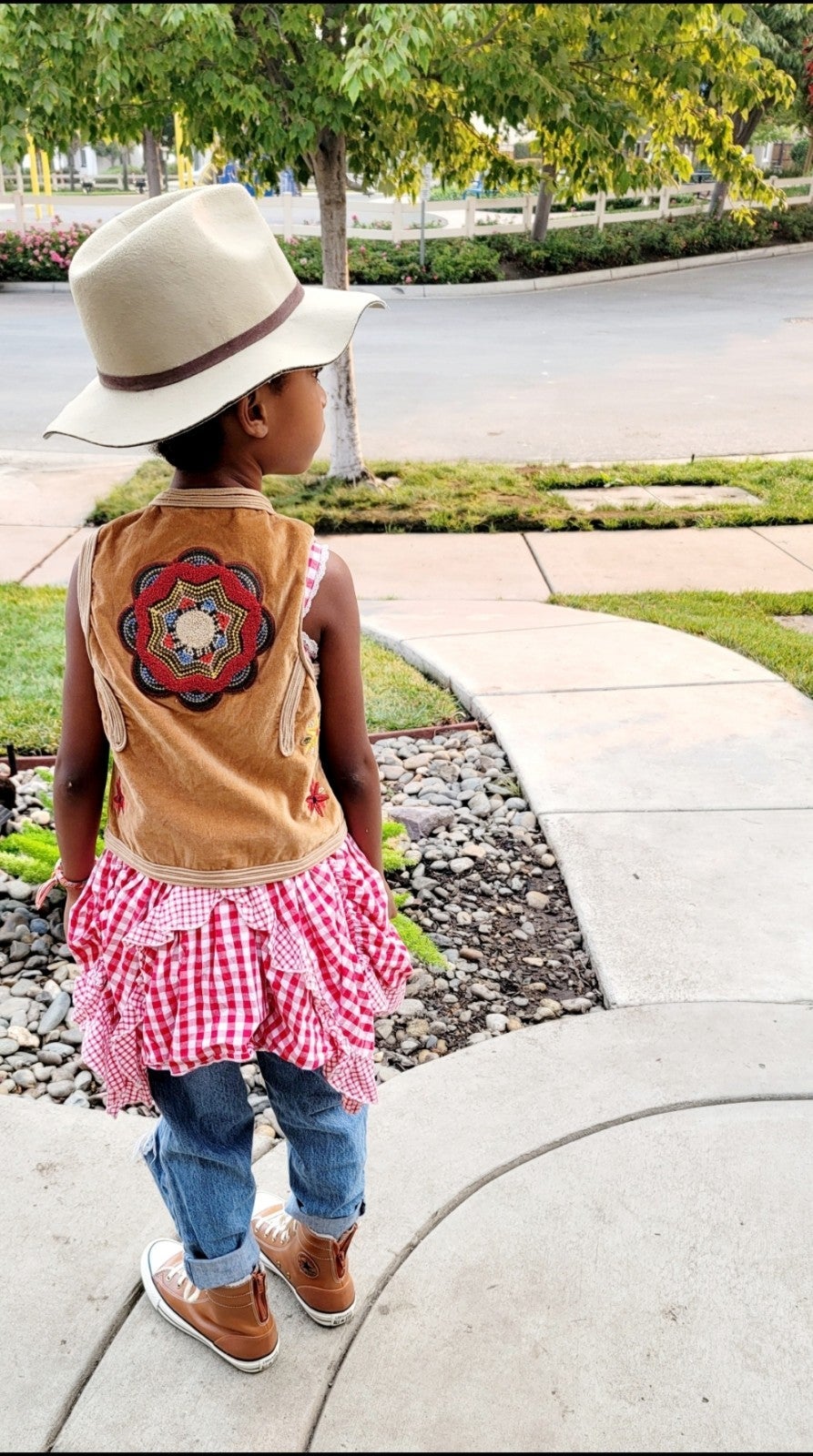 A darling take on a classic, All-American gingham (checkered plaid) print for your princess! This sweet farmhouse inspired handkerchief dress is perfect for your summer festivities/holidays but can definitely suit your fall photo ops too! The combo of ruffles/plaid/lace is perfect for your girly girl and would be suitable for your tomboy too! Wish we paired this dress with cowboy boots (swipe to see how my daughter styled at 7y)! Tagged 116 (Euro) and runs like a 6/6x. Brand is Pom Pom kids and while I'm not familiar with the brand, this dress is totally reminiscent of Room Seven, Jelly the Pug or Matilda Jane vibes! Overall good to very good condition (bc we are second owners) with no major signs of wear! 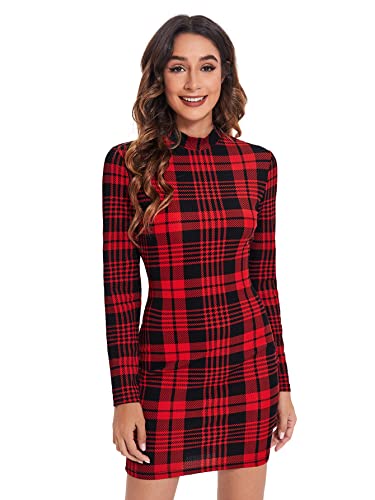 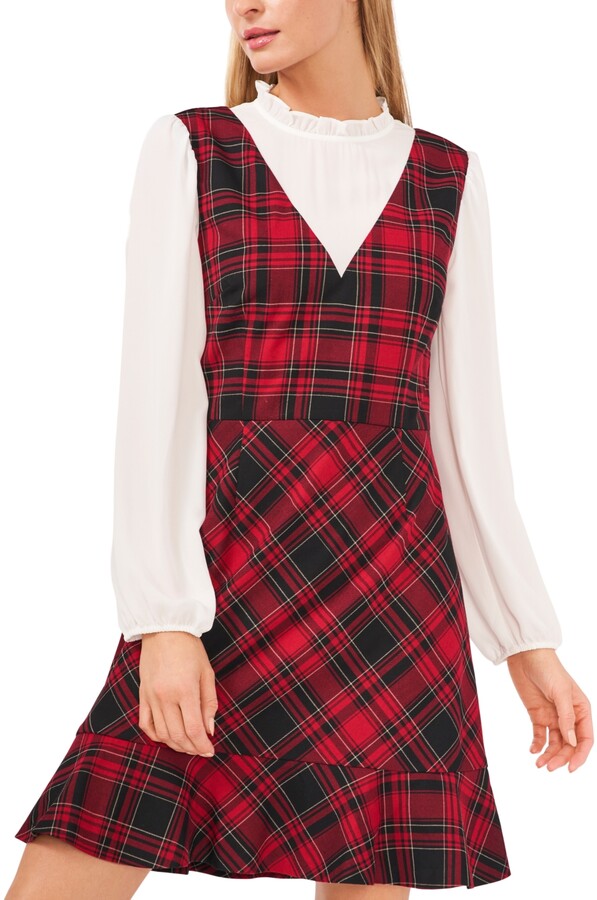 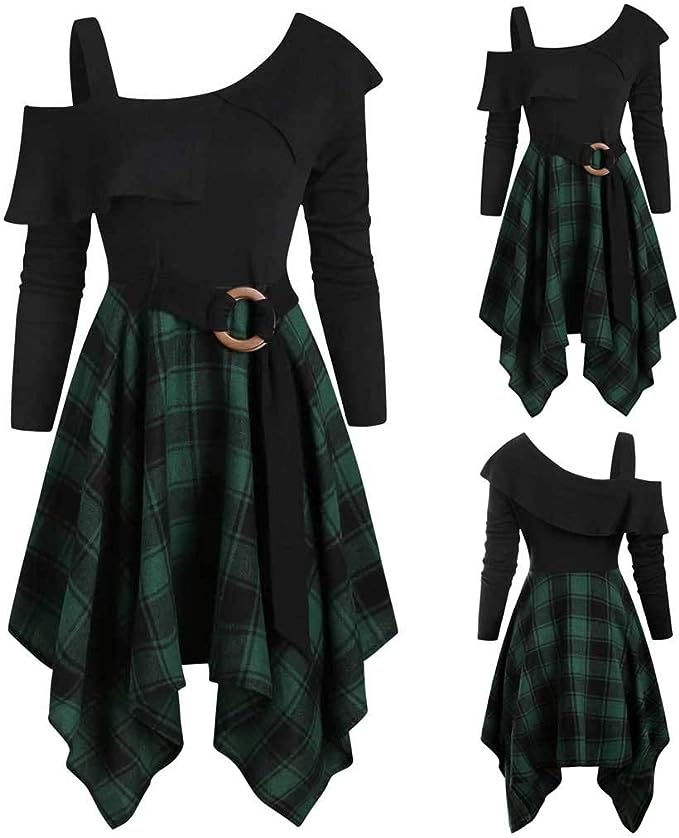 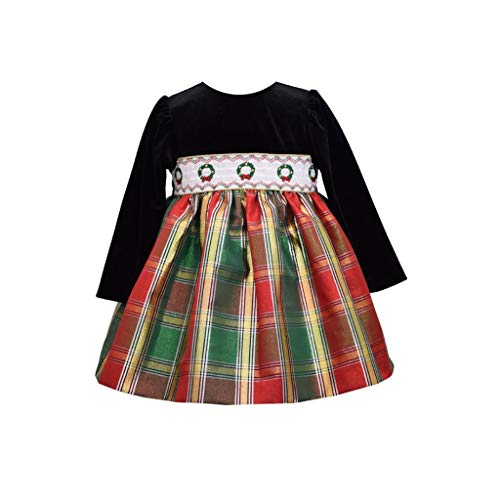 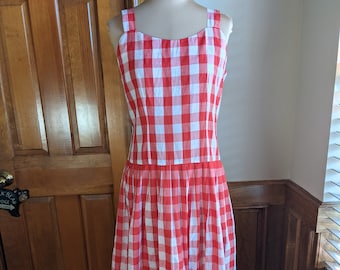 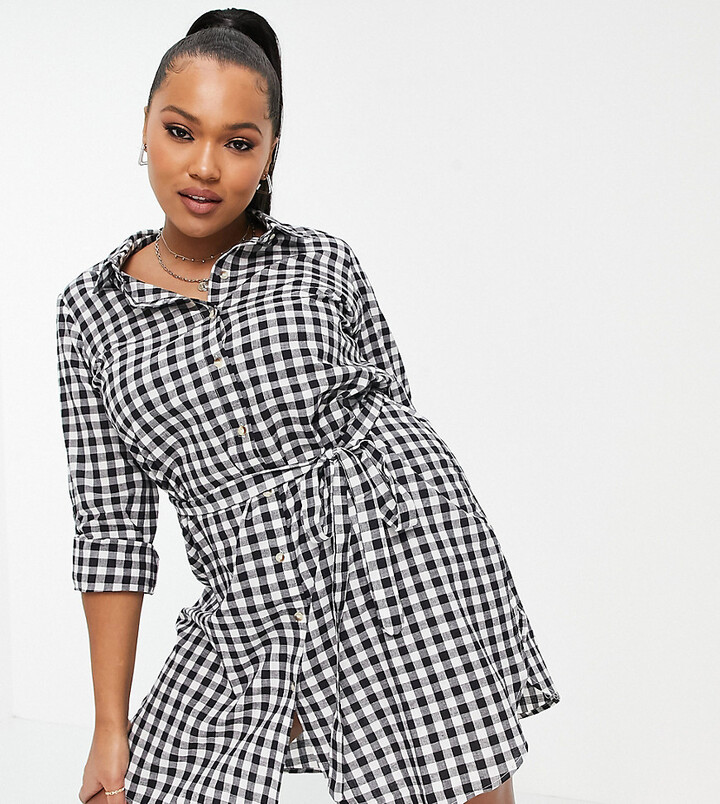 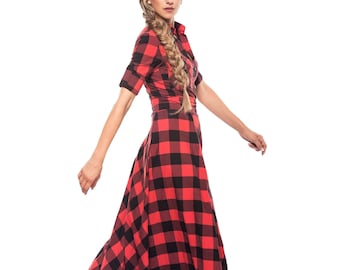 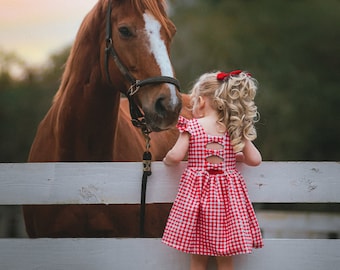 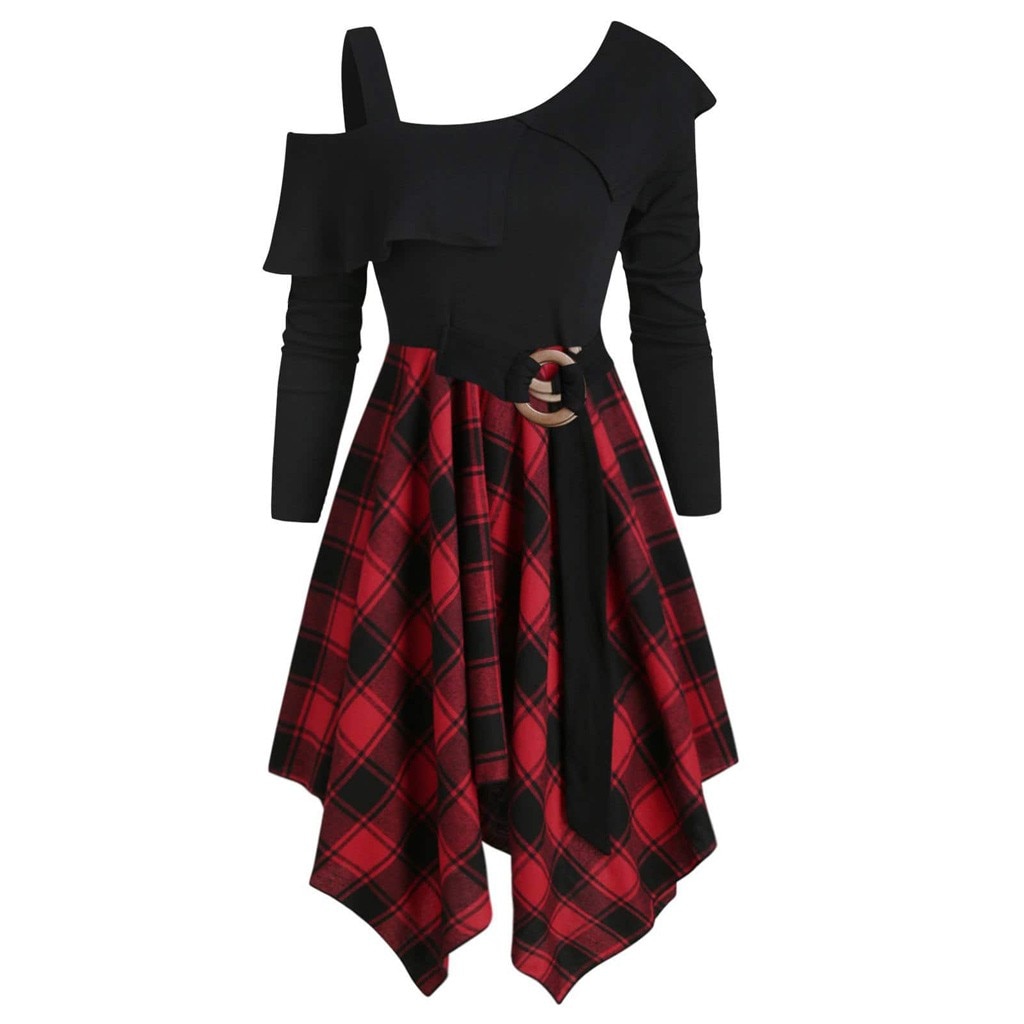 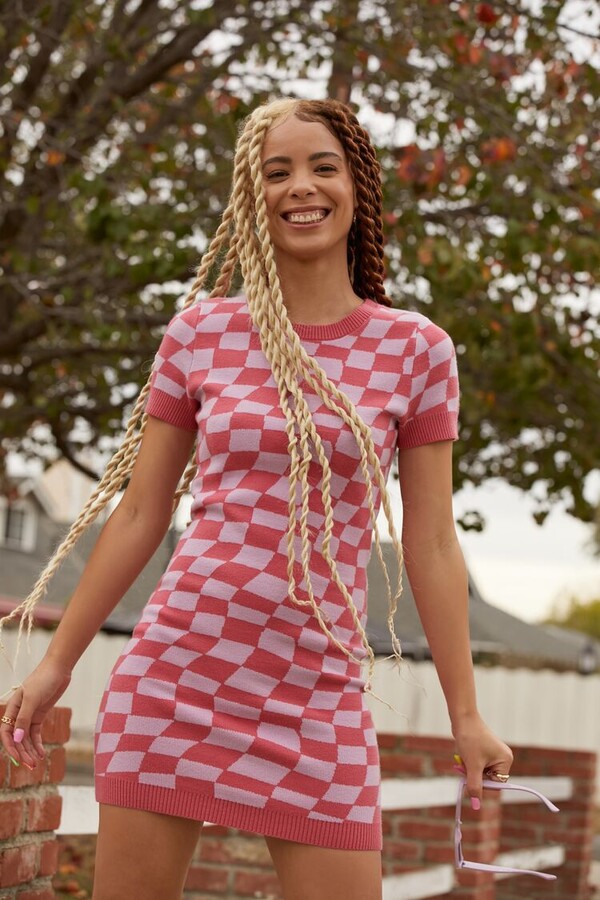 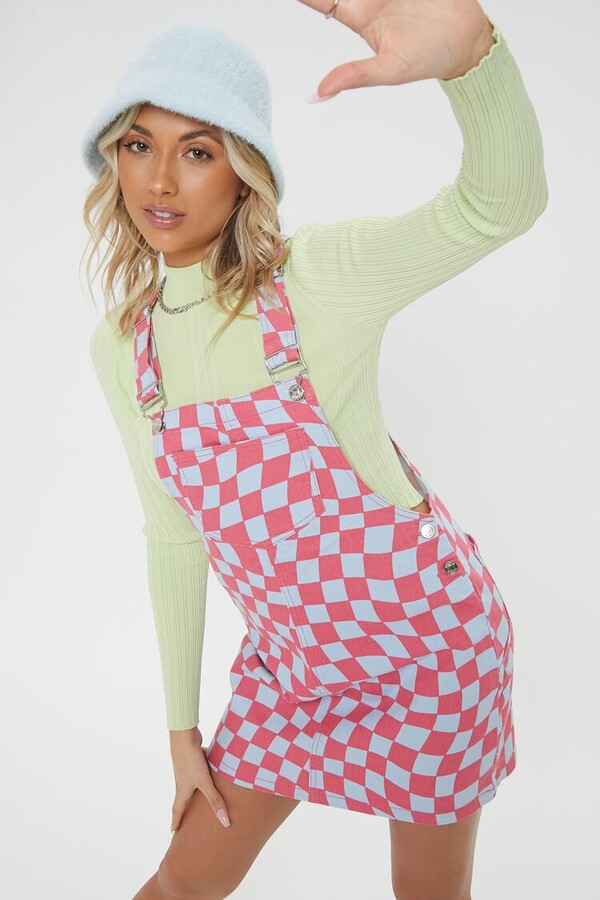