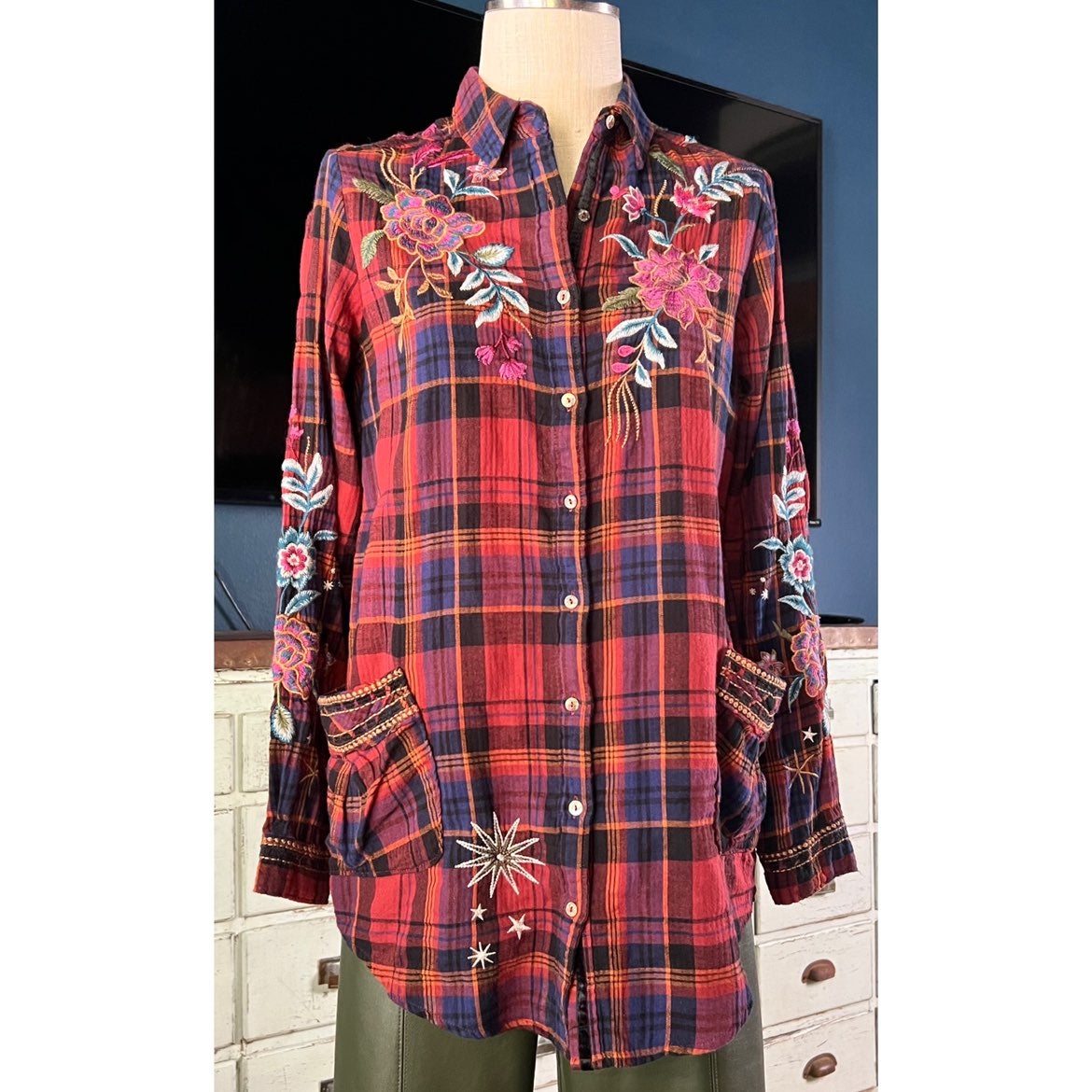 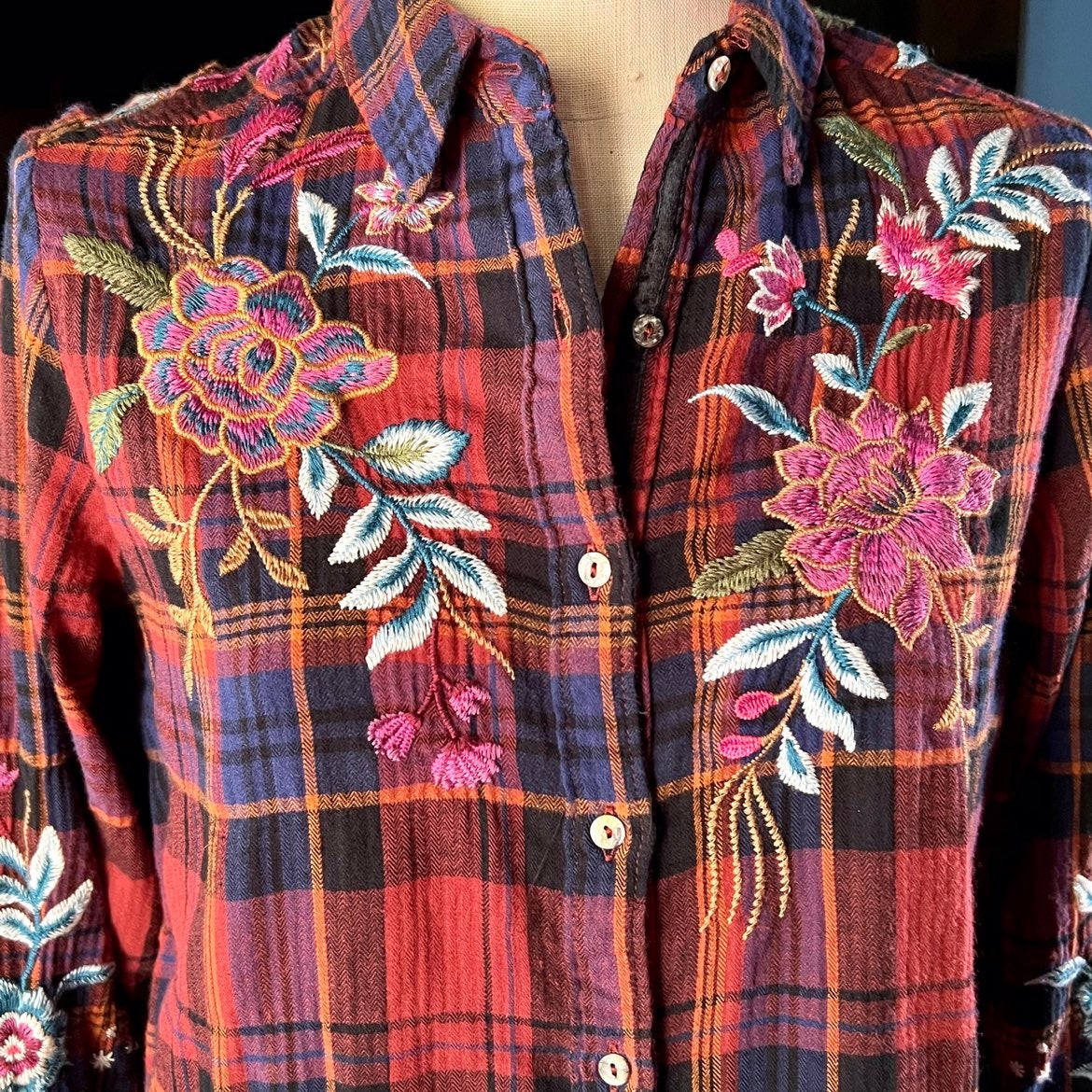 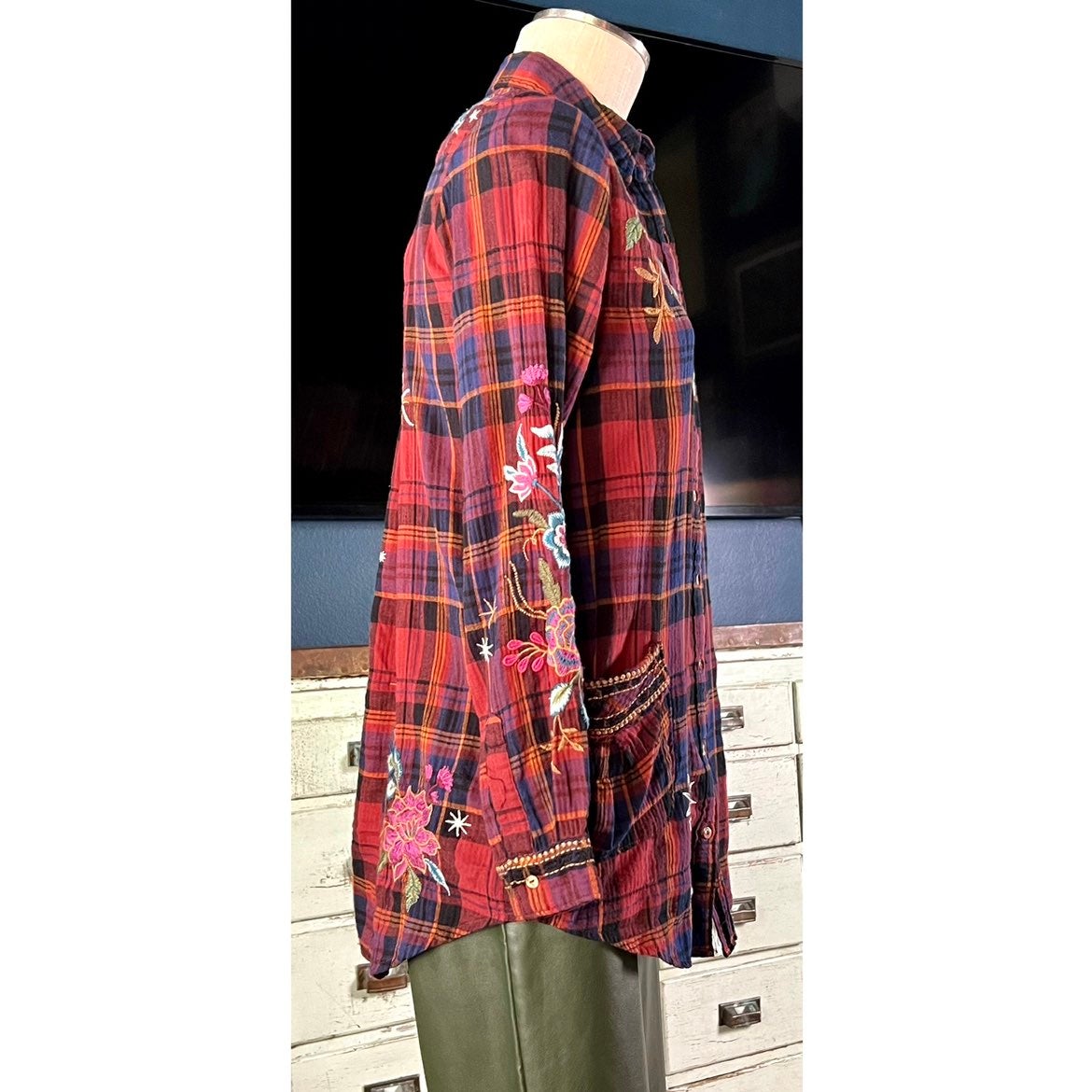 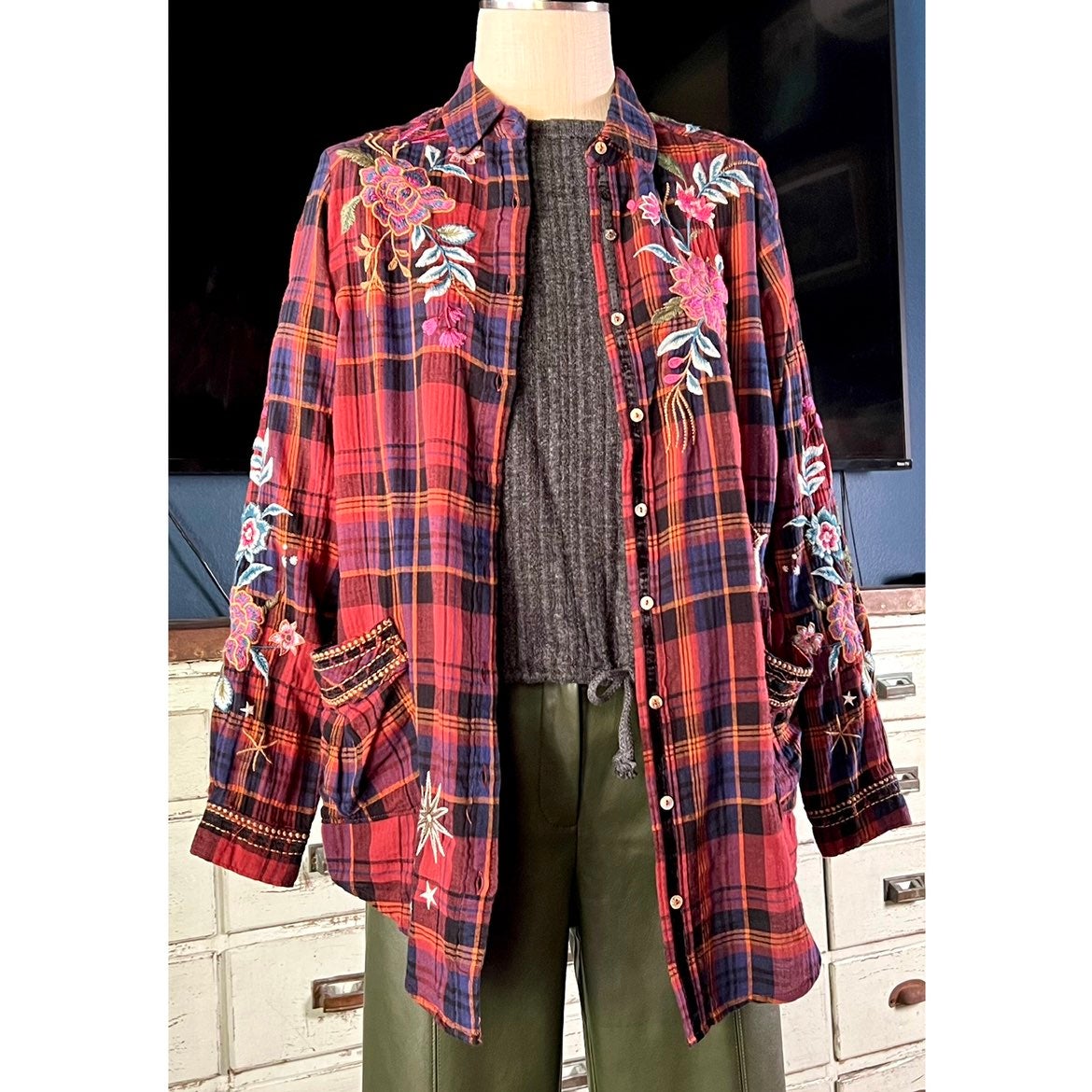 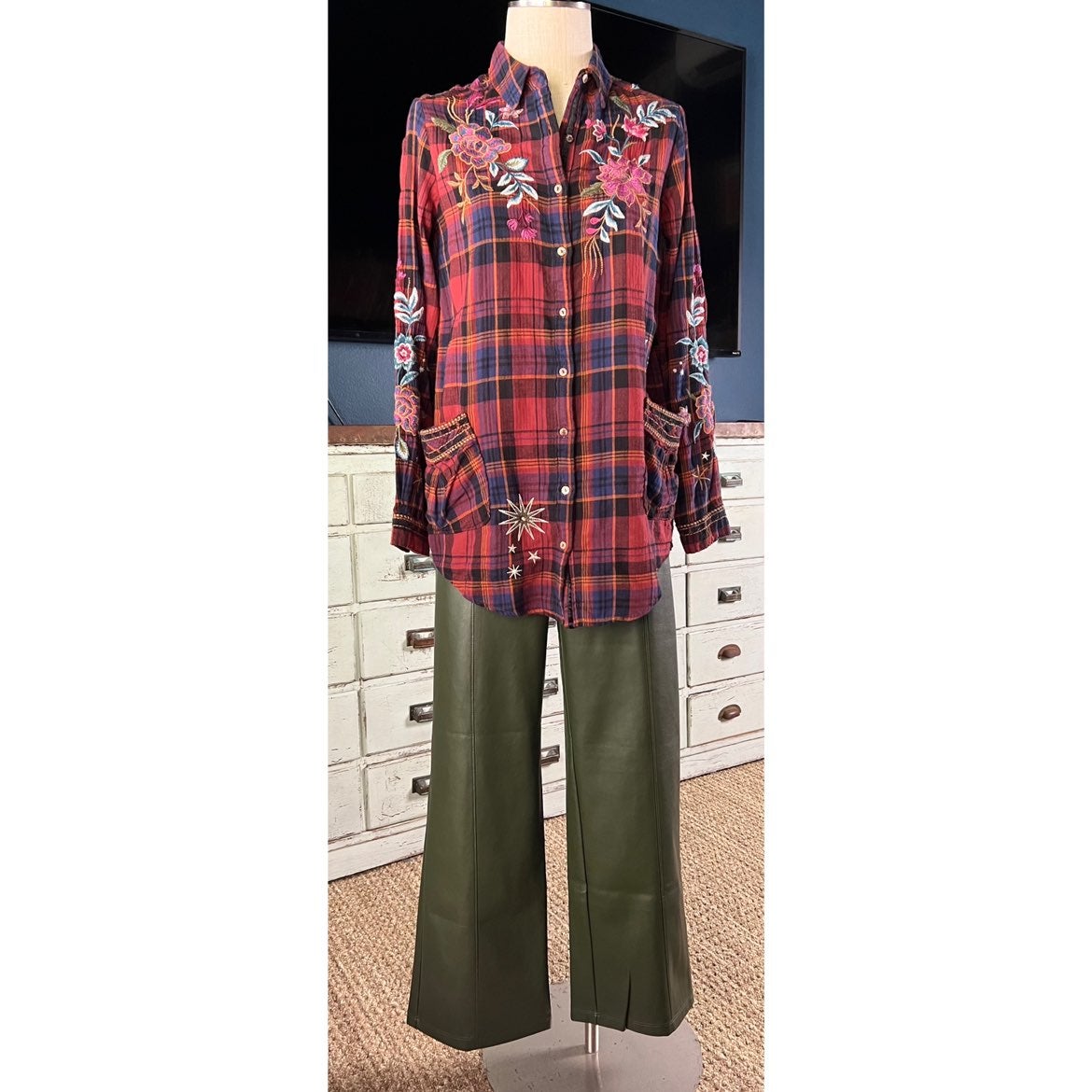 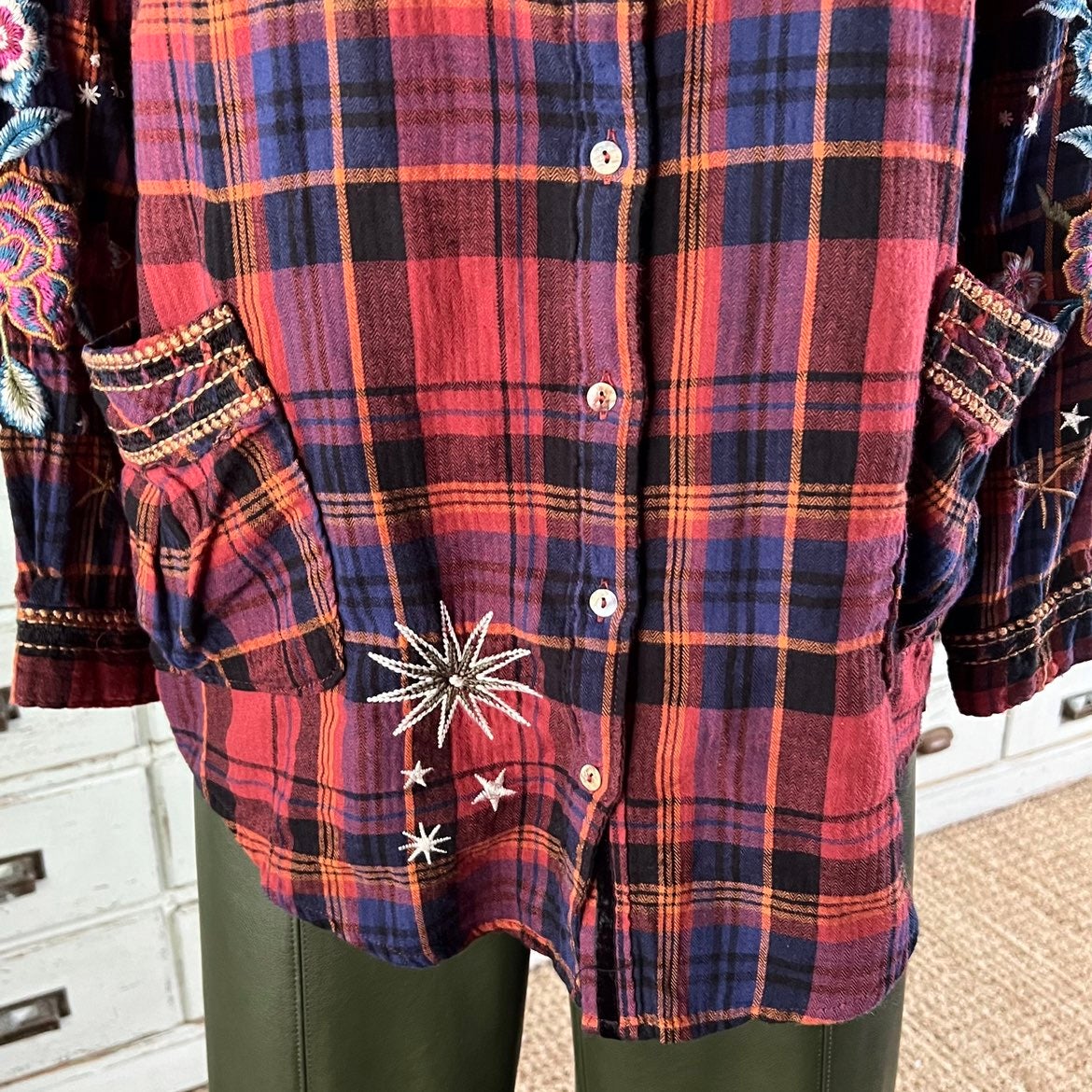 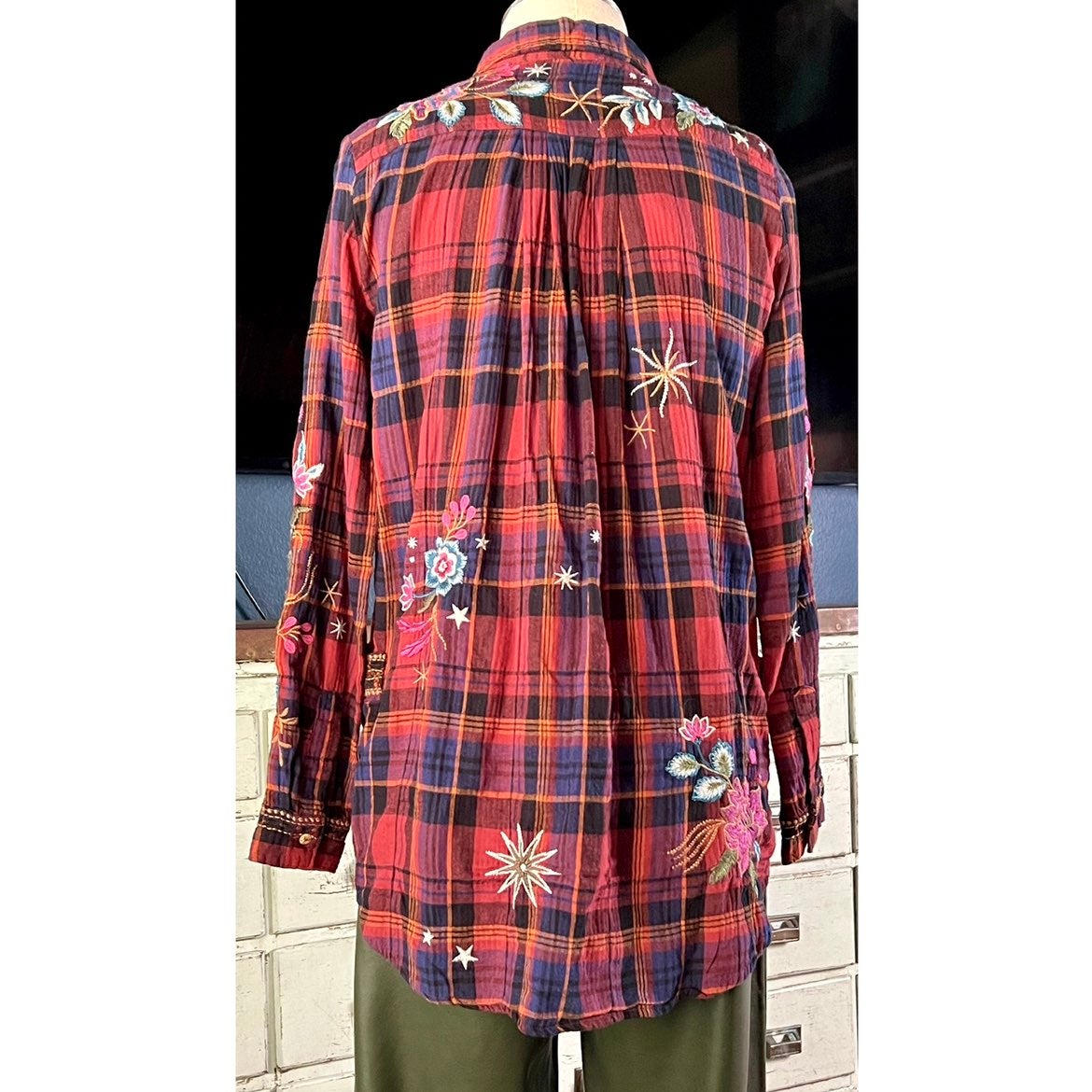 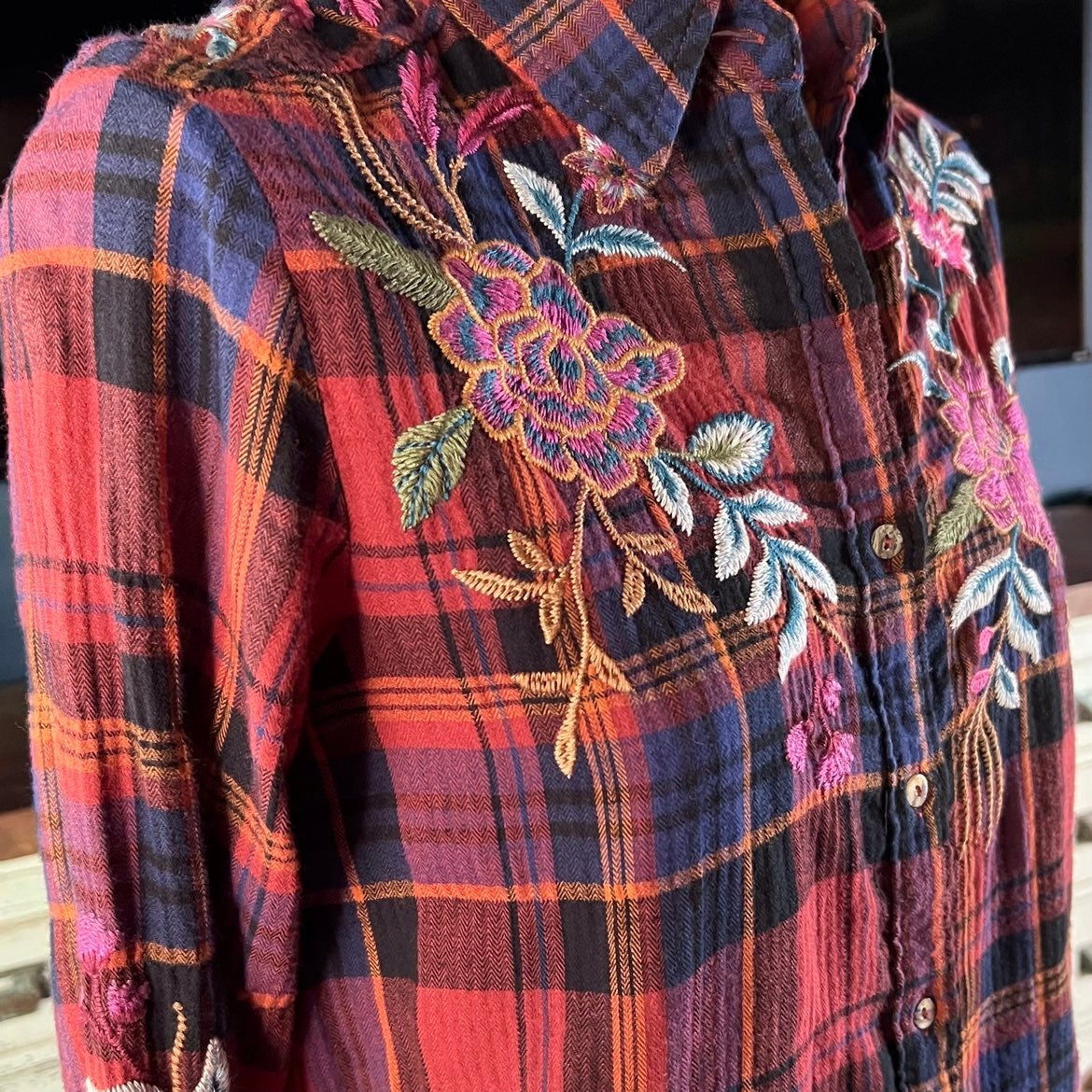 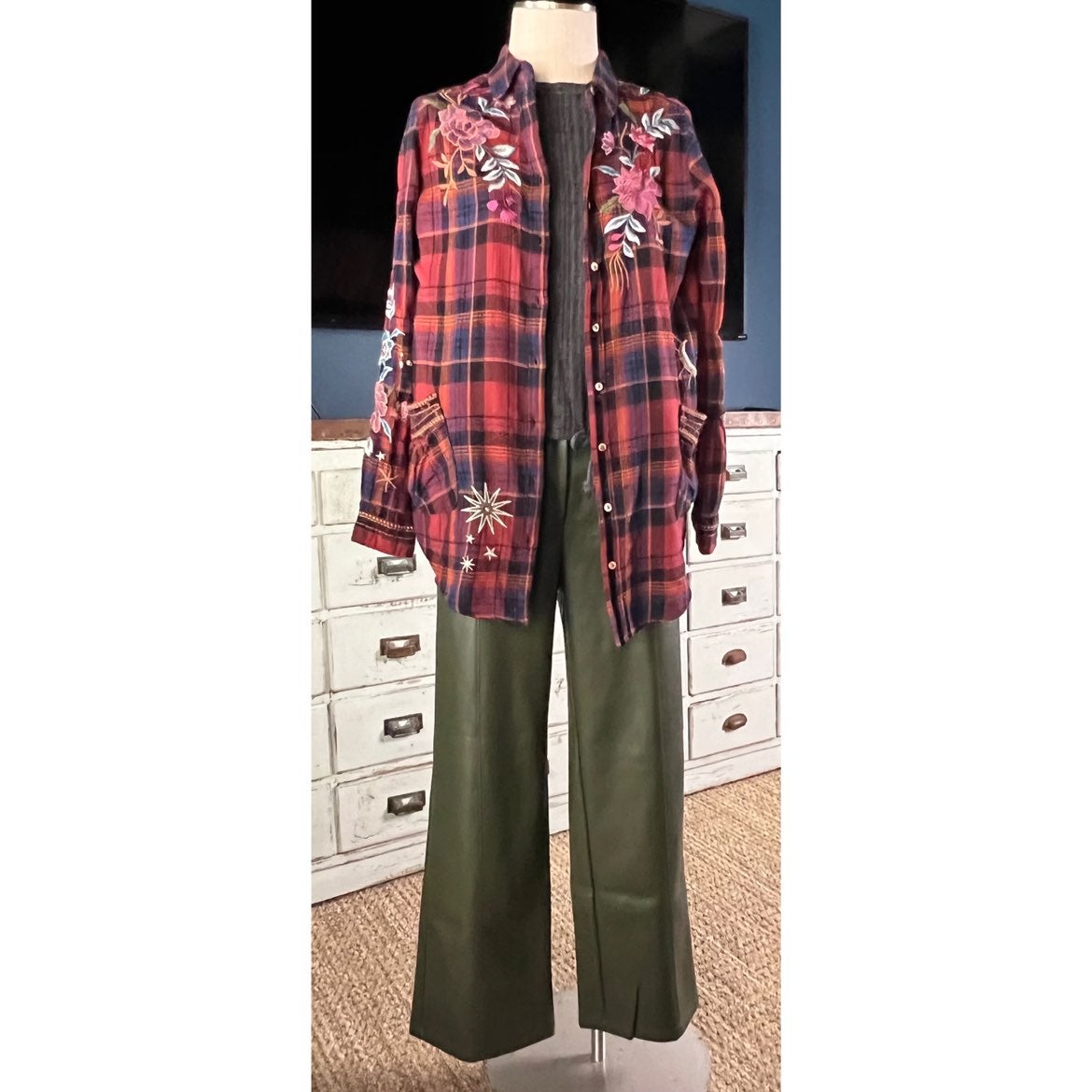 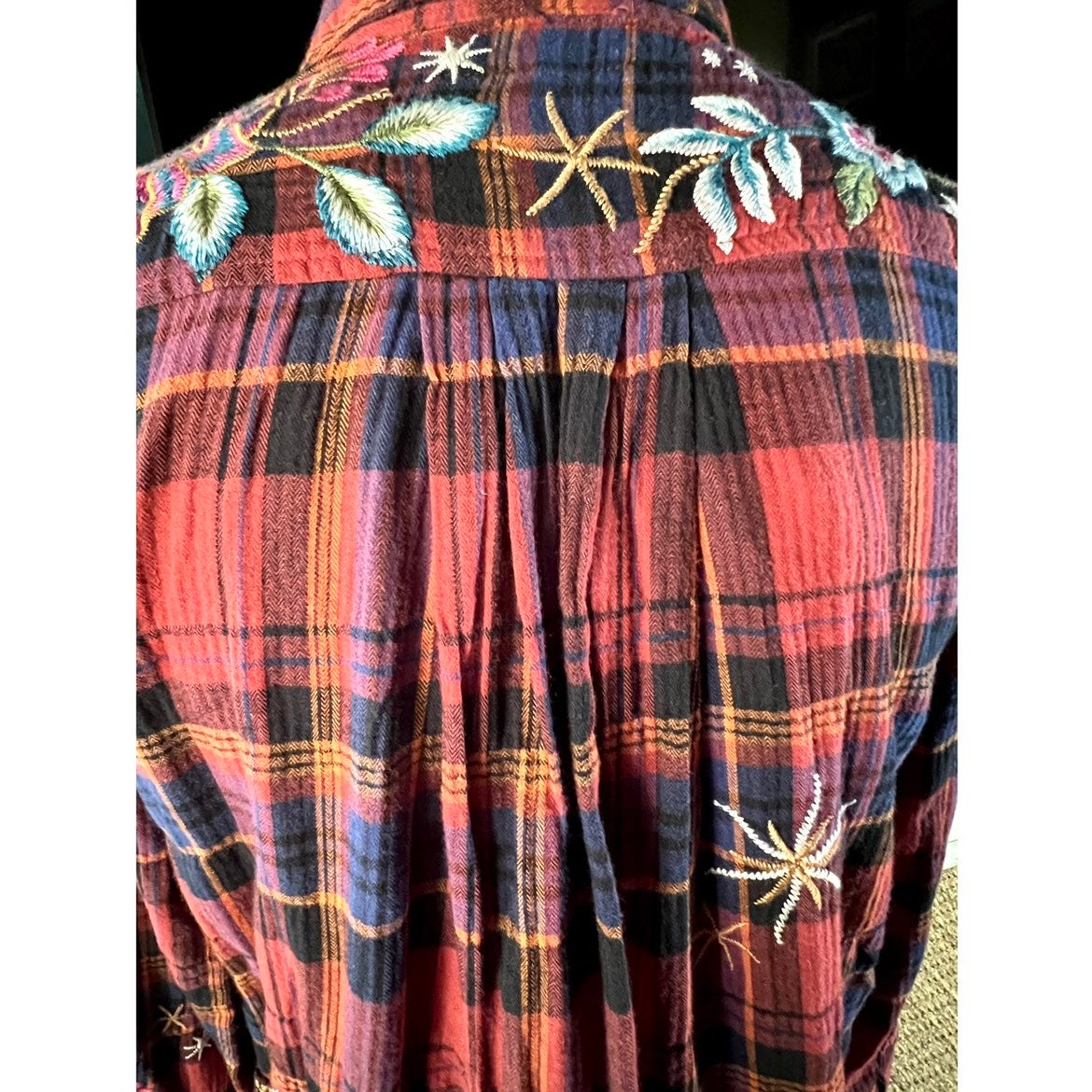 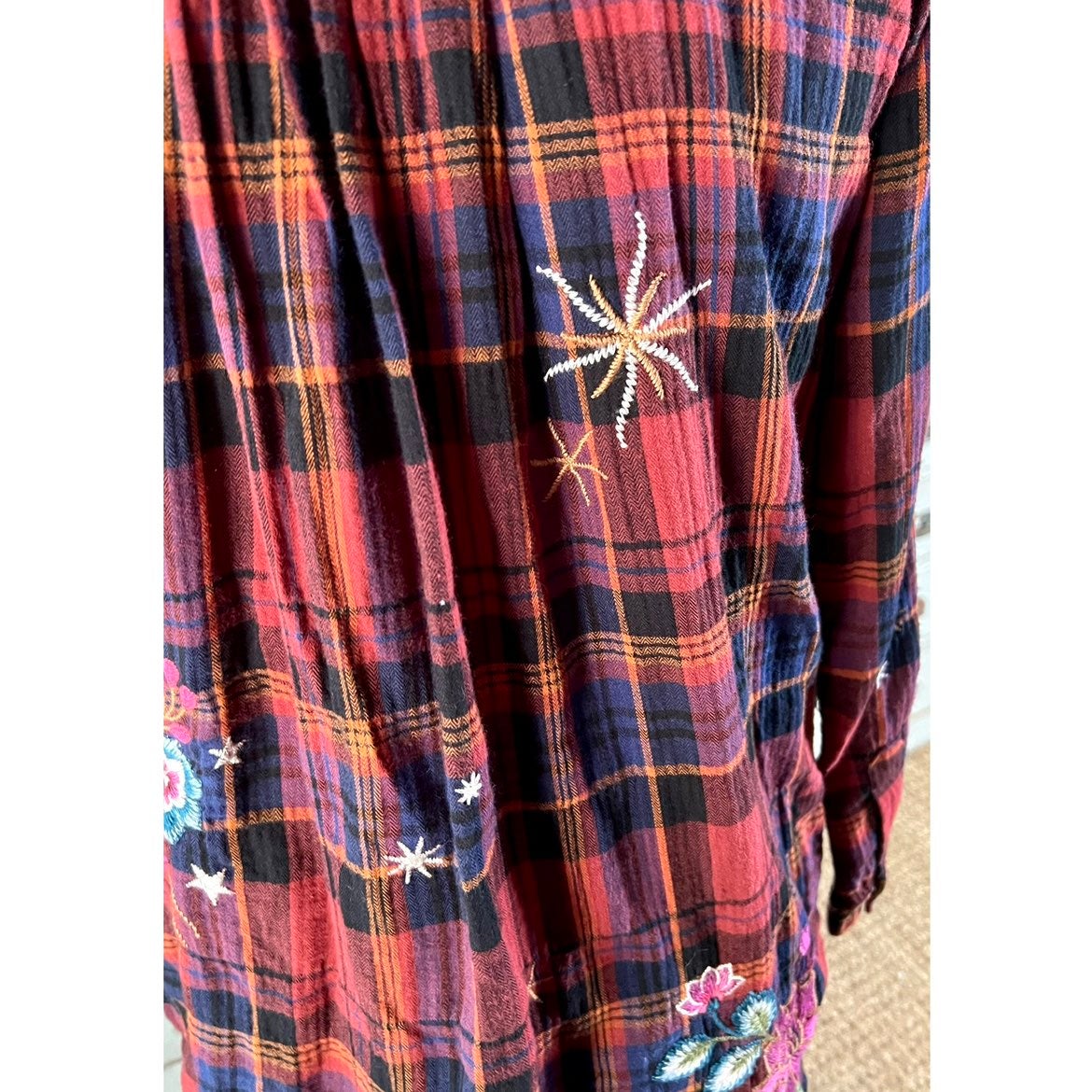 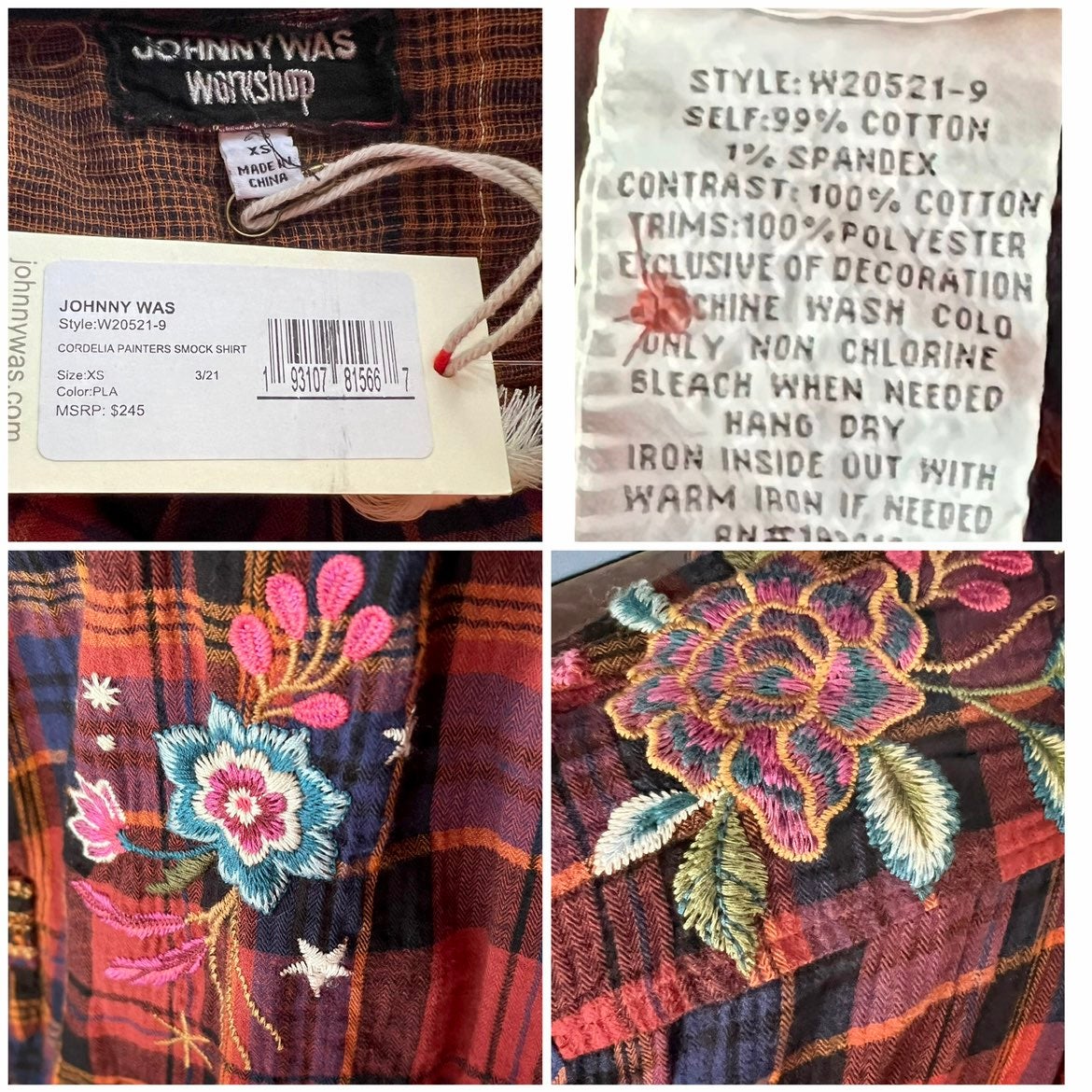 This pretty flannel tunic by Johnny Was has whimsical floral & celestial embroidery embellished on the red fabric. 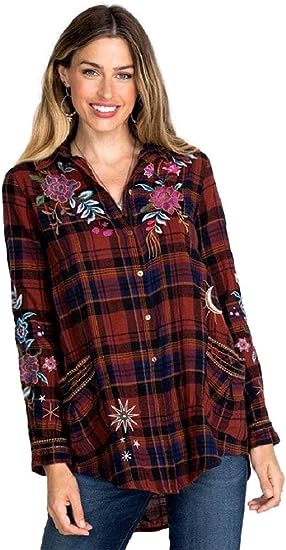 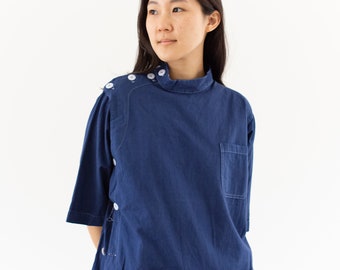 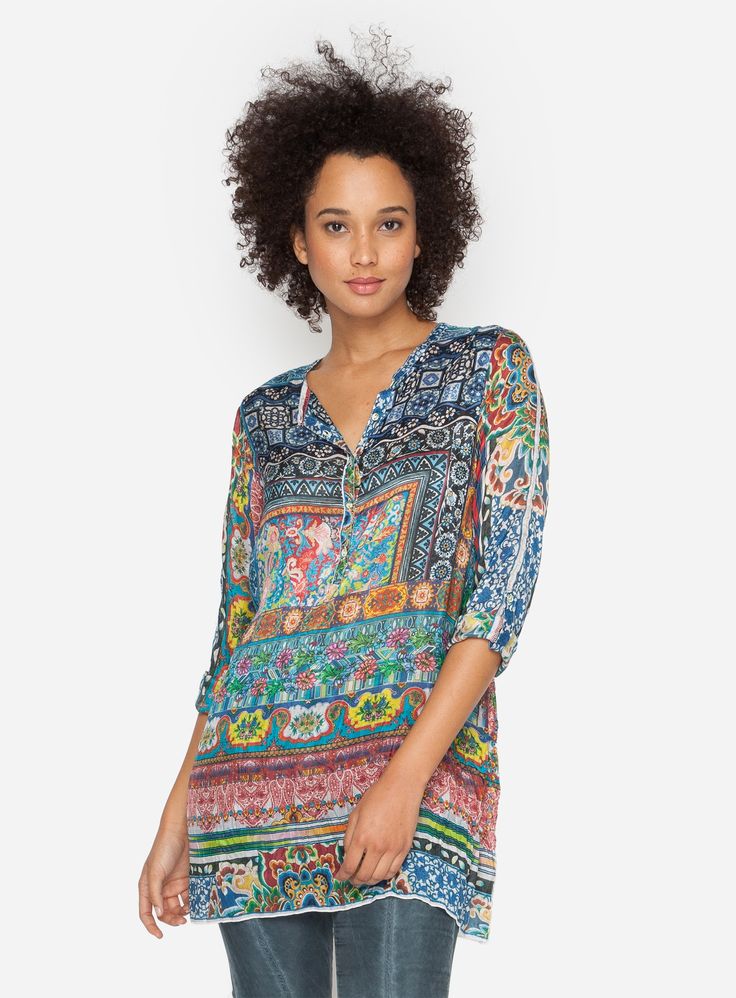 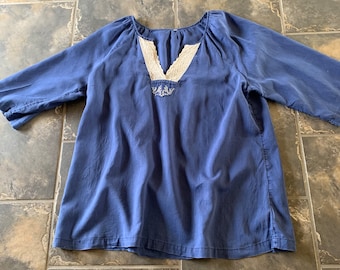