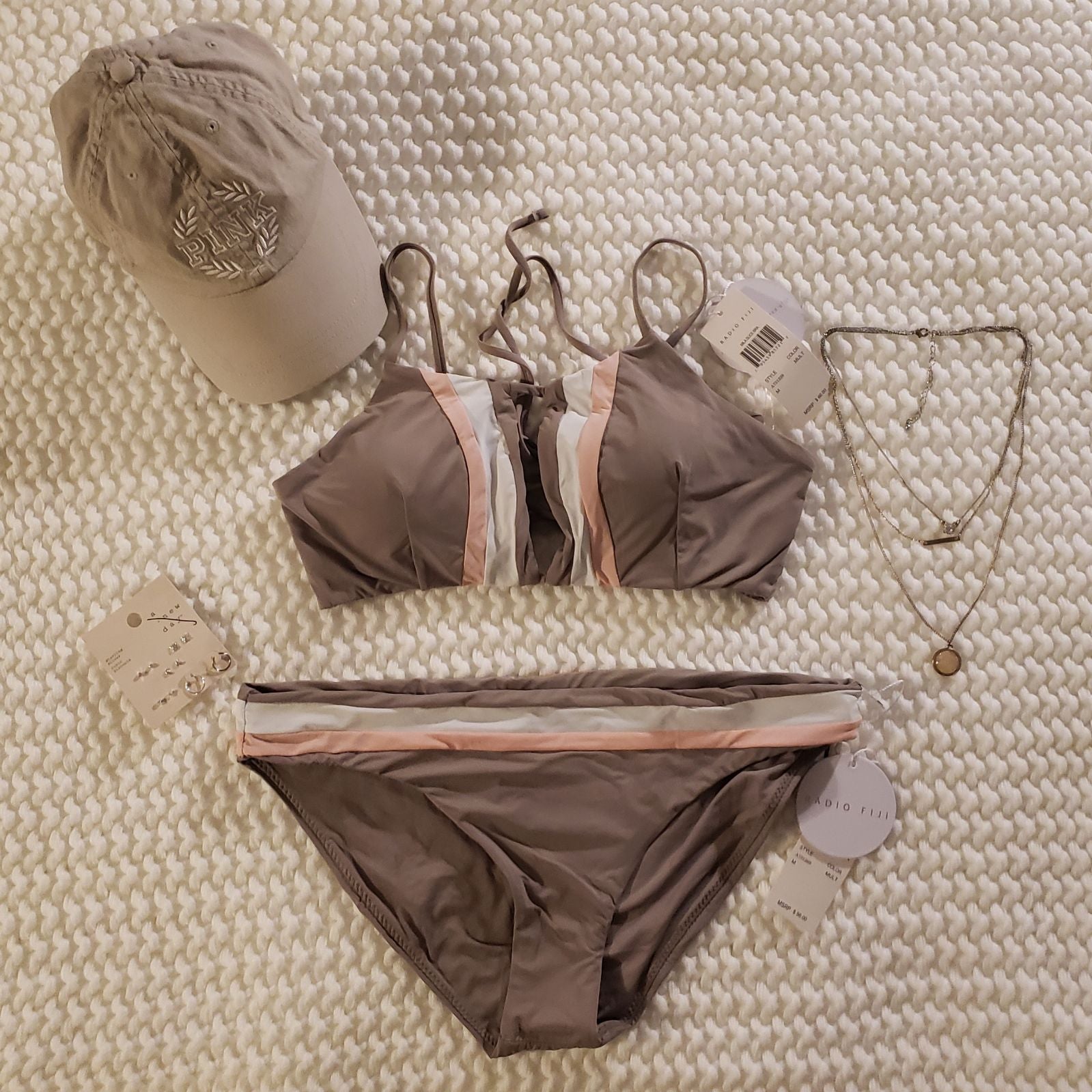 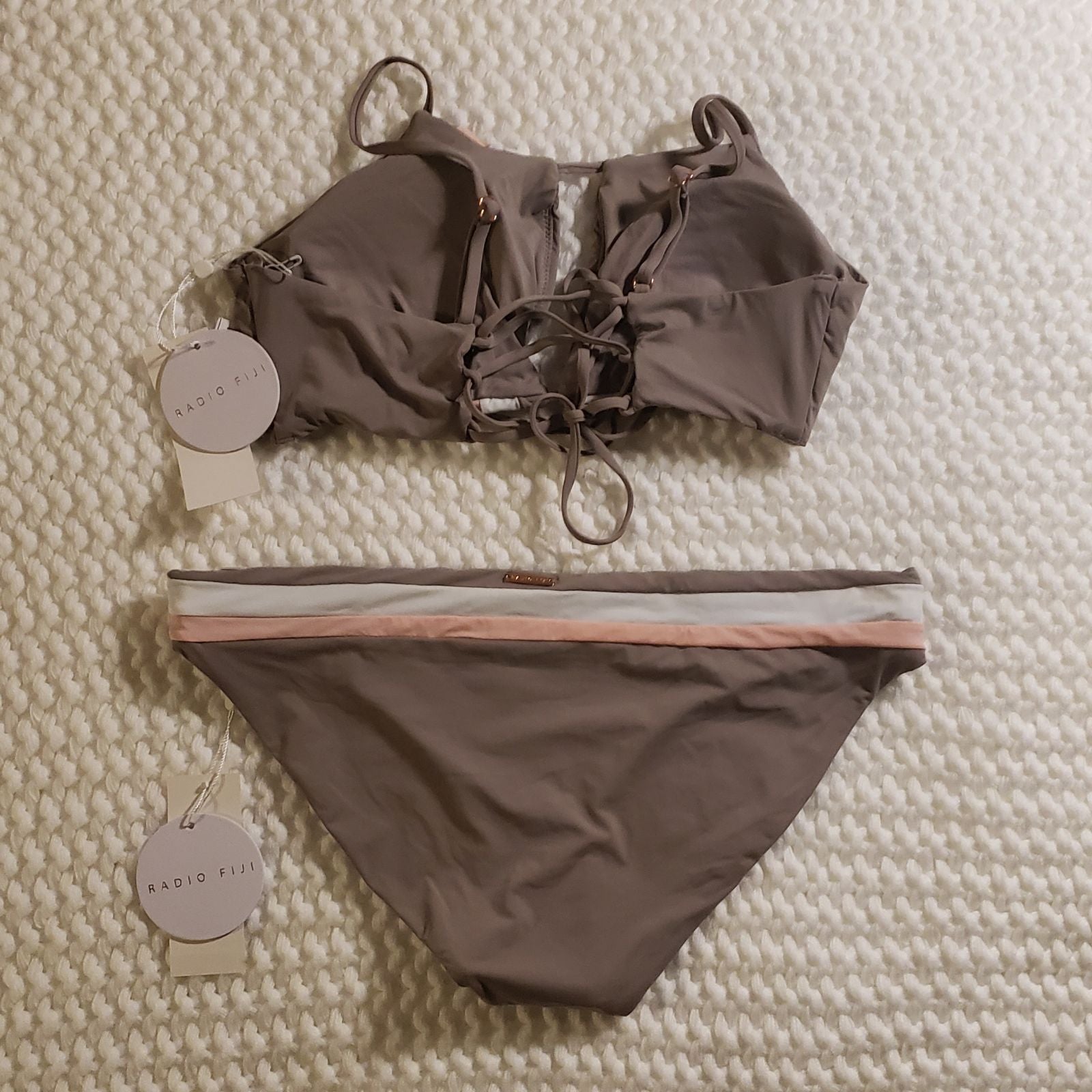 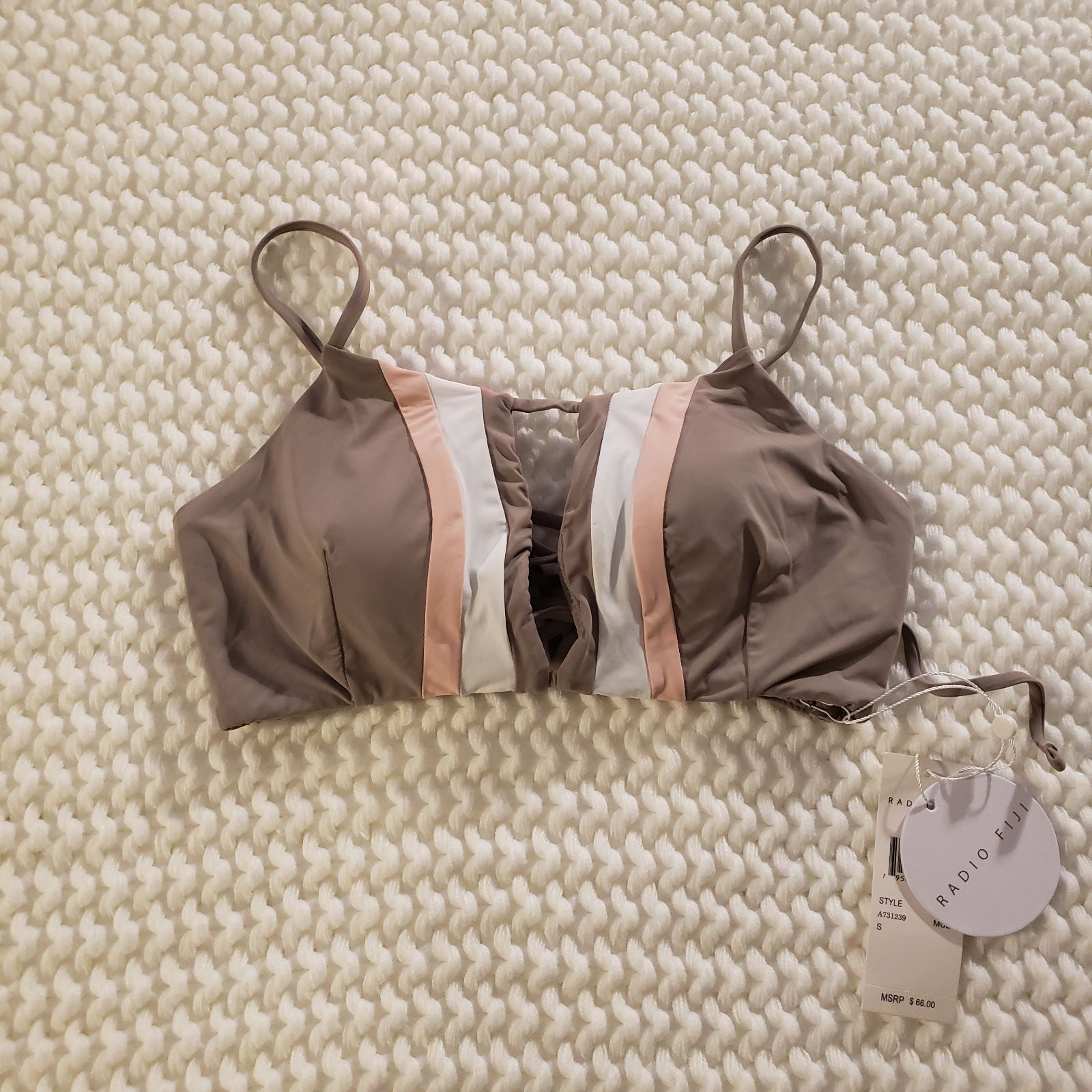 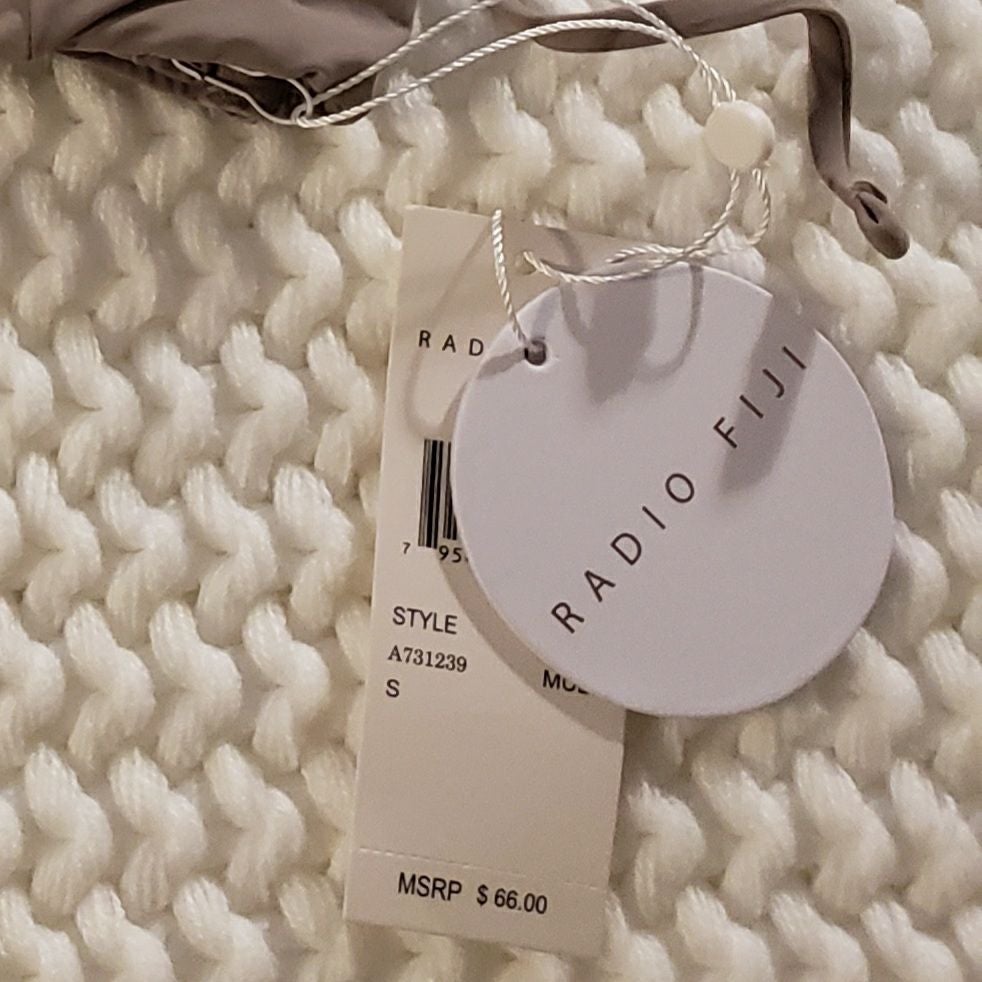 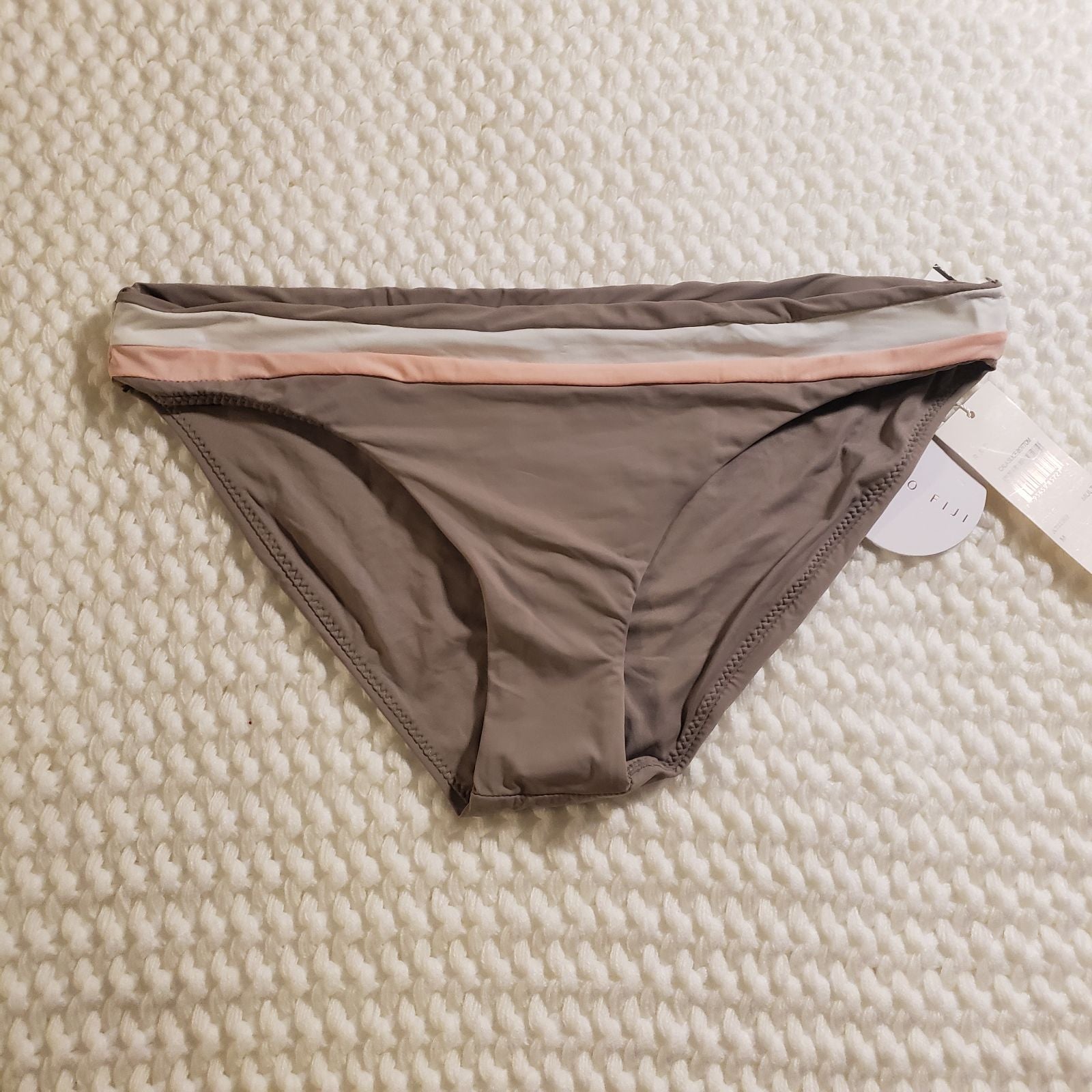 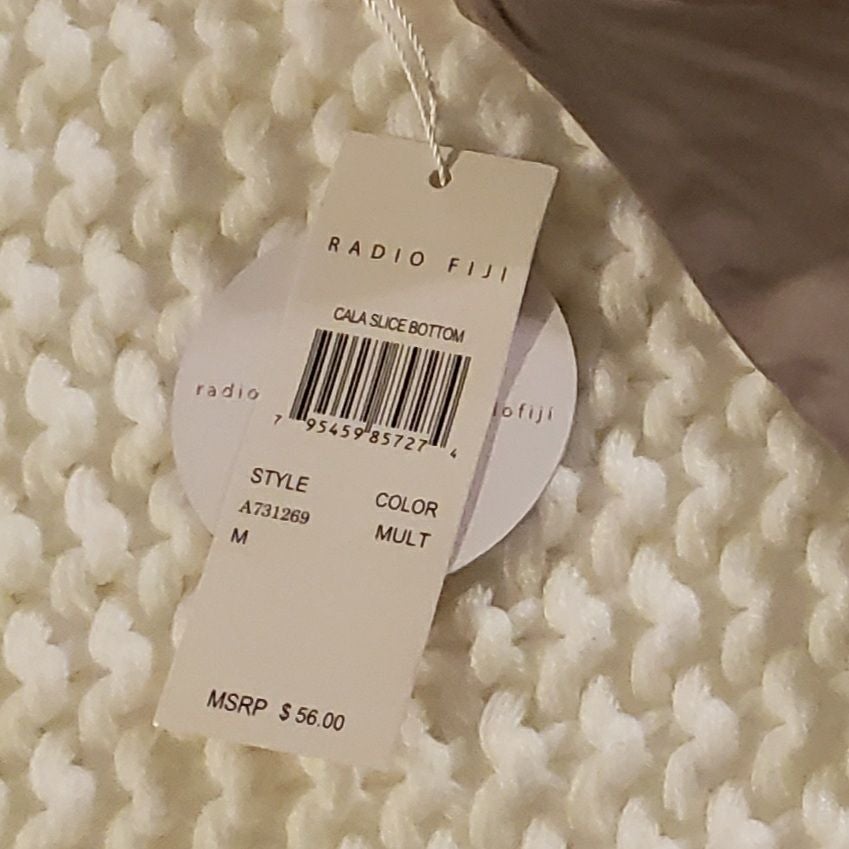 Radio Fiji Mila Slice bra is made of luxe matte jersey and has lace up details in back. Removable cup inserts and peek a boo style front. Cala Slice bottoms are in bikini style and features rose gold label plate.

Originally $122
NWT/NWOT some pieces are missing the original tags. Most are not. Never worn.
Make me an offer! 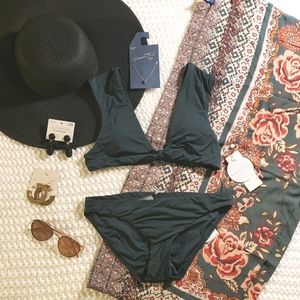 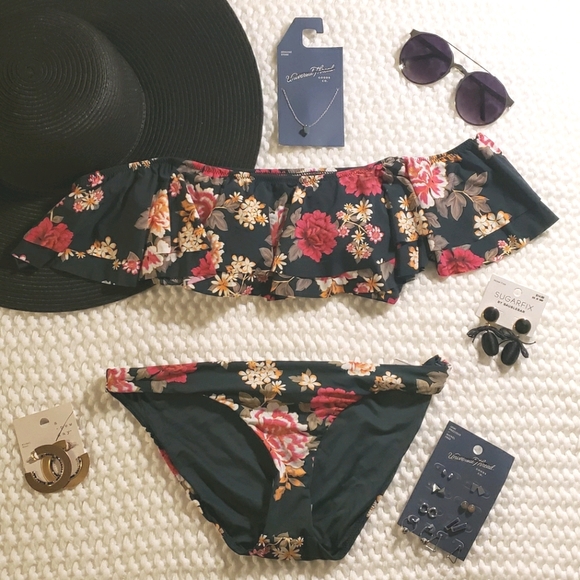 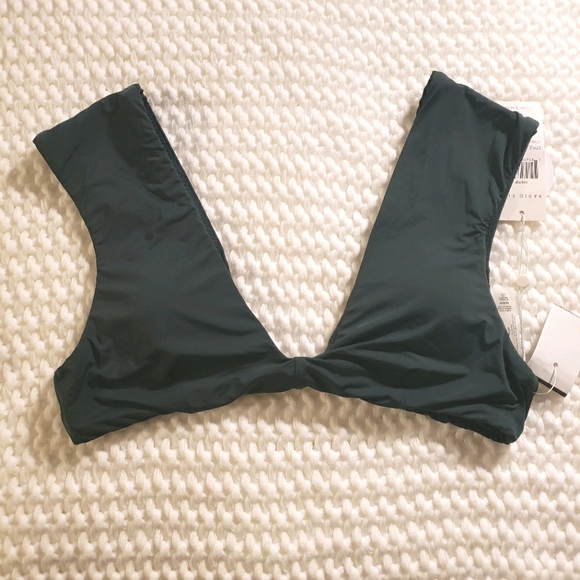 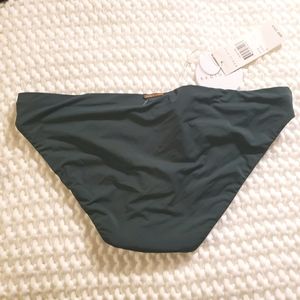 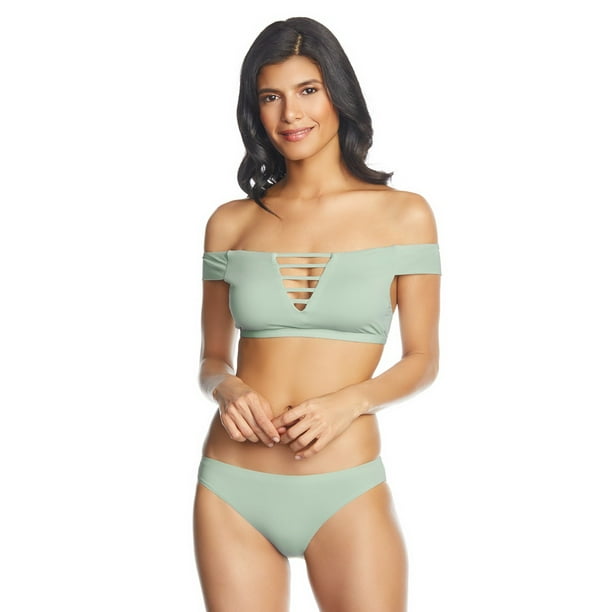 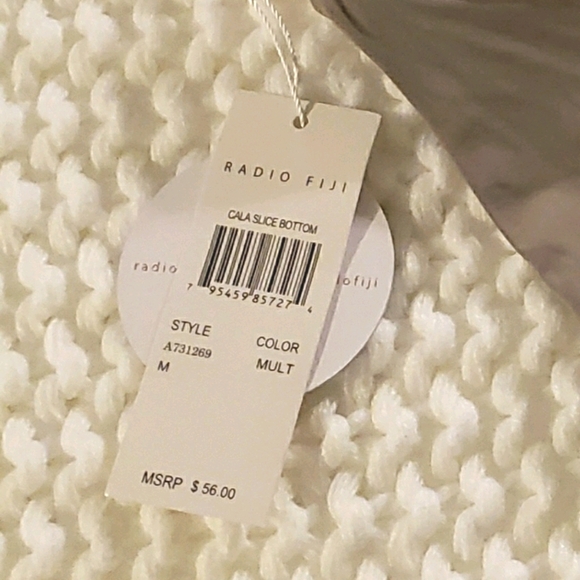 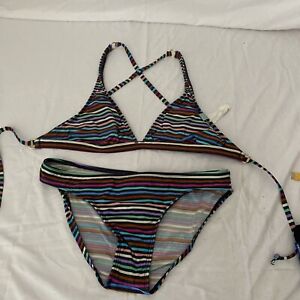 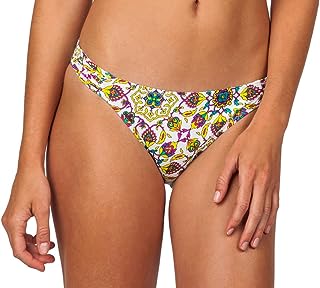 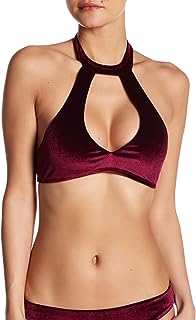 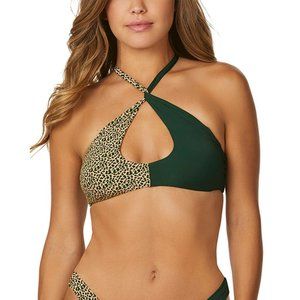 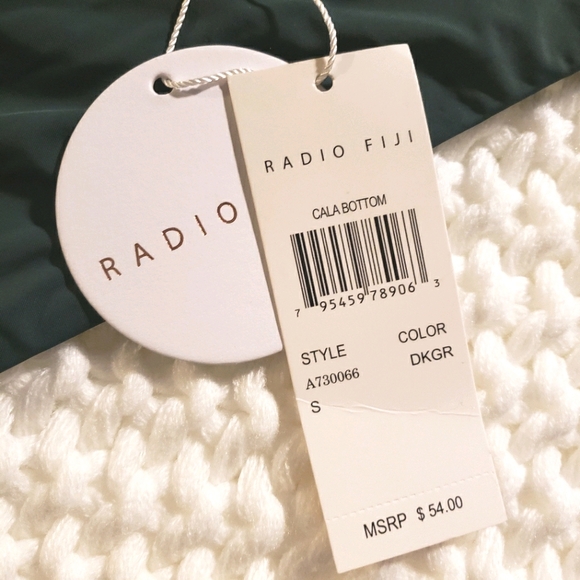 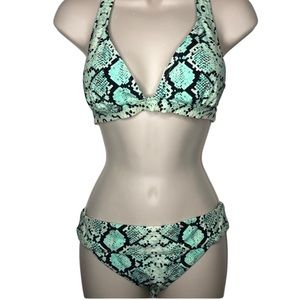