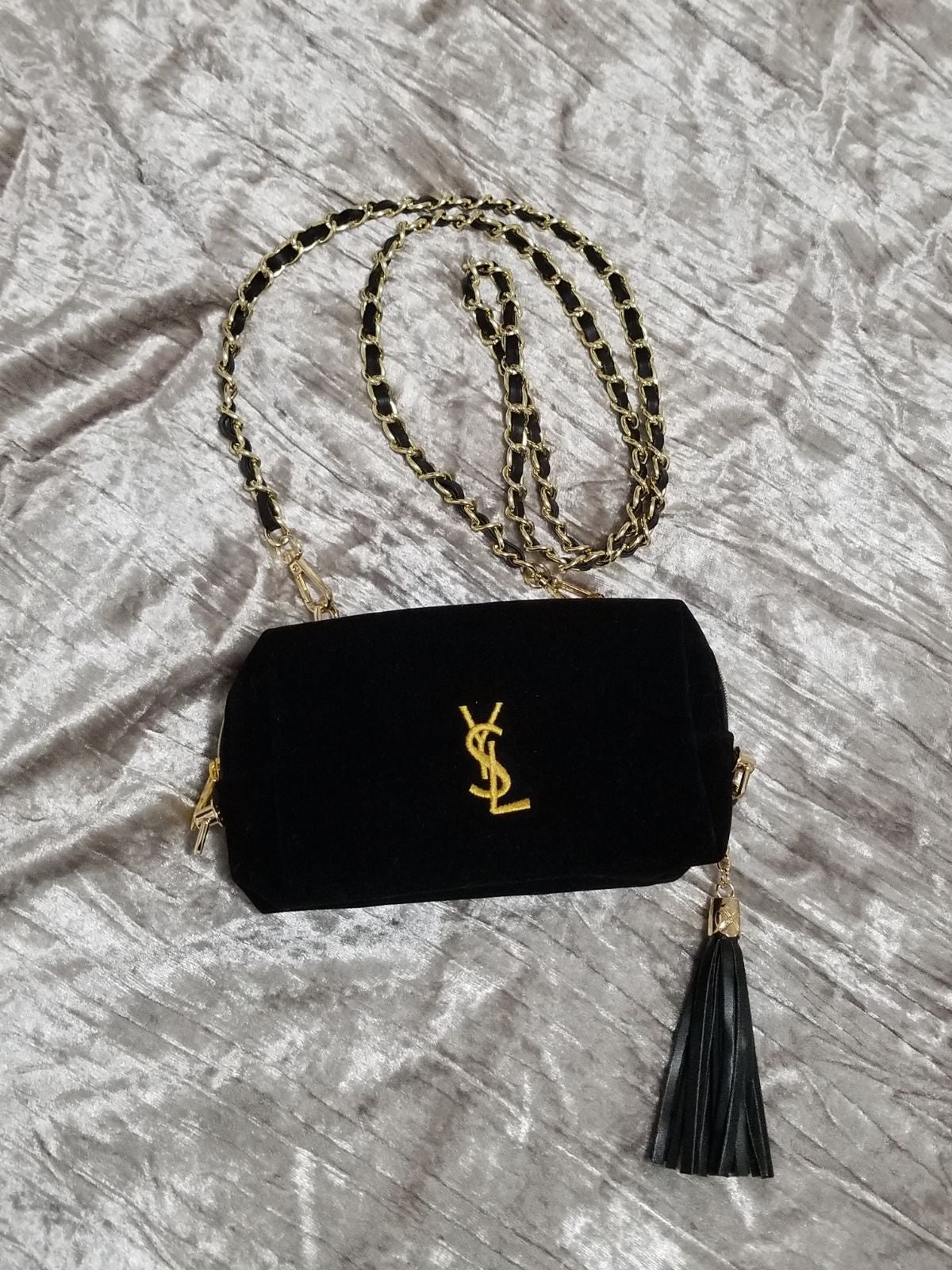 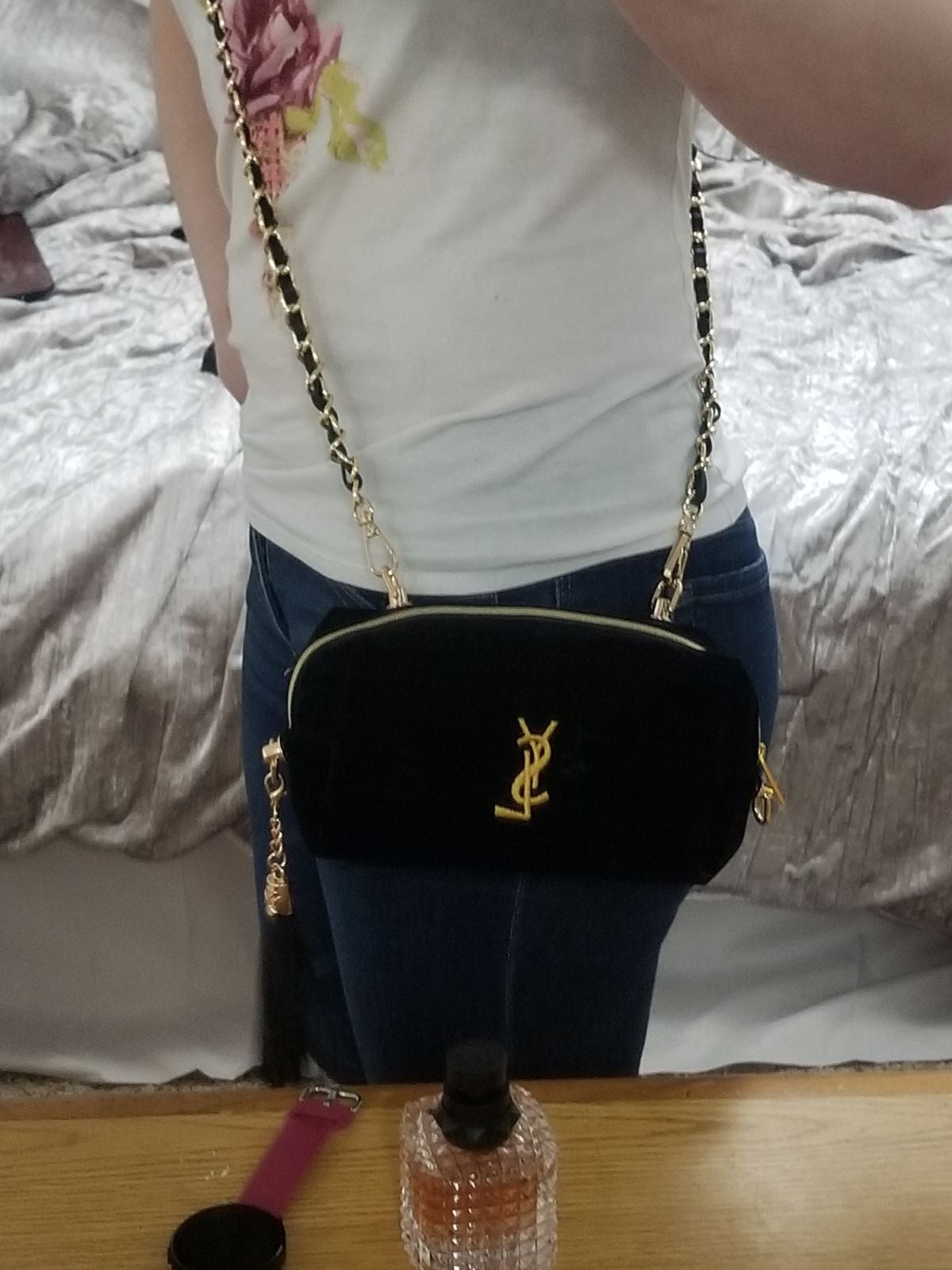 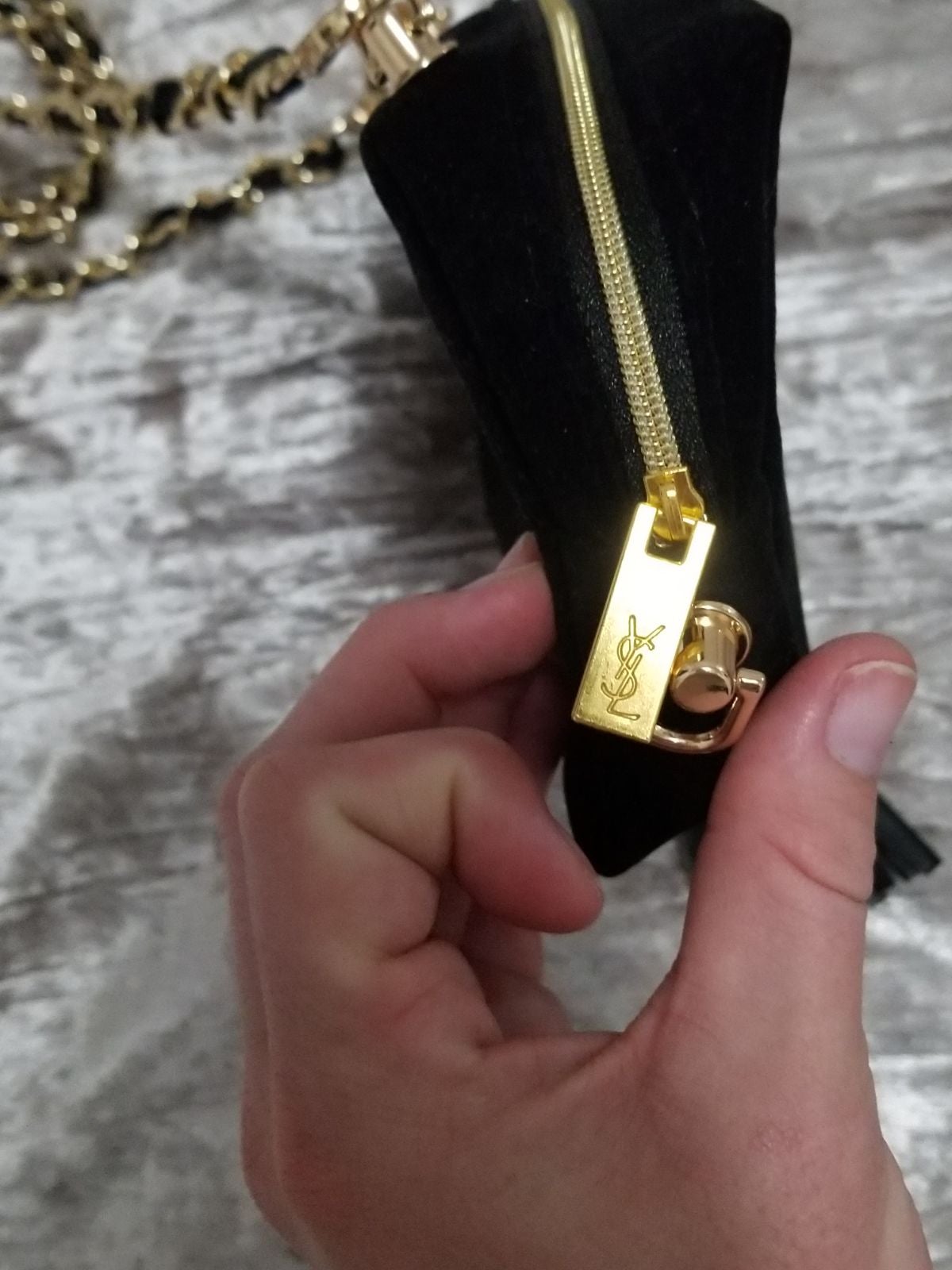 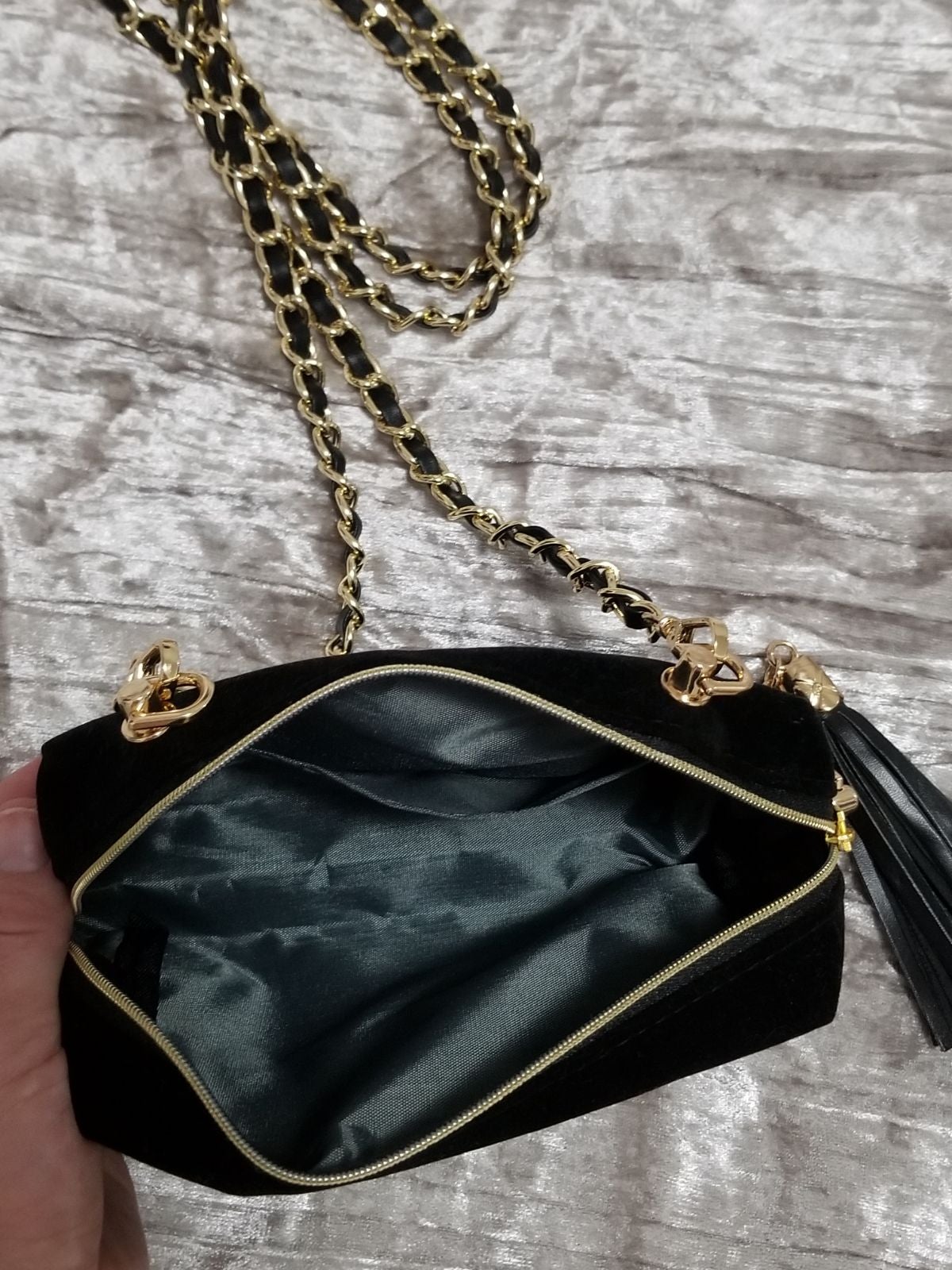 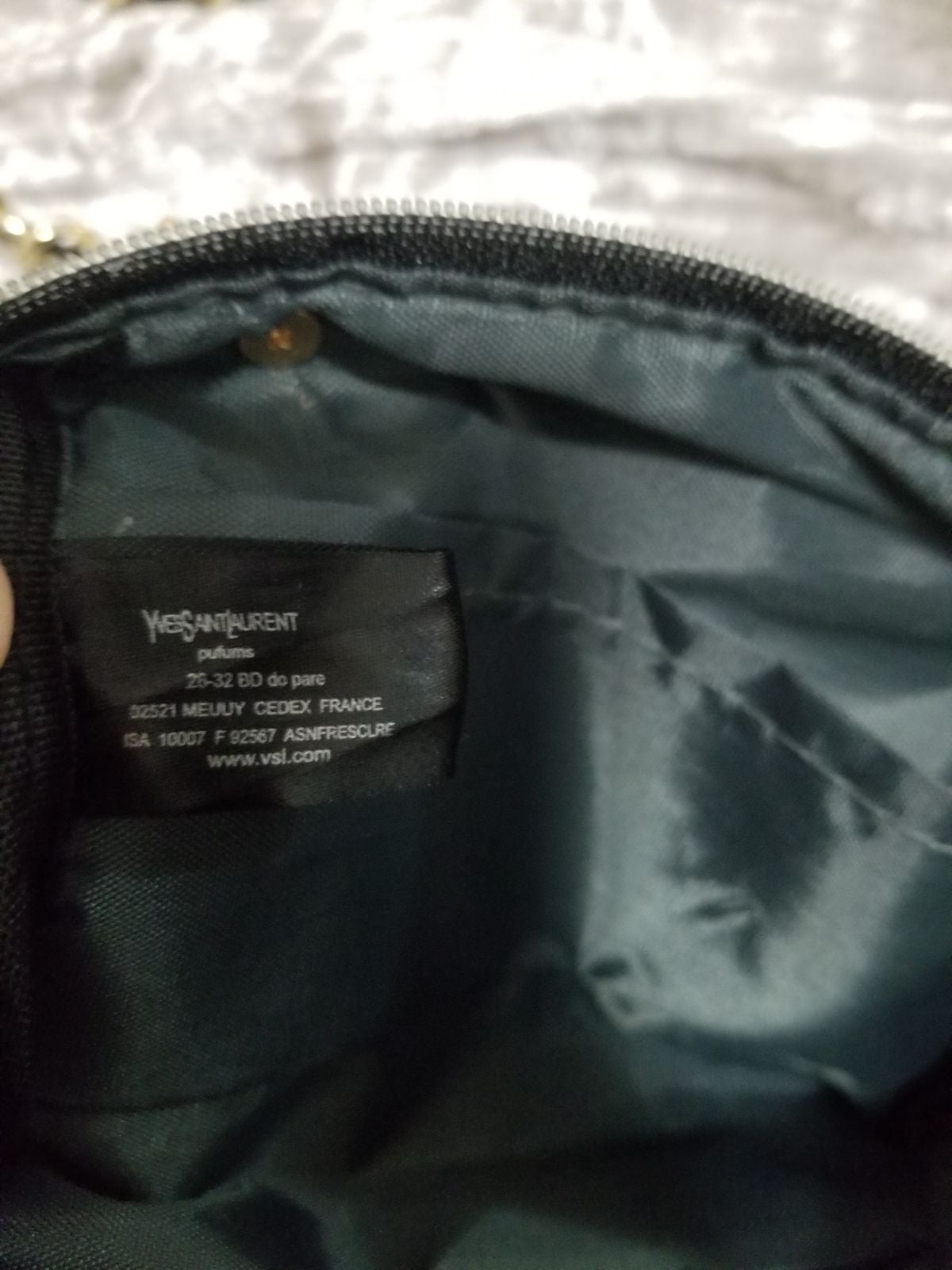 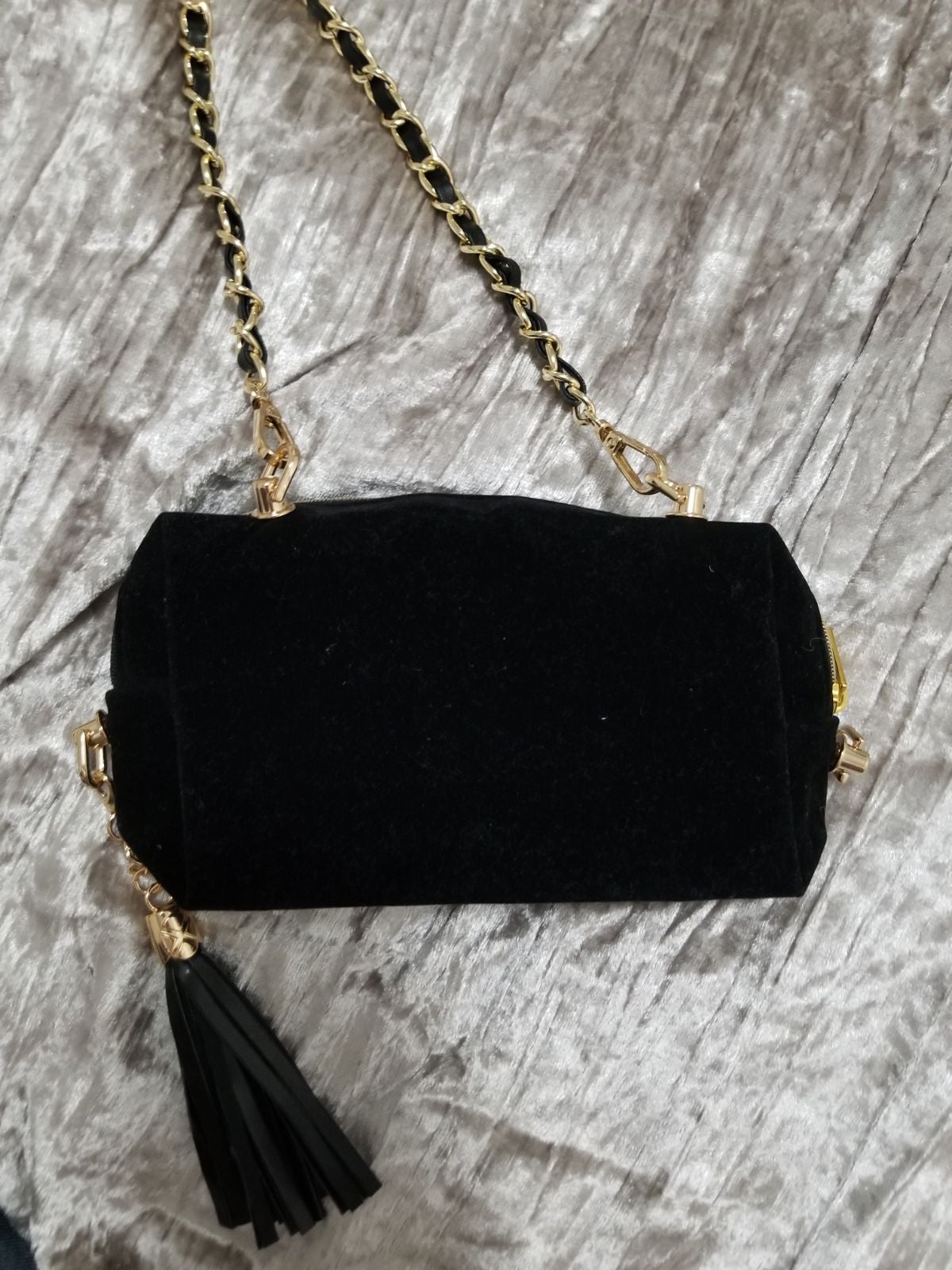 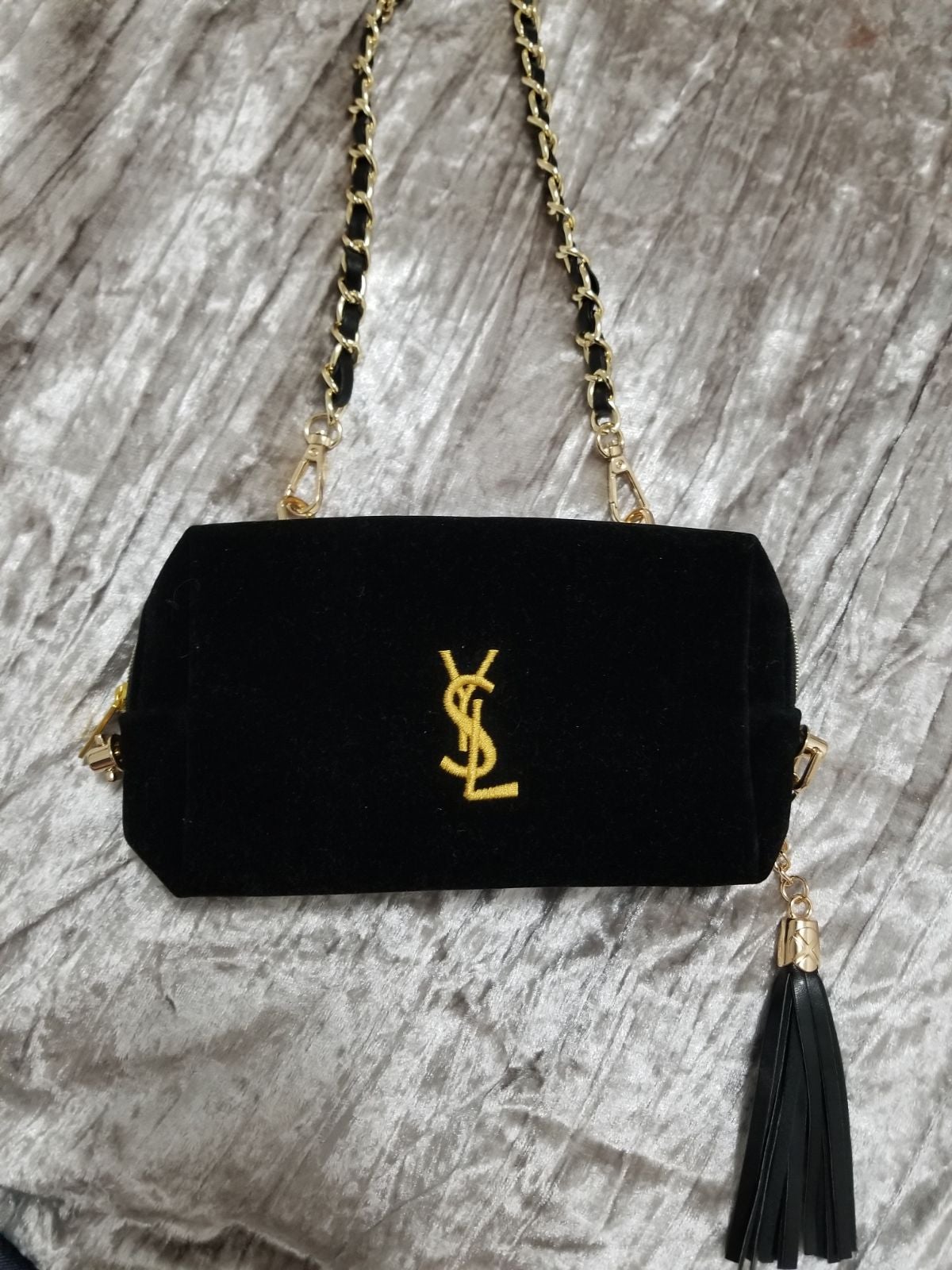 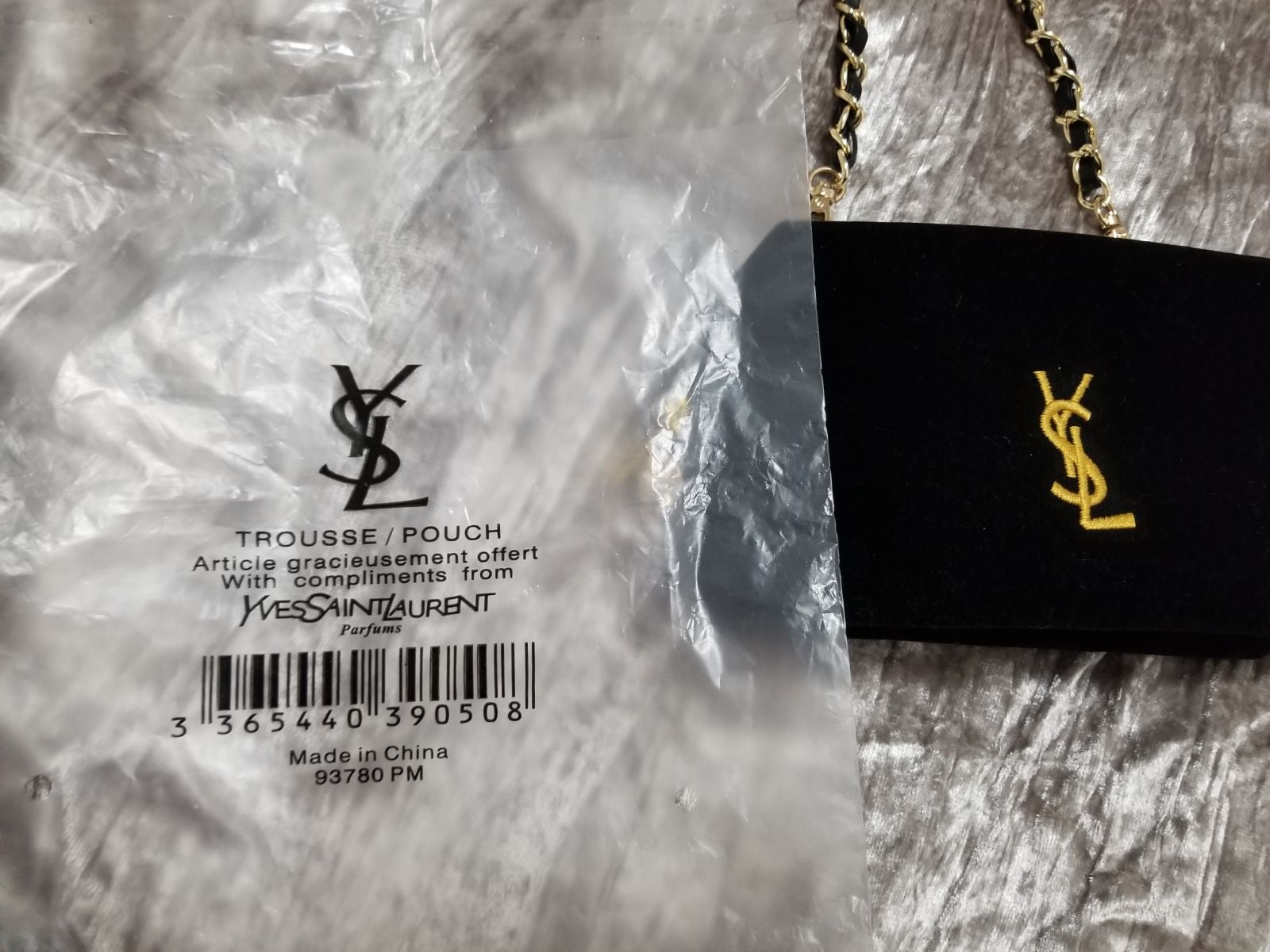 This is a black velvet Yves Saint Laurent Parfums cosmetic bag, (Not YSL leather goods! This is a VIP gift from purchases from YSL Beaute or YSL Parfums, their makeup and perfume lines)that I converted into a crossbody bag with an unbranded chain and tassel. Super cute and and looks so luxe!! 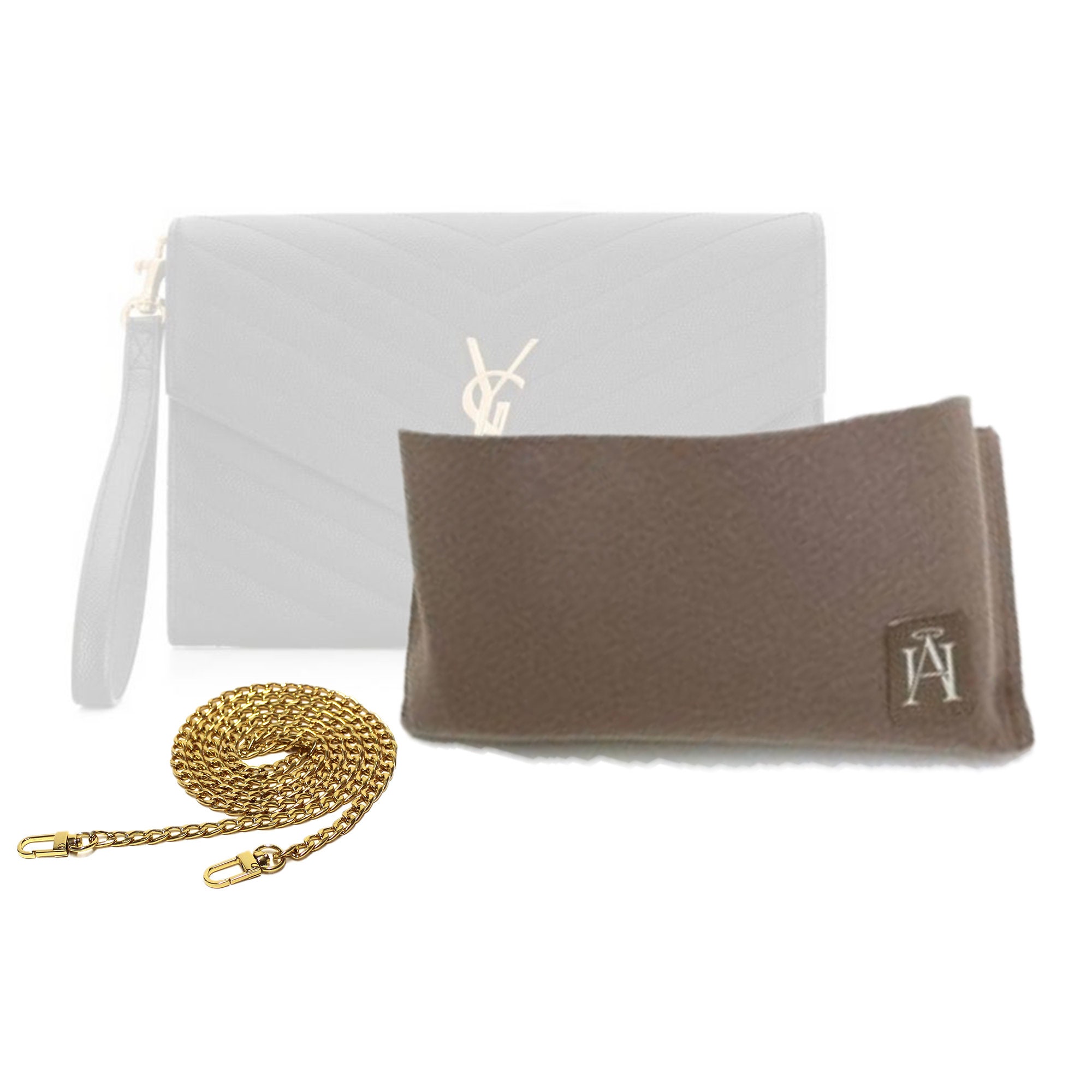 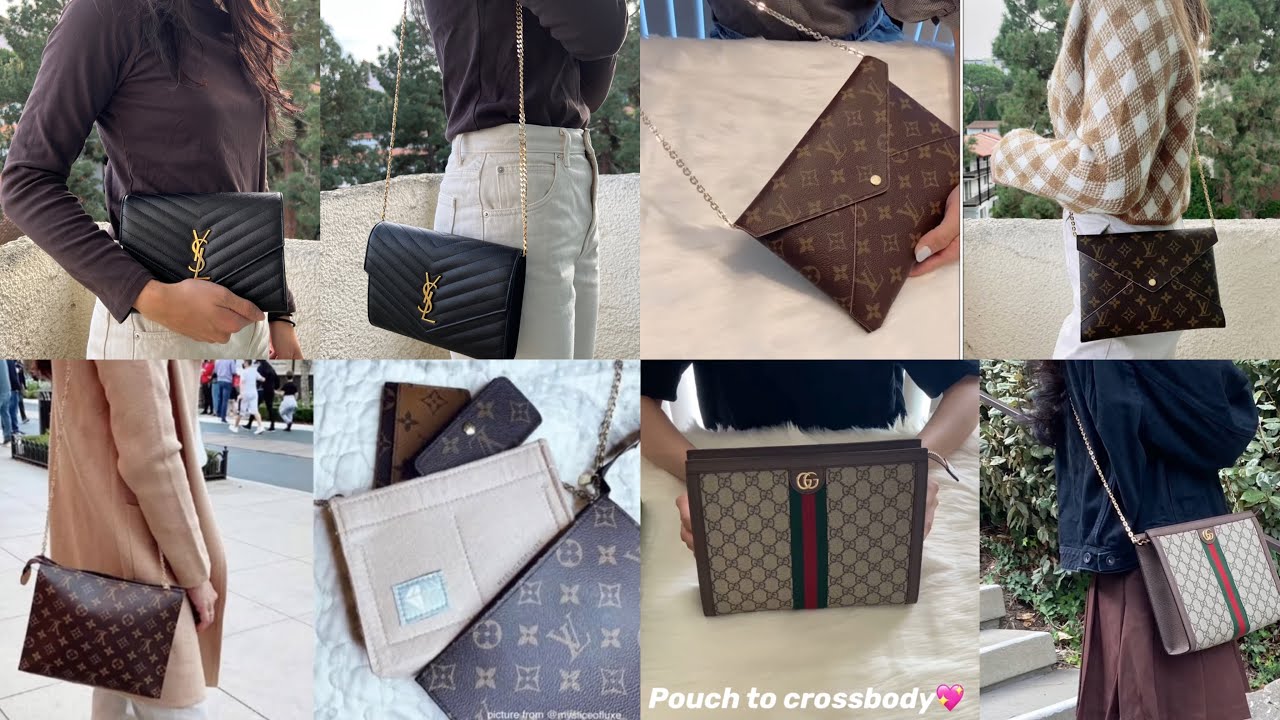 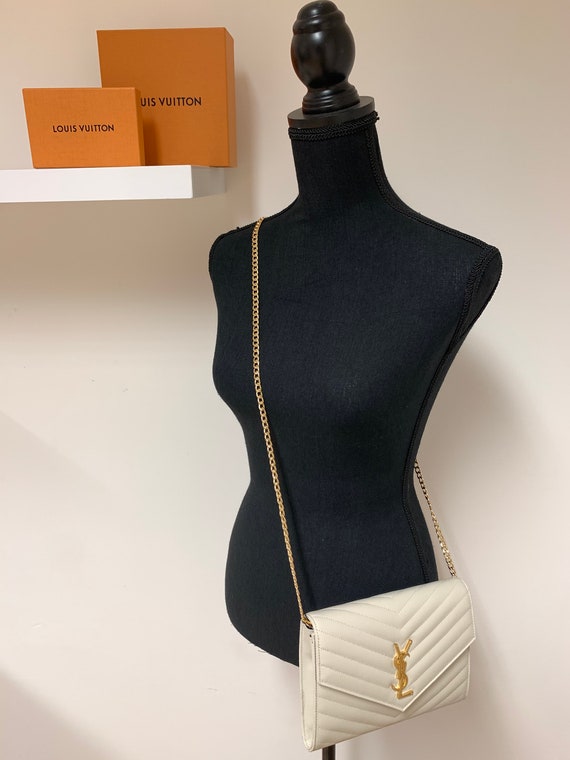 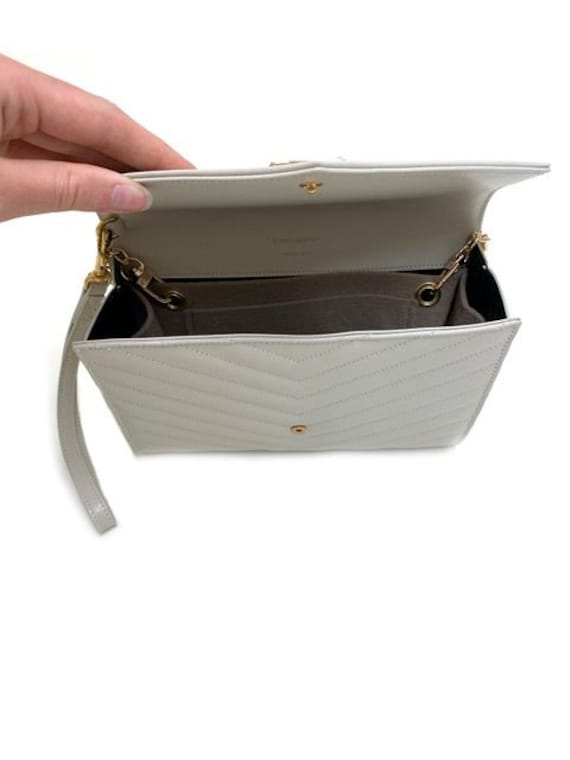 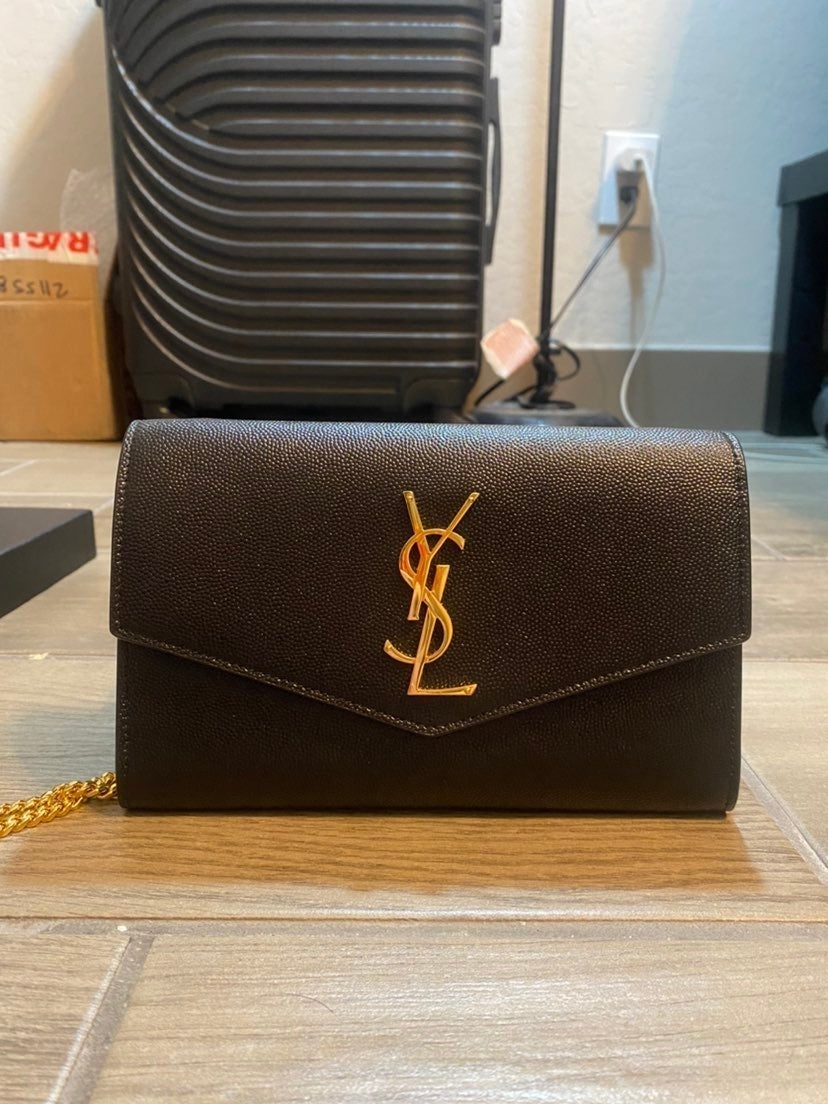 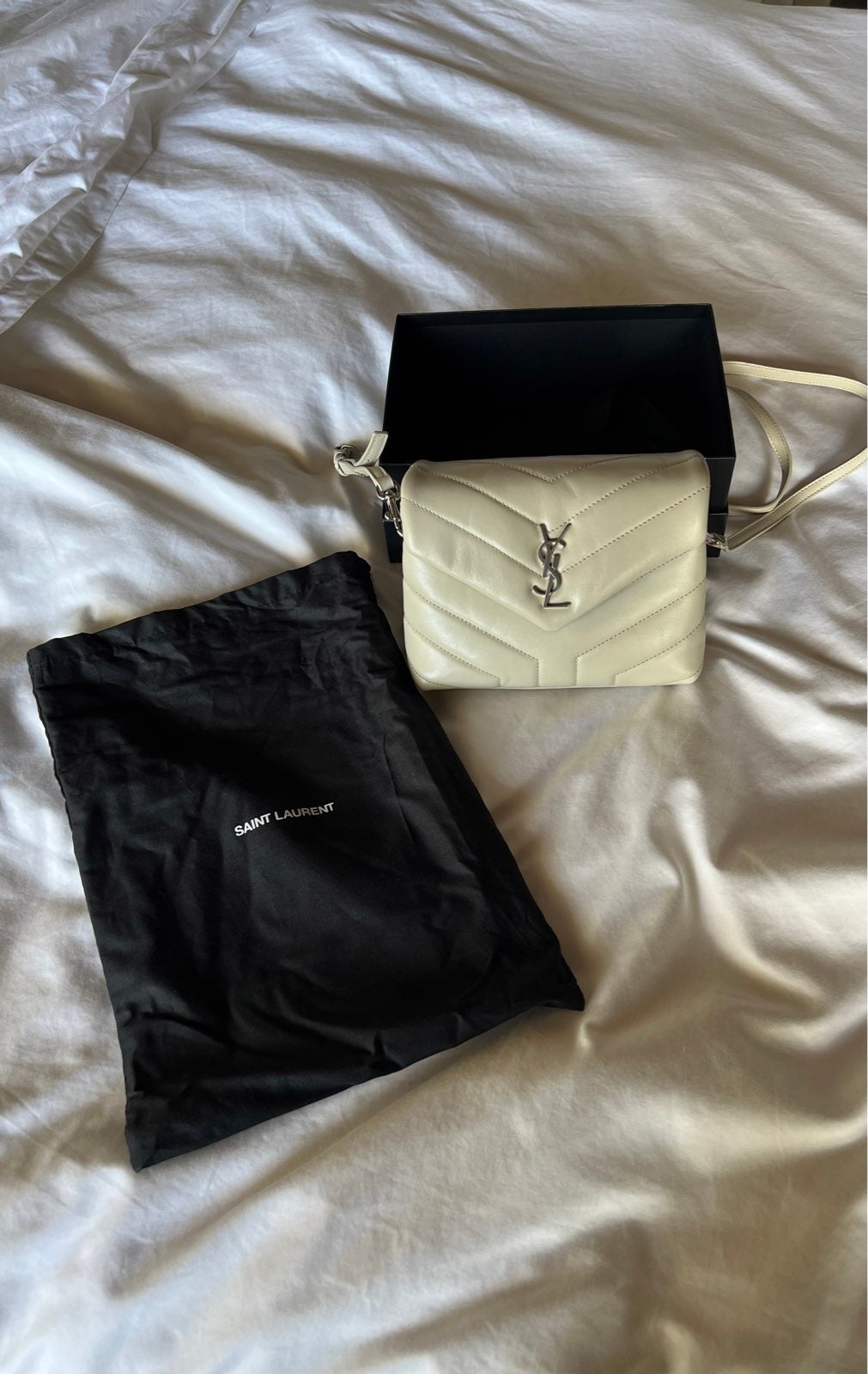 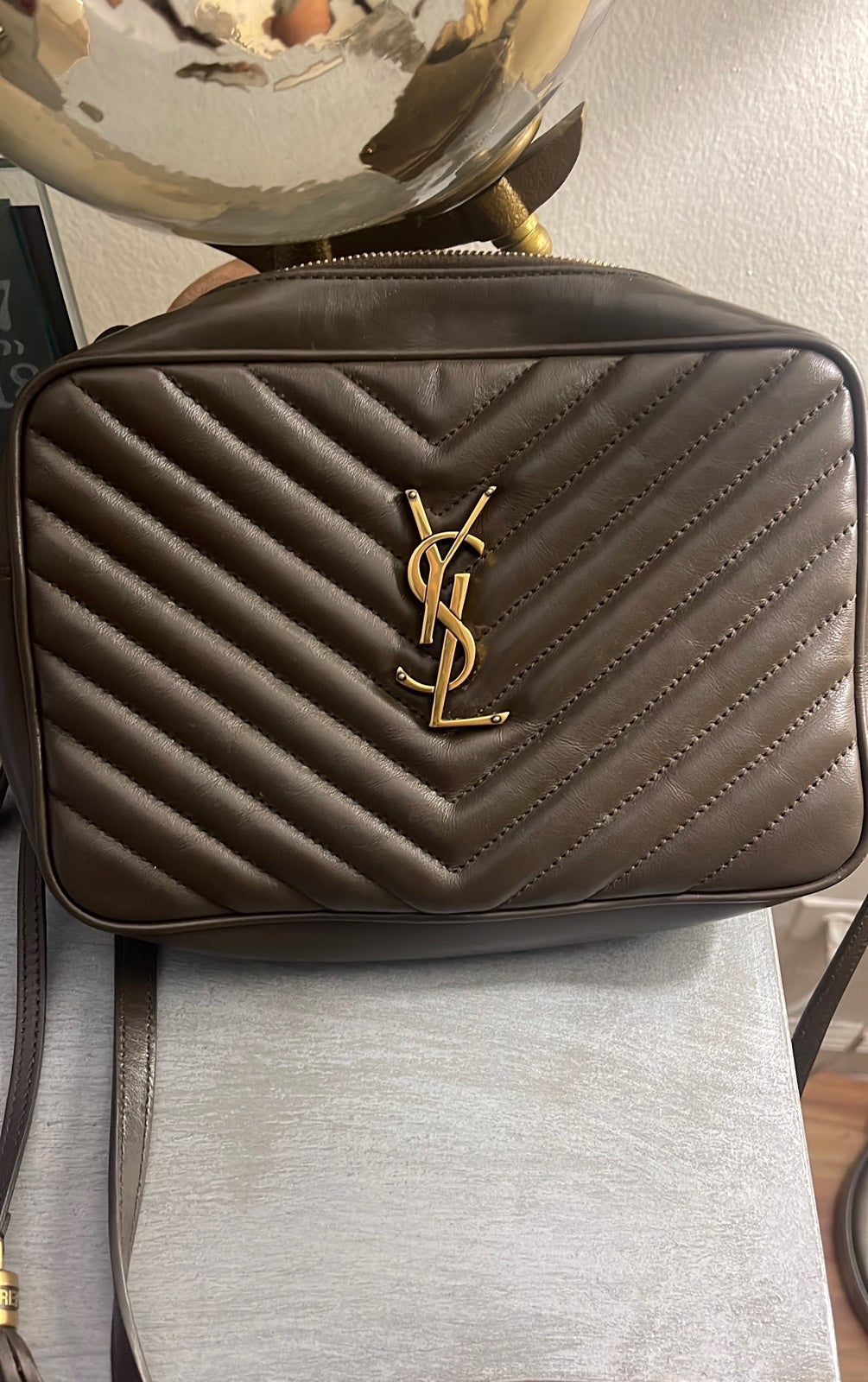 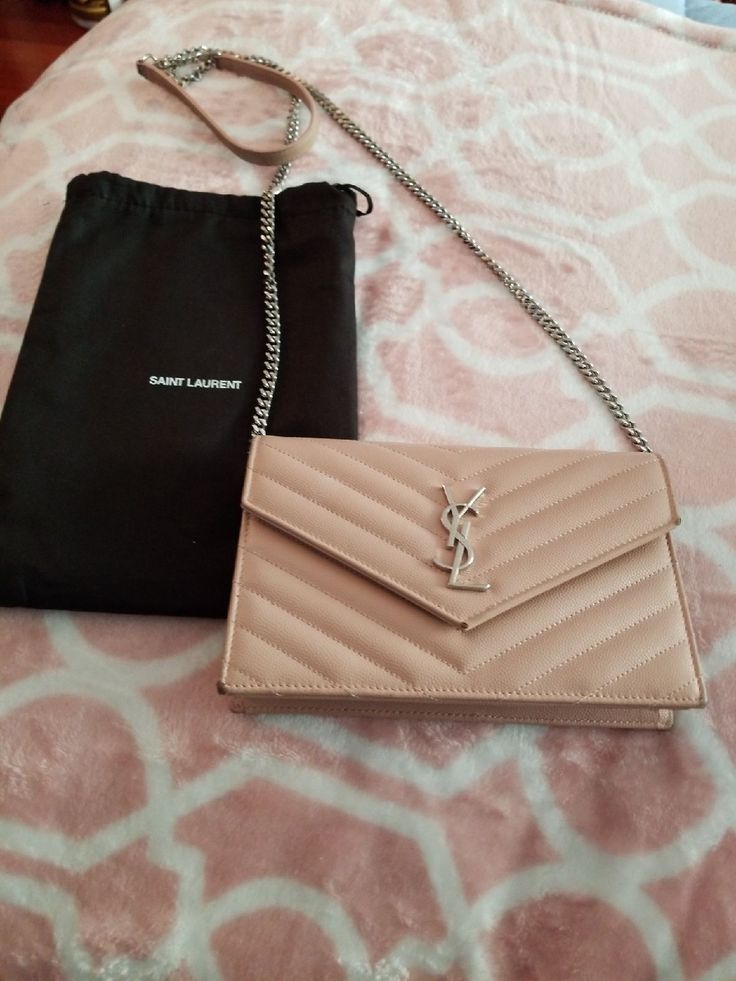 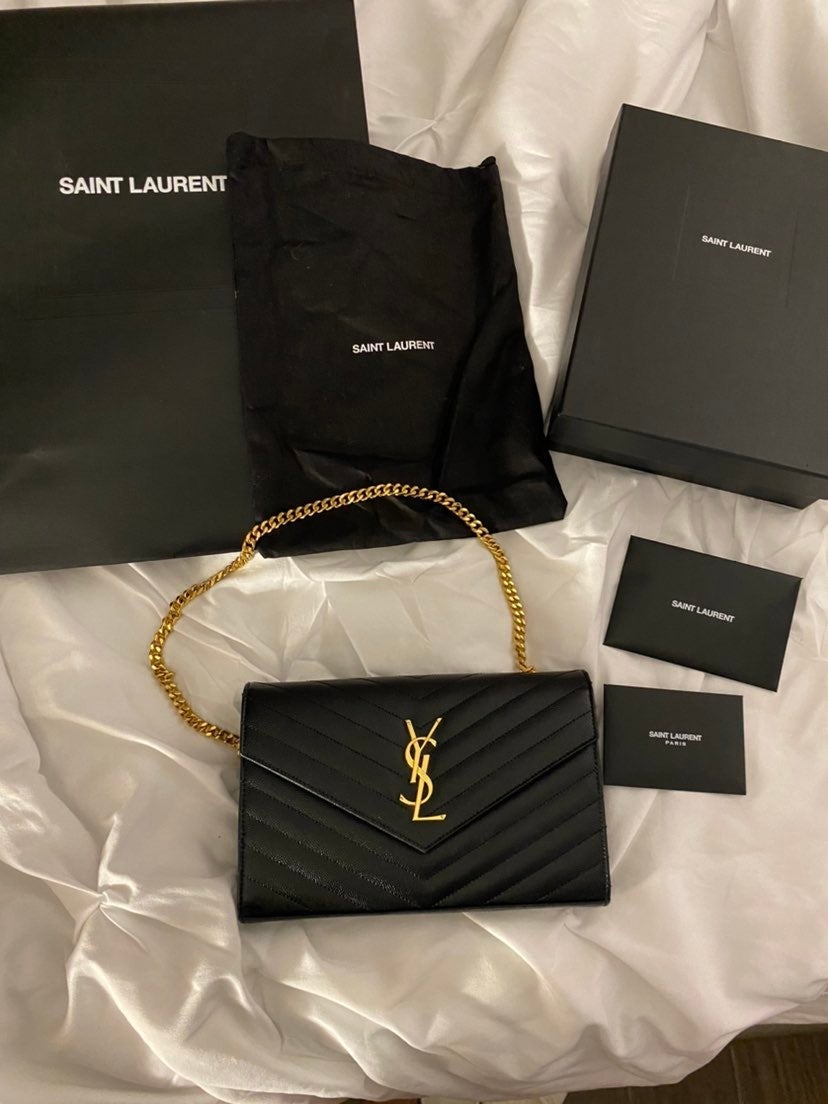 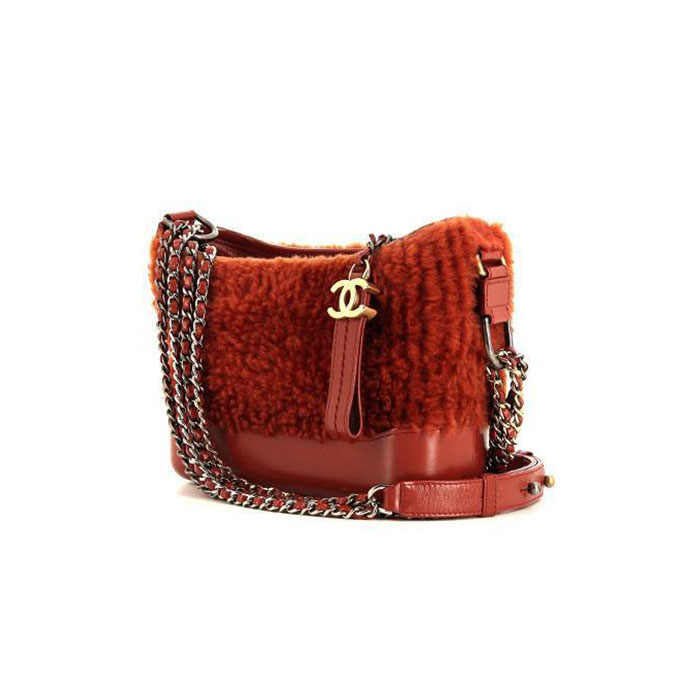 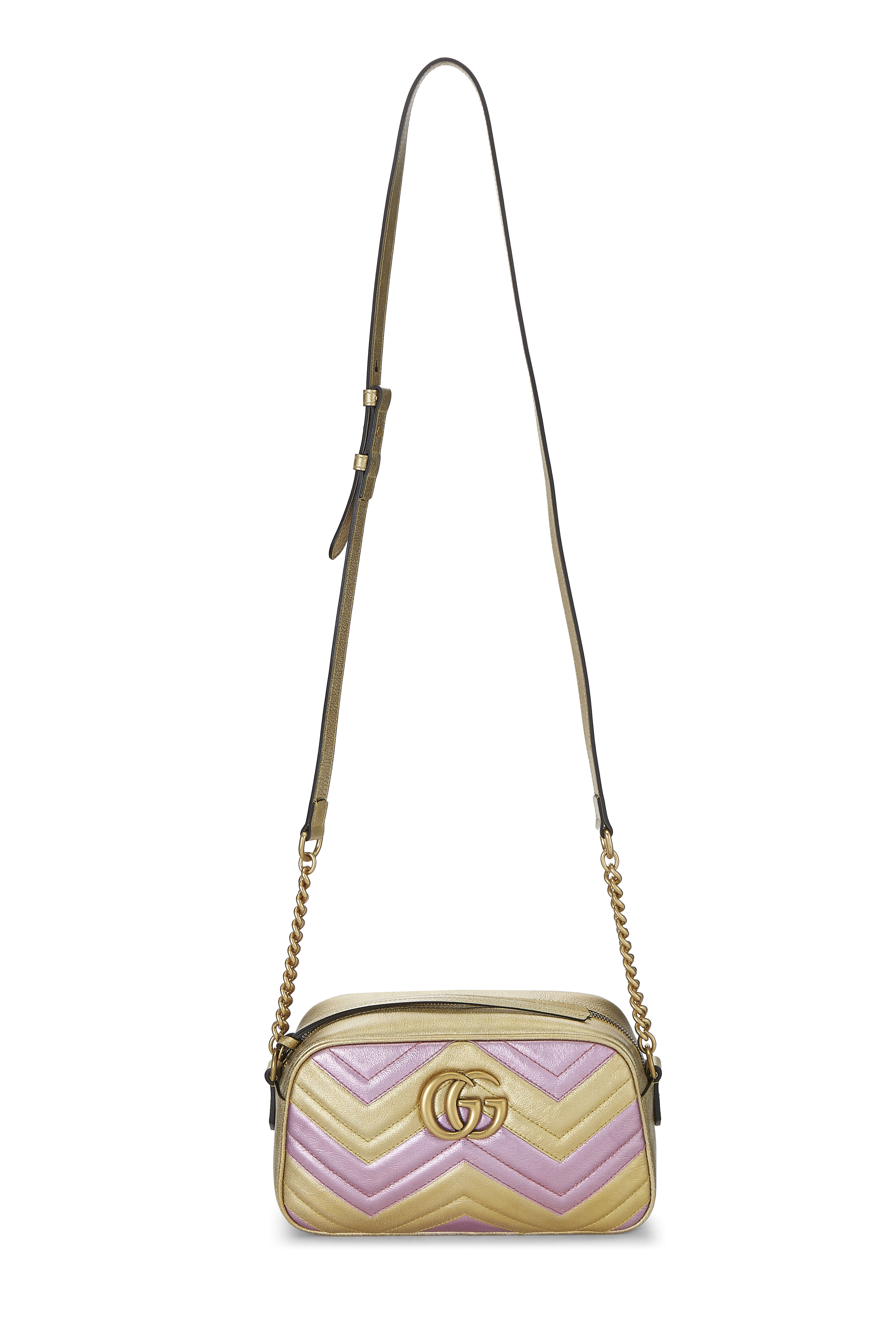 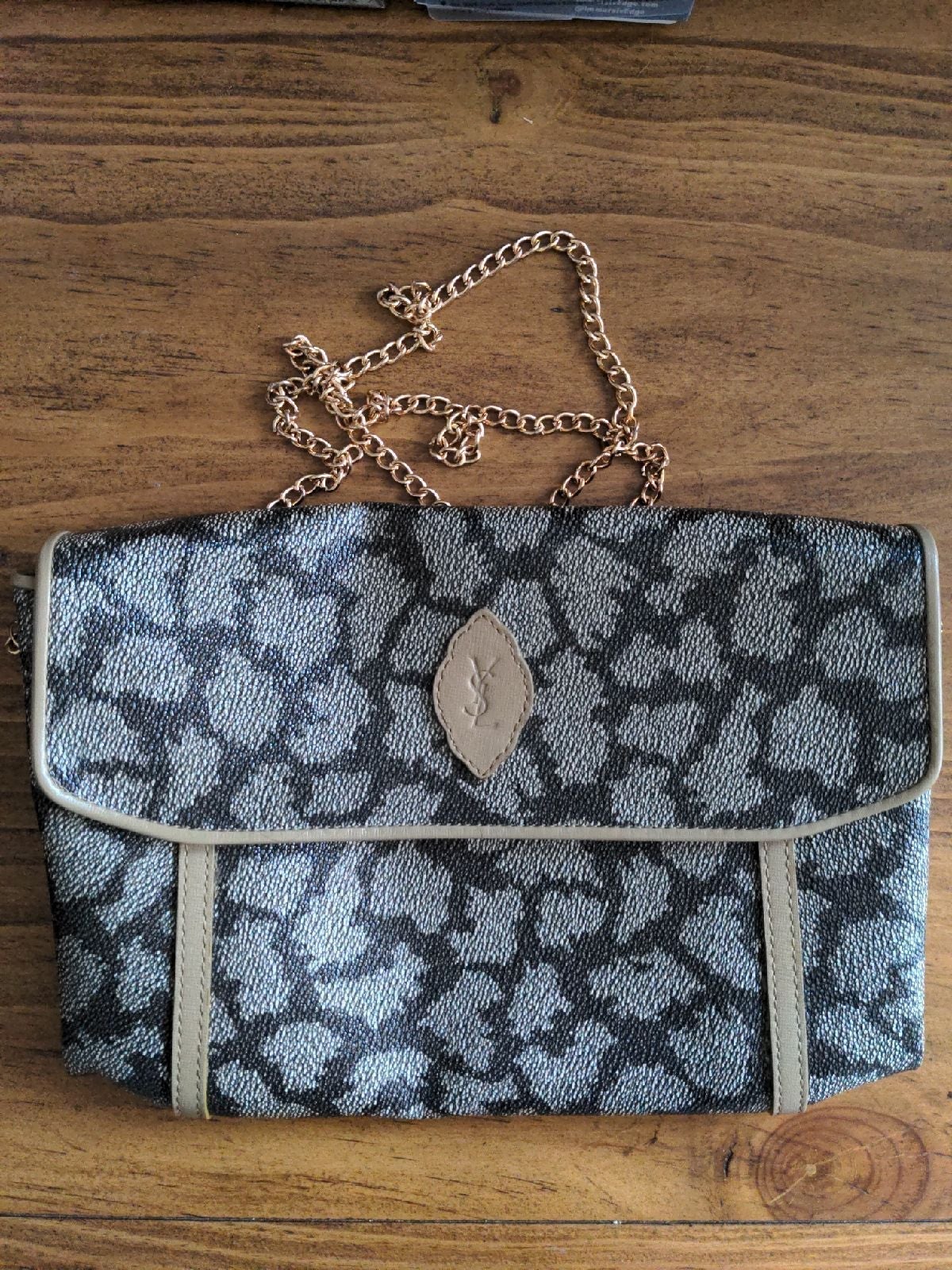 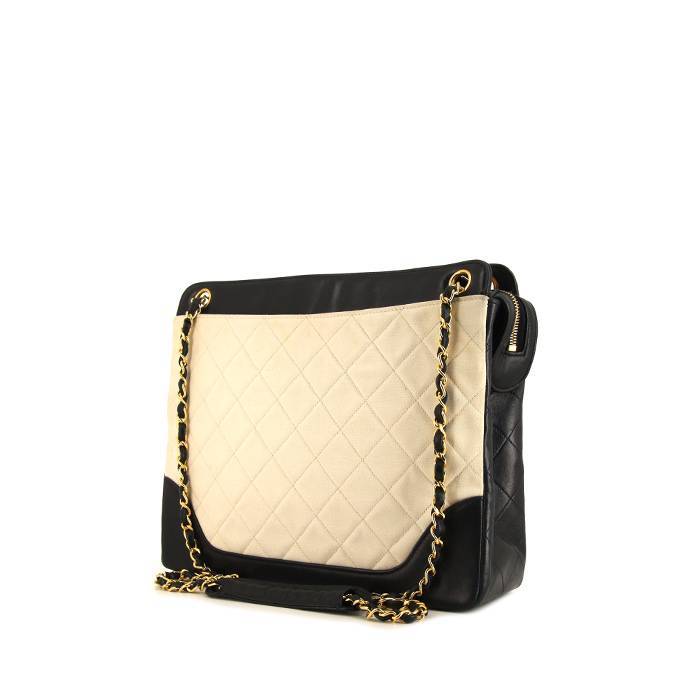 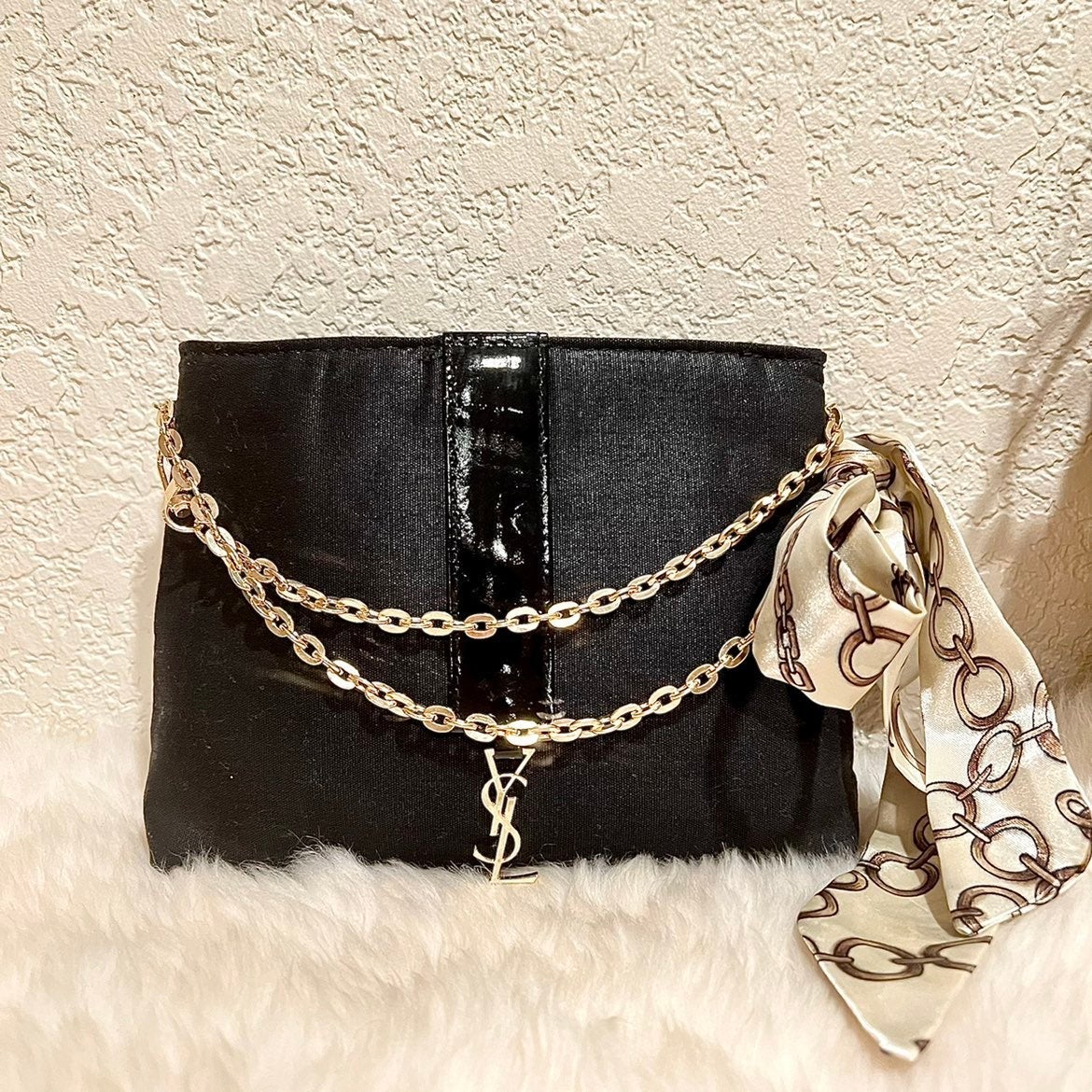