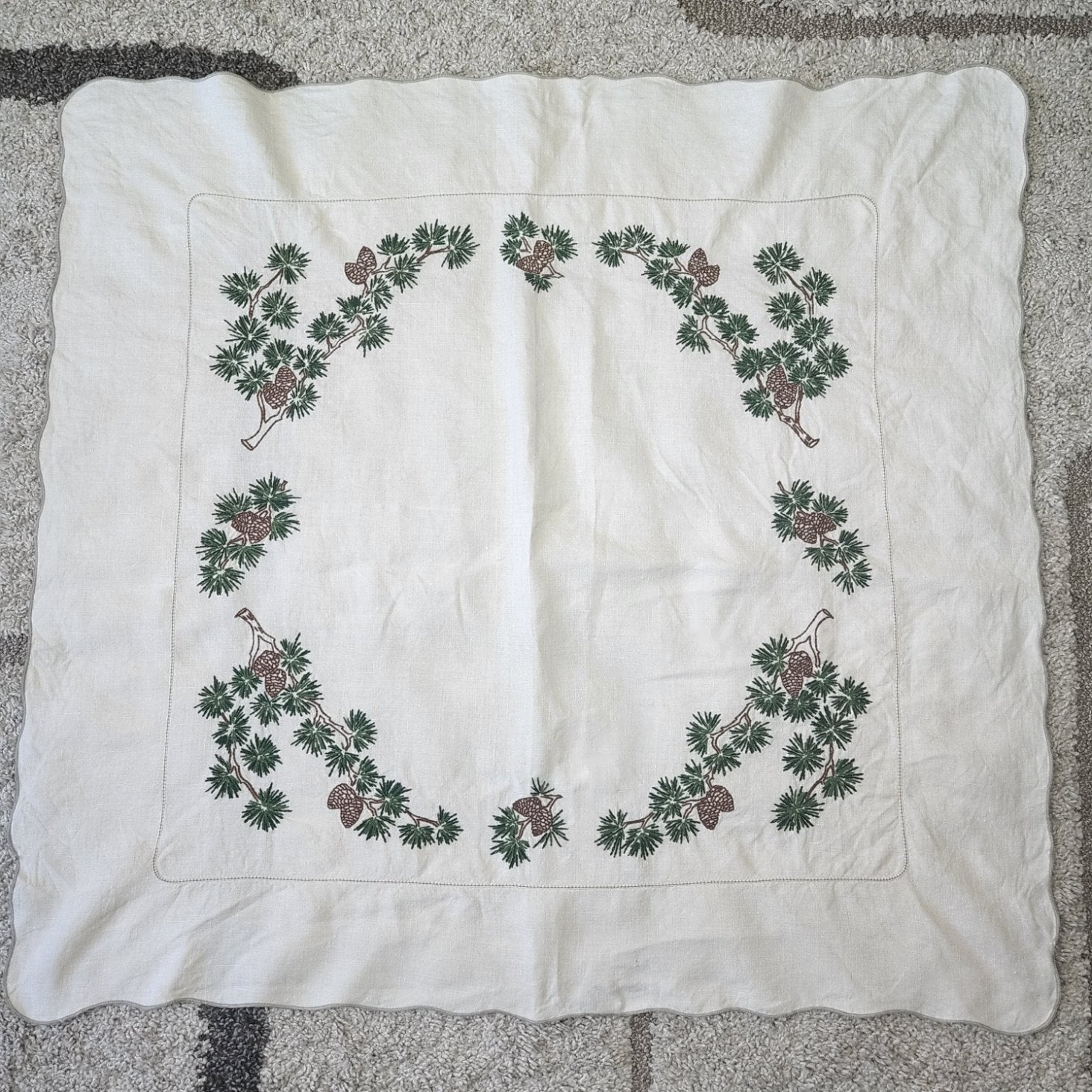 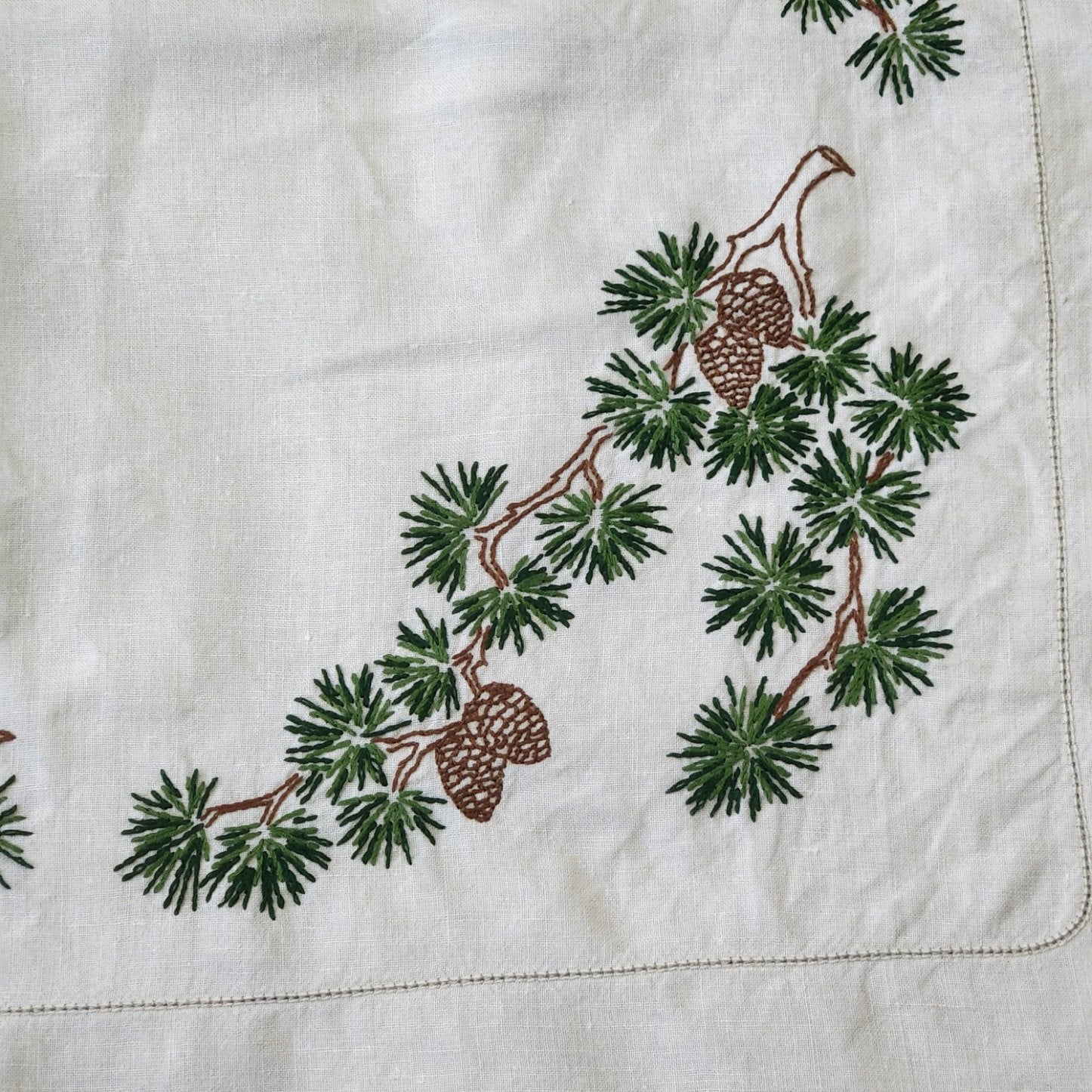 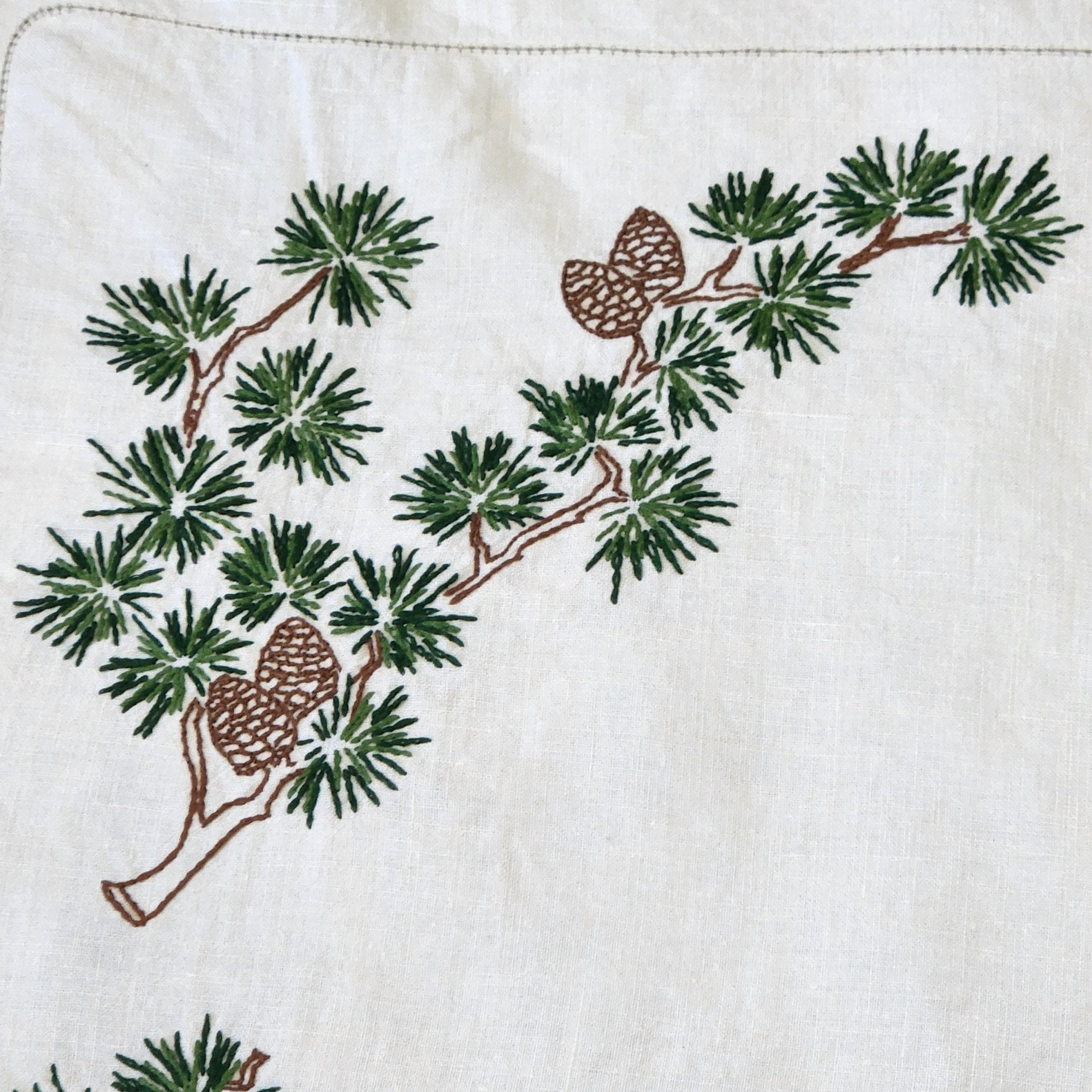 Beautiful vintage embroidered linen tablecloth. Approximate measurements of the full tablecloth is 40" X 37". The inner square is approximately 29" X 27".It may have some slight yellowing, very slight. The branches, pine needles and pinecones are embroidered. Very nice. I do not know it's age. 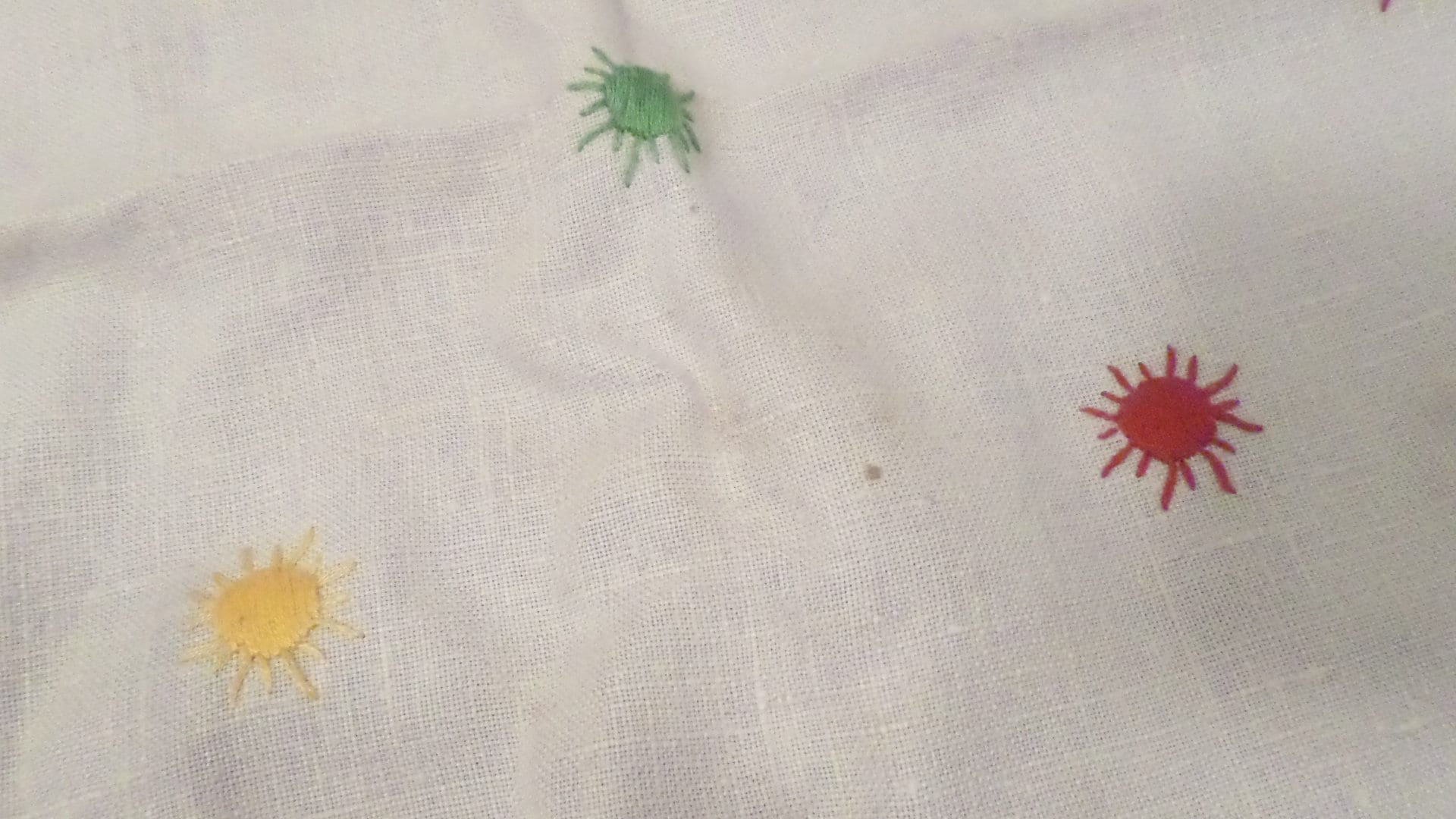 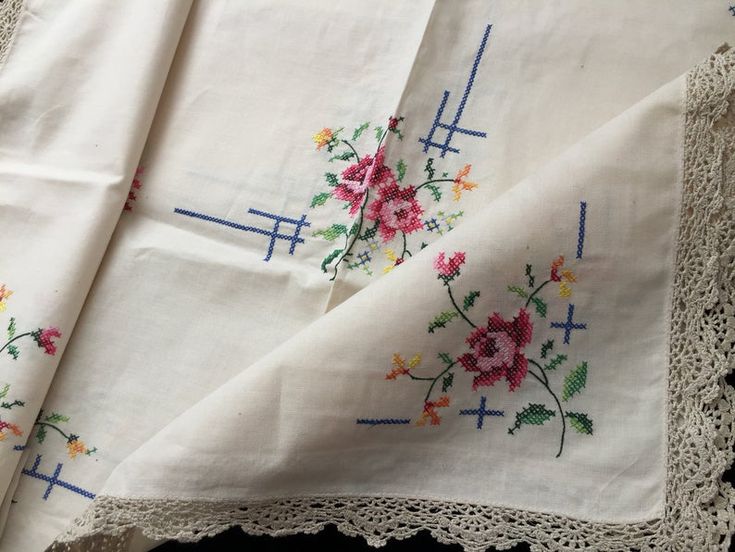 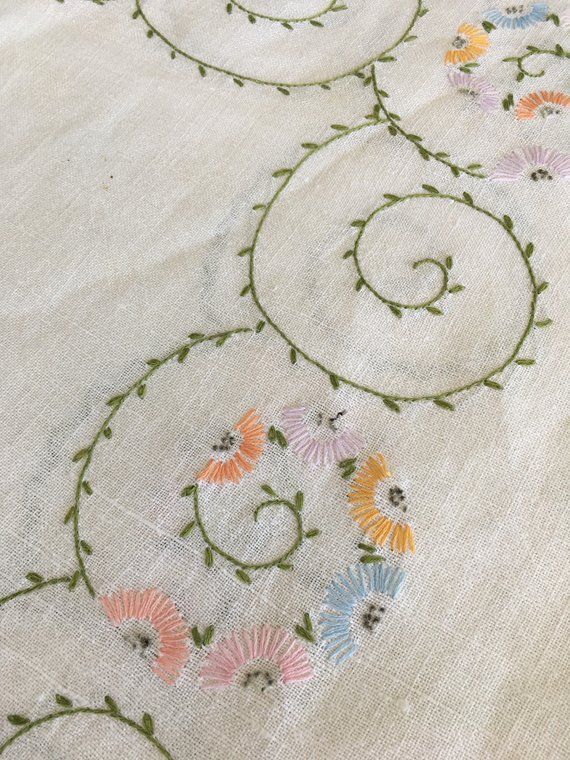 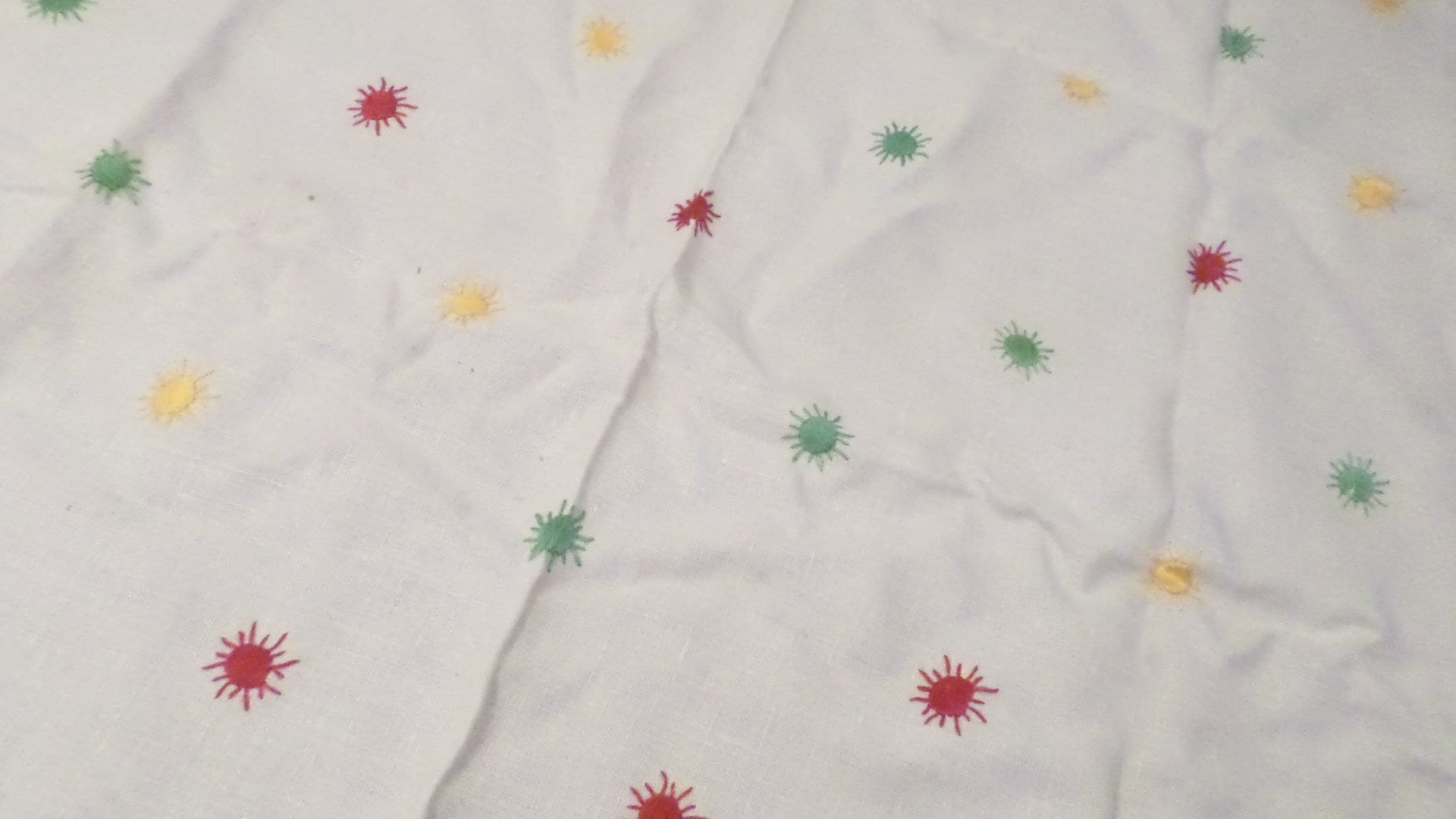 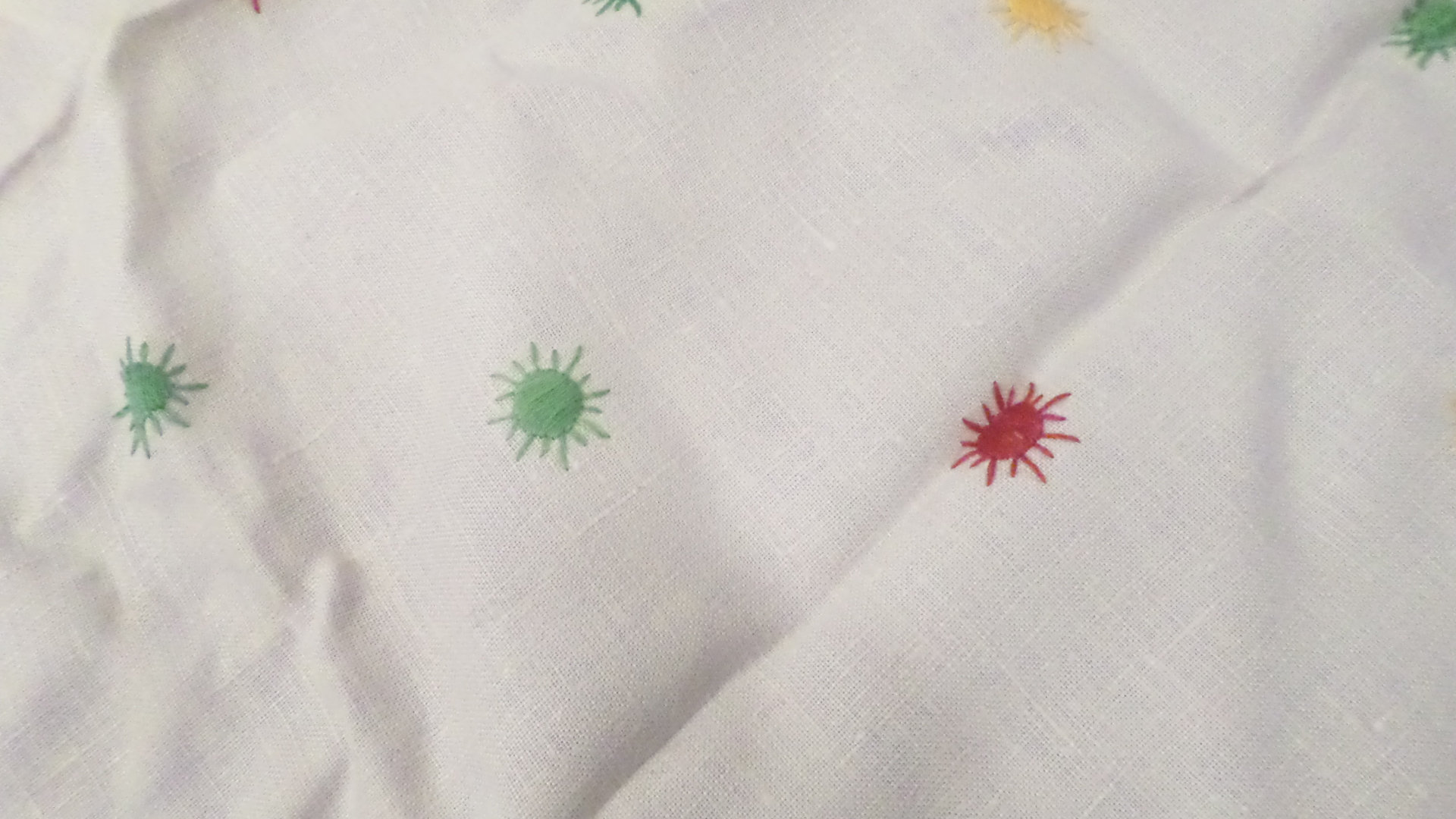 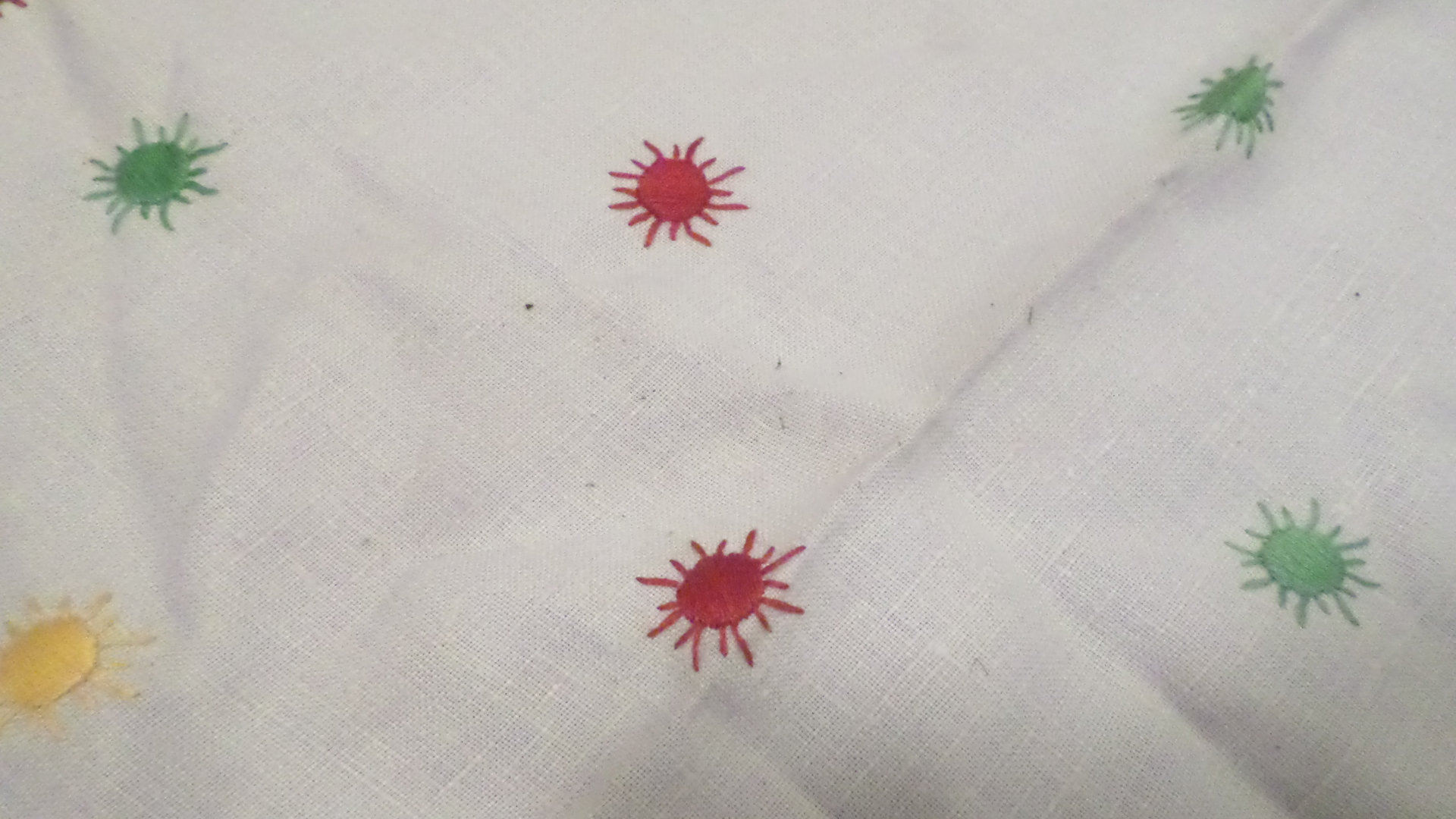 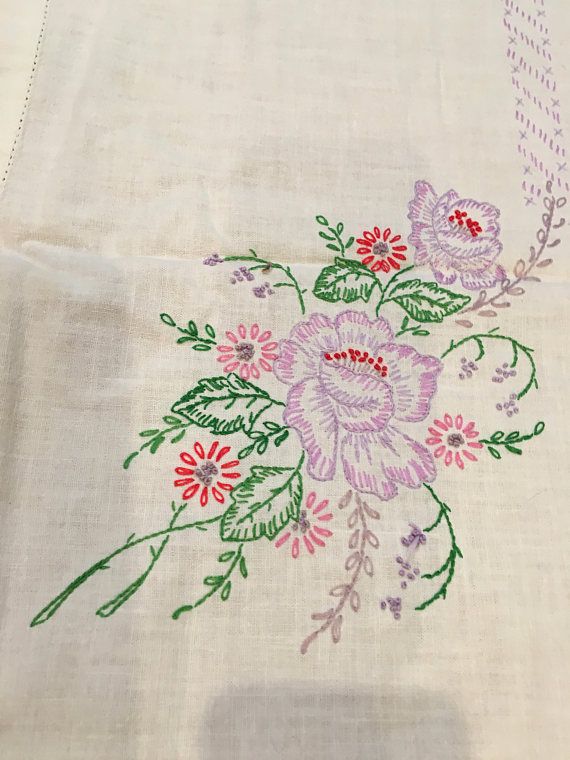 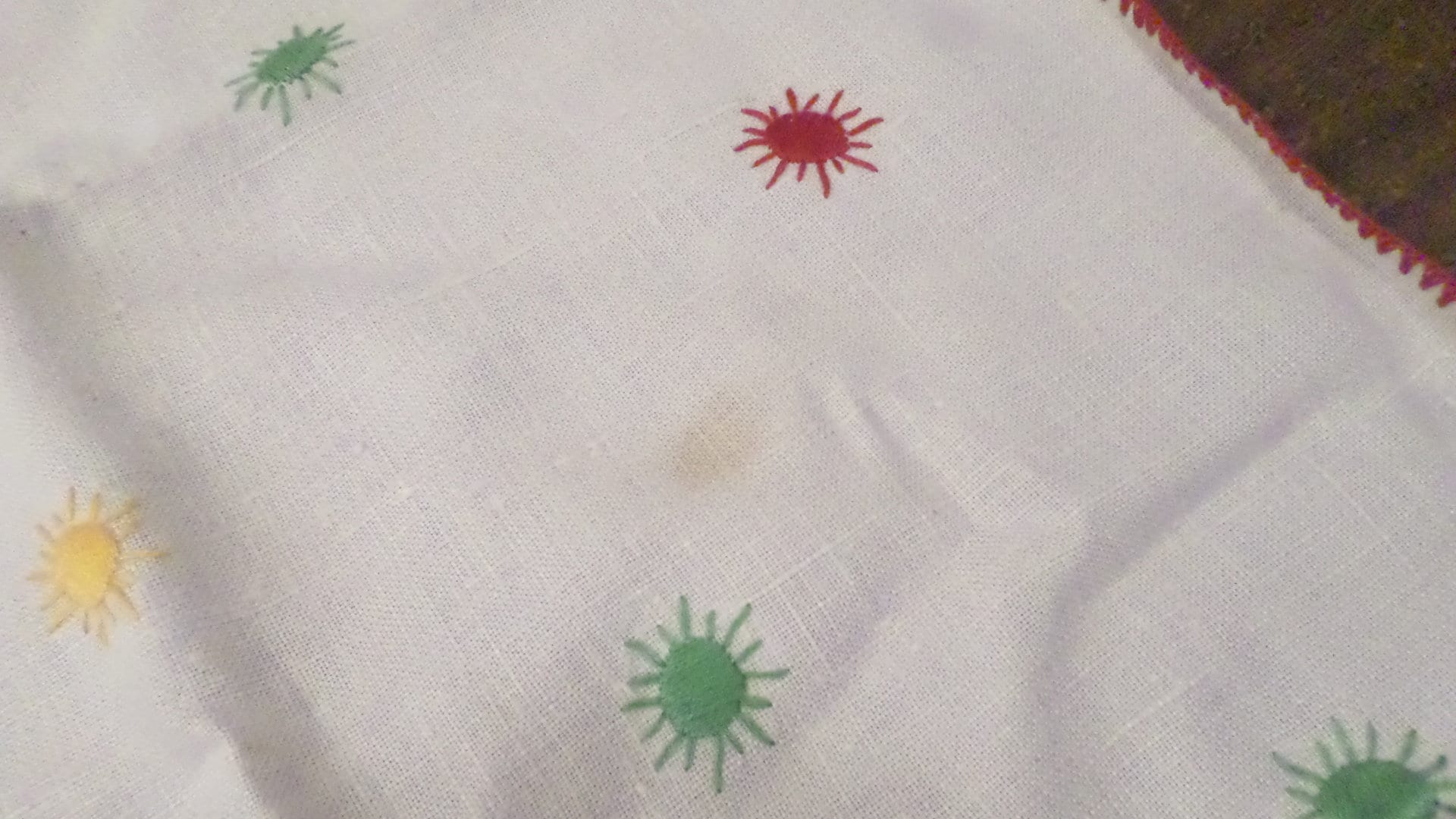 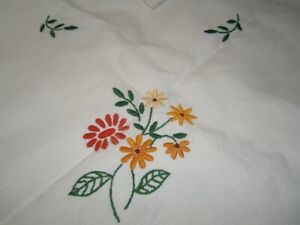 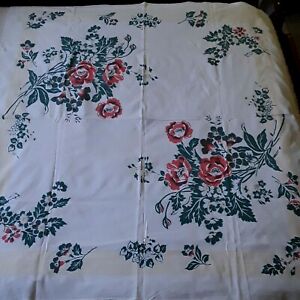 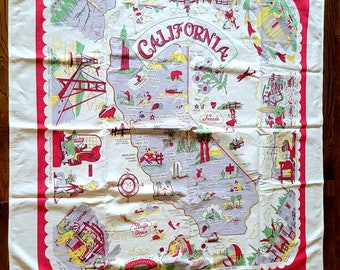 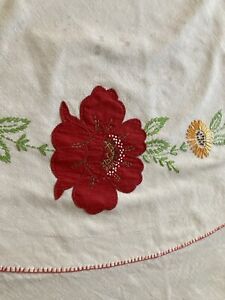 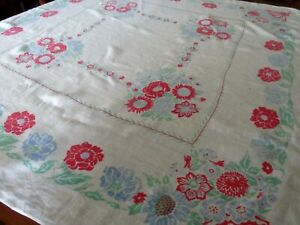 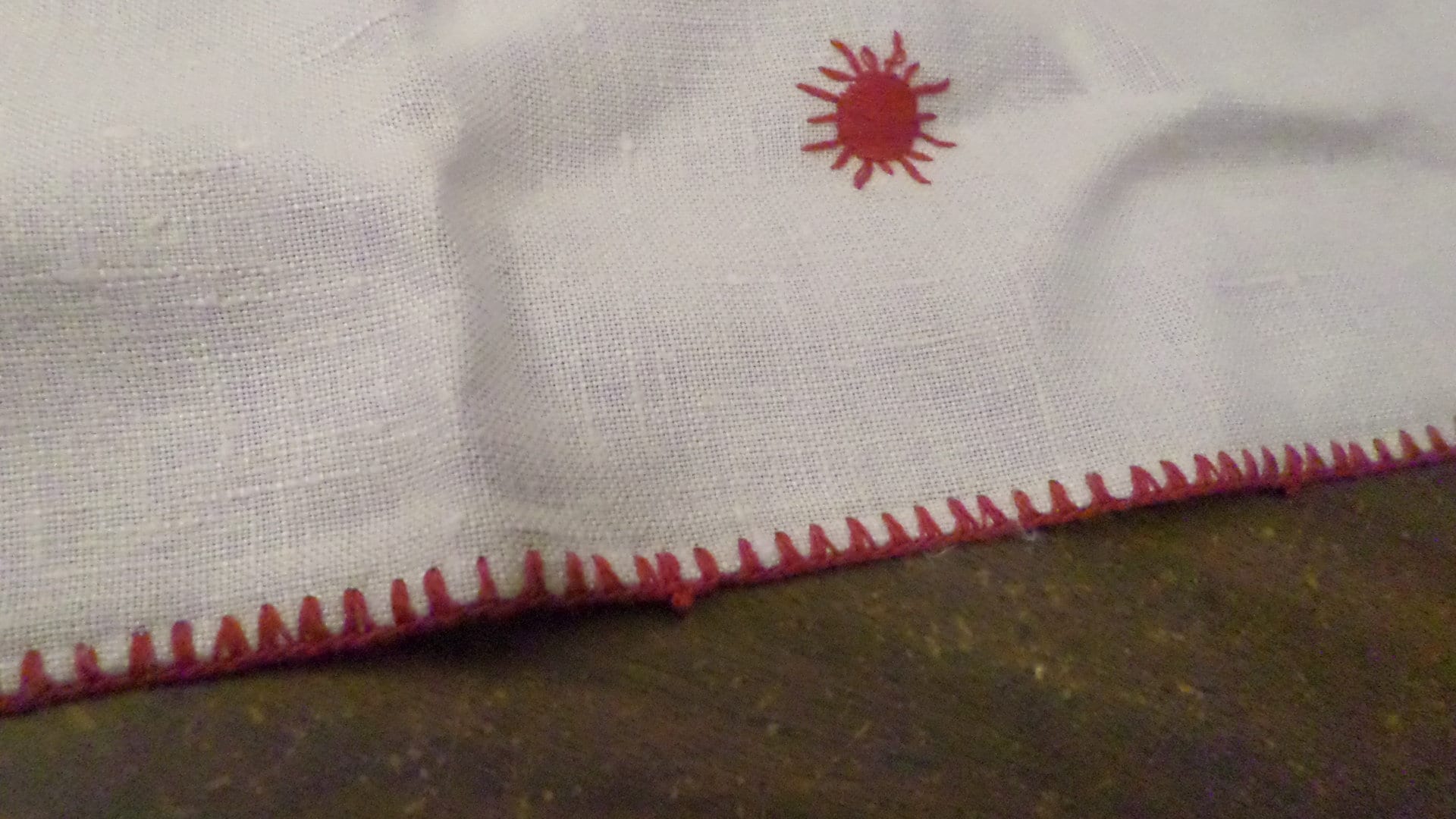 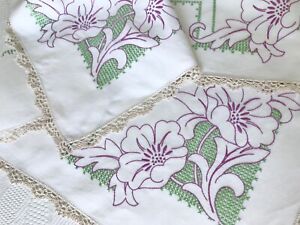