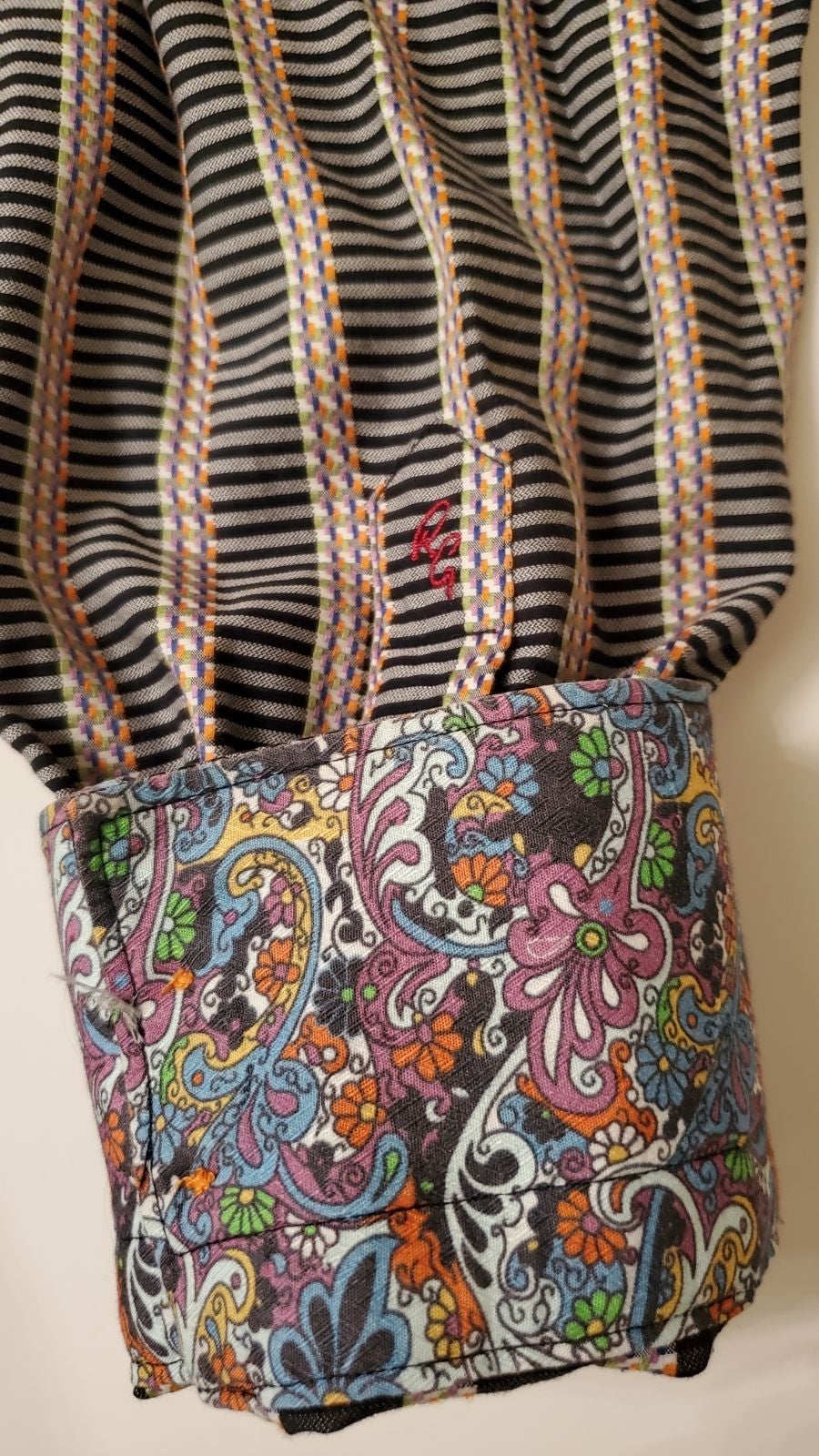 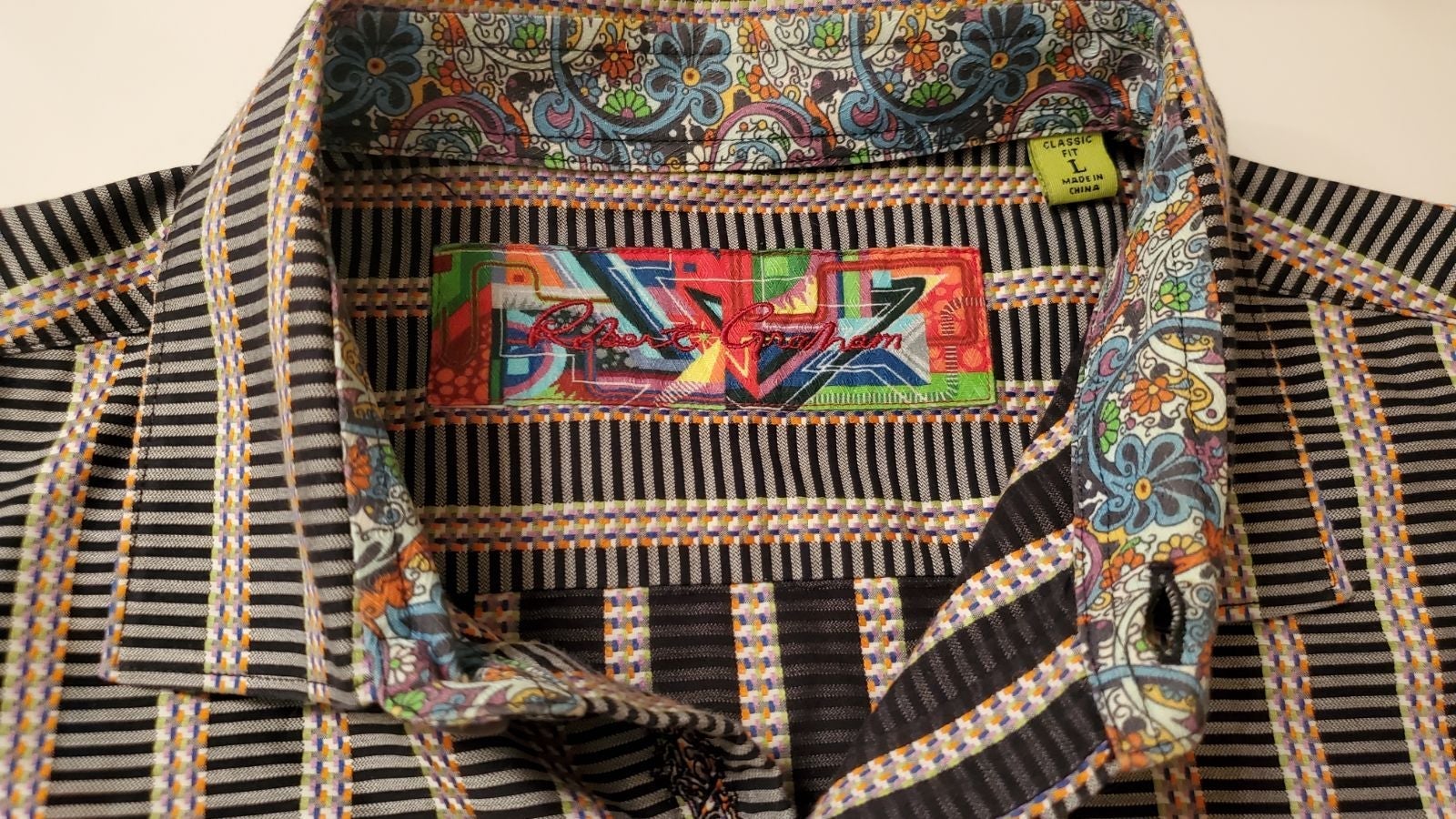 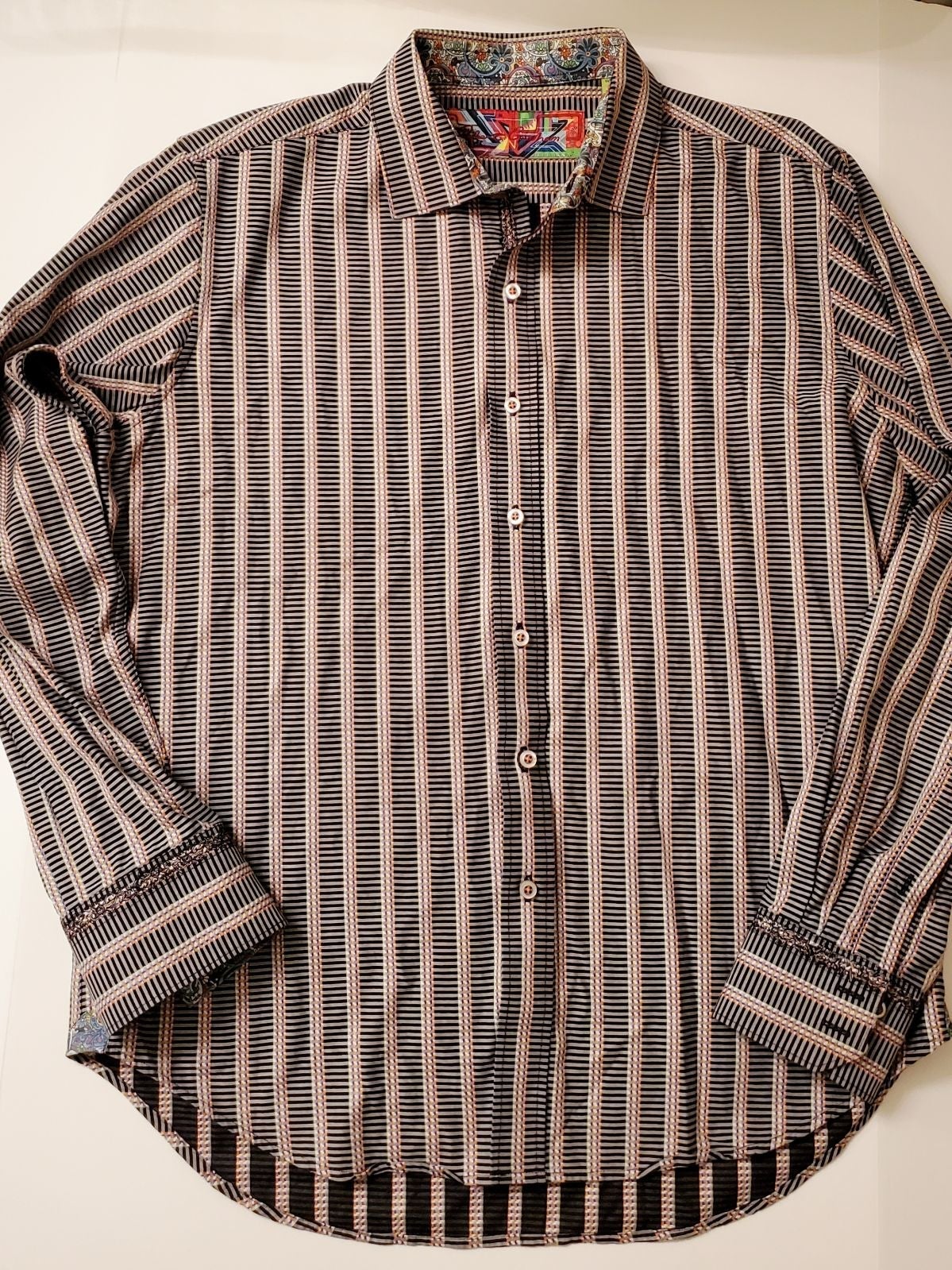 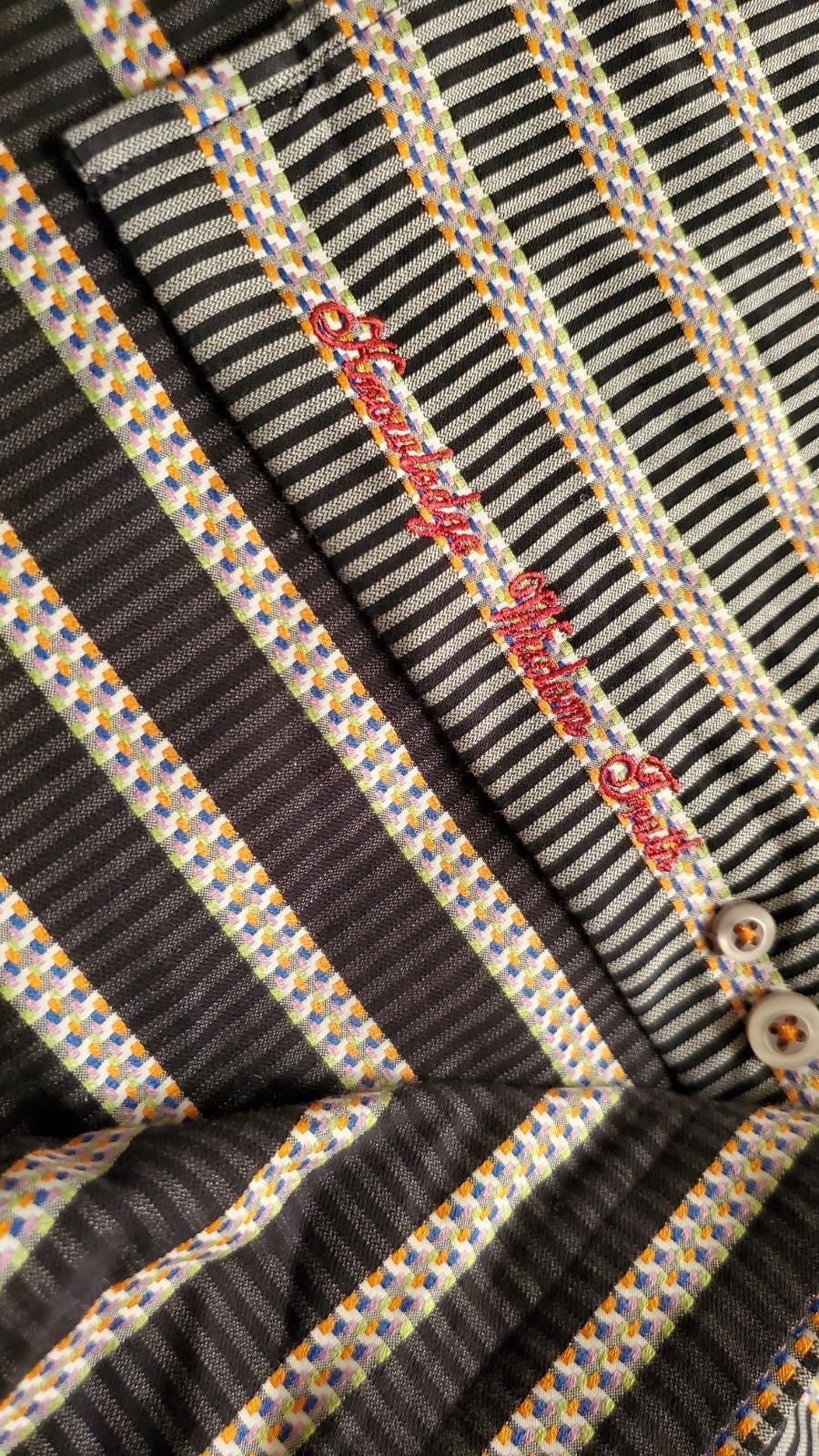 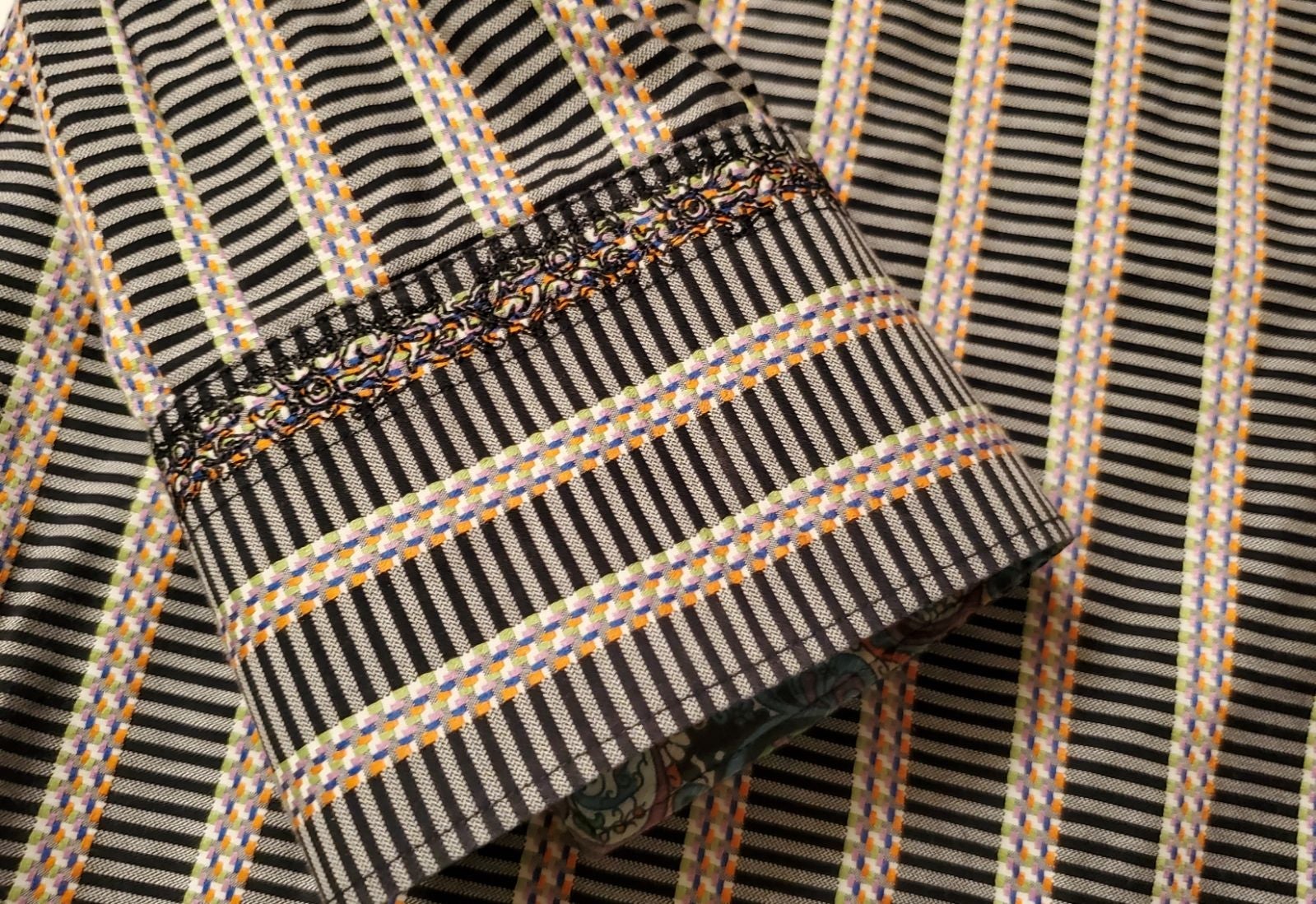 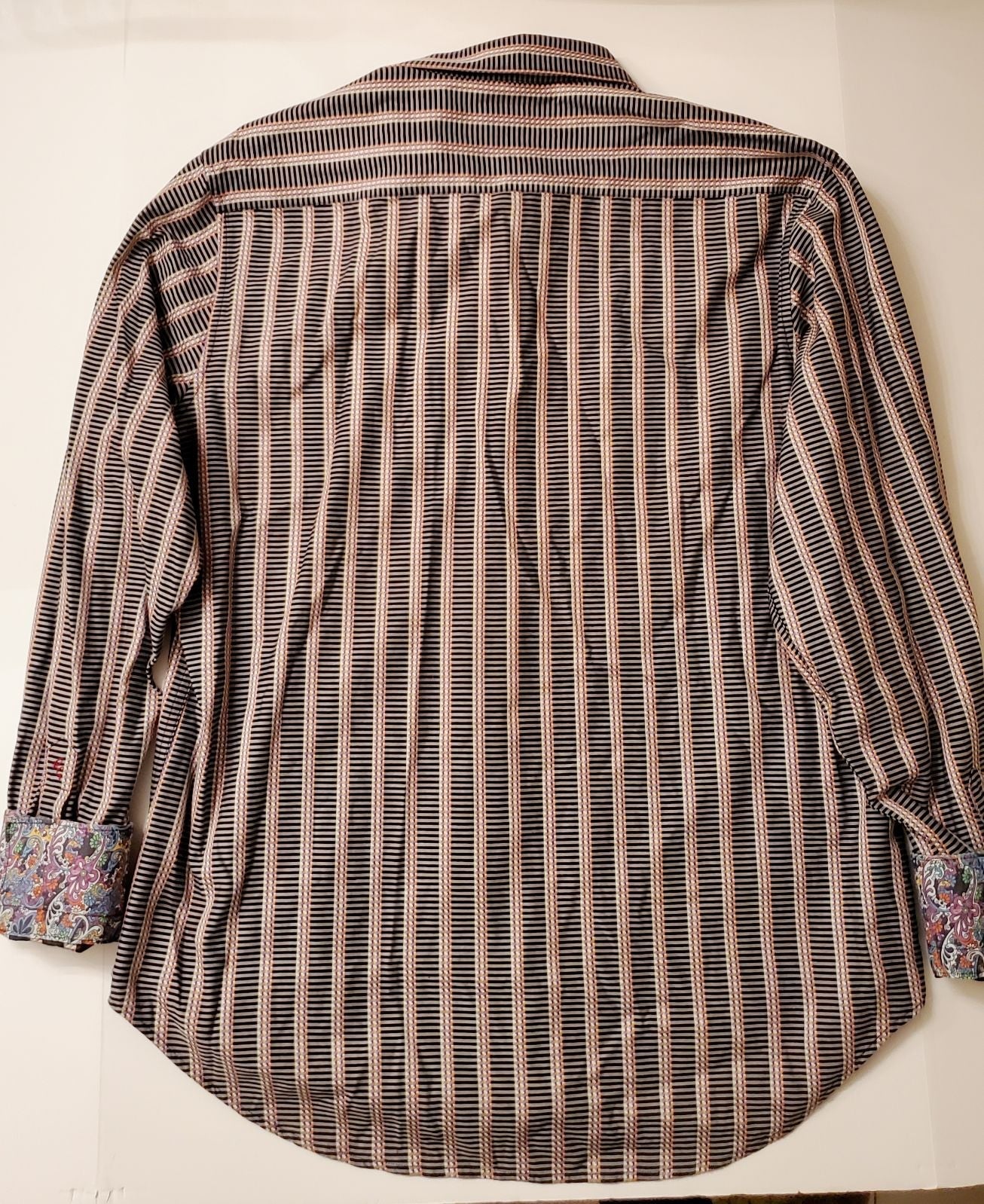 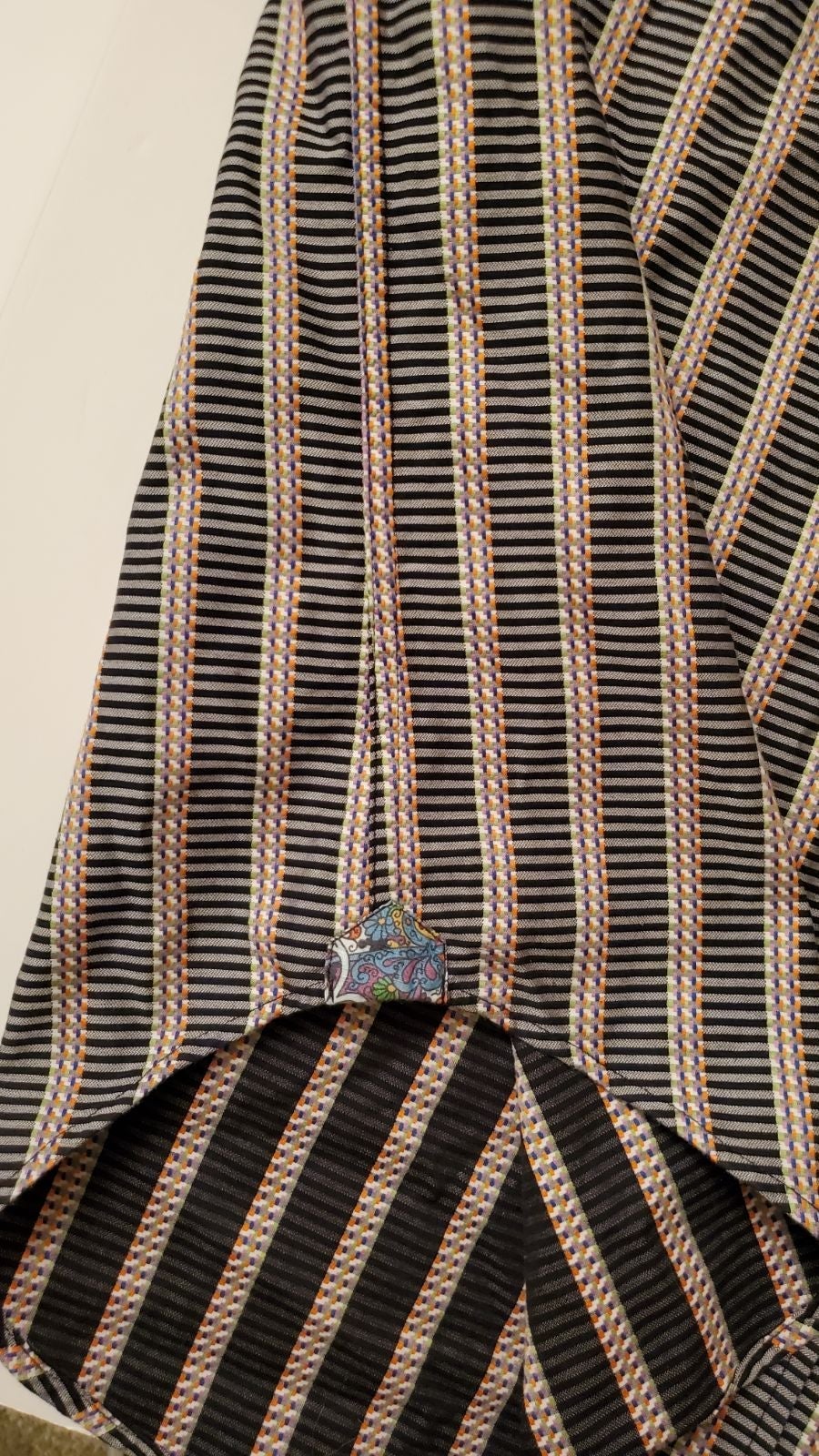 This unique shirt has a great balance of business look with a party accent. Inside cuff has a colorful paisley pattern. Great Condition! 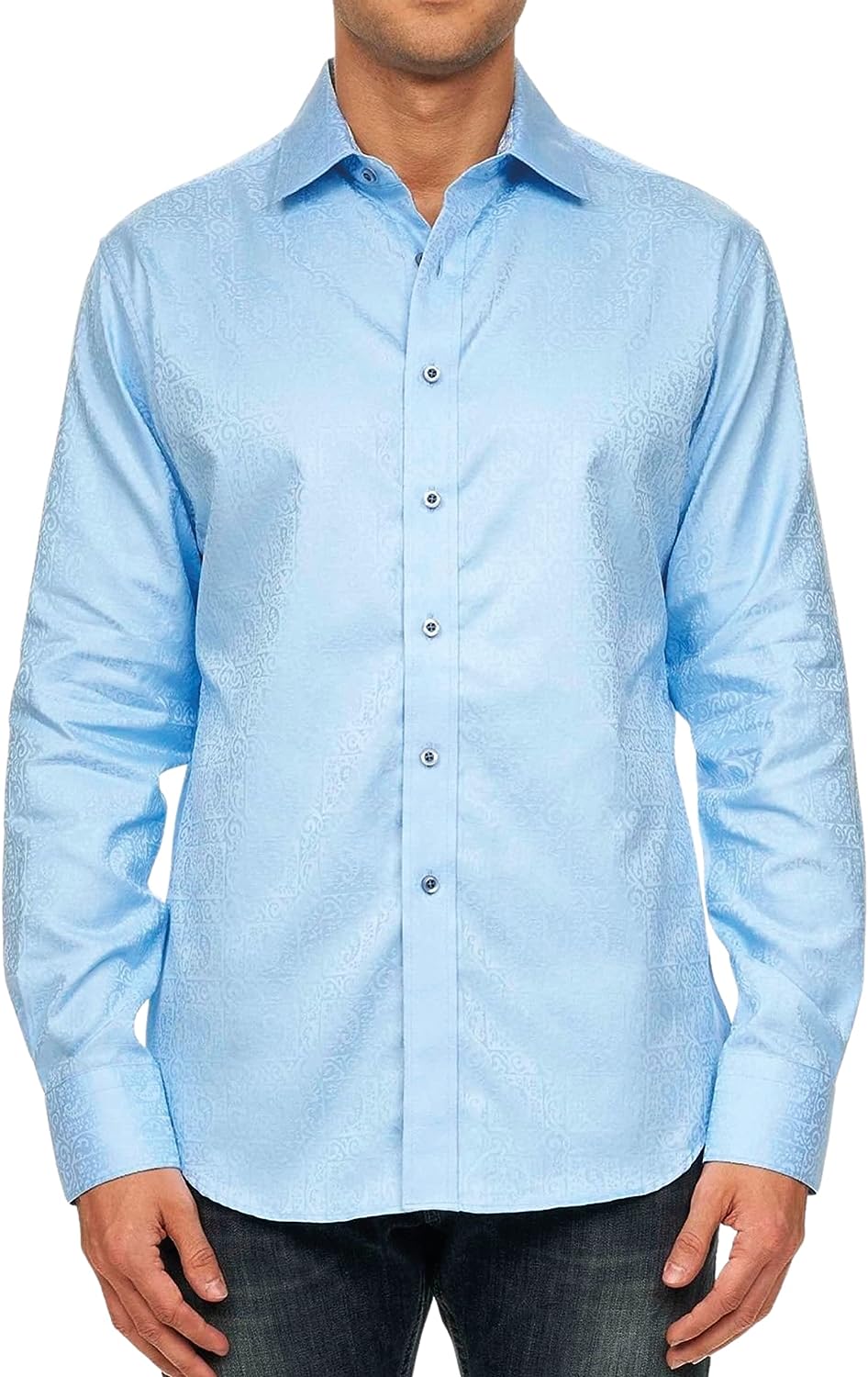 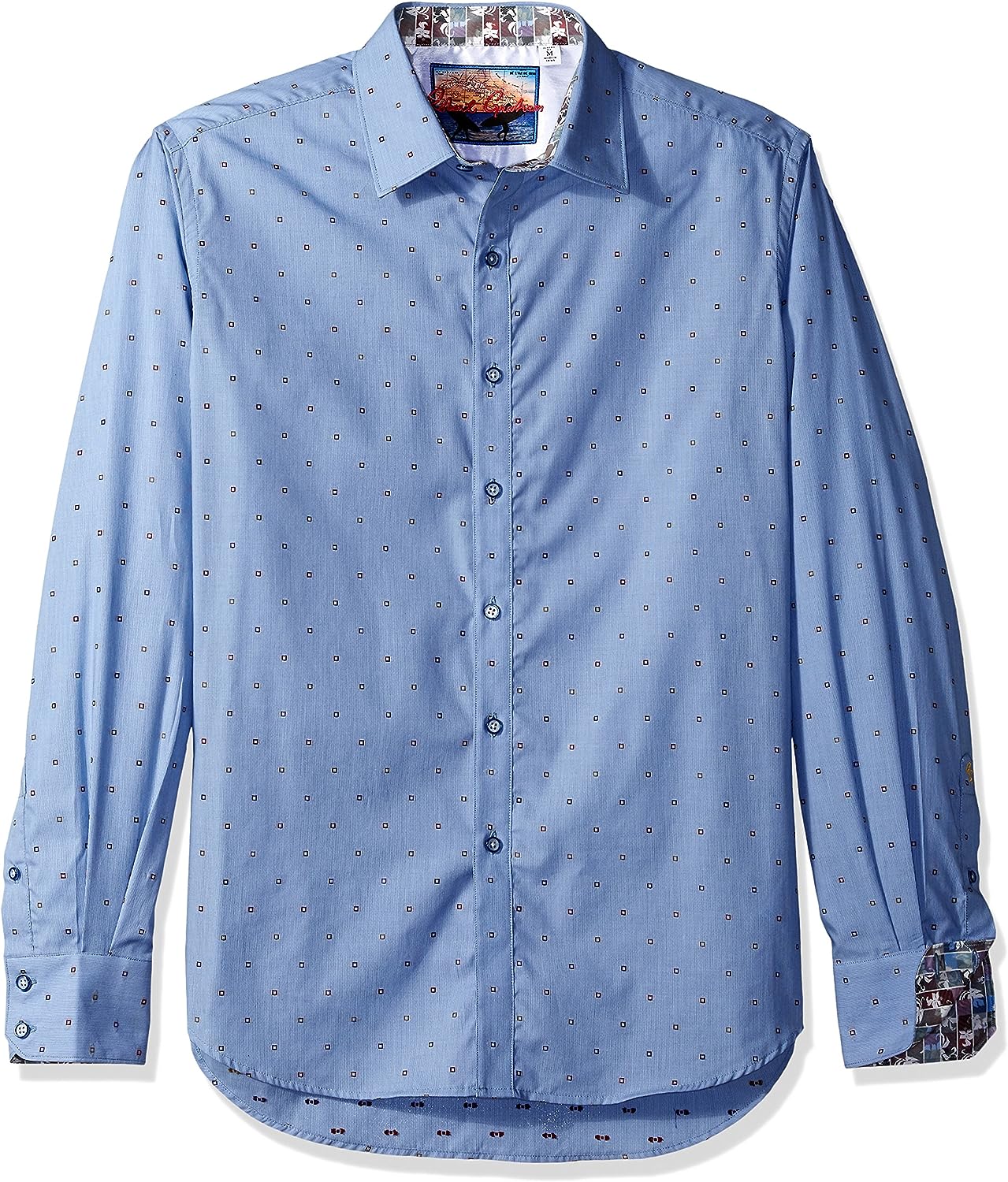 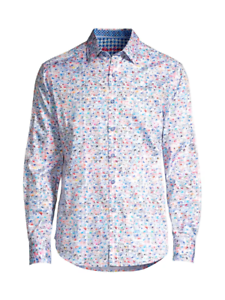 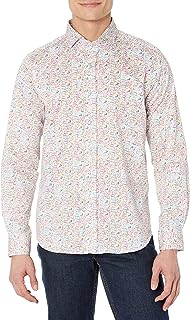 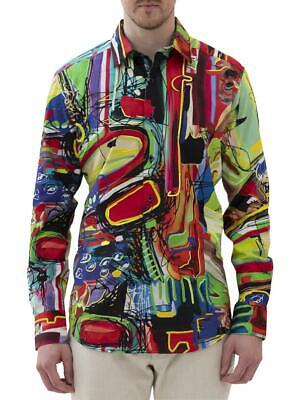 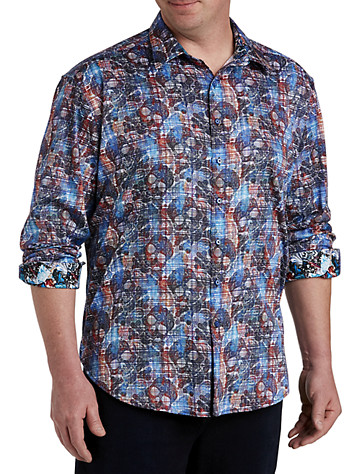 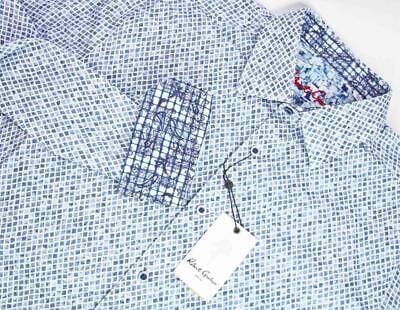