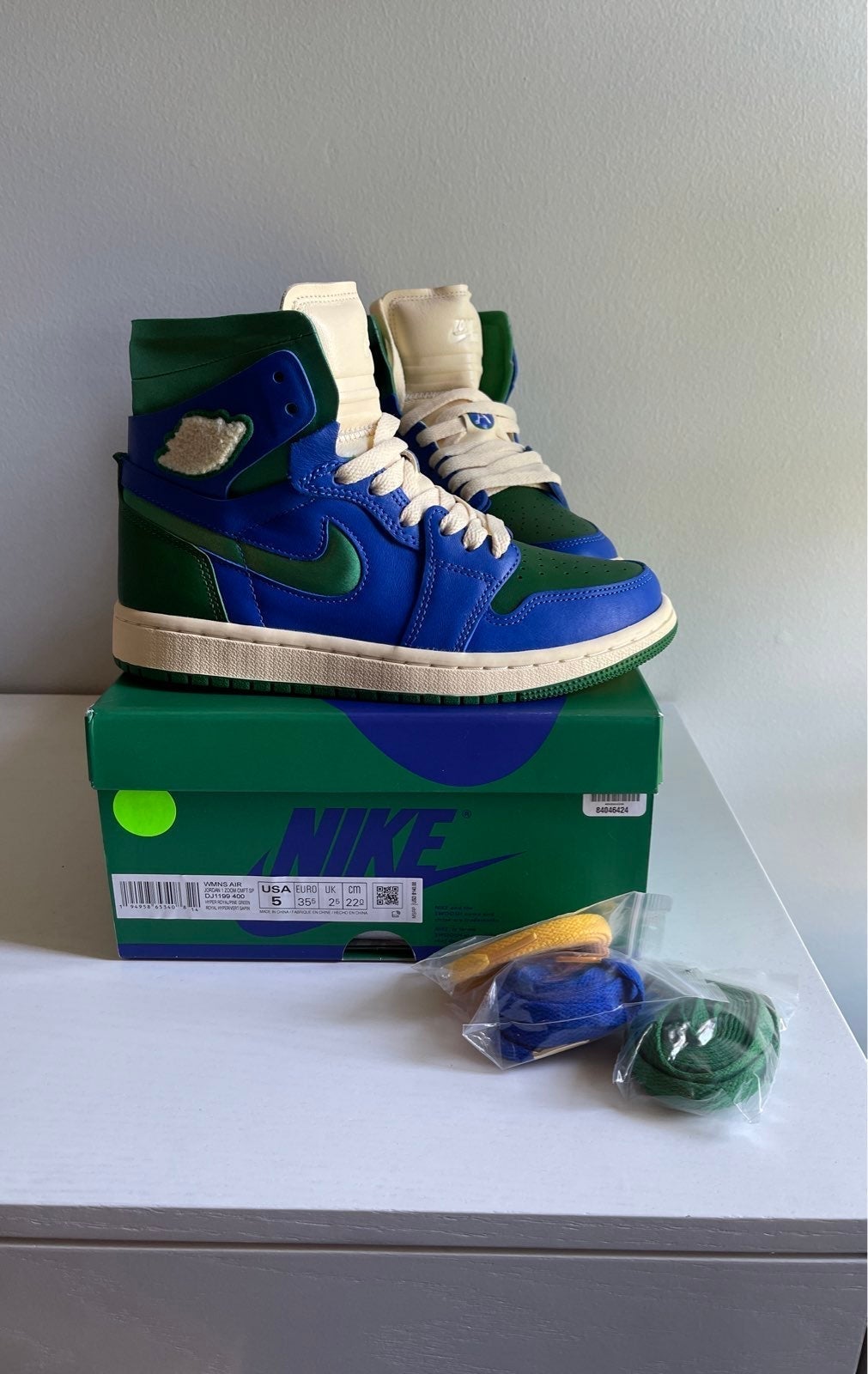 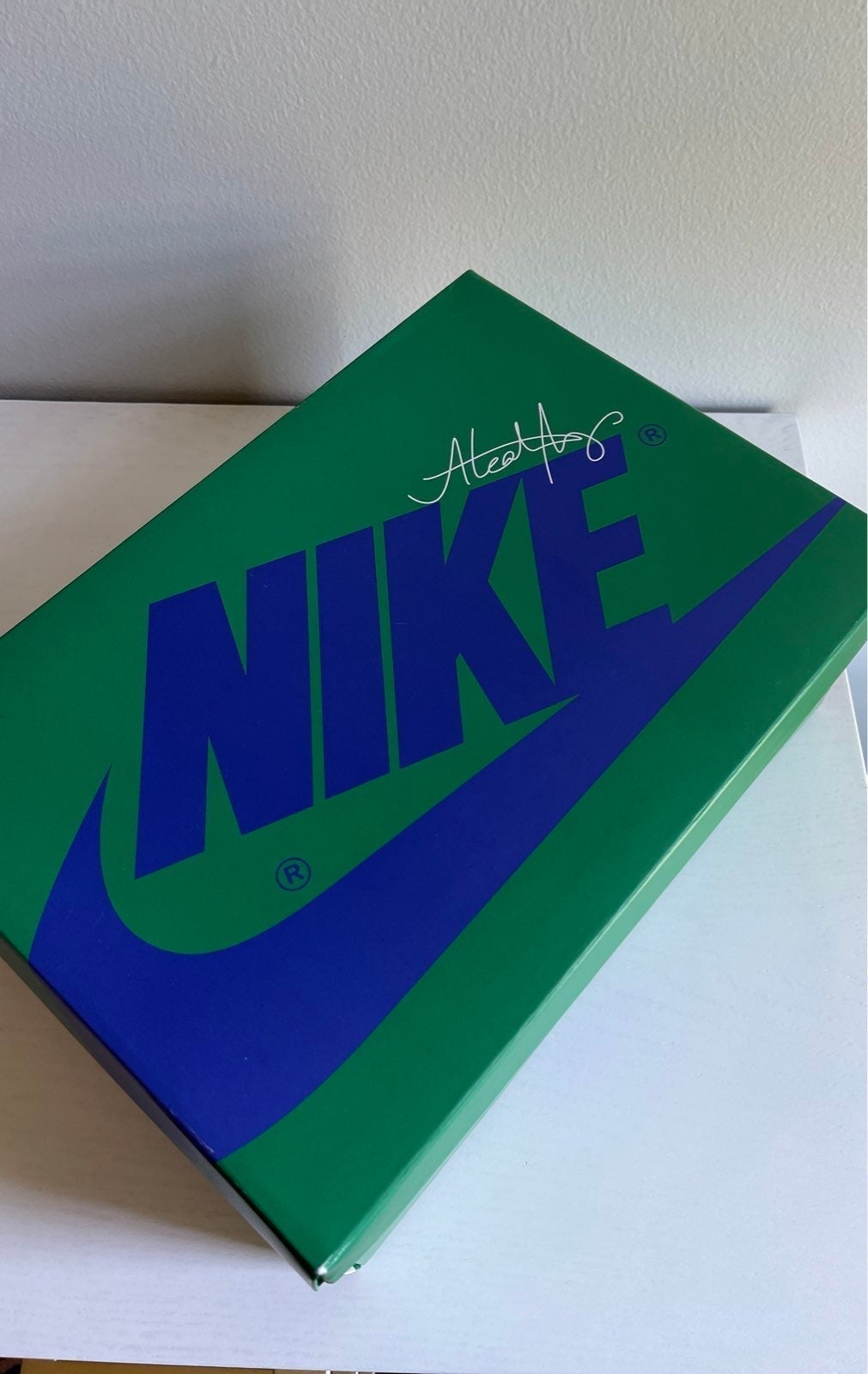 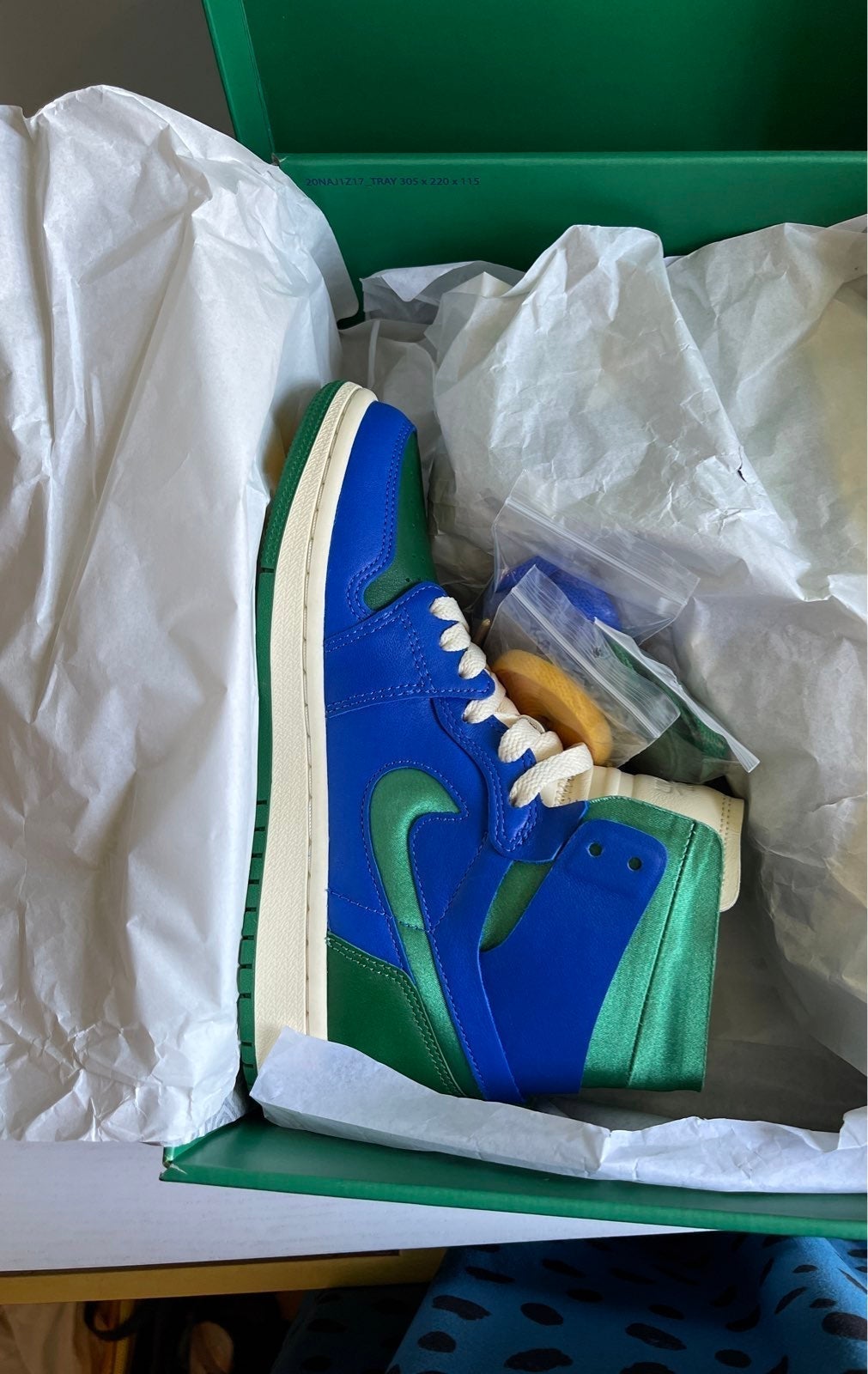 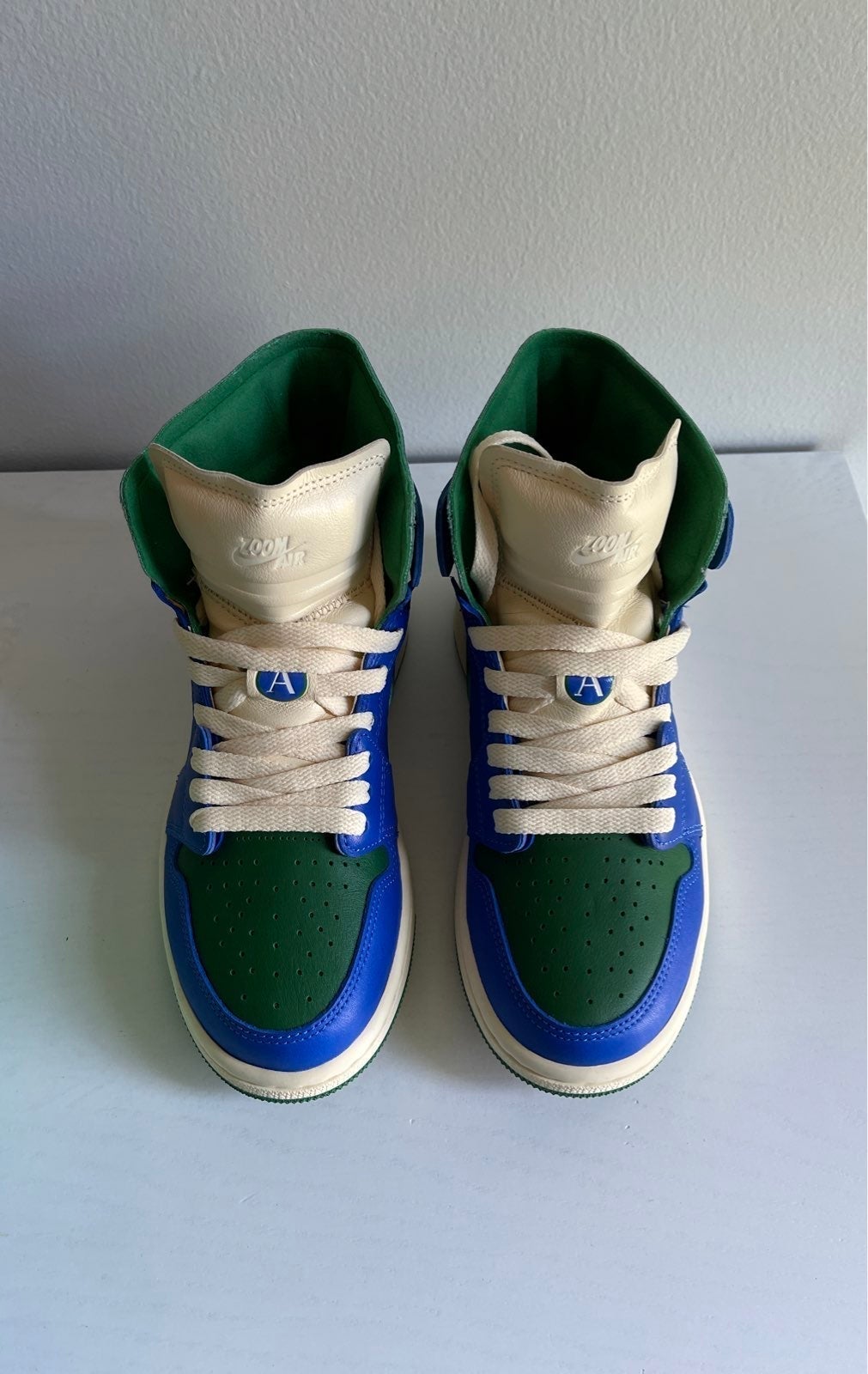 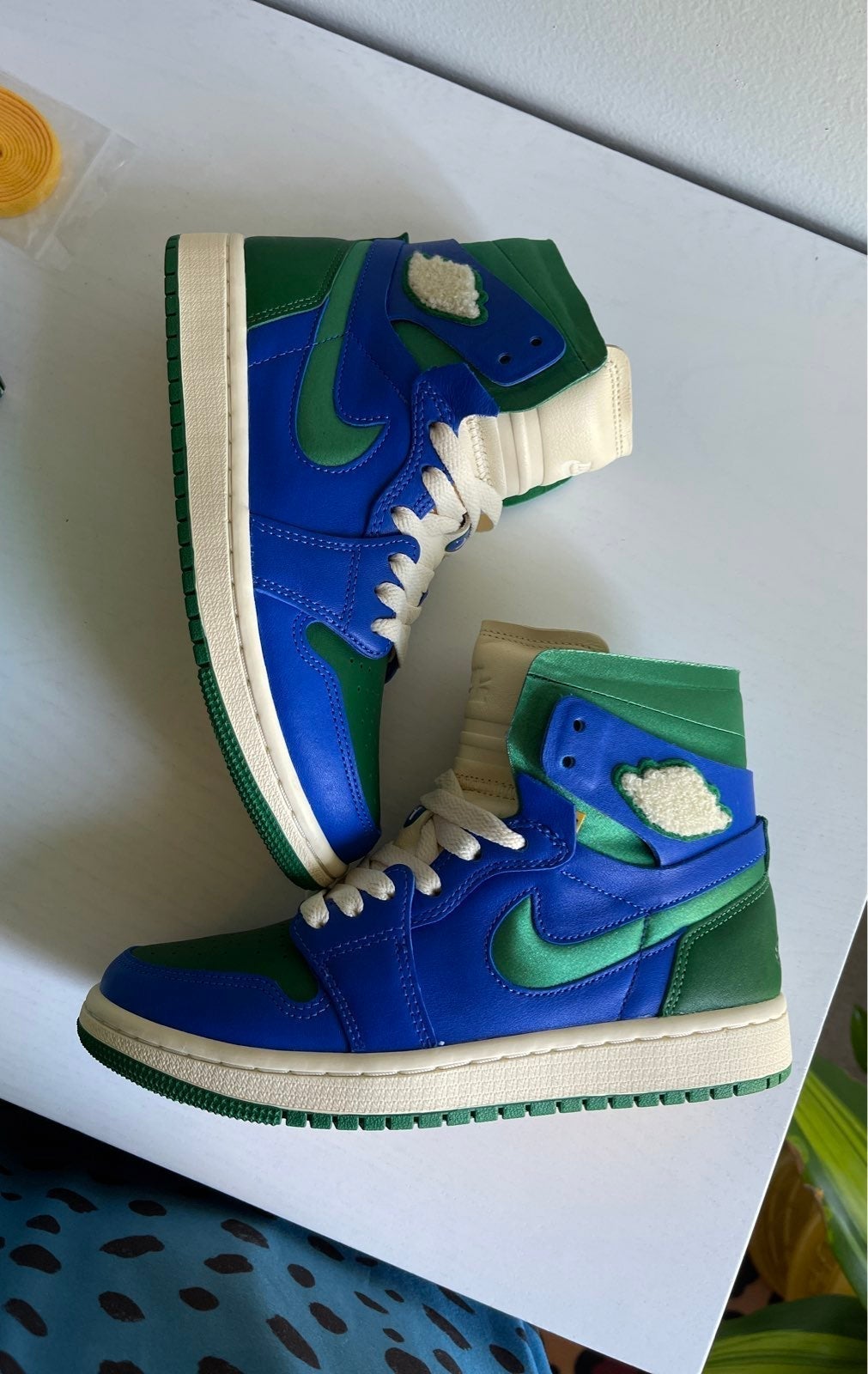 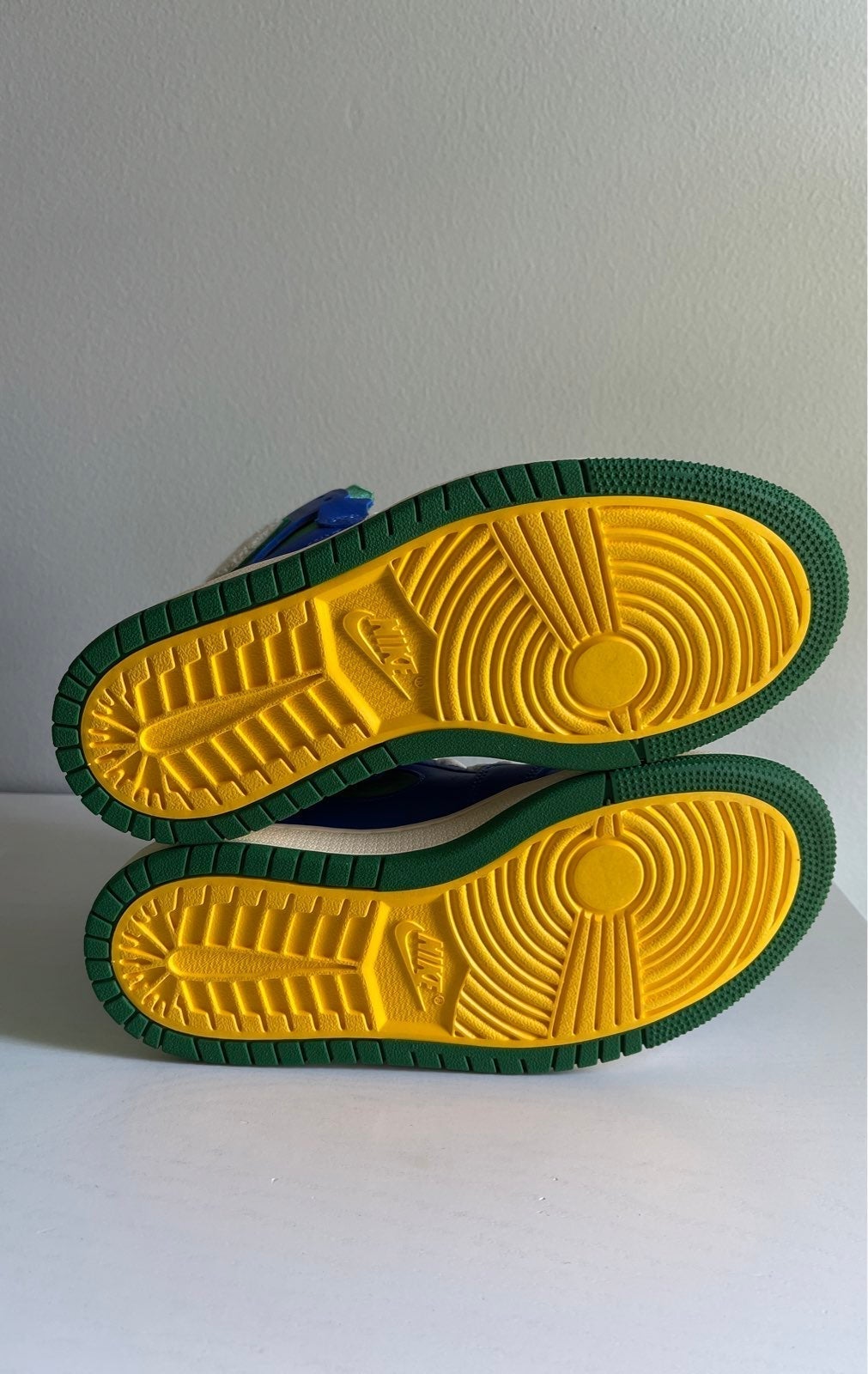 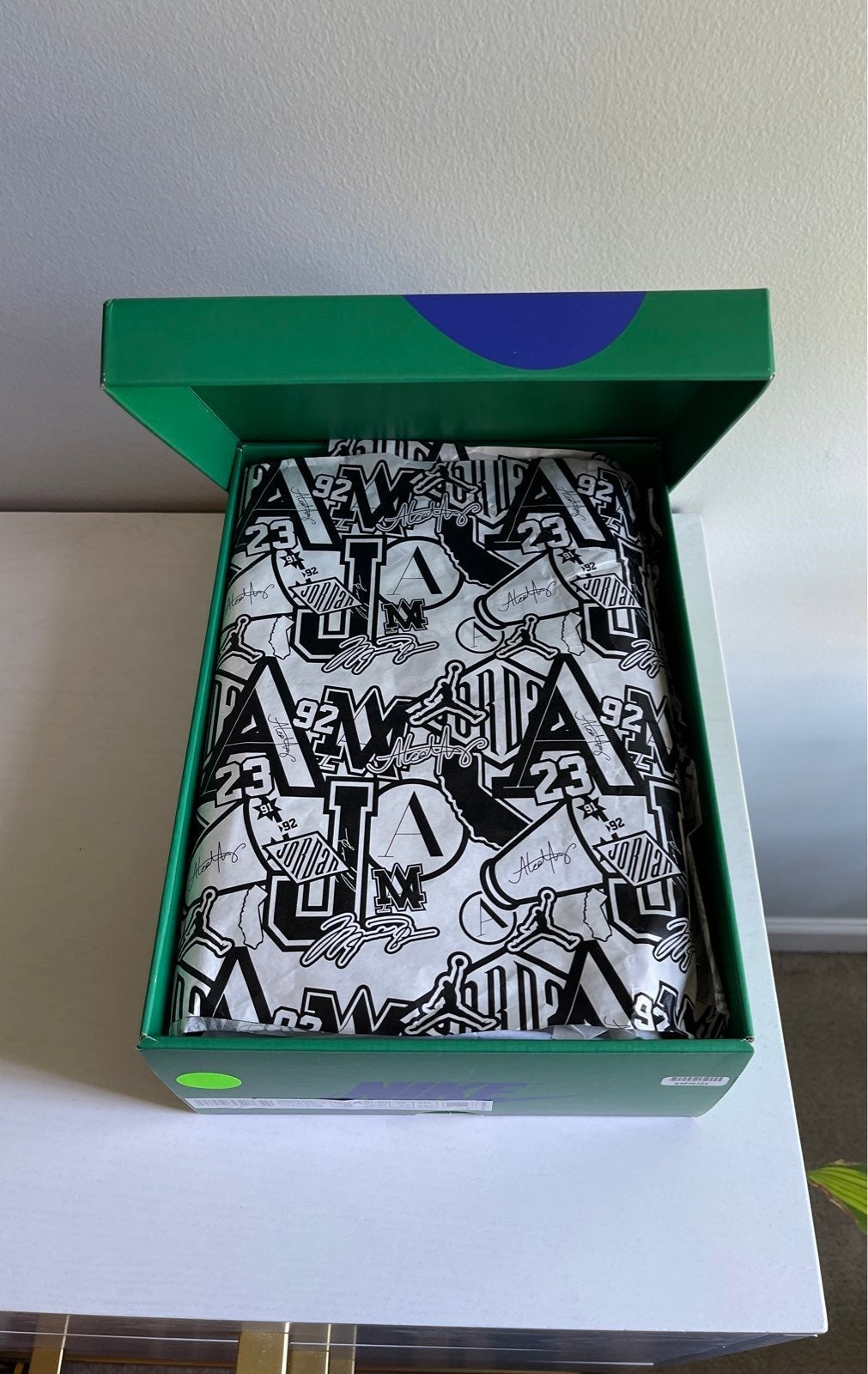 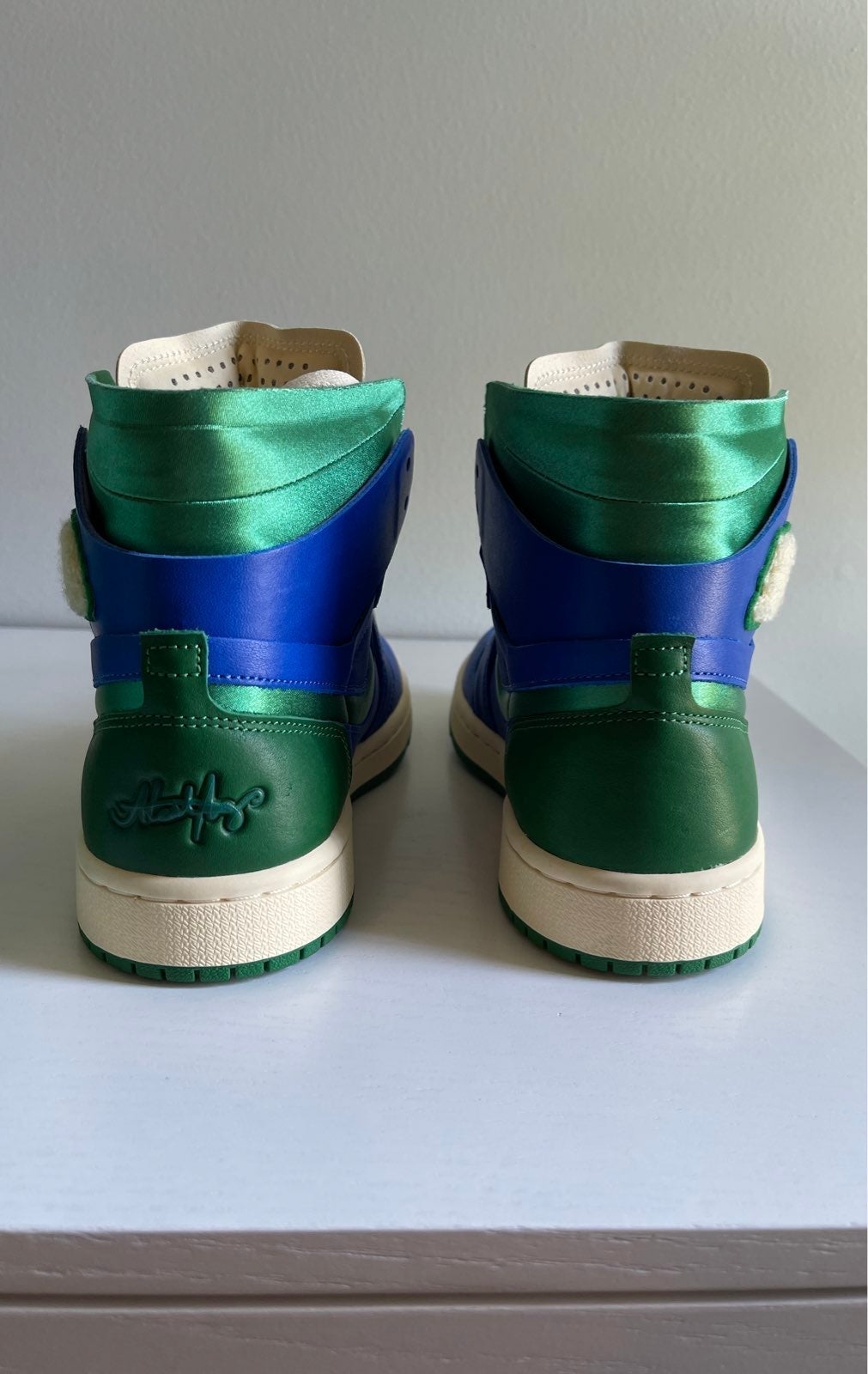 Worn once. These are beautiful to look at and very comfortable. Comes with 3 additional colored laces. 4 in total. Original box is pretty flawless as well.