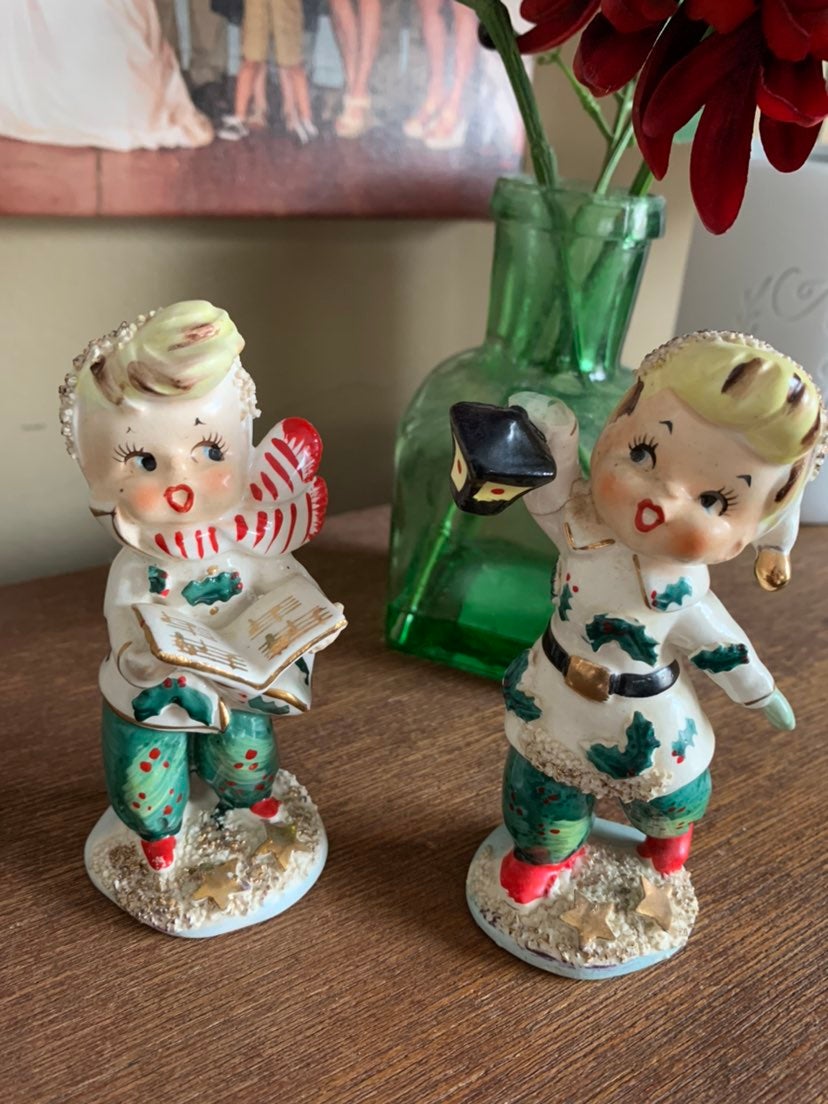 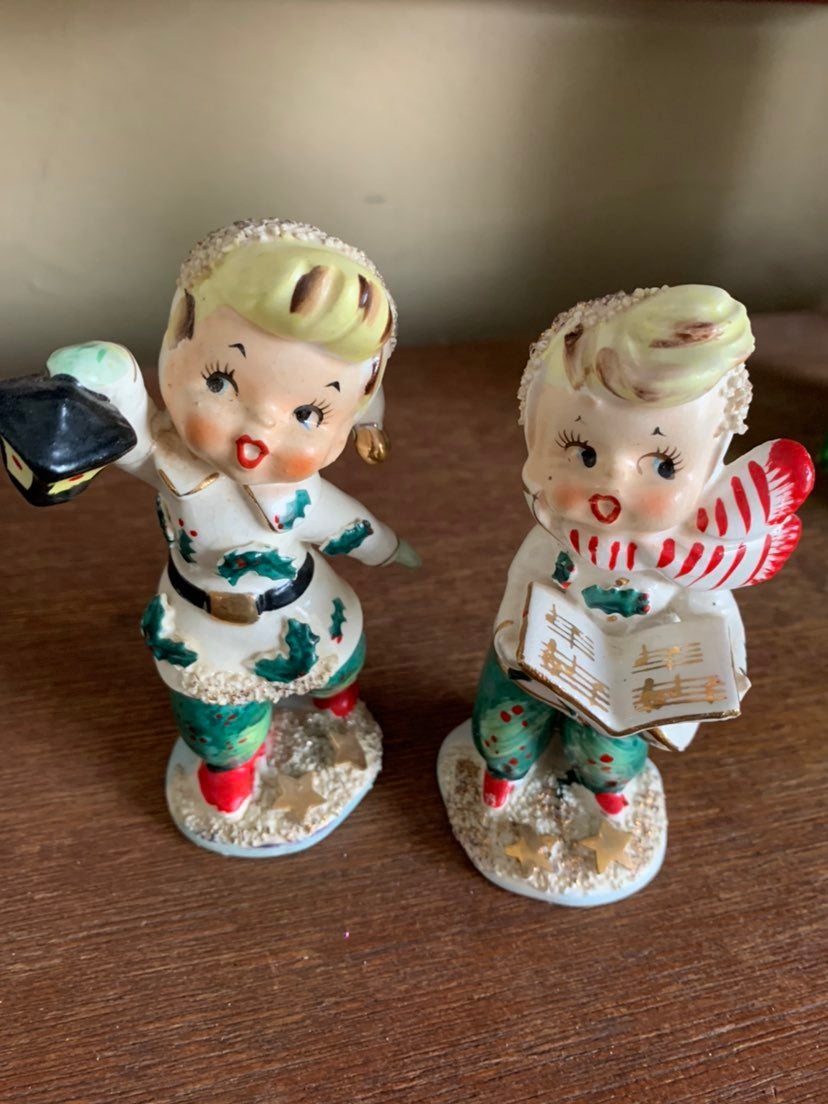 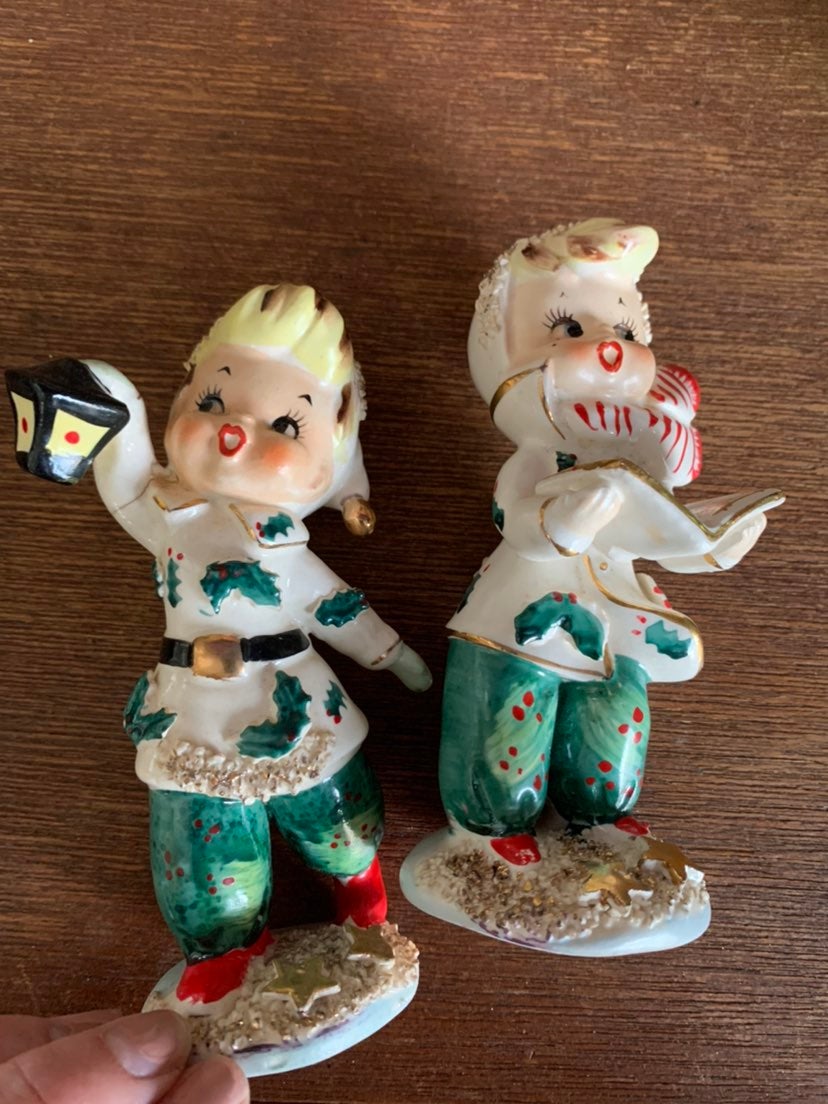 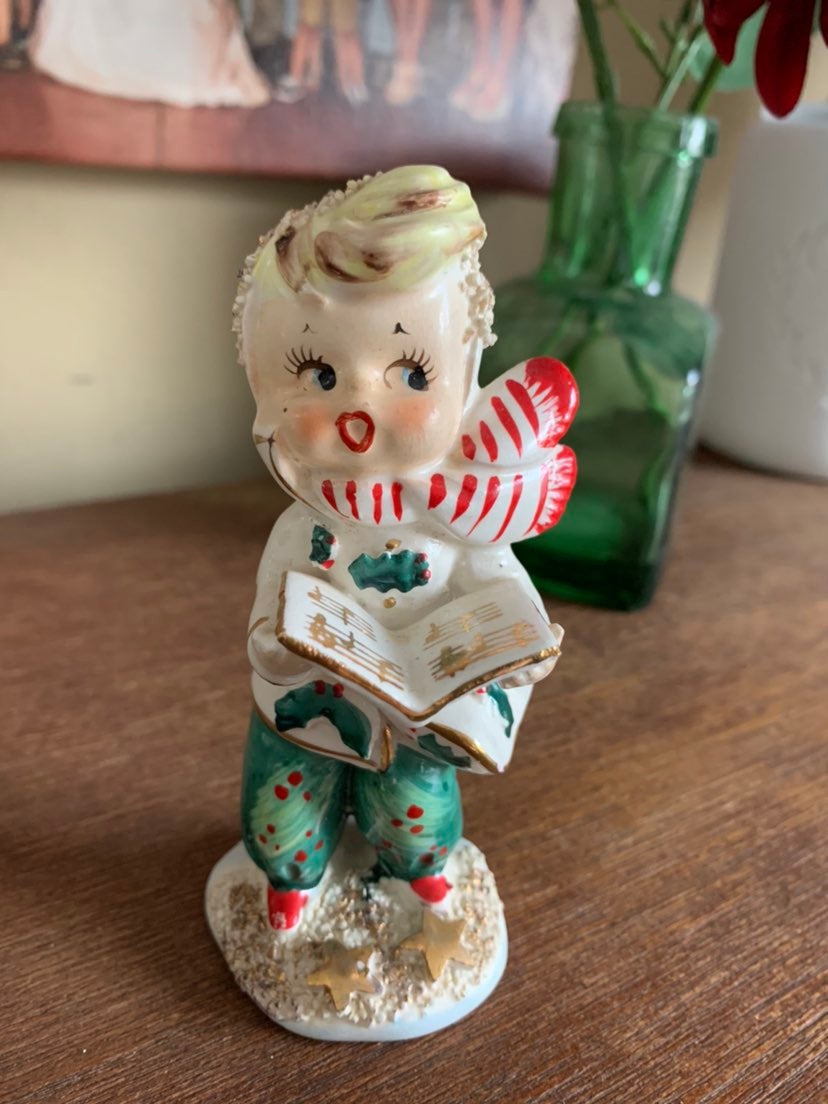 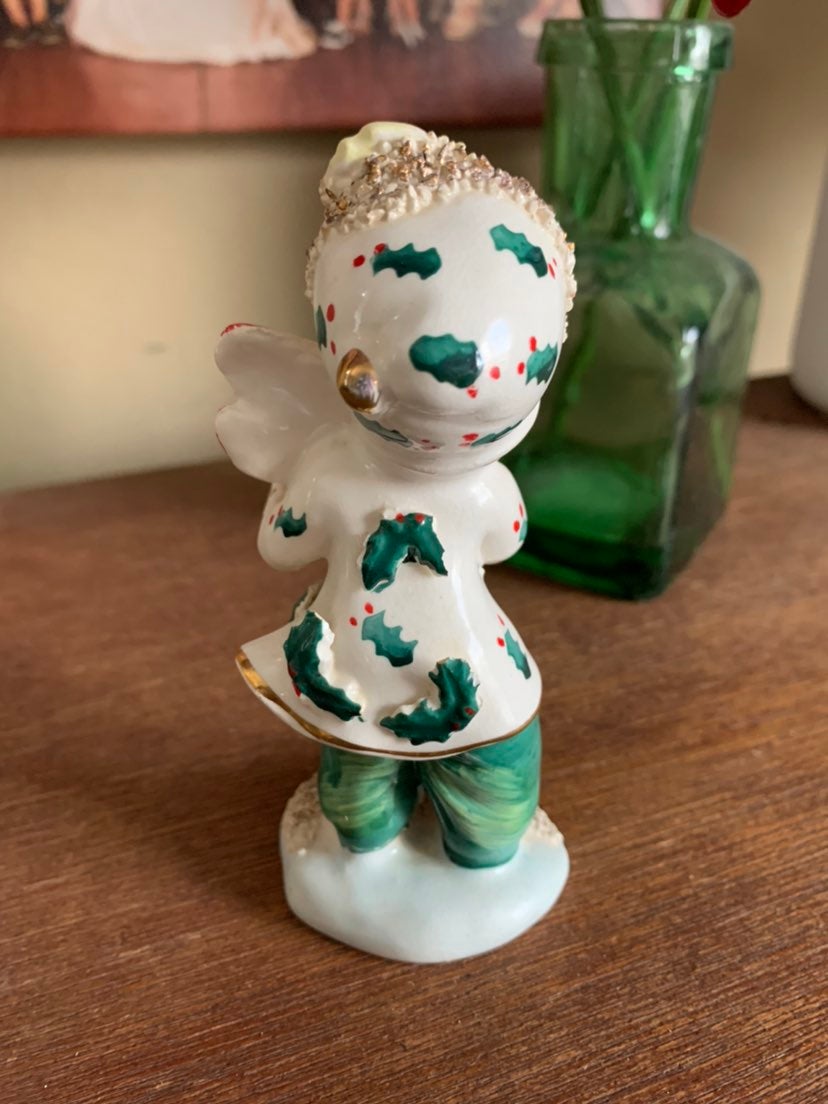 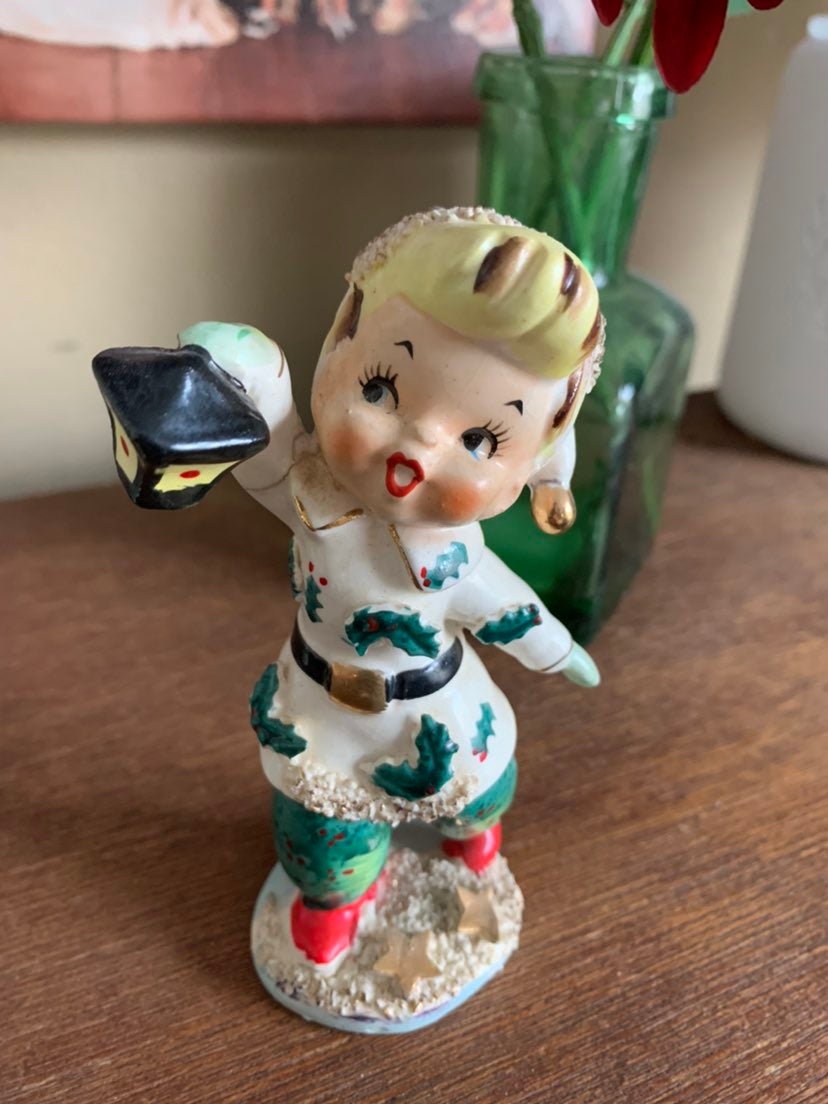 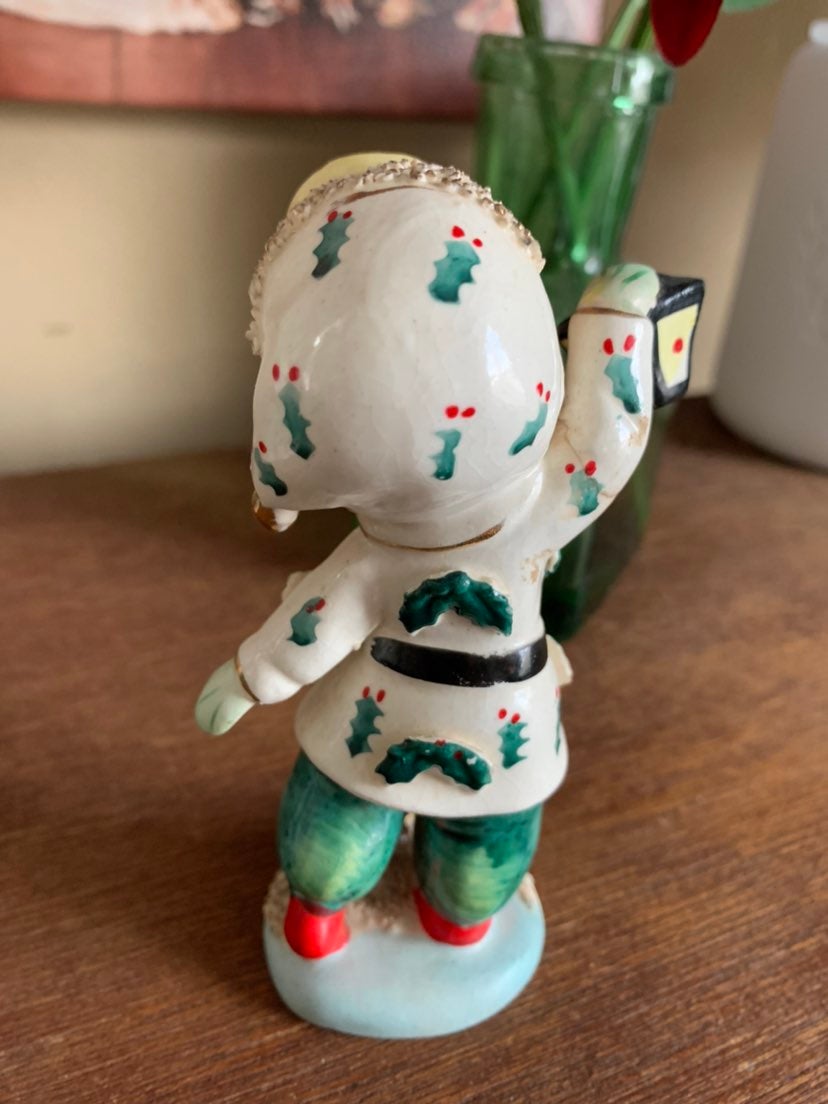 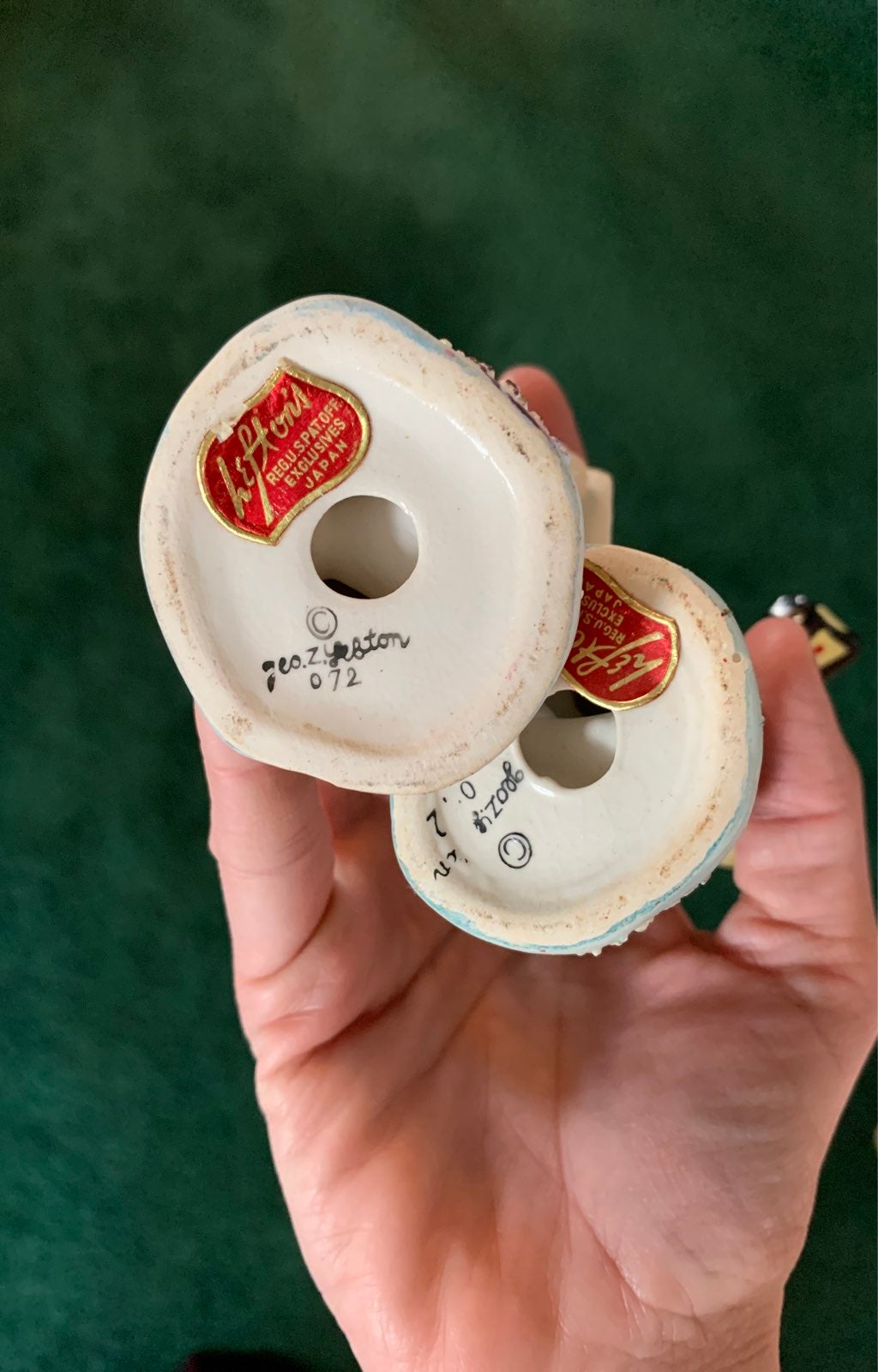 TWO 1957 Lefton Vintage Christmas Carolers
One is holding a lantern. The arm has been cracked at some point, but it’s secure. See Lantern pic.
The second is holding a songbook. 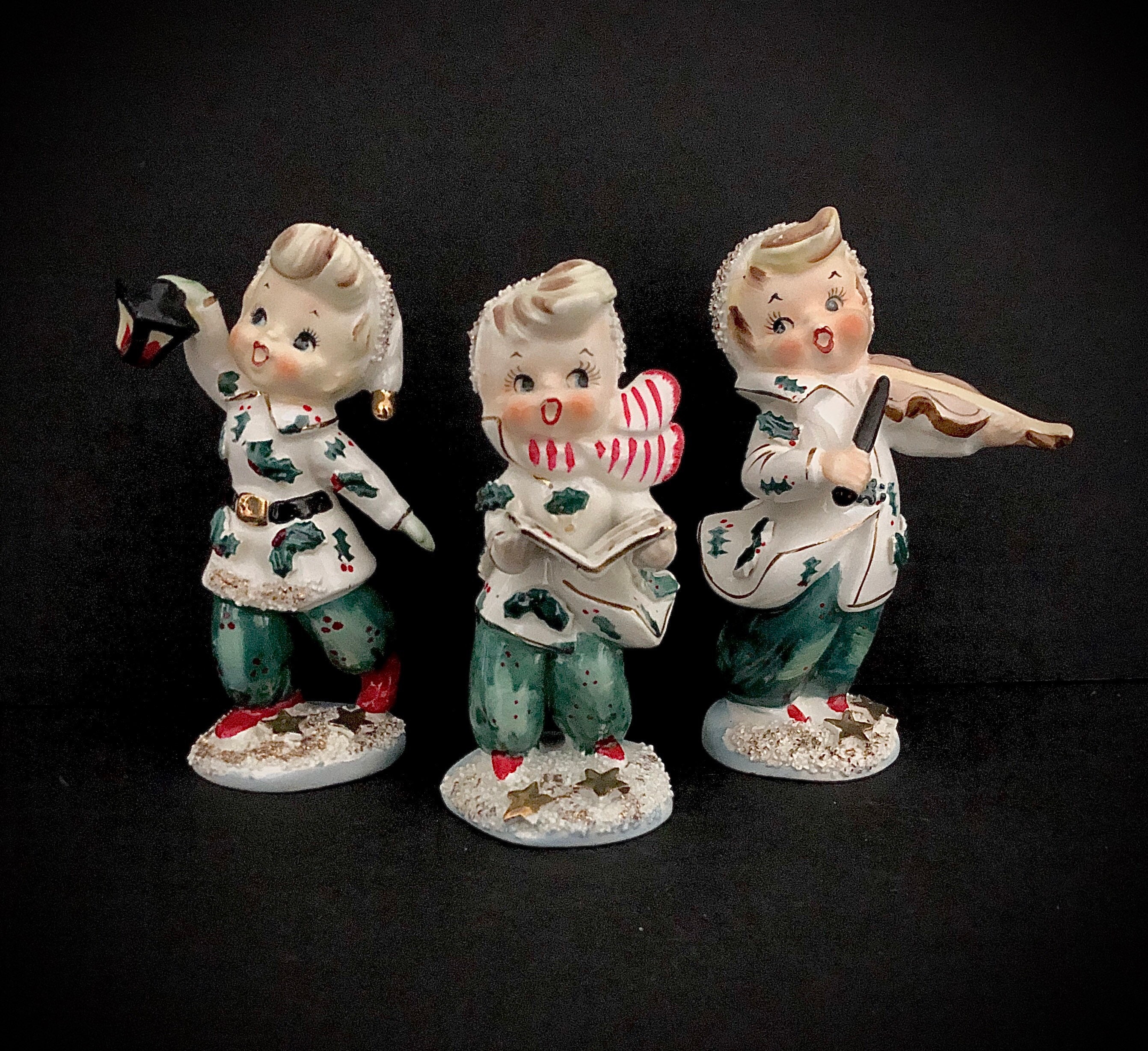 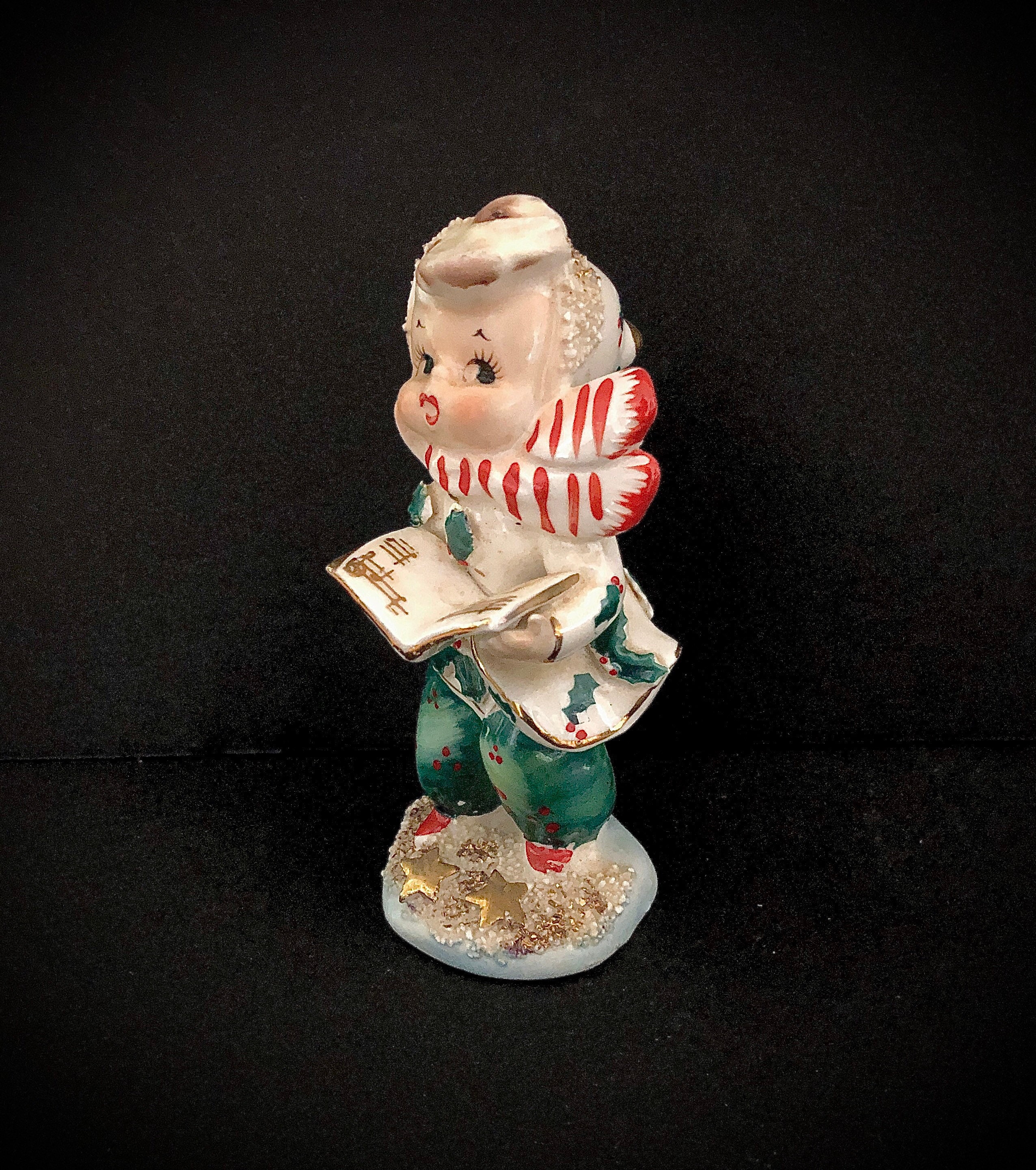 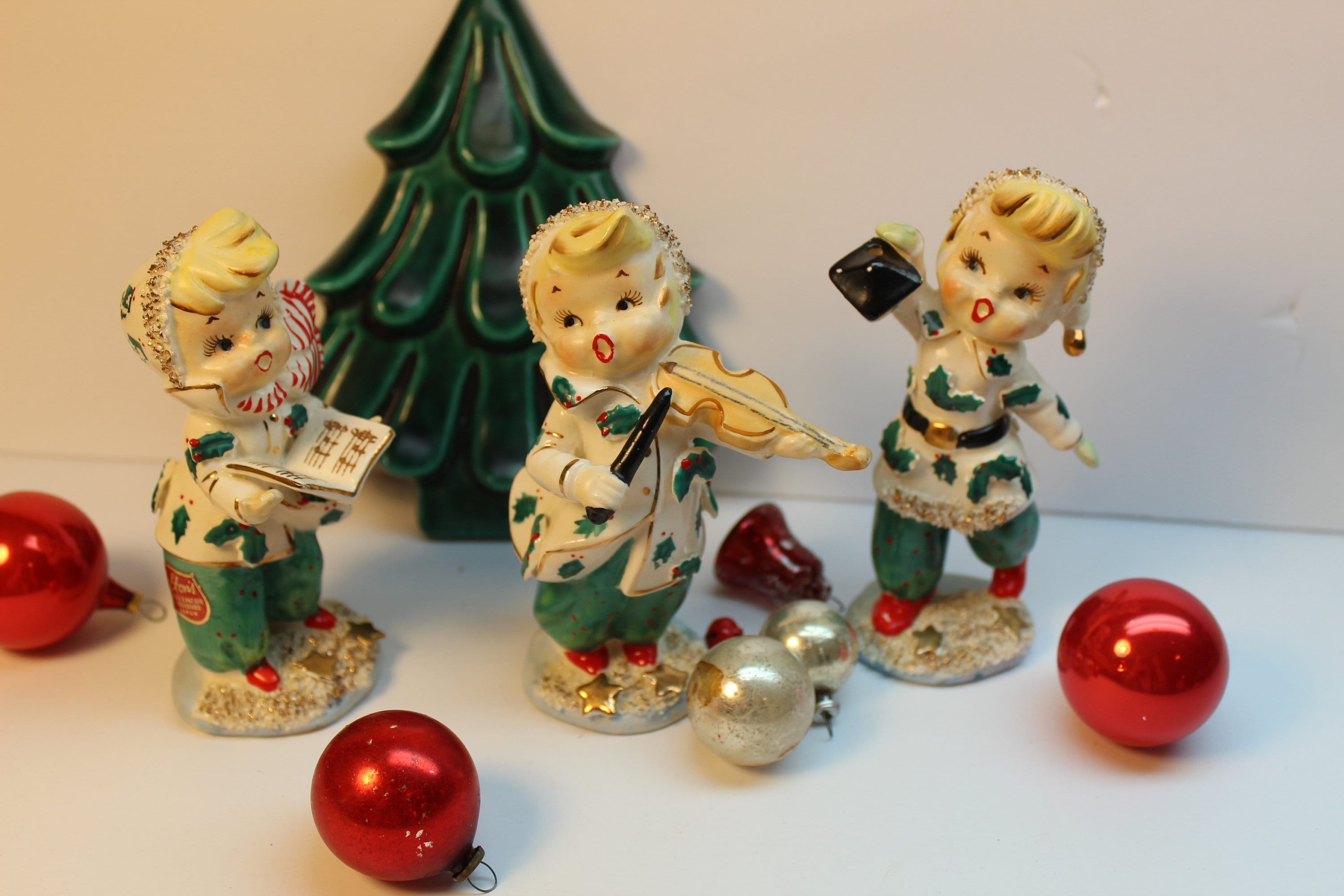 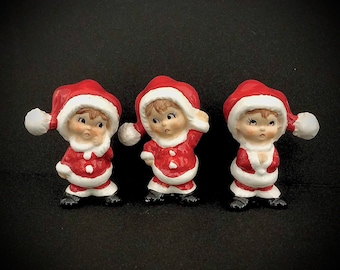 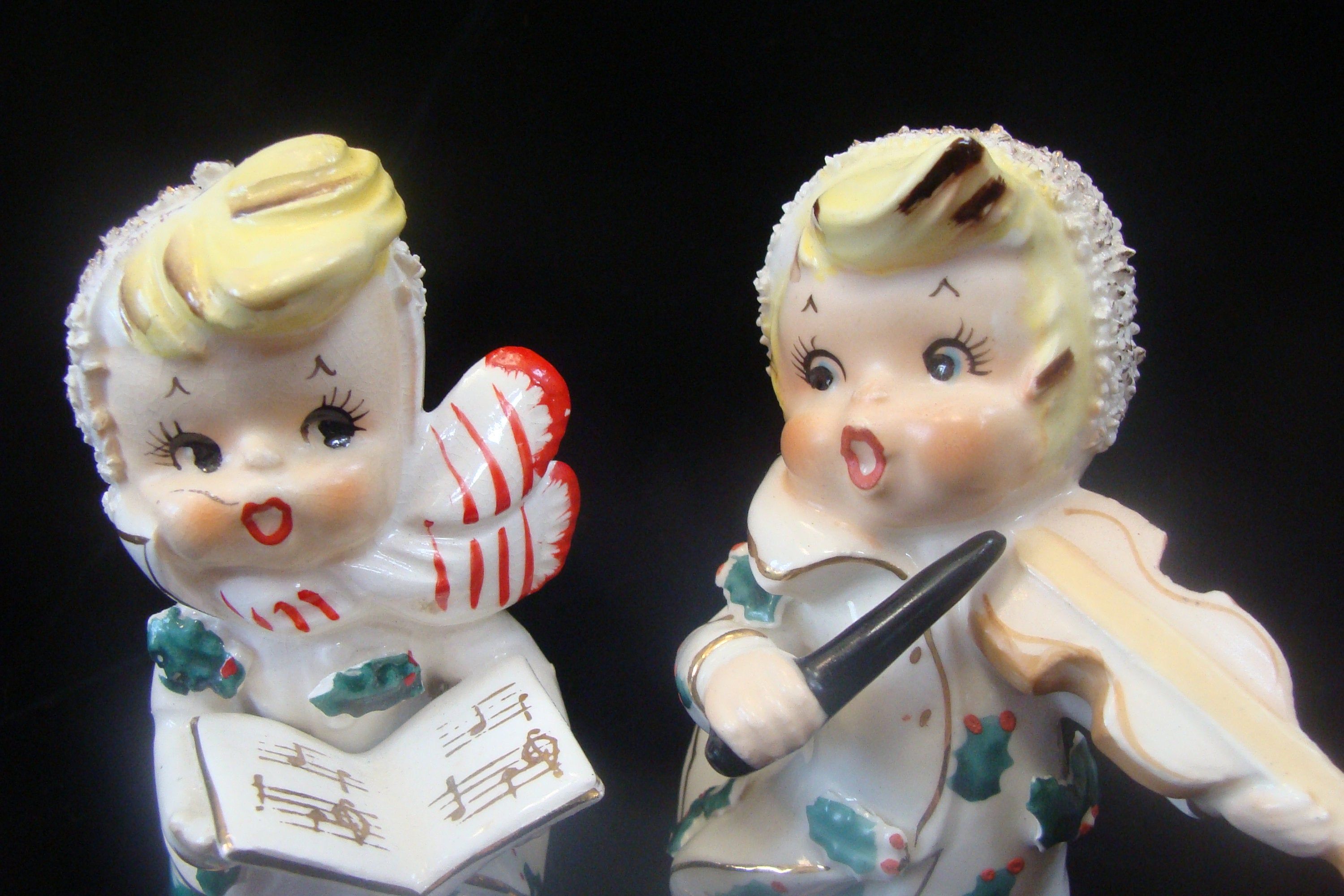 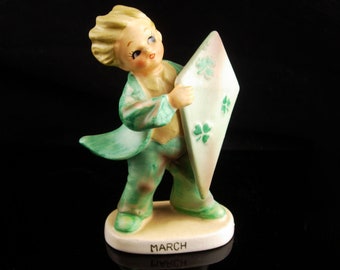 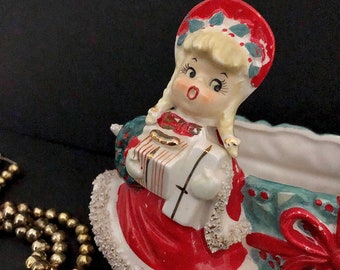 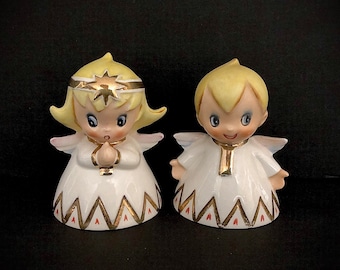 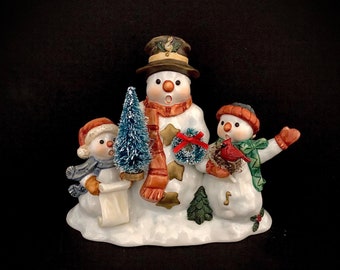 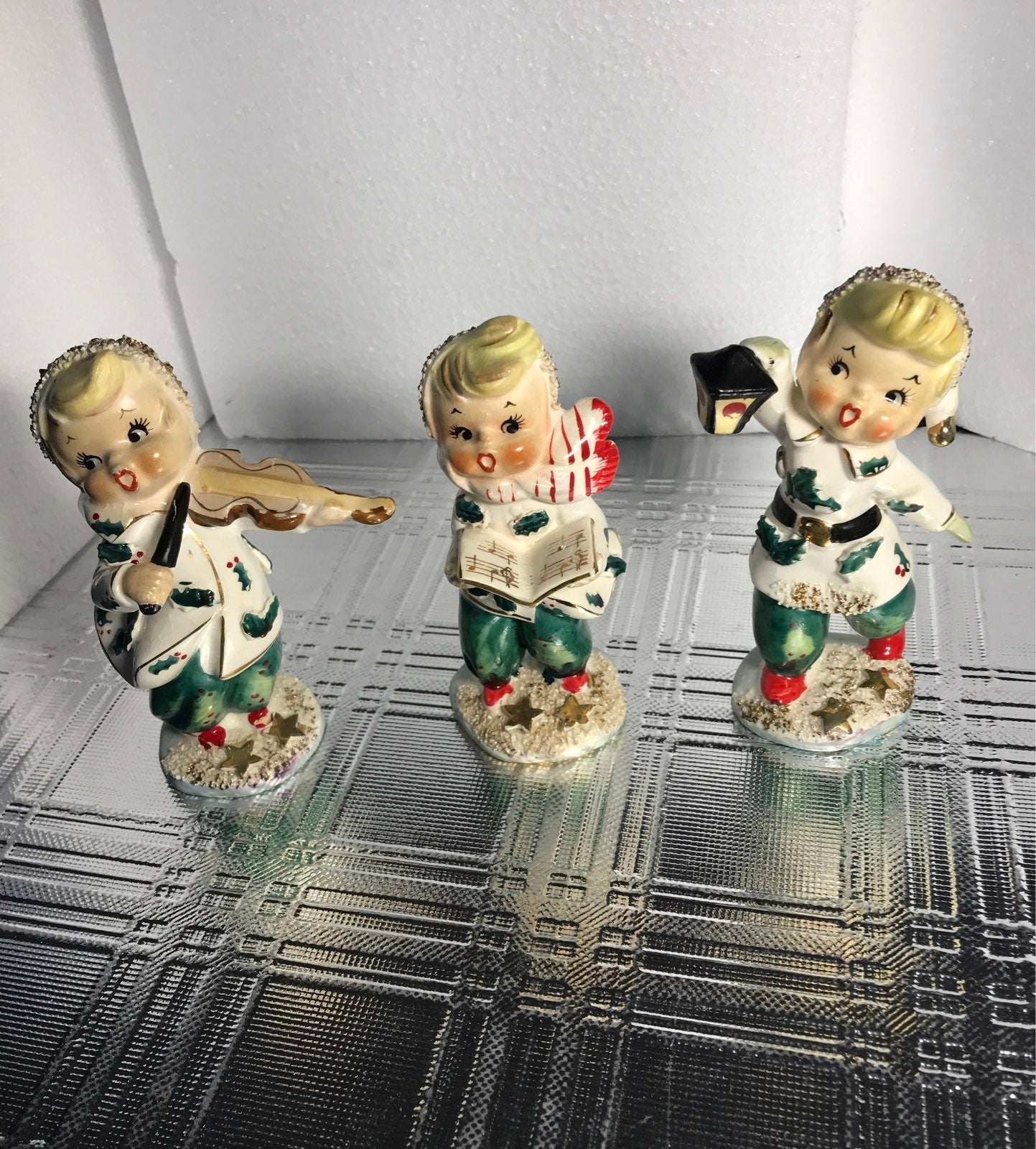 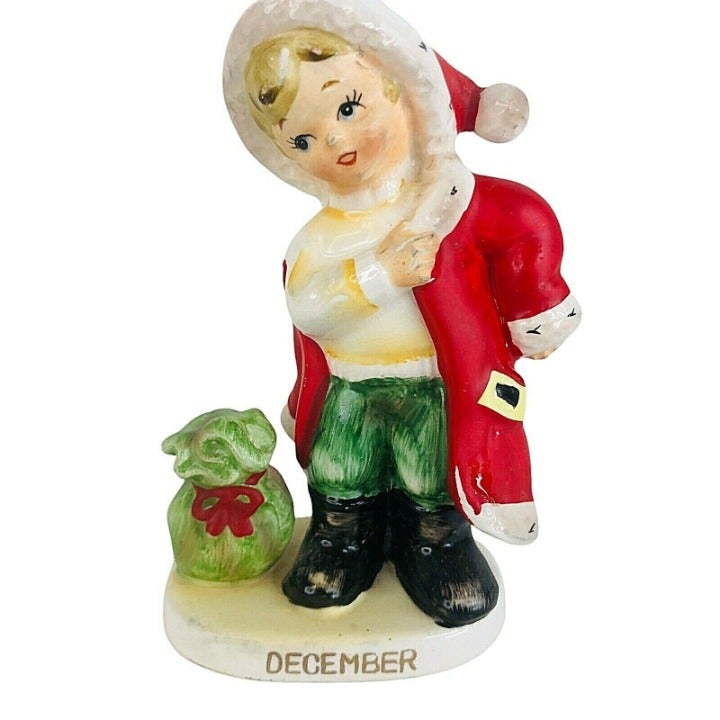