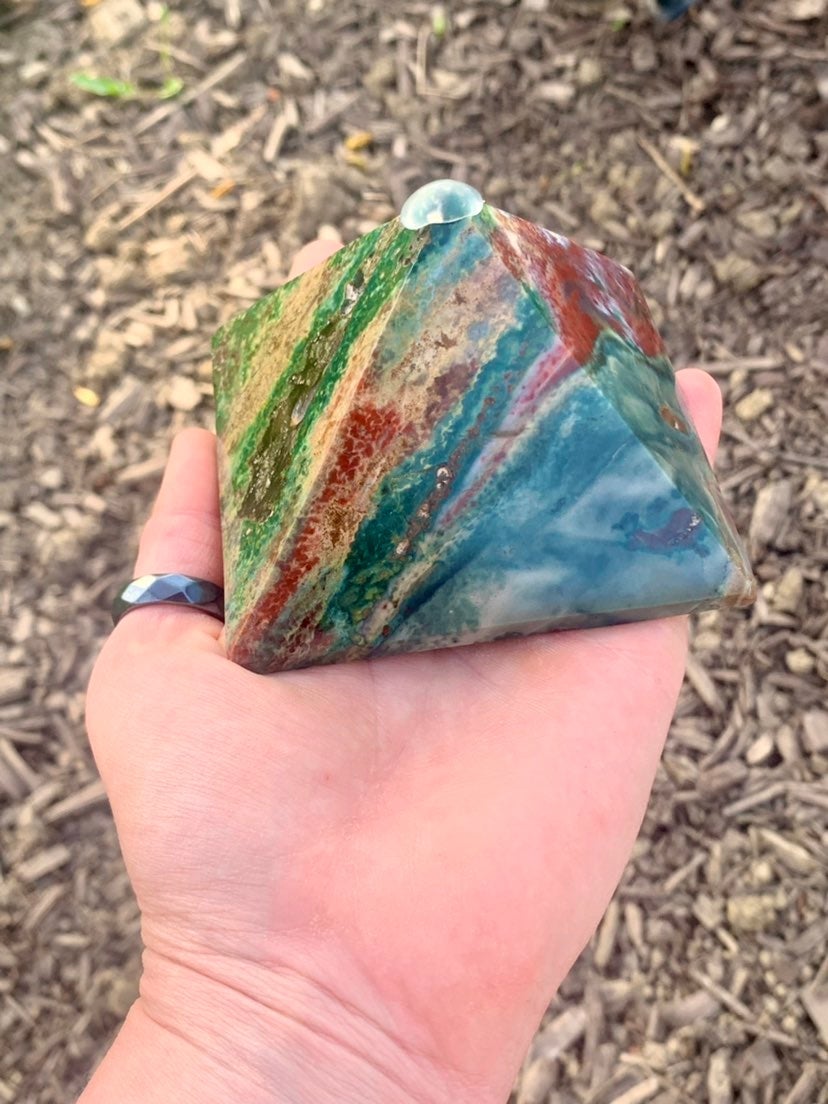 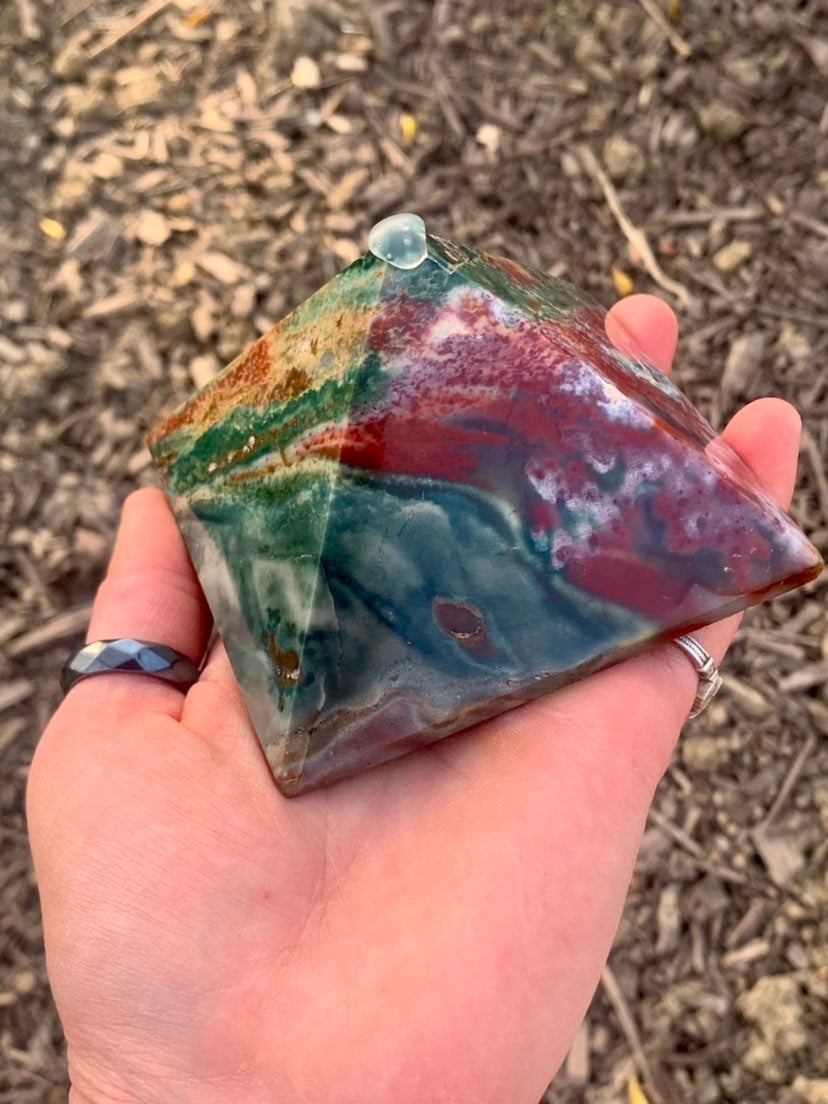 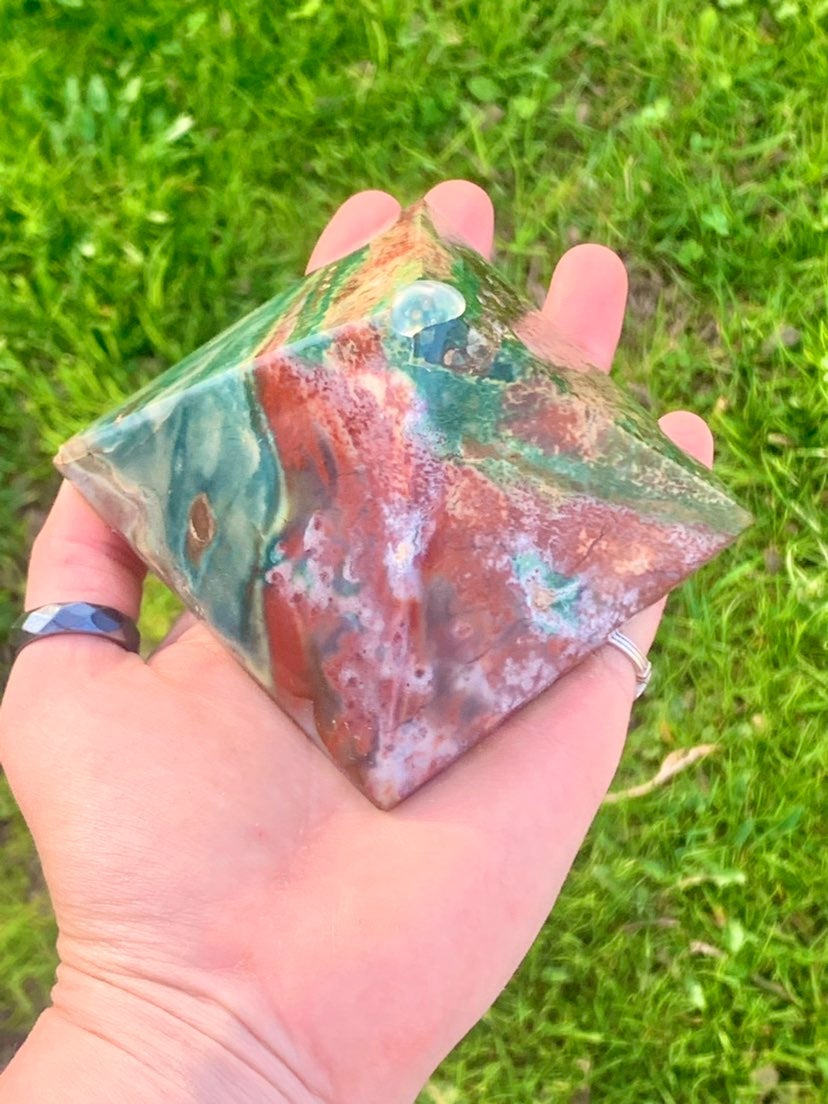 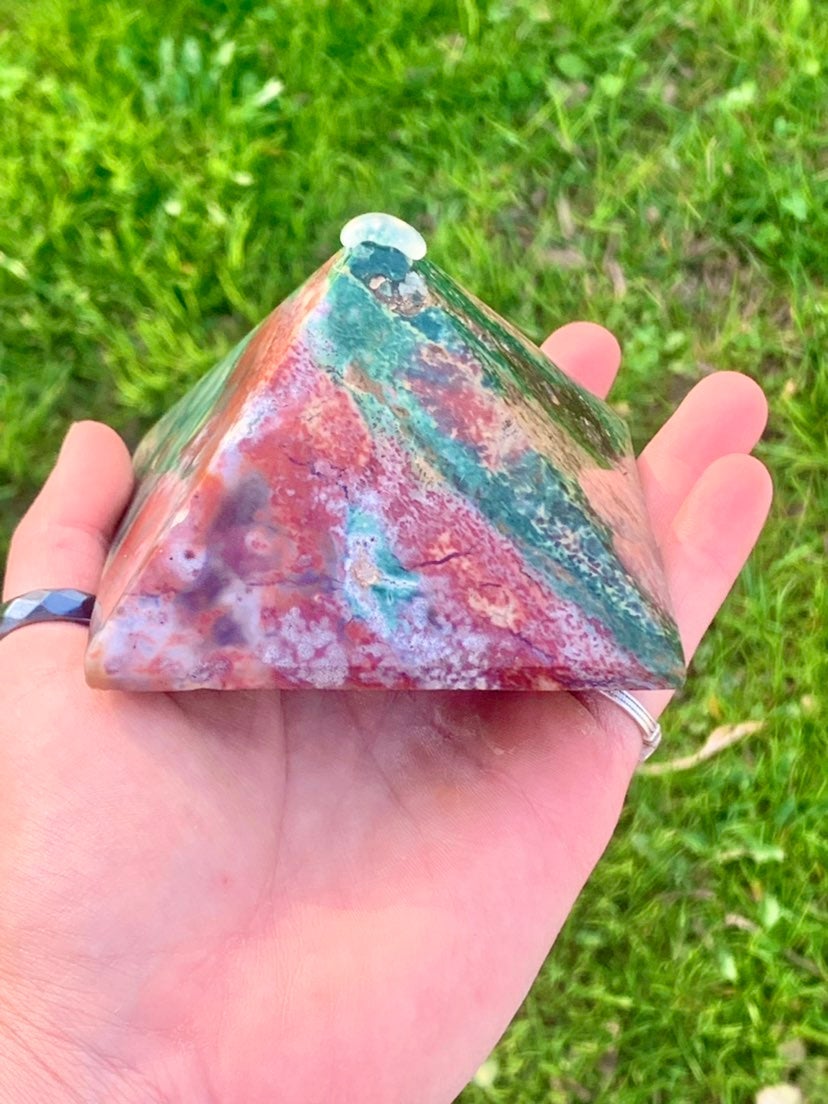 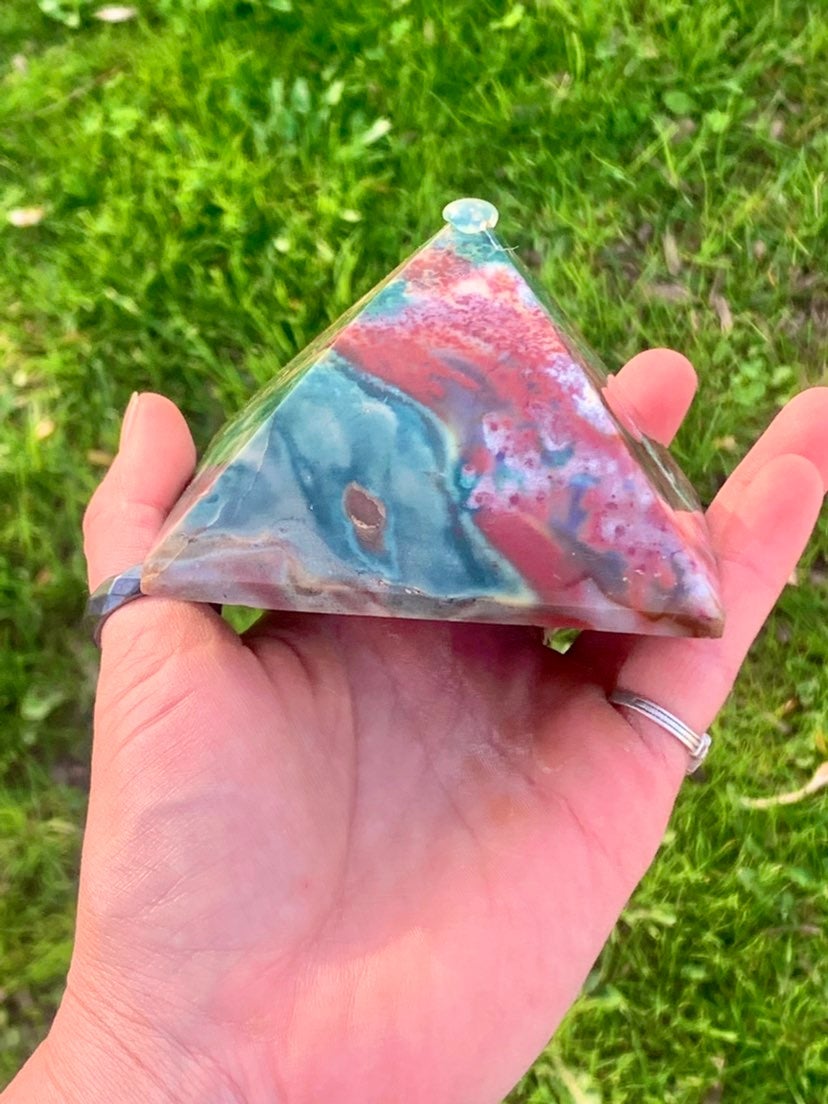 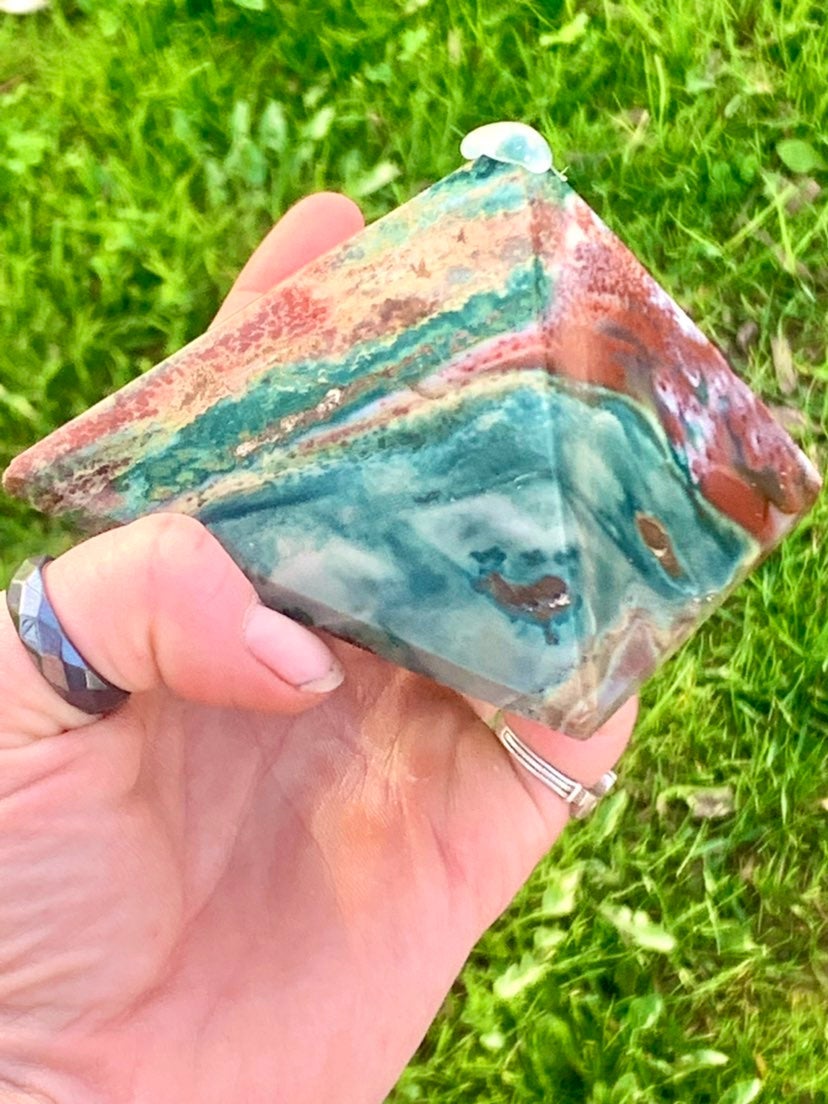 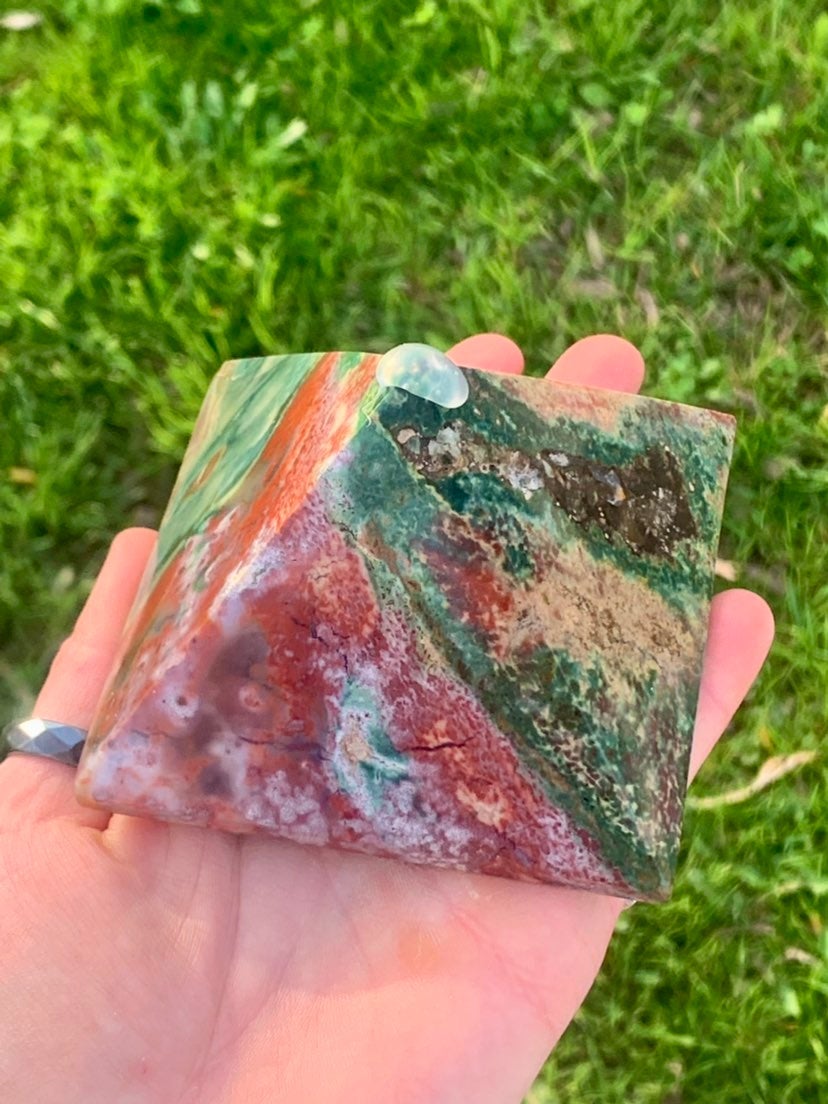 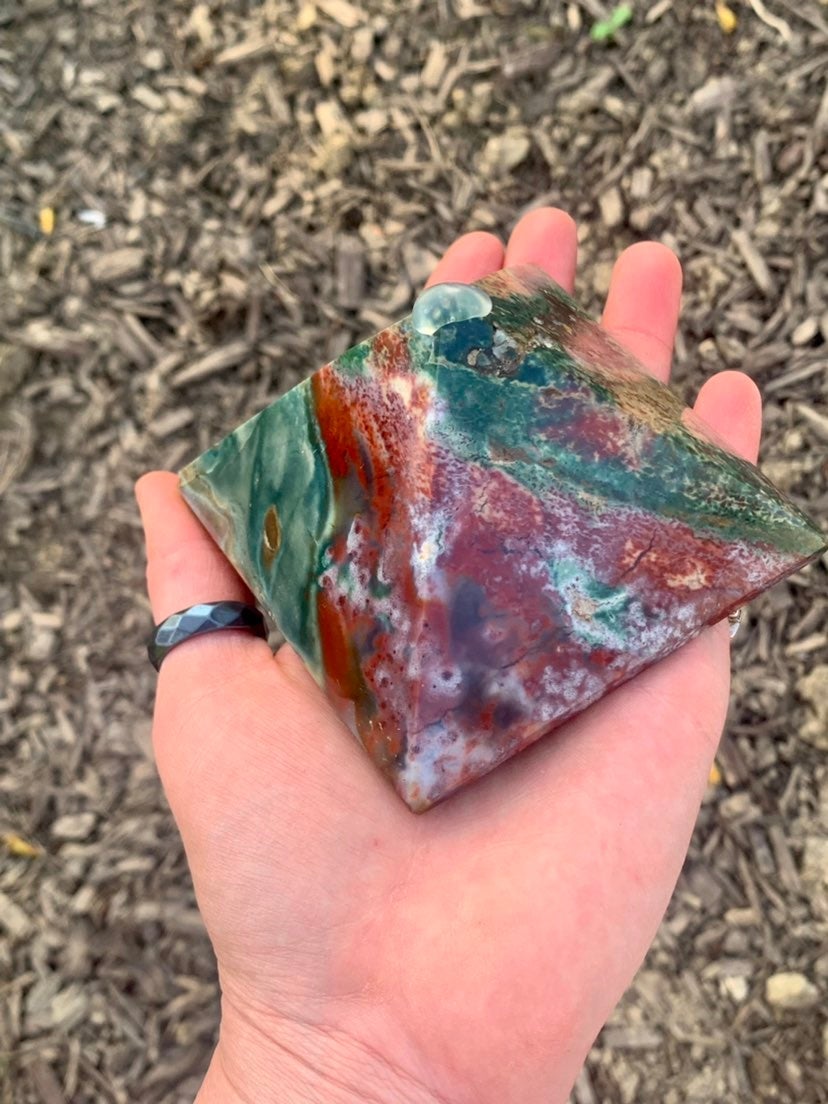 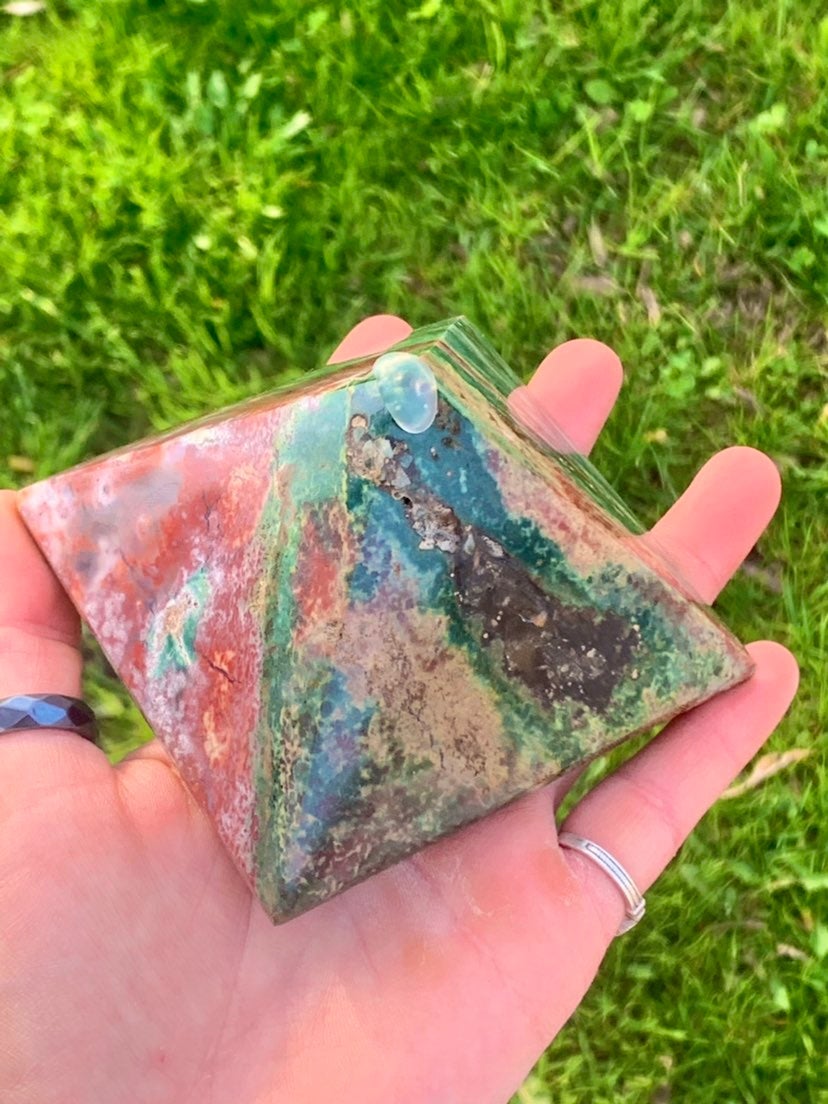 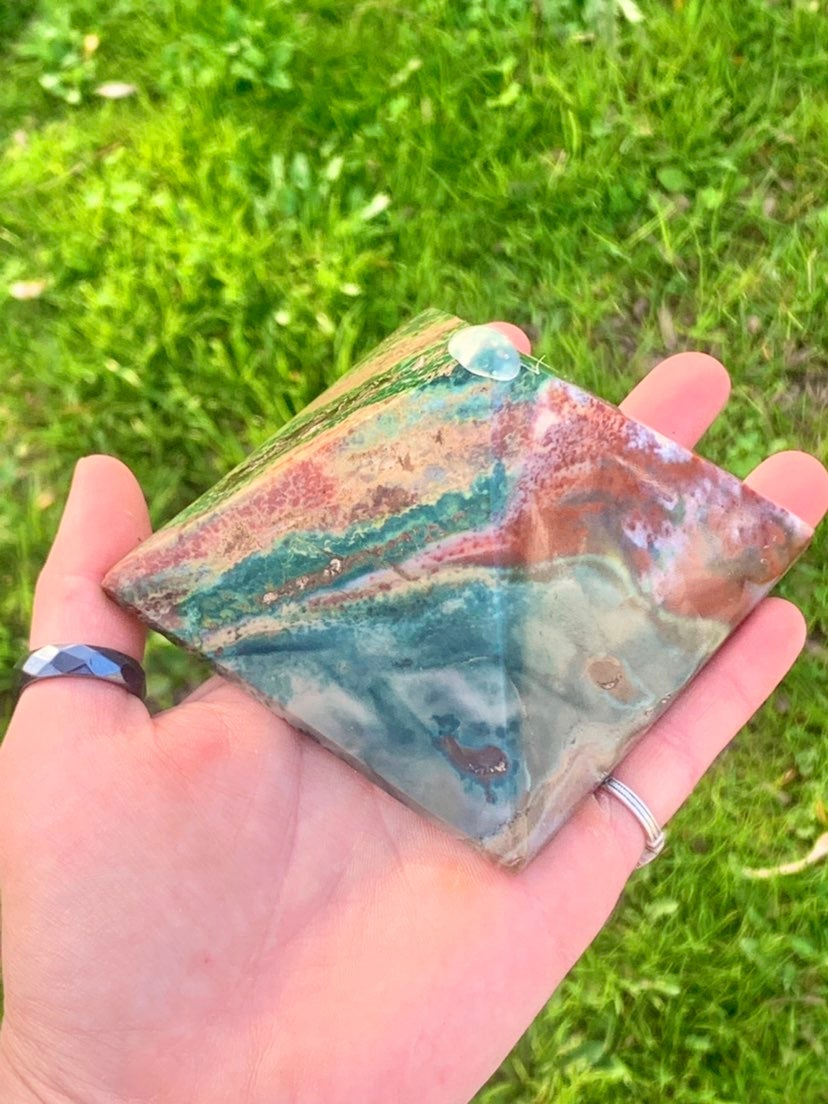 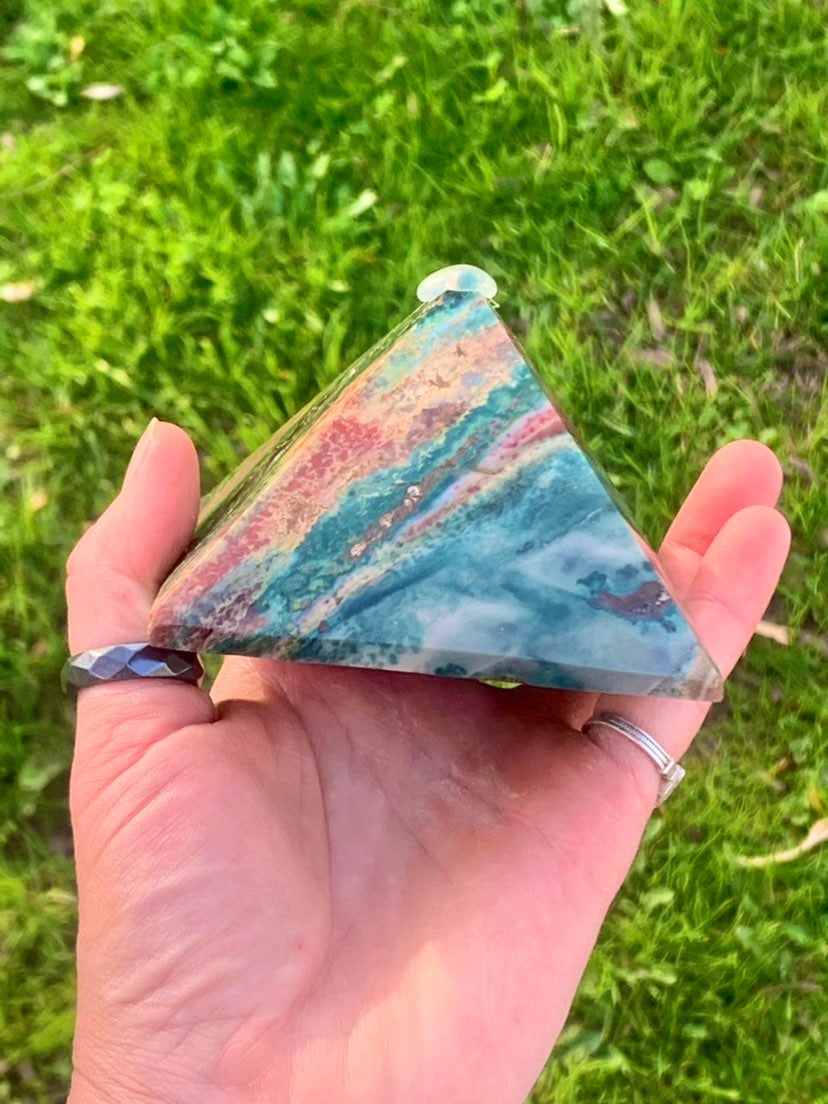 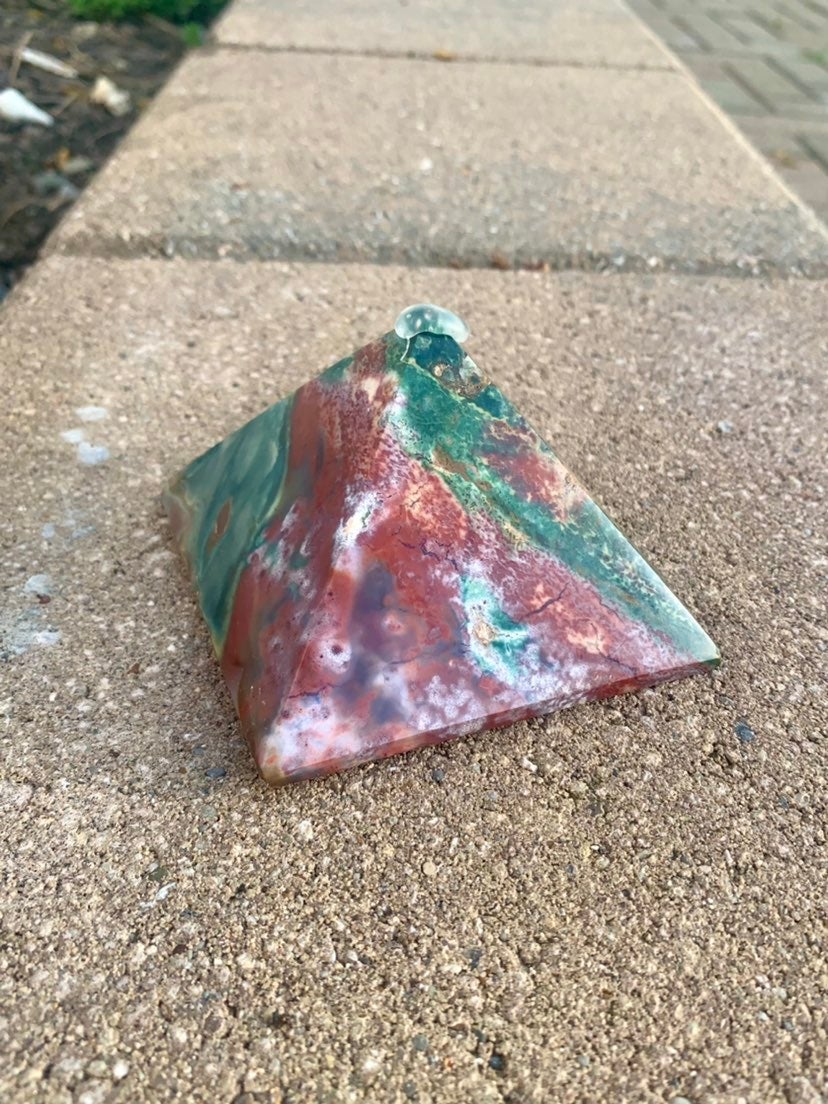 Ocean Jasper Pyramid Large
Origin: Republic of Madagascar
Weight: 15.9 oz
Note: There is a tiny chip on the bottom corner… it is not noticeable unless you look closely.

Ocean Jasper is helpful in dealing with change and reminds us to love ourselves and others. As an emotional healer it can help us to gently release deeply buried feelings. Ocean Jasper is very supportive during times of stress and encourages patience. It can aid the achievement of tranquillity and wholeness. Ocean Jasper balances Yin and Yang and aligns the Physical, Emotional and Mental bodies with the etheric realm. This stone is thought to protect one from malice from others. 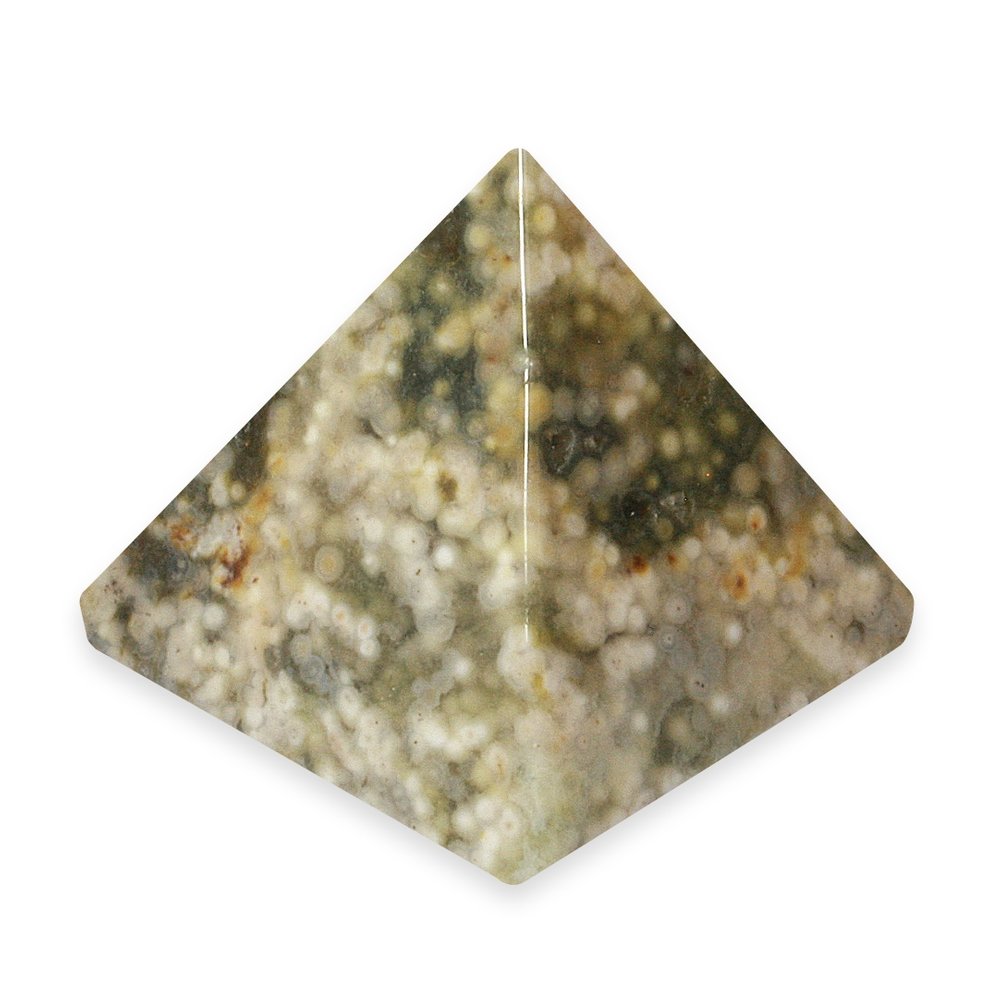 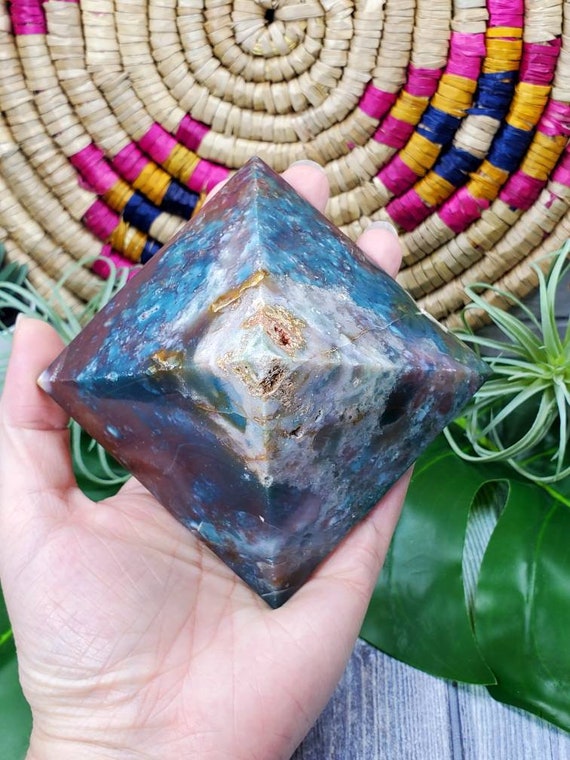 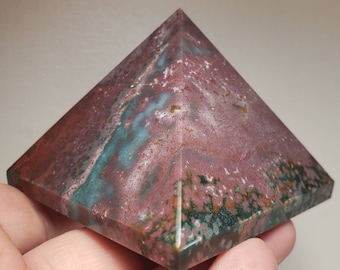 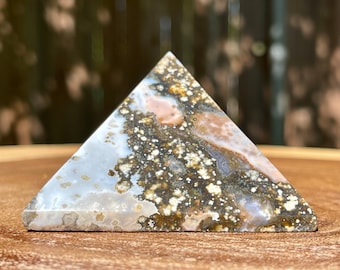 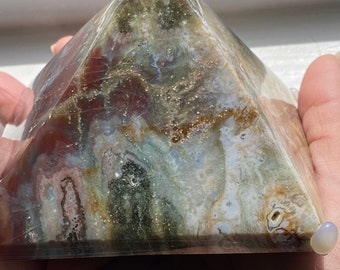 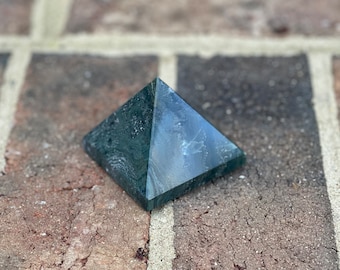 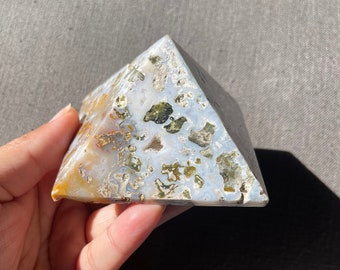 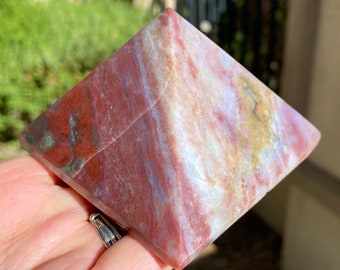 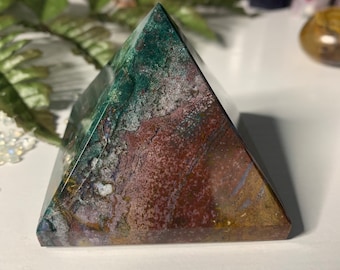 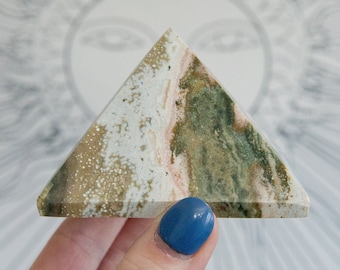 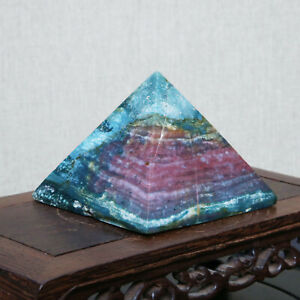 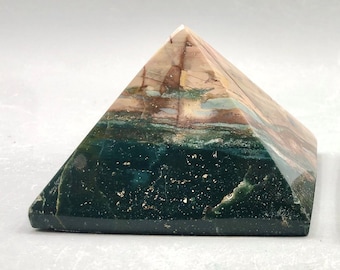 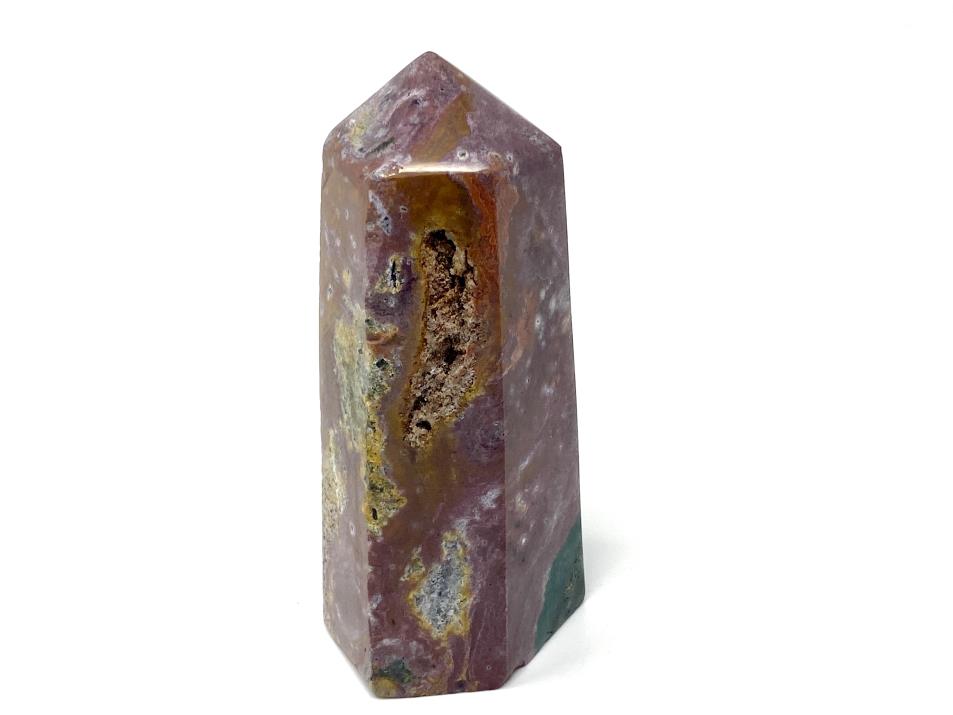 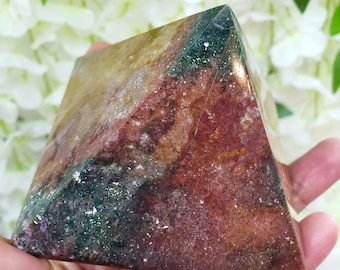 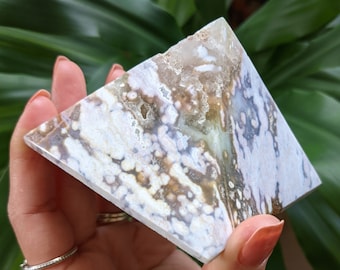 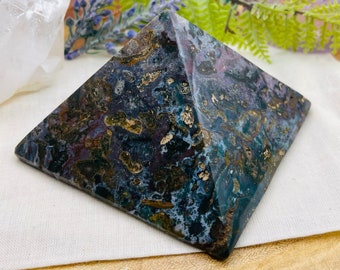