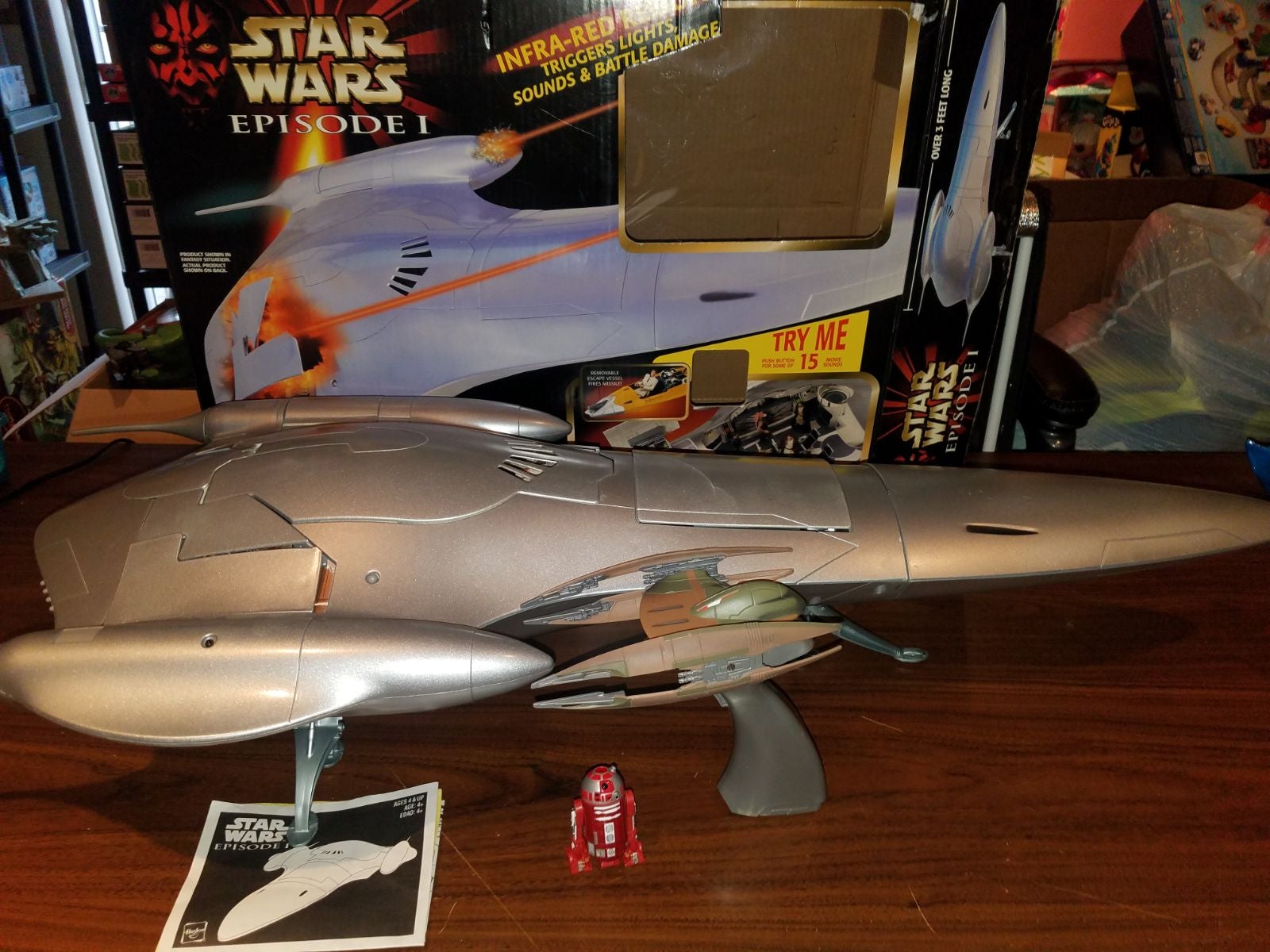 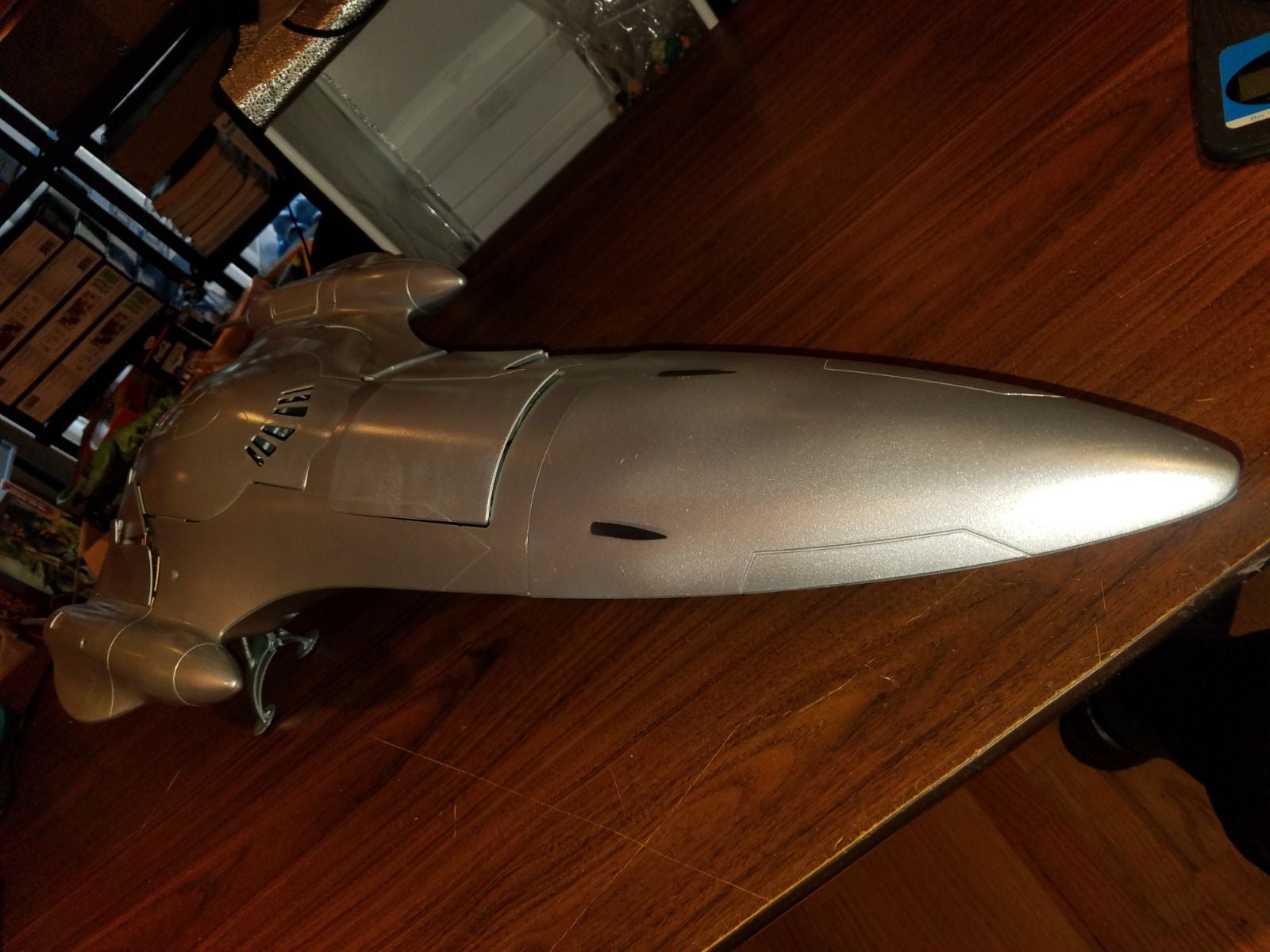 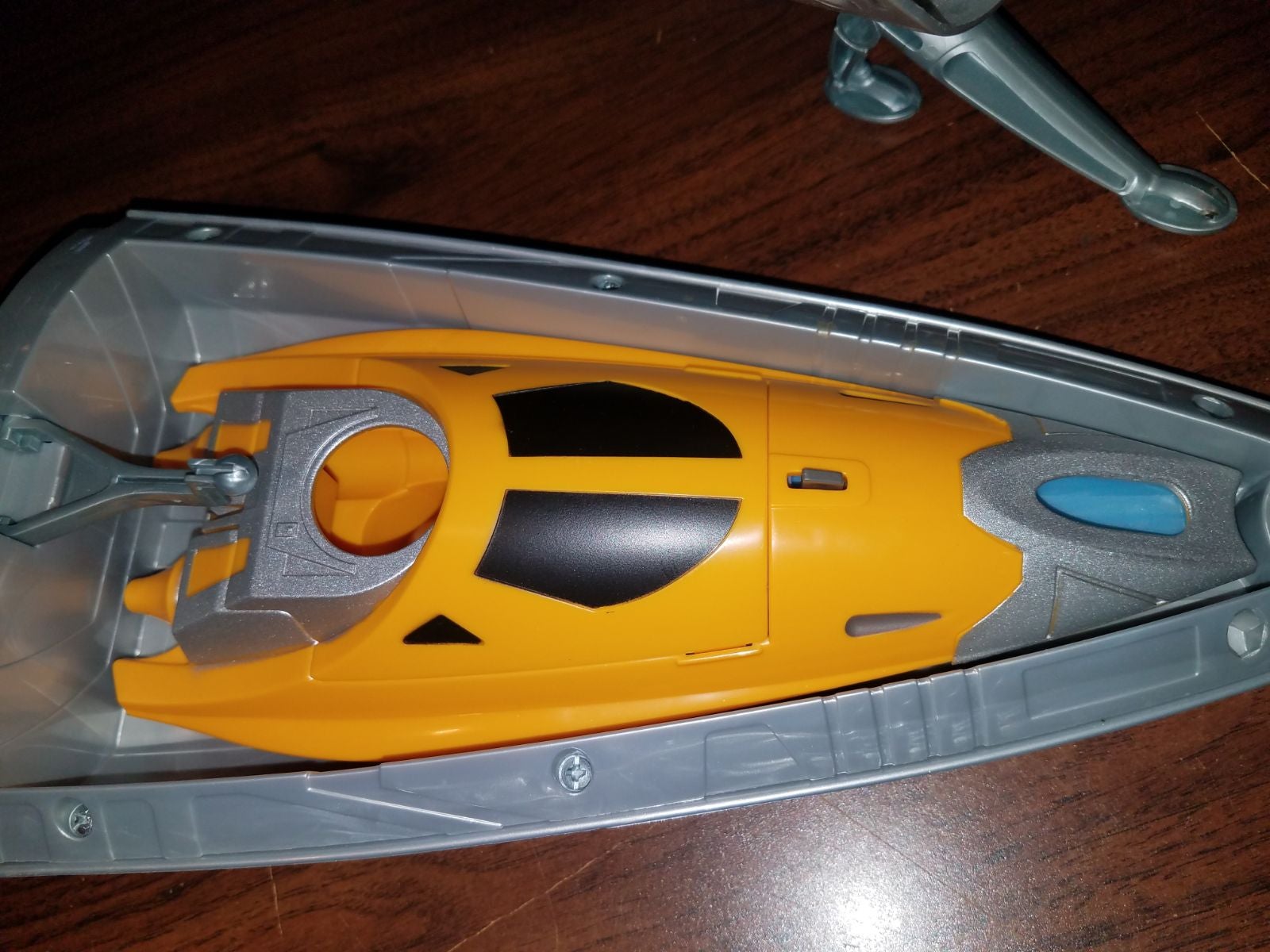 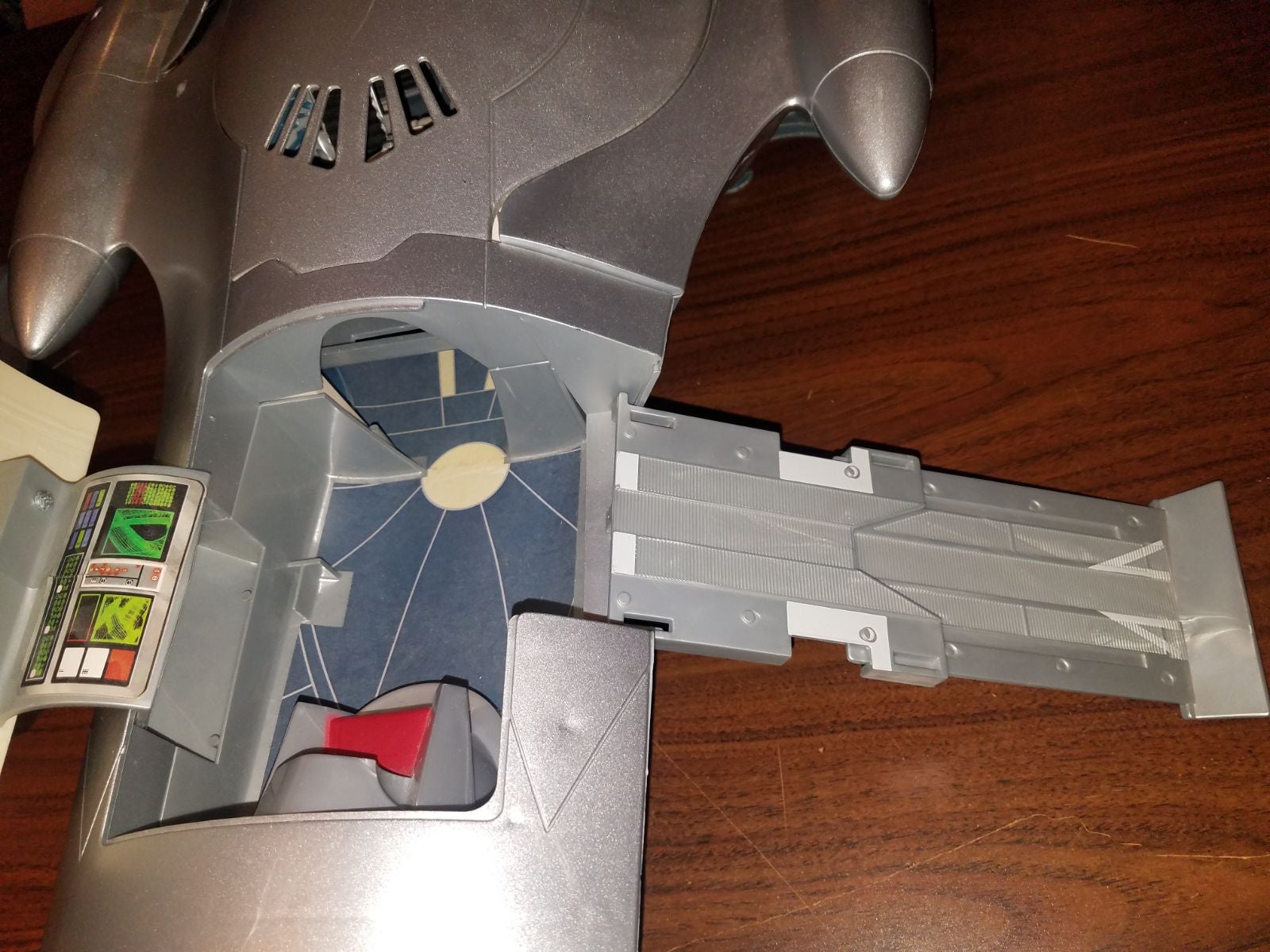 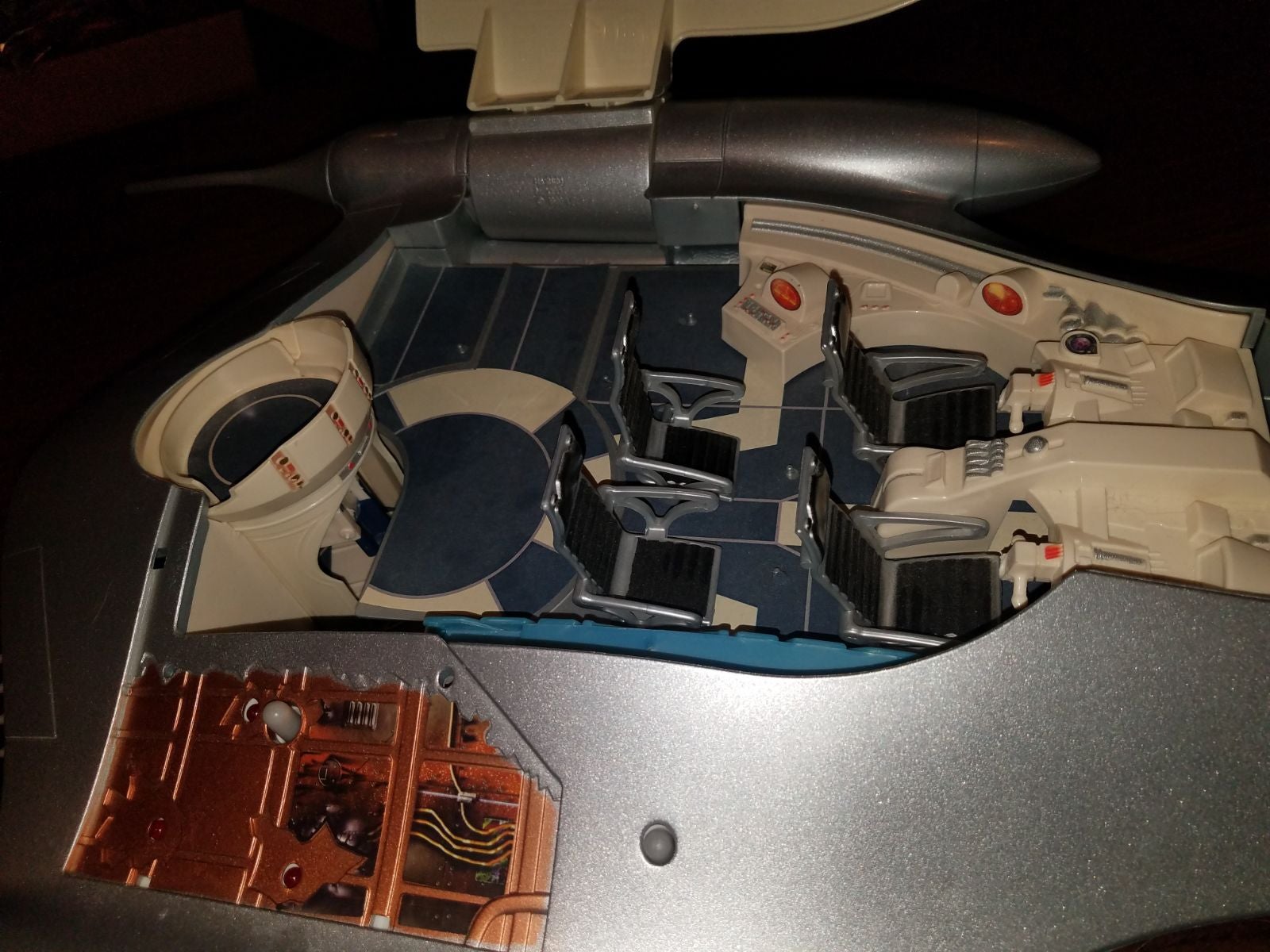 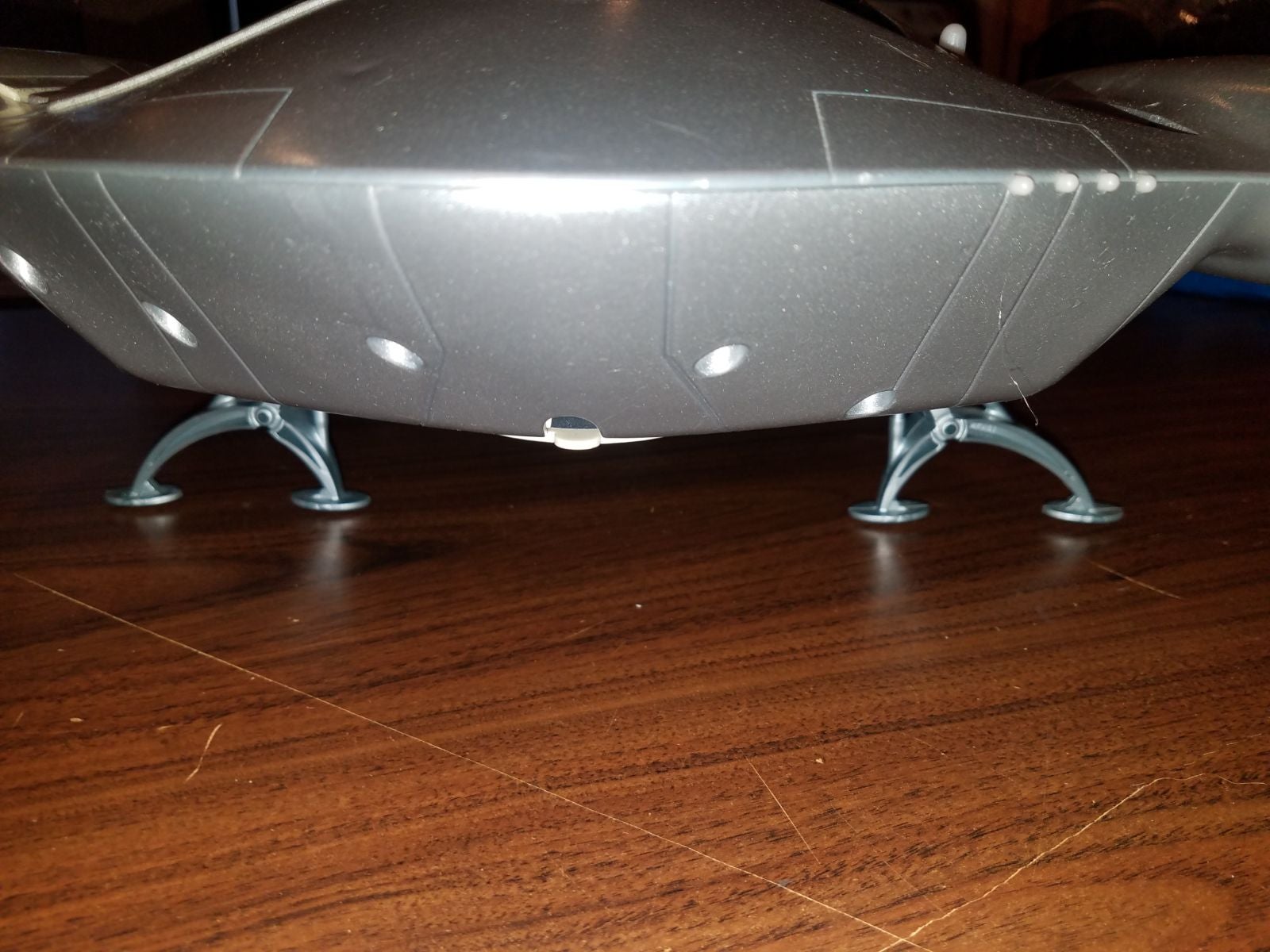 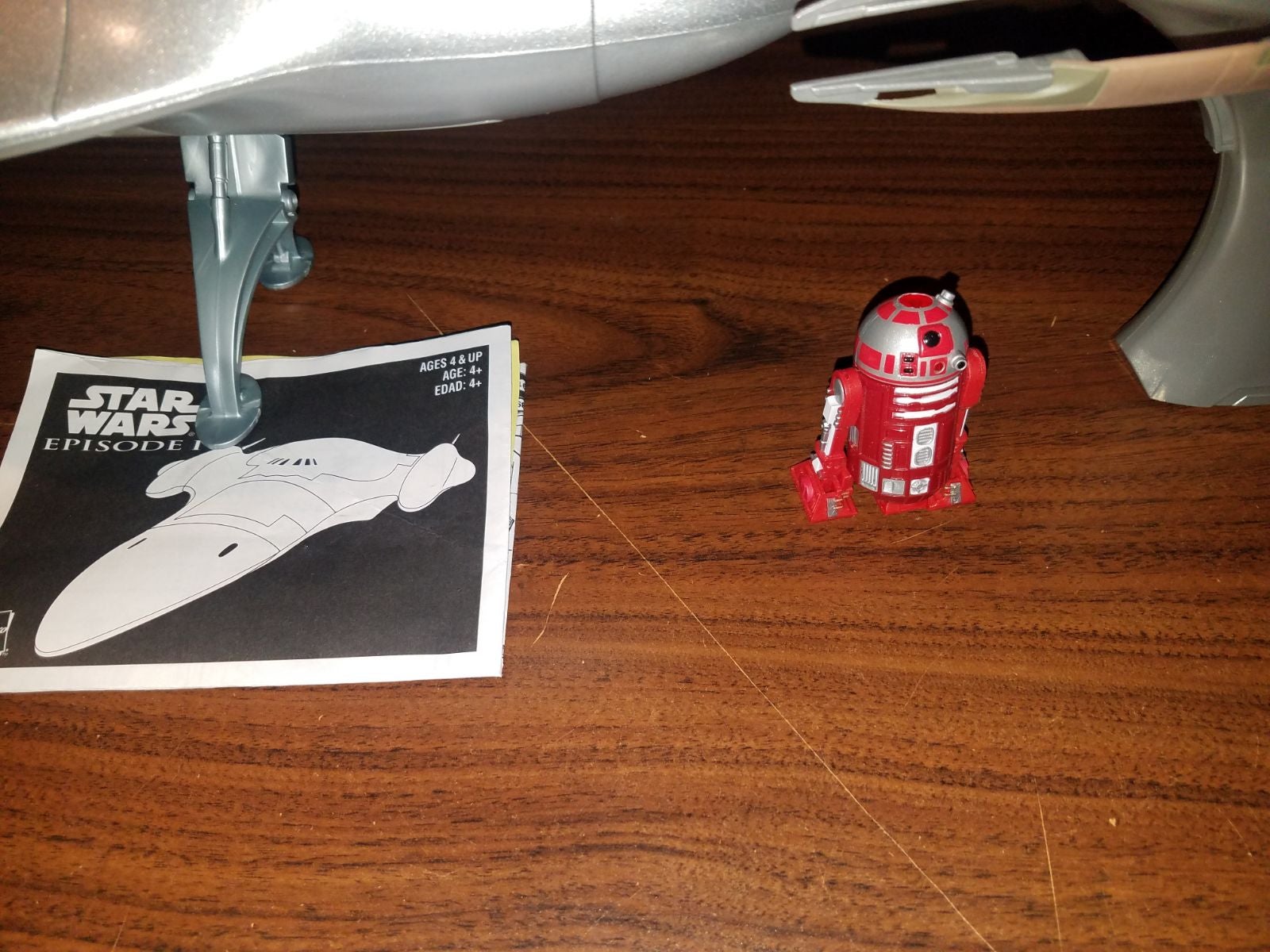 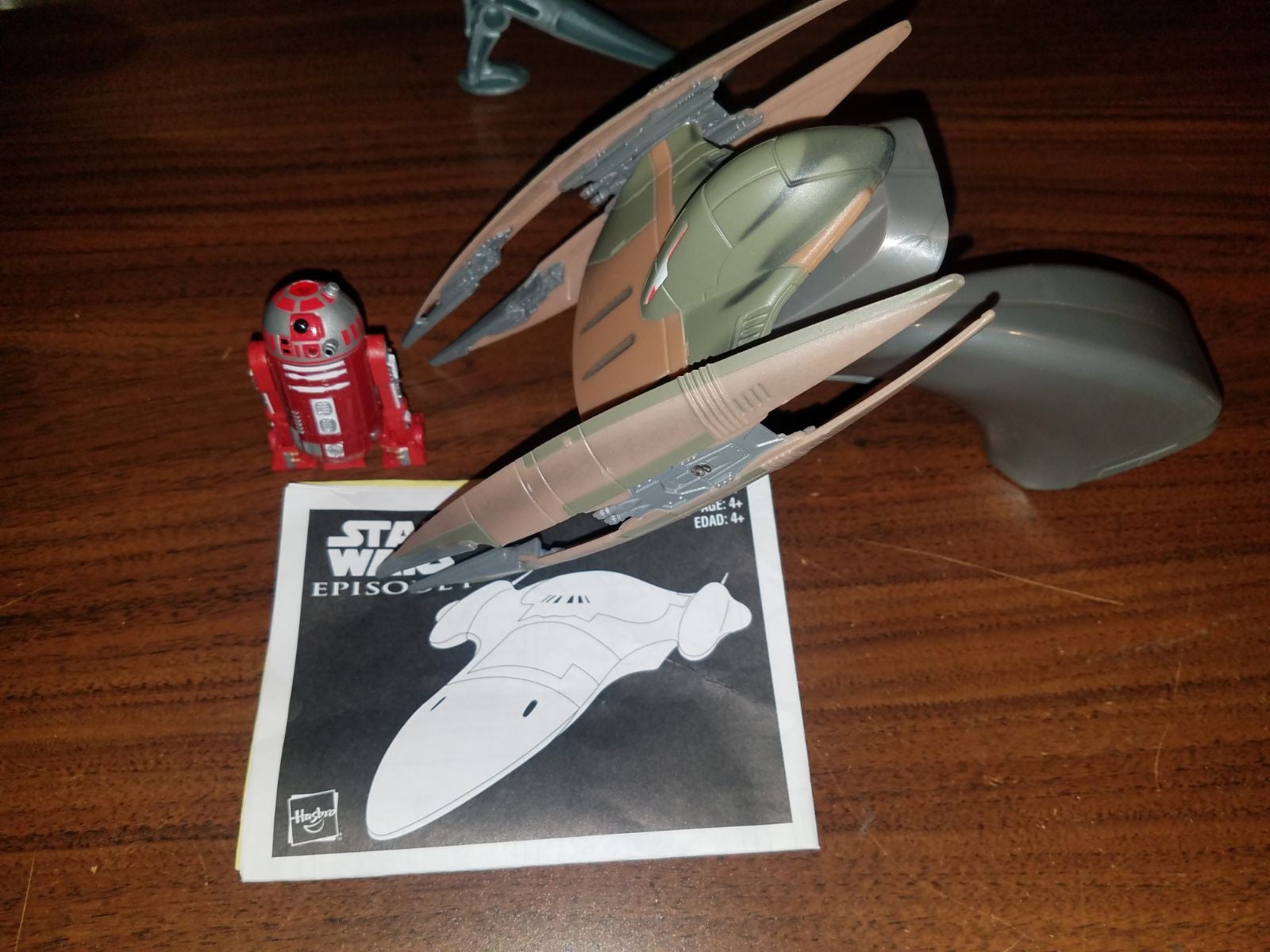 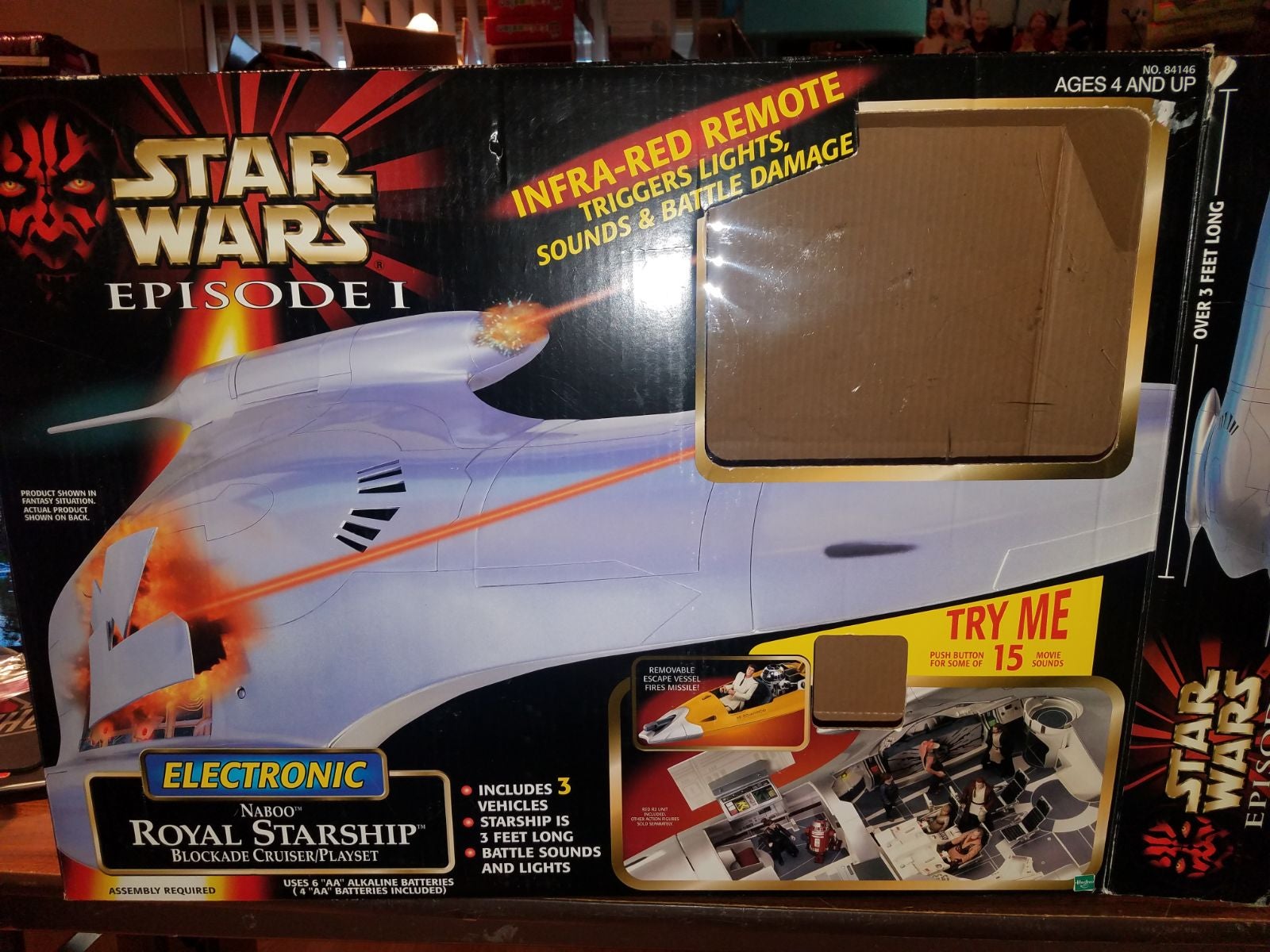 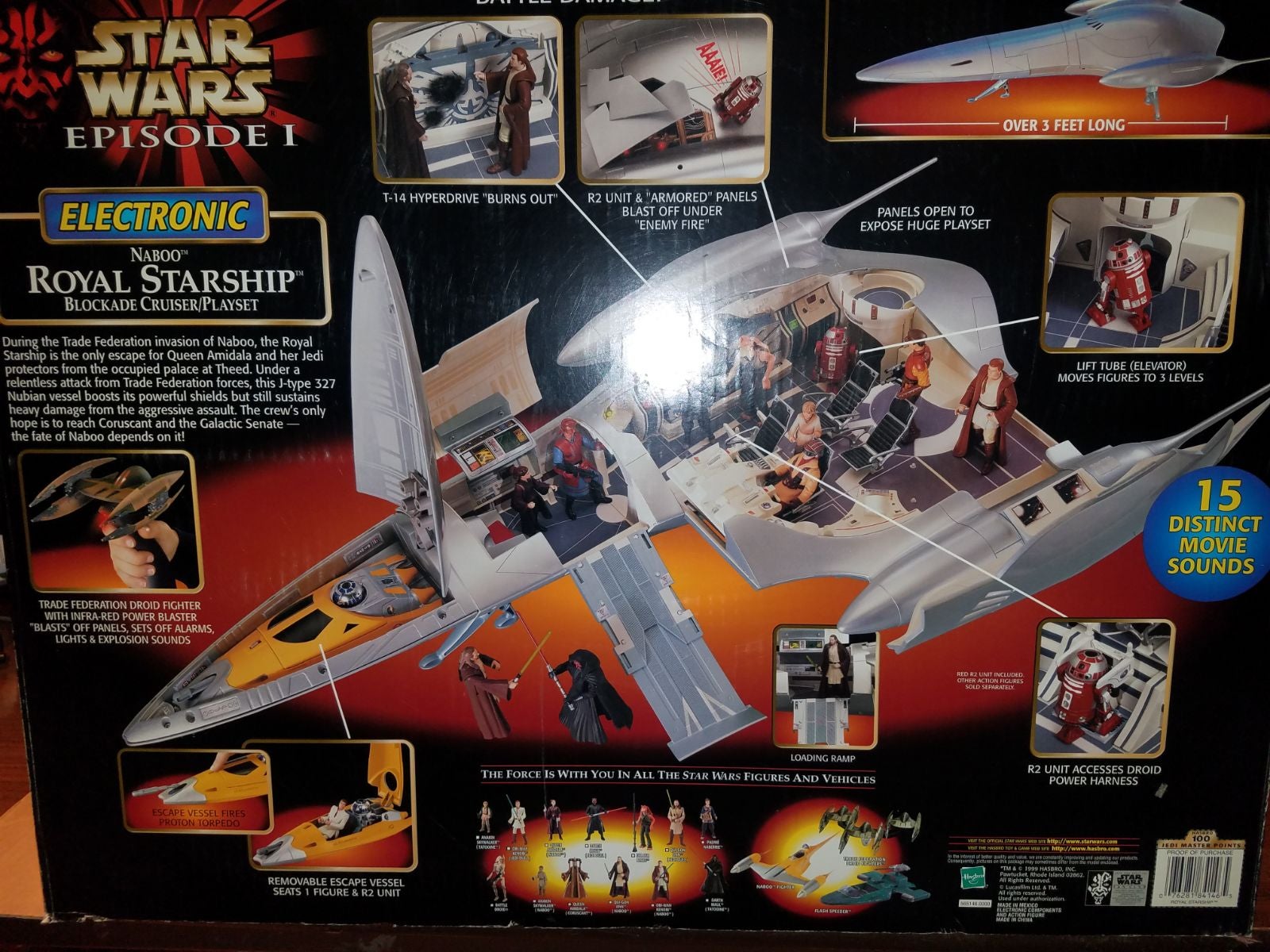 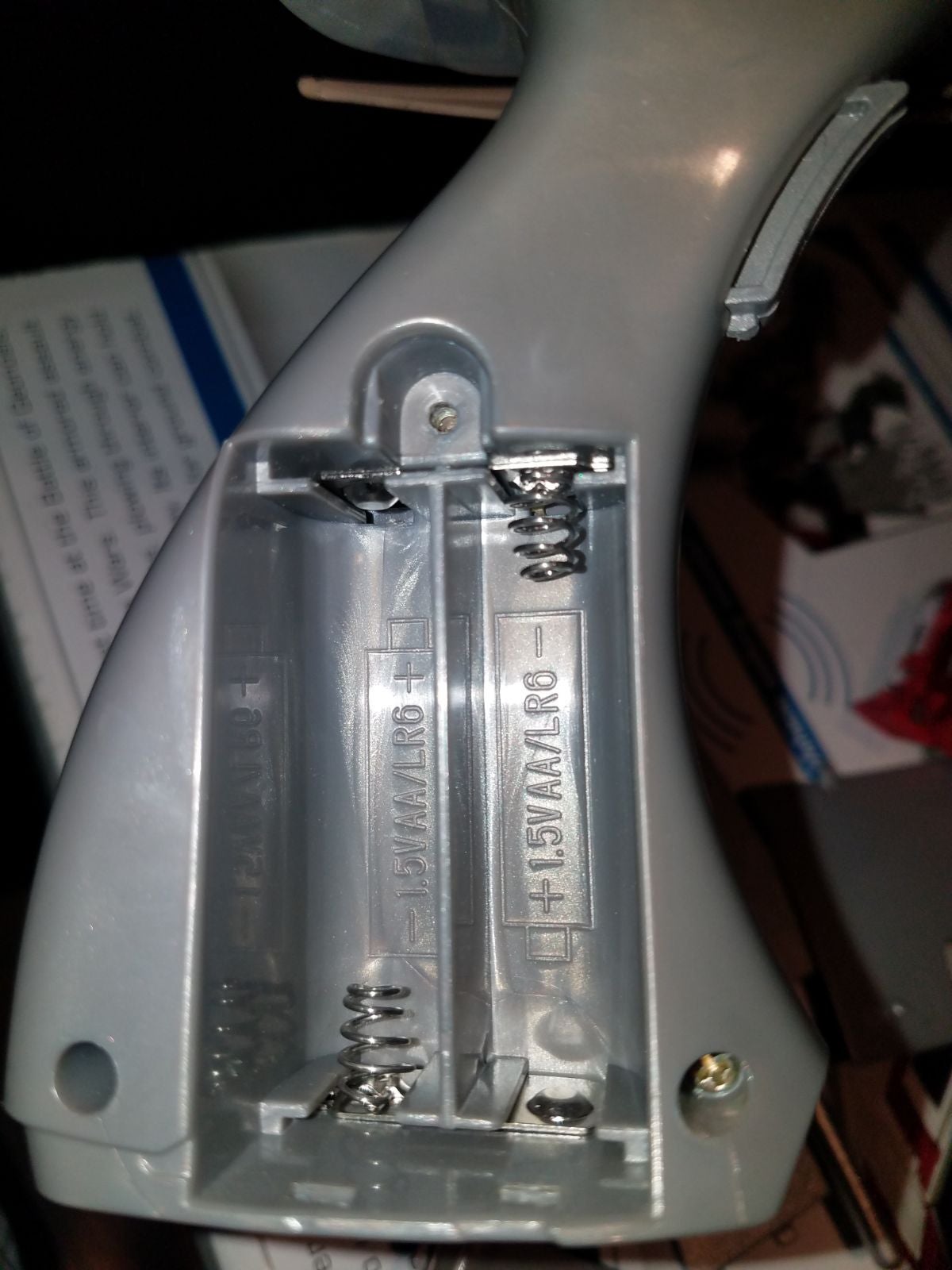 This is for the pictured like new Electronics Naboo royal starship cruiser playset.This measures 3 feet in length and has lights and sounds.It comes with figure, directions and original box.This was a showcase piece and never played with,so its like new.It will be shipped in its original box and that inside another box .Bubble wrap and air bubbles used as well to protect.Message me to bundle with others or if you have any questions. 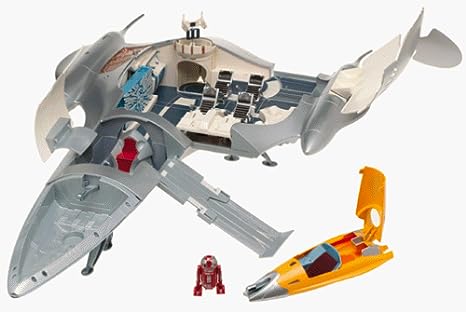 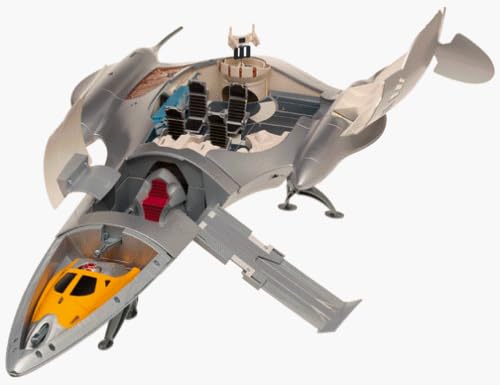 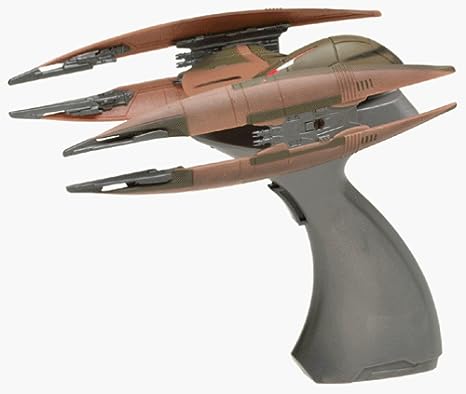 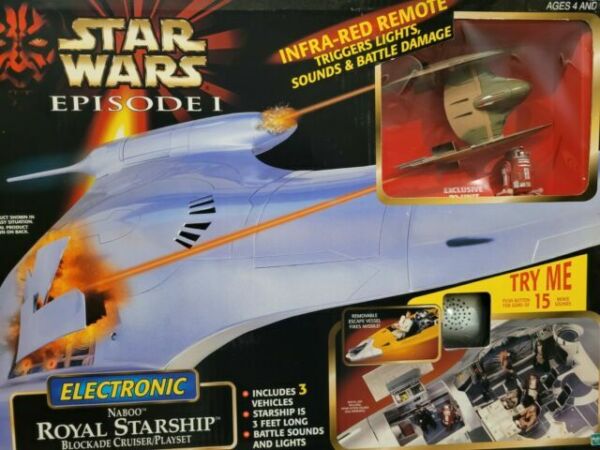 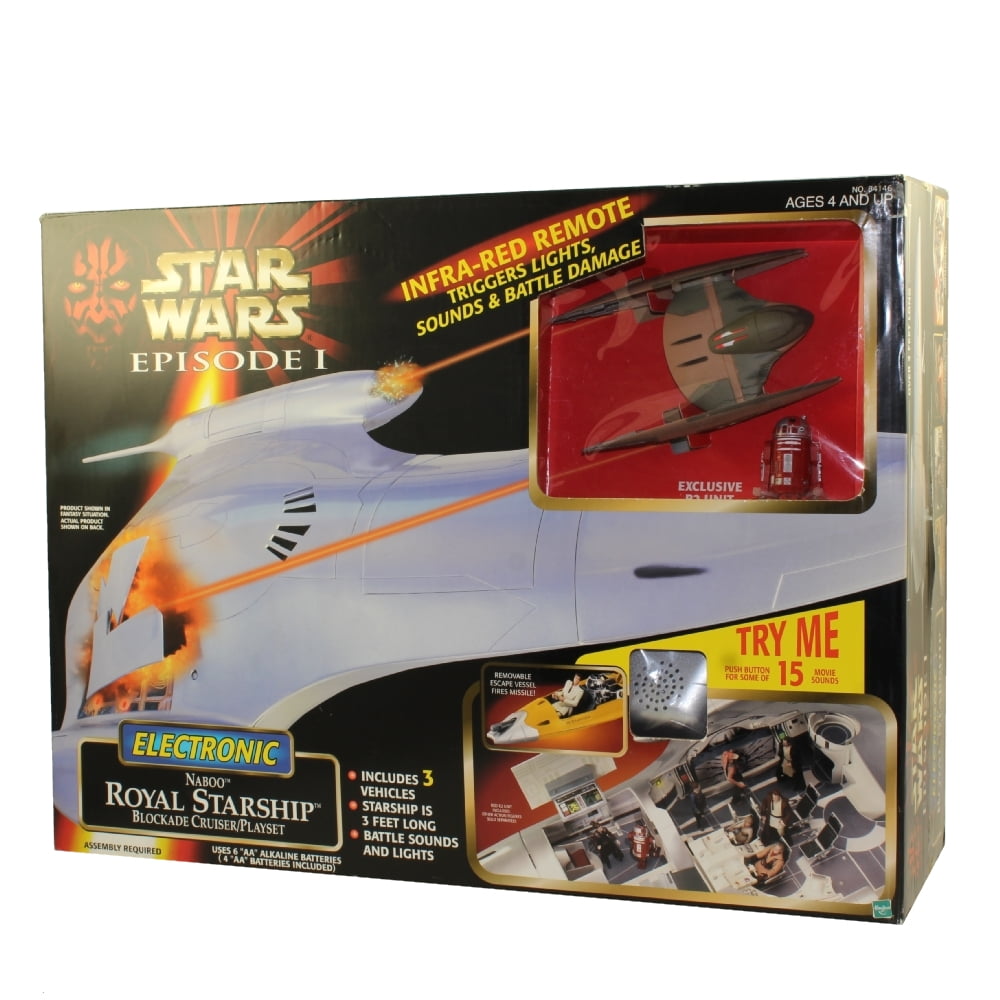 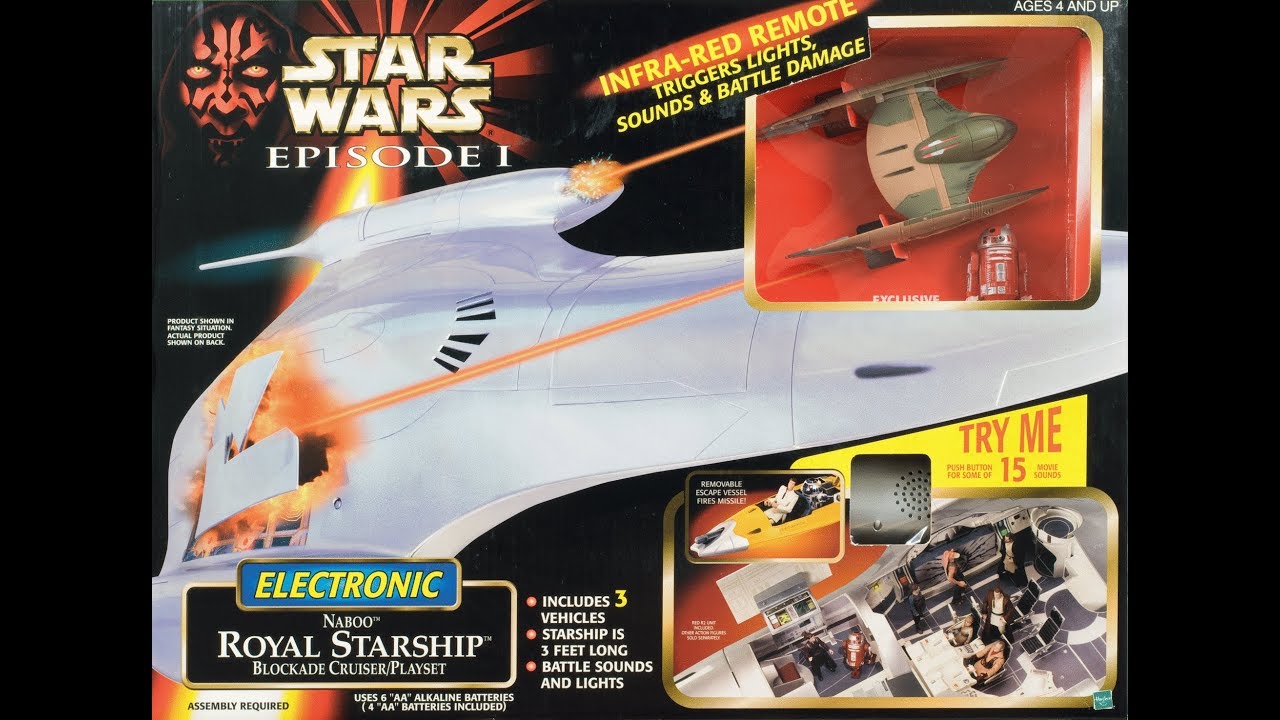 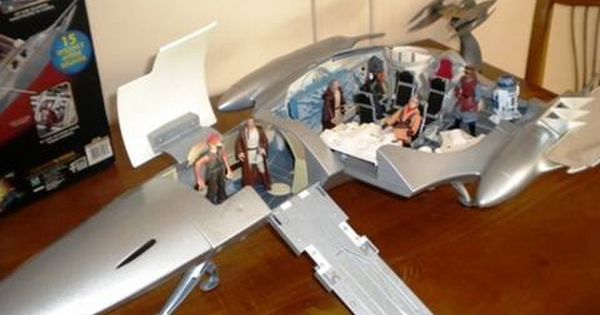 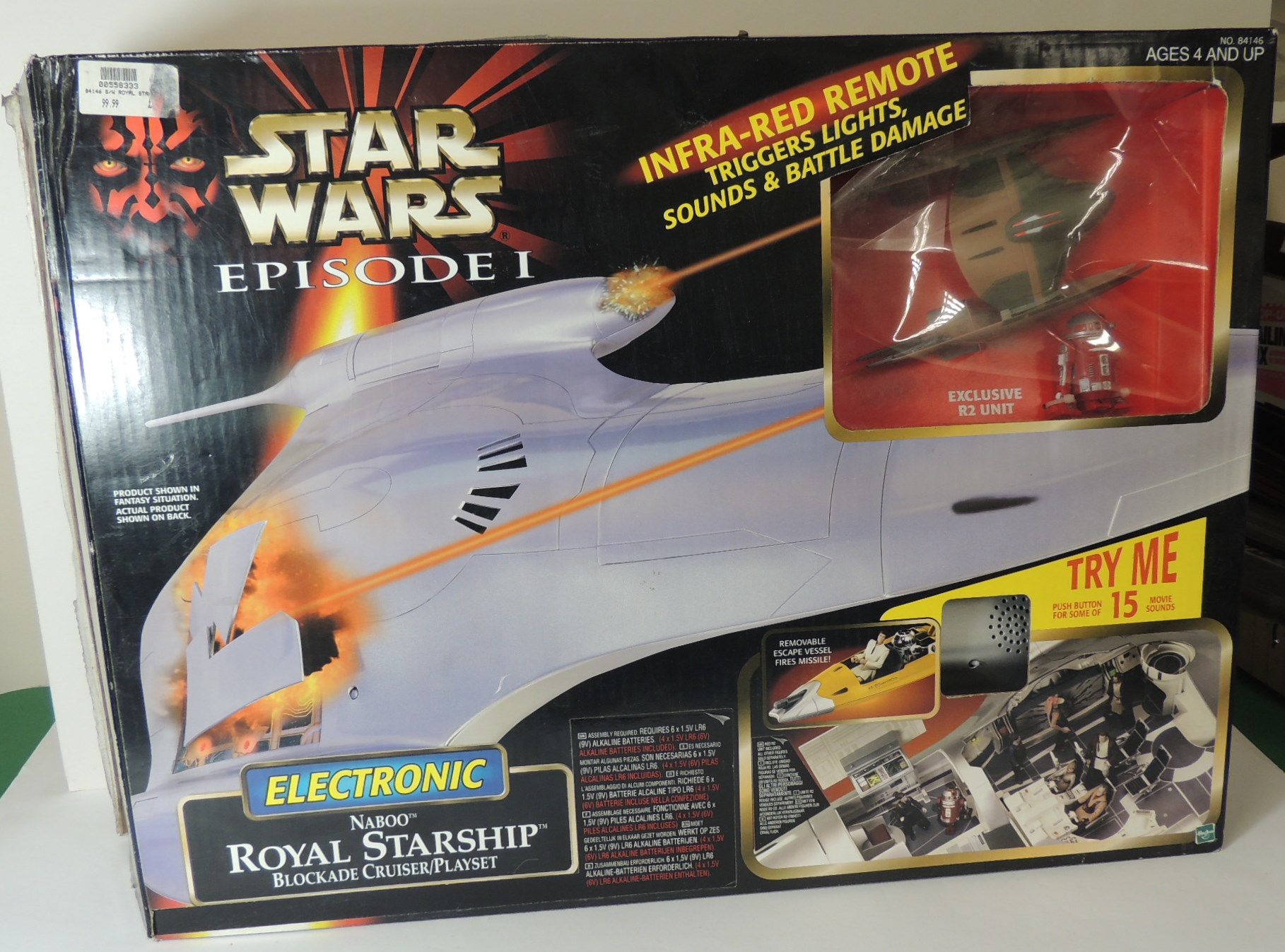 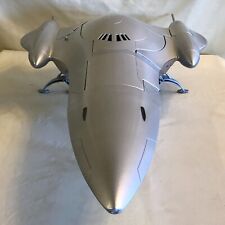 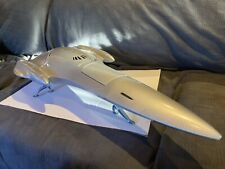 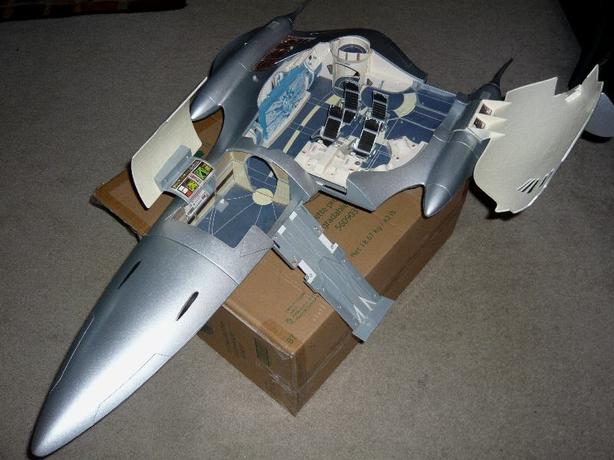