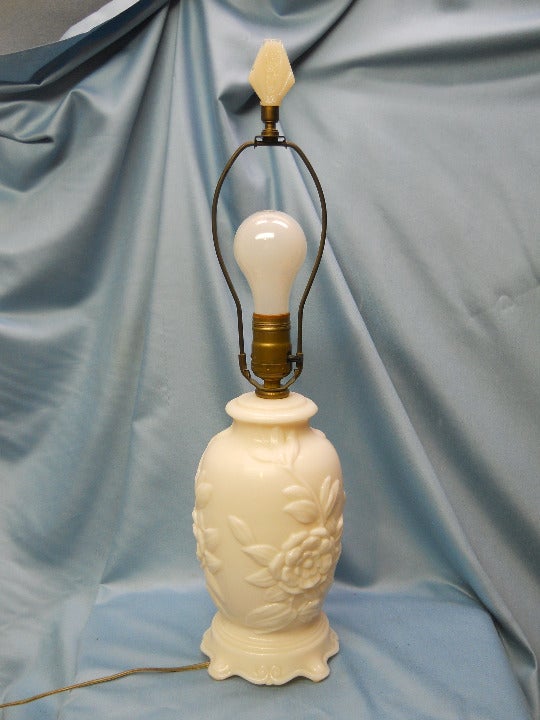 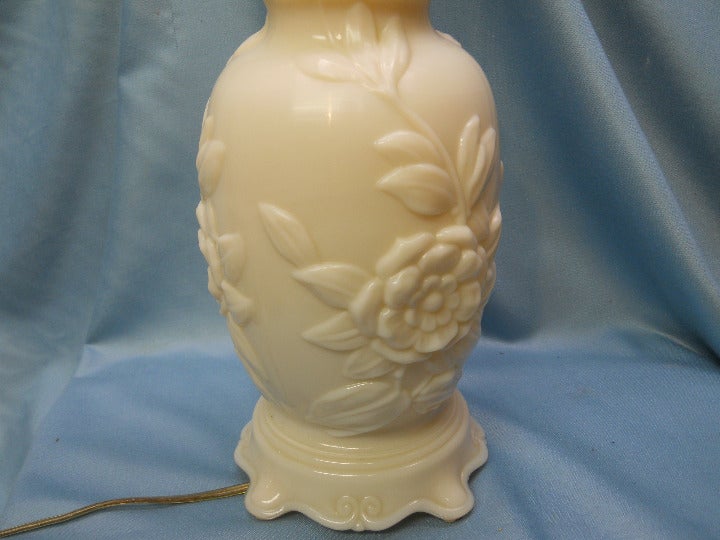 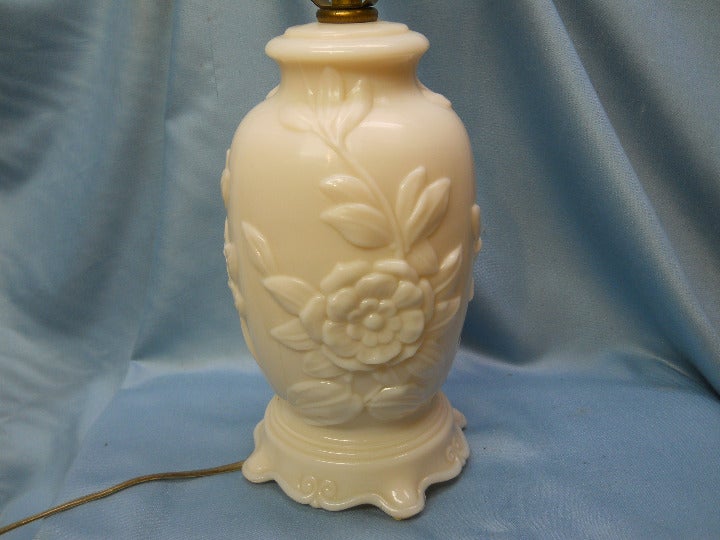 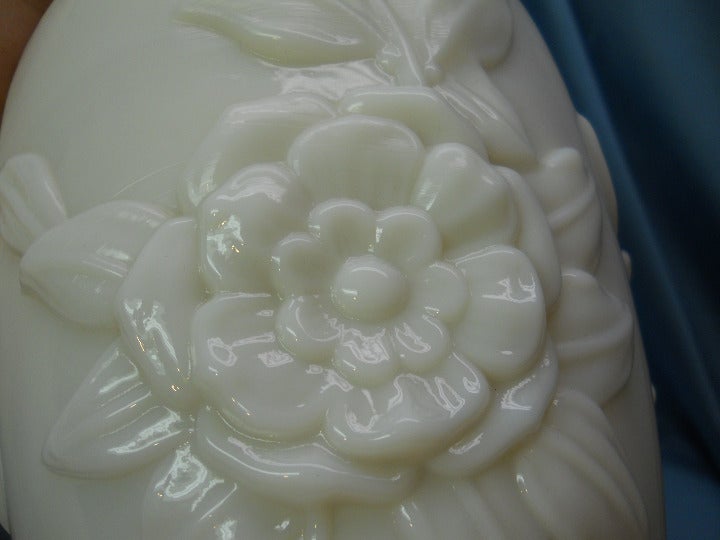 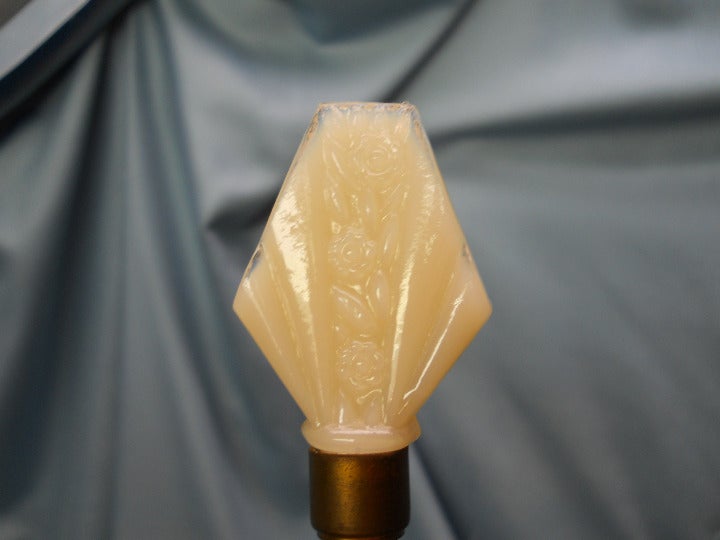 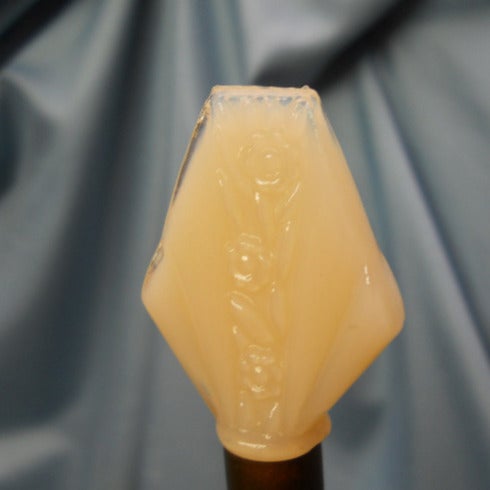 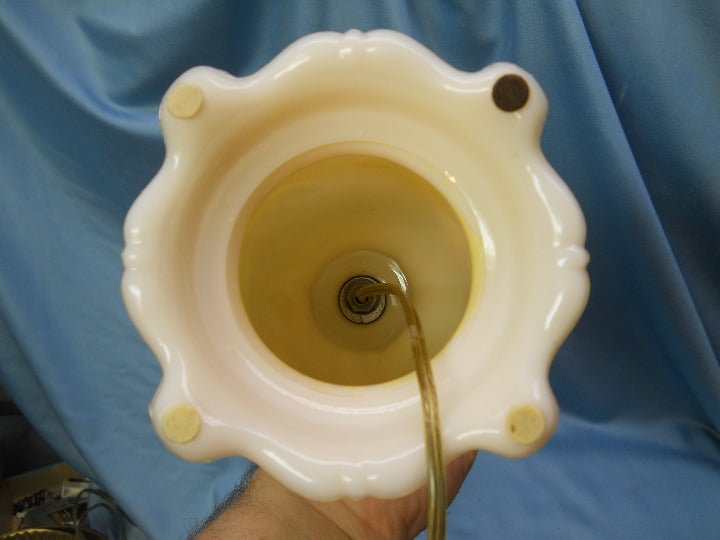 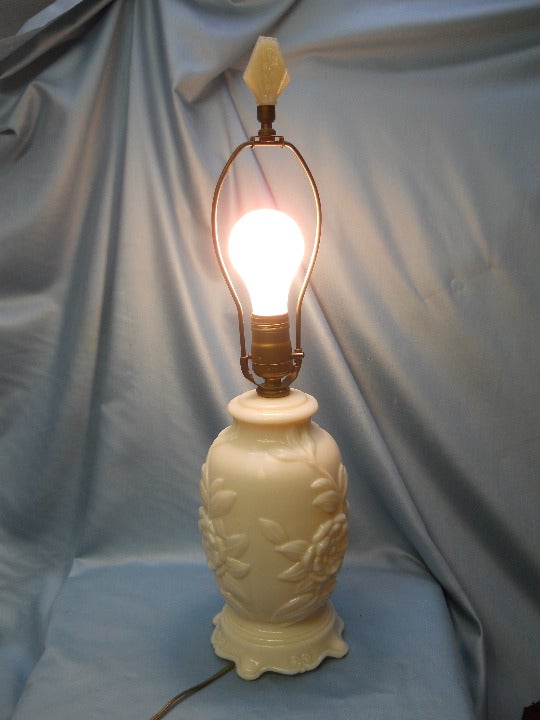 This is a vintage Aladdin Alacite lamp, made from opaque/ivory milk glass complete with matching Finial. The lamp decoration is that of peony style flowers. The lamp is electric, and works great, does not have a nightlight.
Measures 22" tall (from bottom to finial).
Alacite, 1939-1952 .
Alacite glass is well known and appreciated by collectors.
This ivory glass was developed by Henry Hellmers. 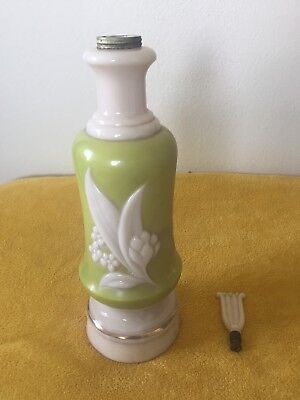 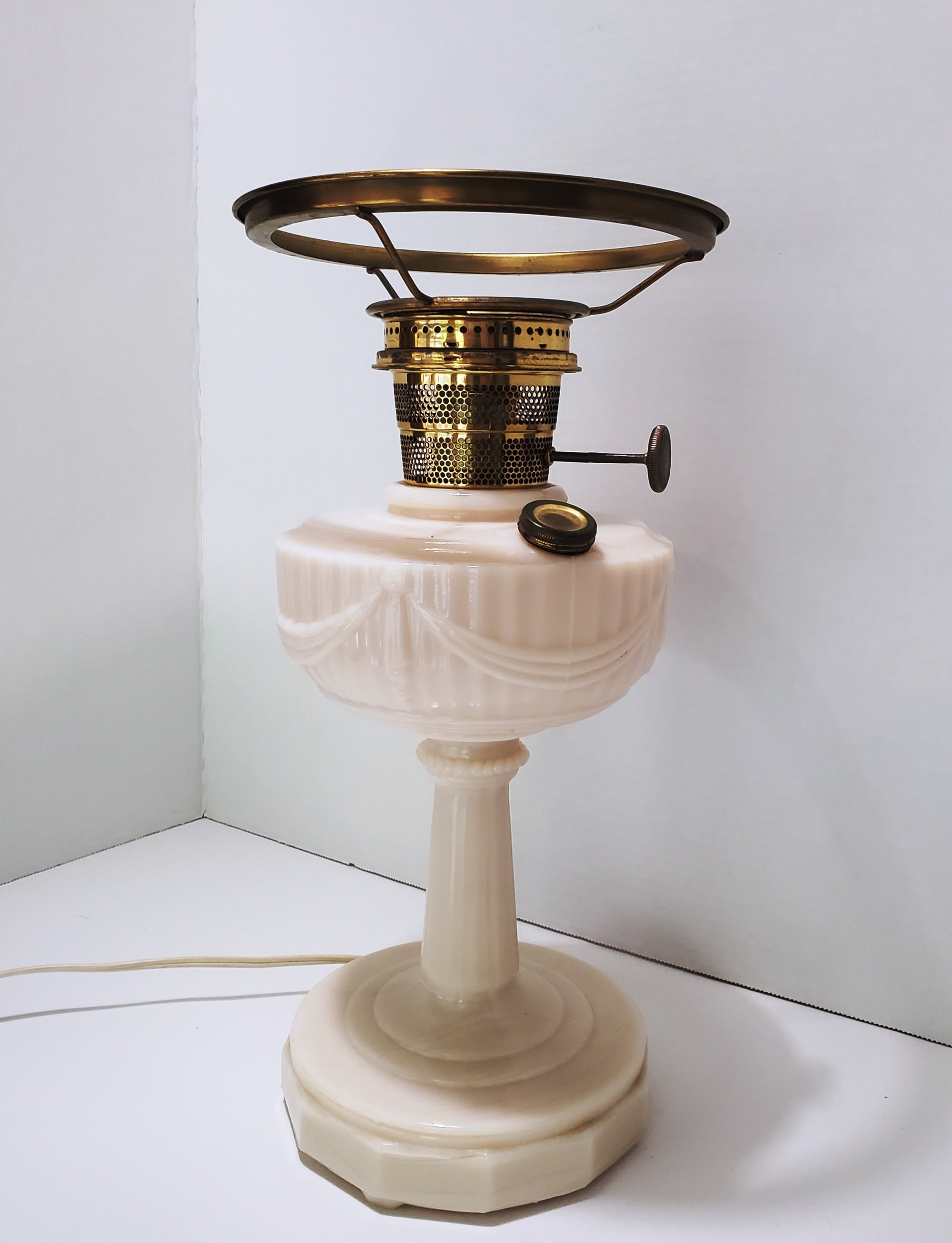 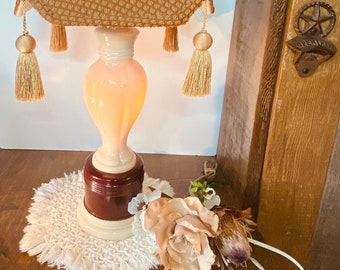 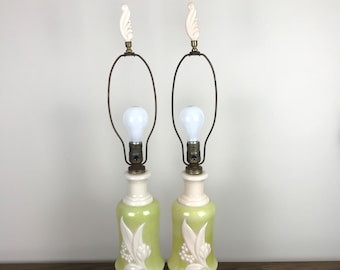 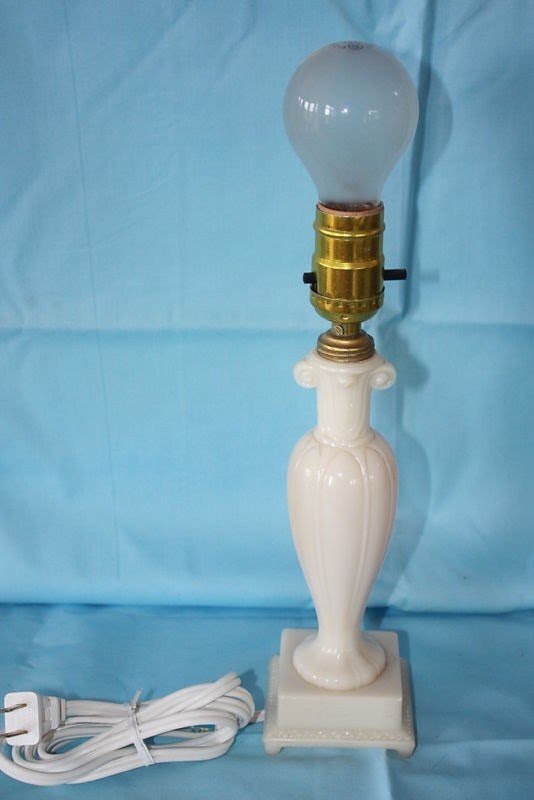 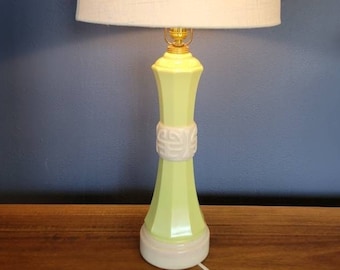 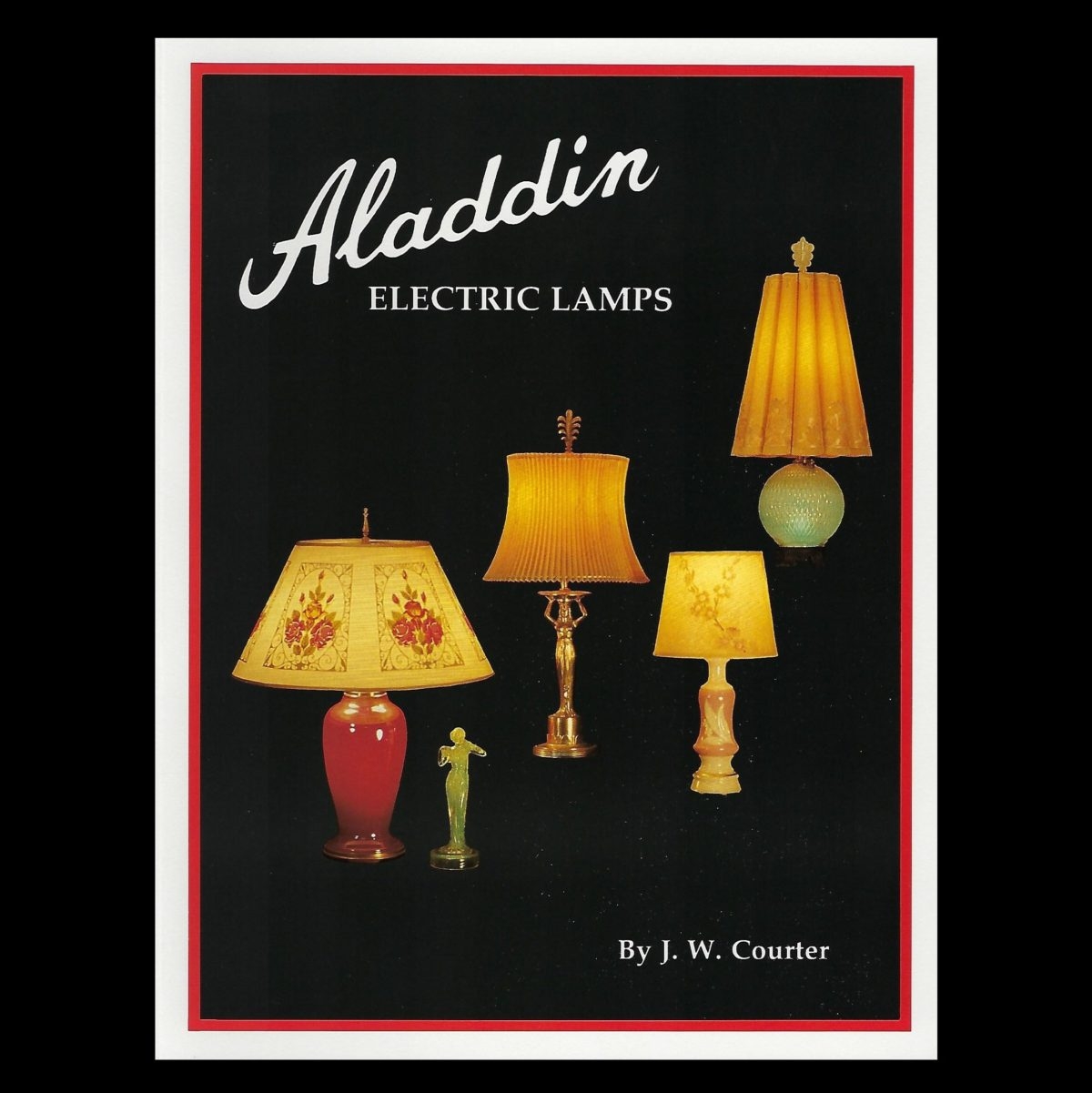 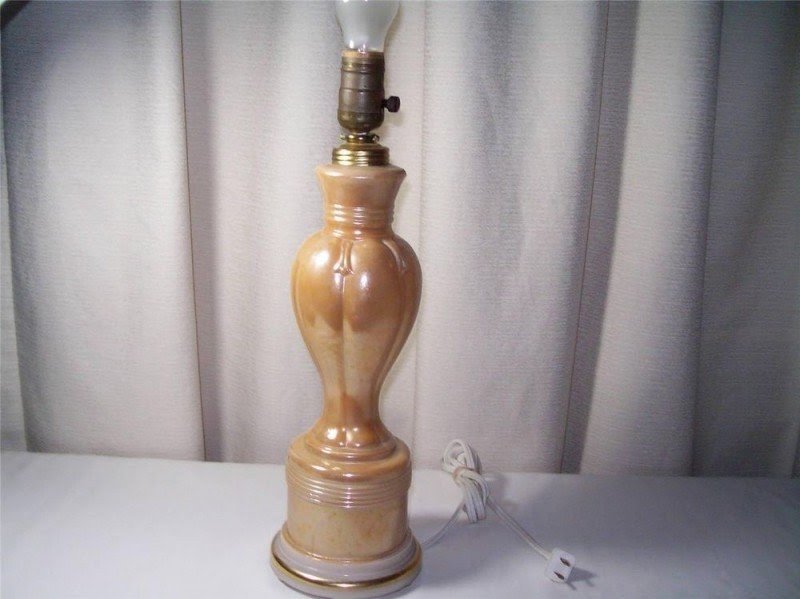 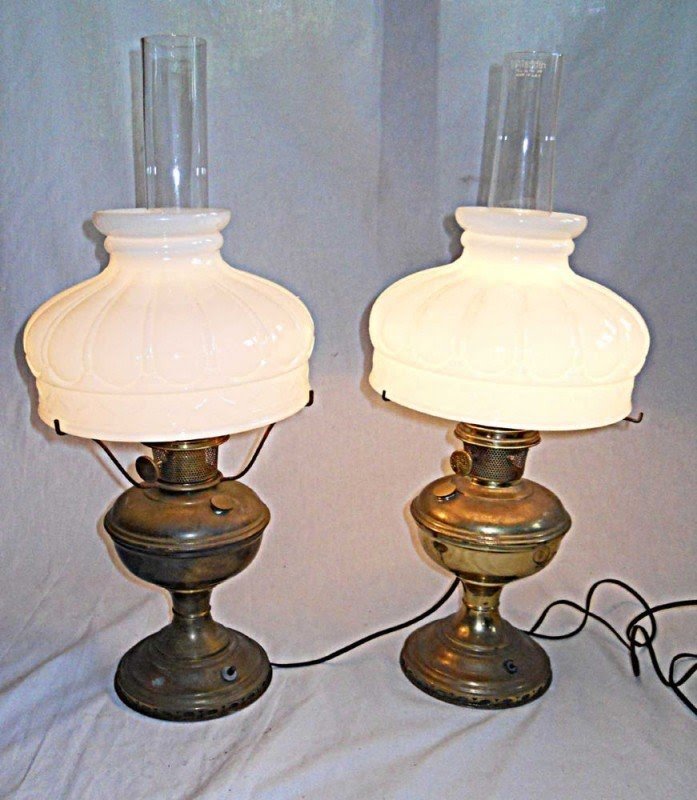 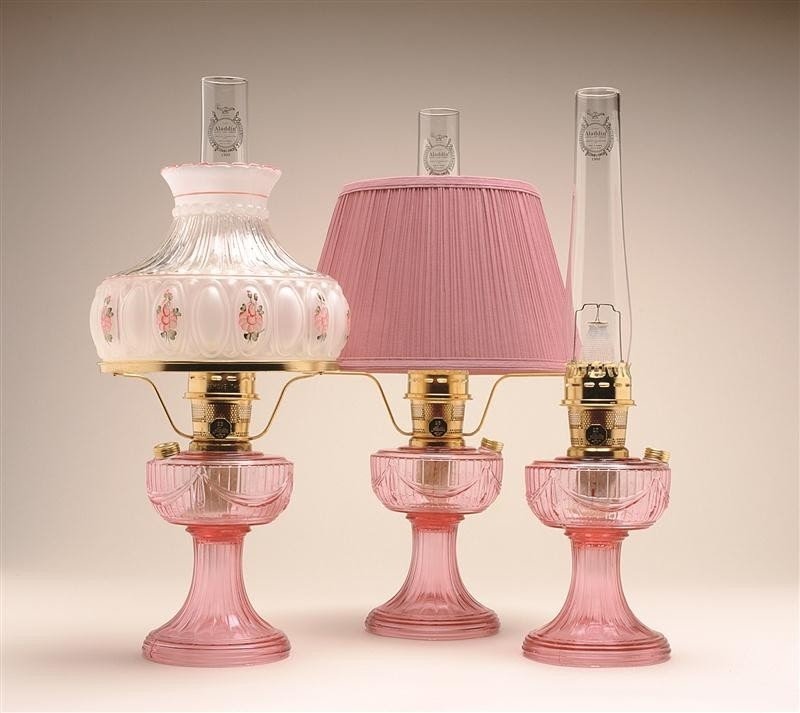 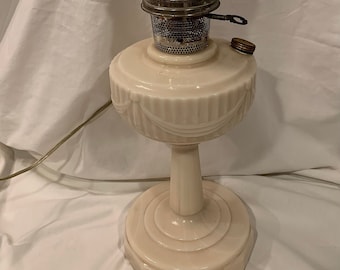 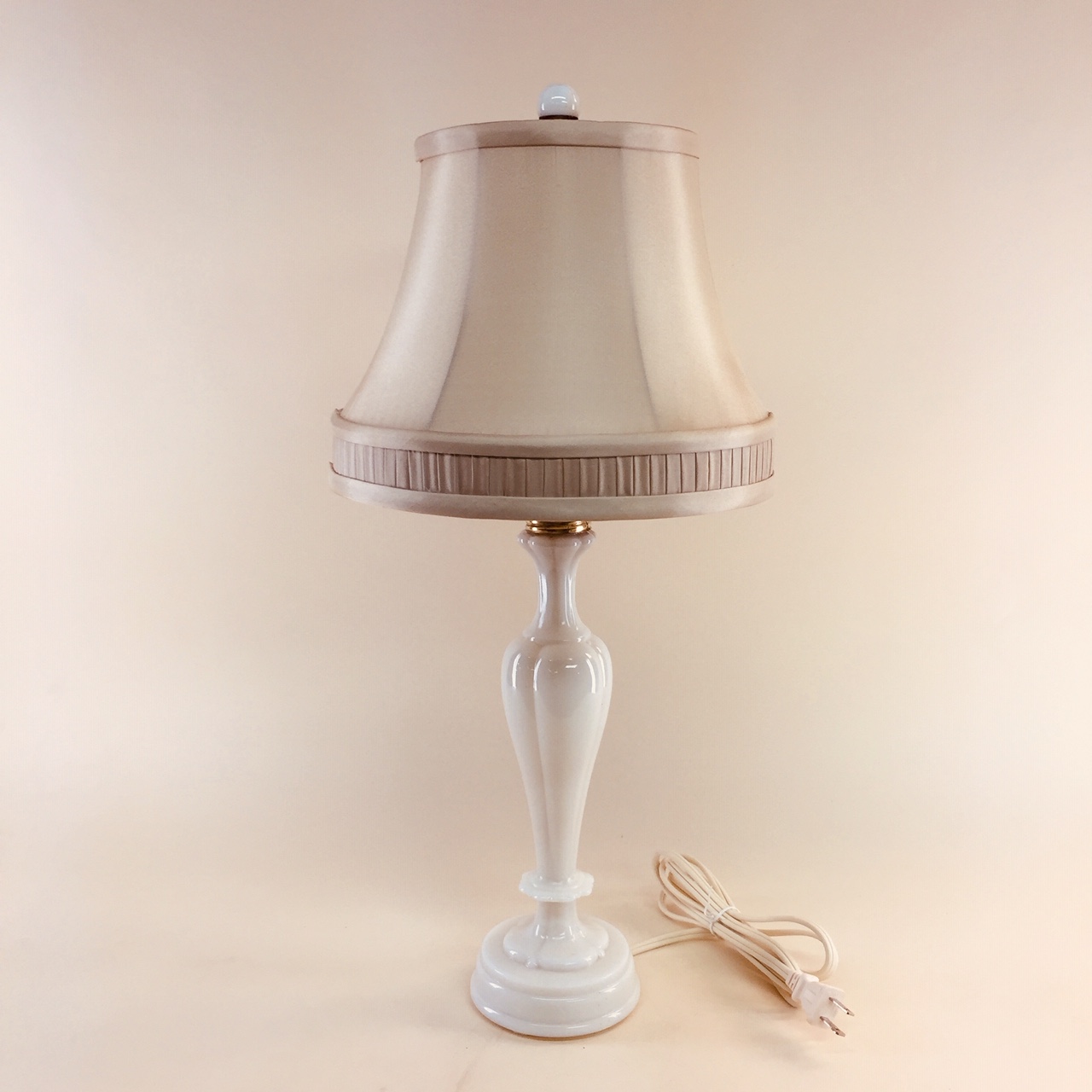 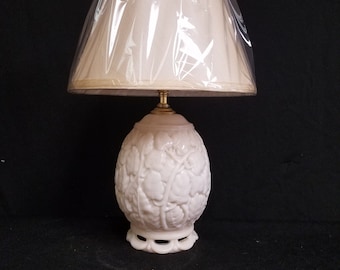