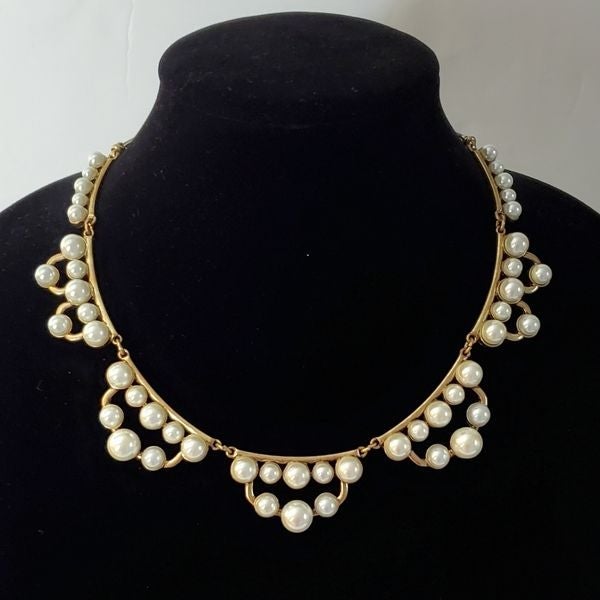 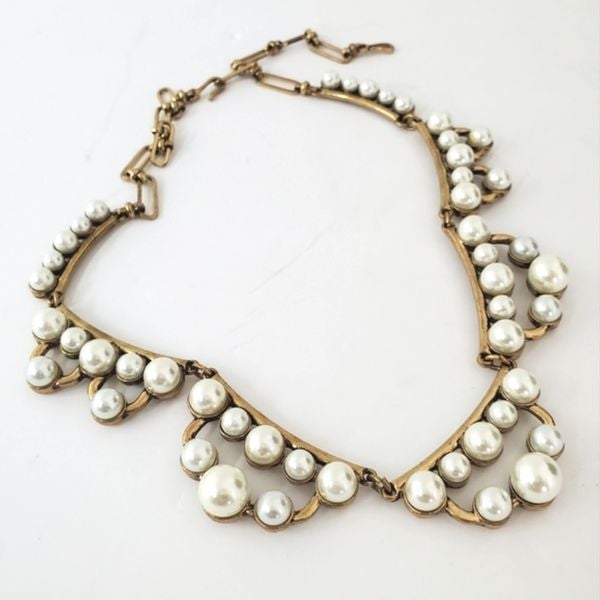 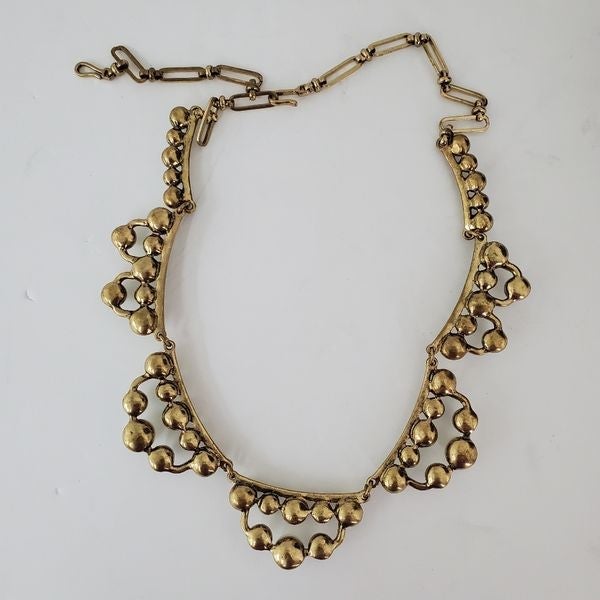 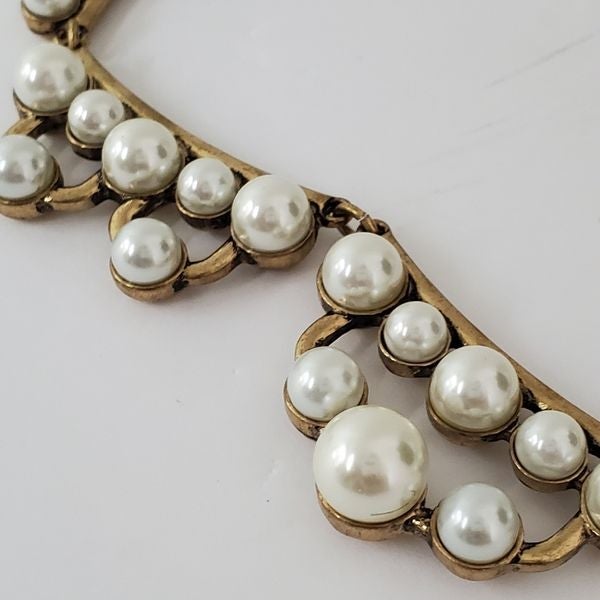 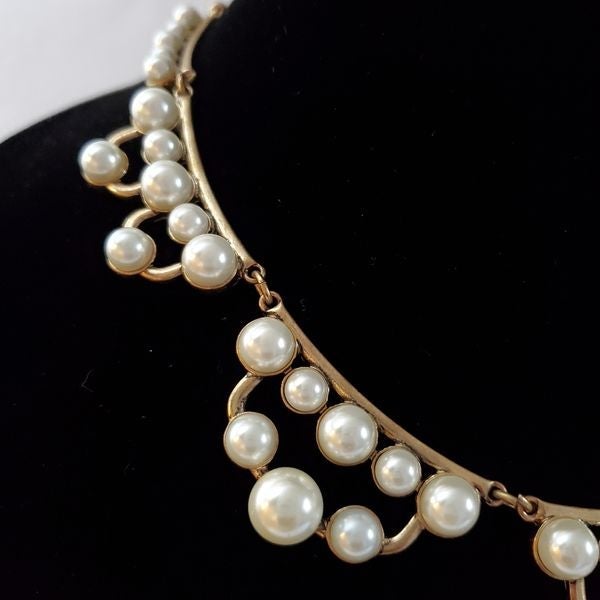 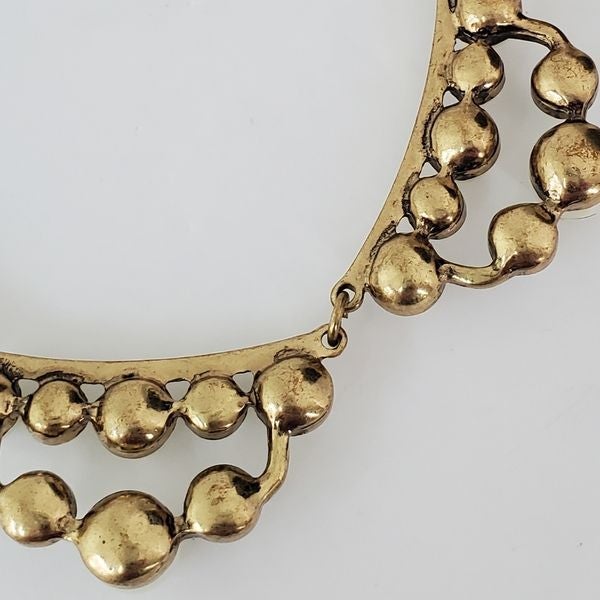 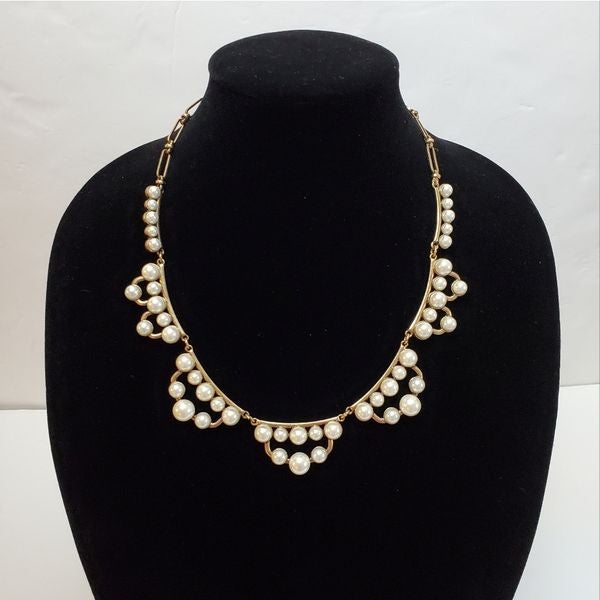 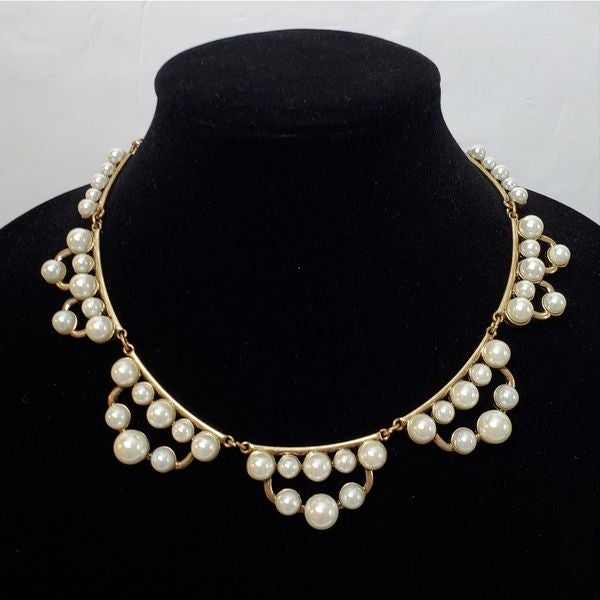 Brass and faux pearl necklace, hook closure, link chain to adjust the length.
Expensive costume jewelry piece. It has a nice weight and is well made with quality materials. There is no signature or maker's mark. 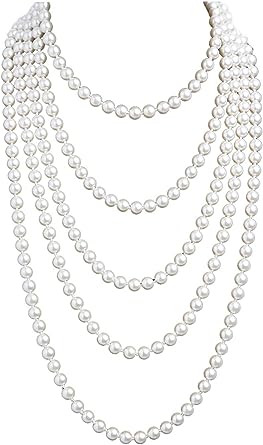 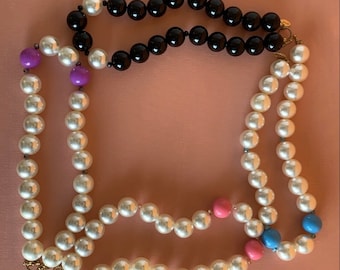 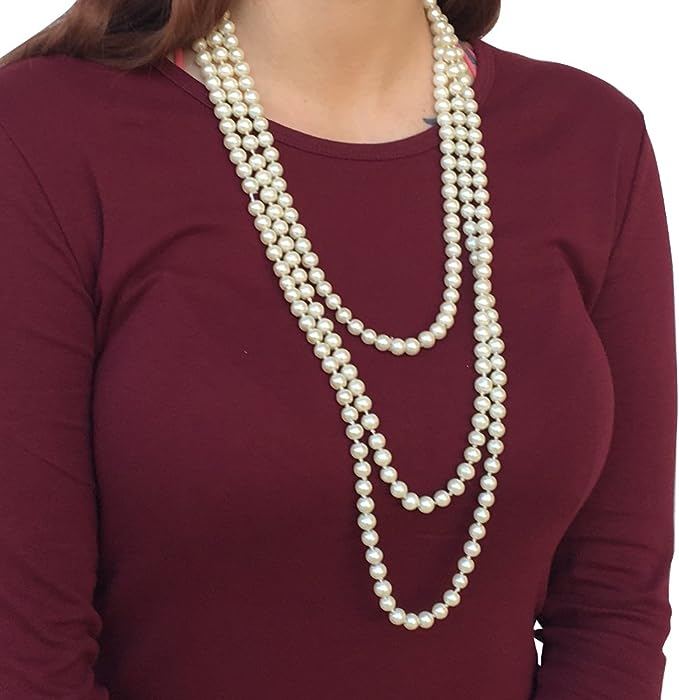 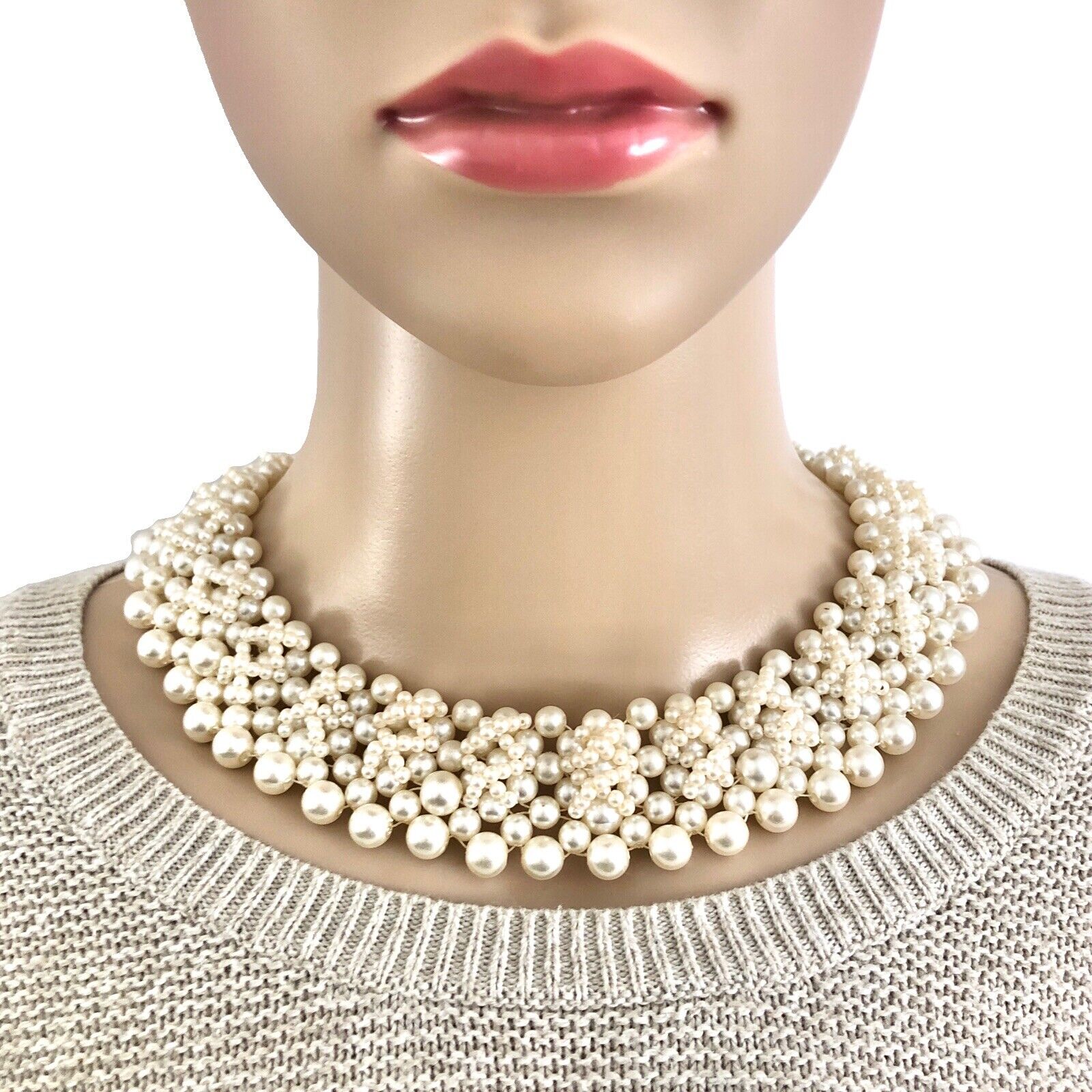 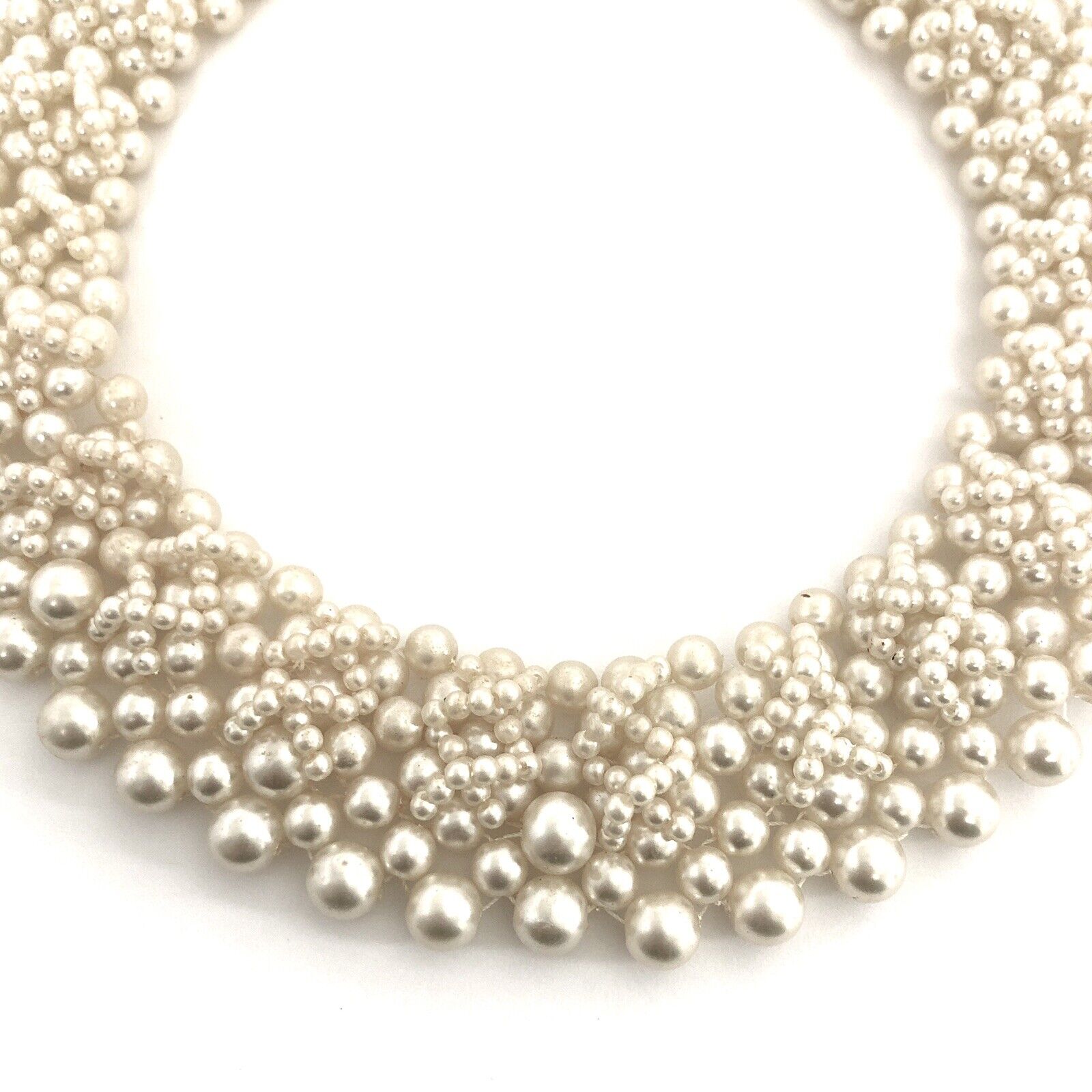 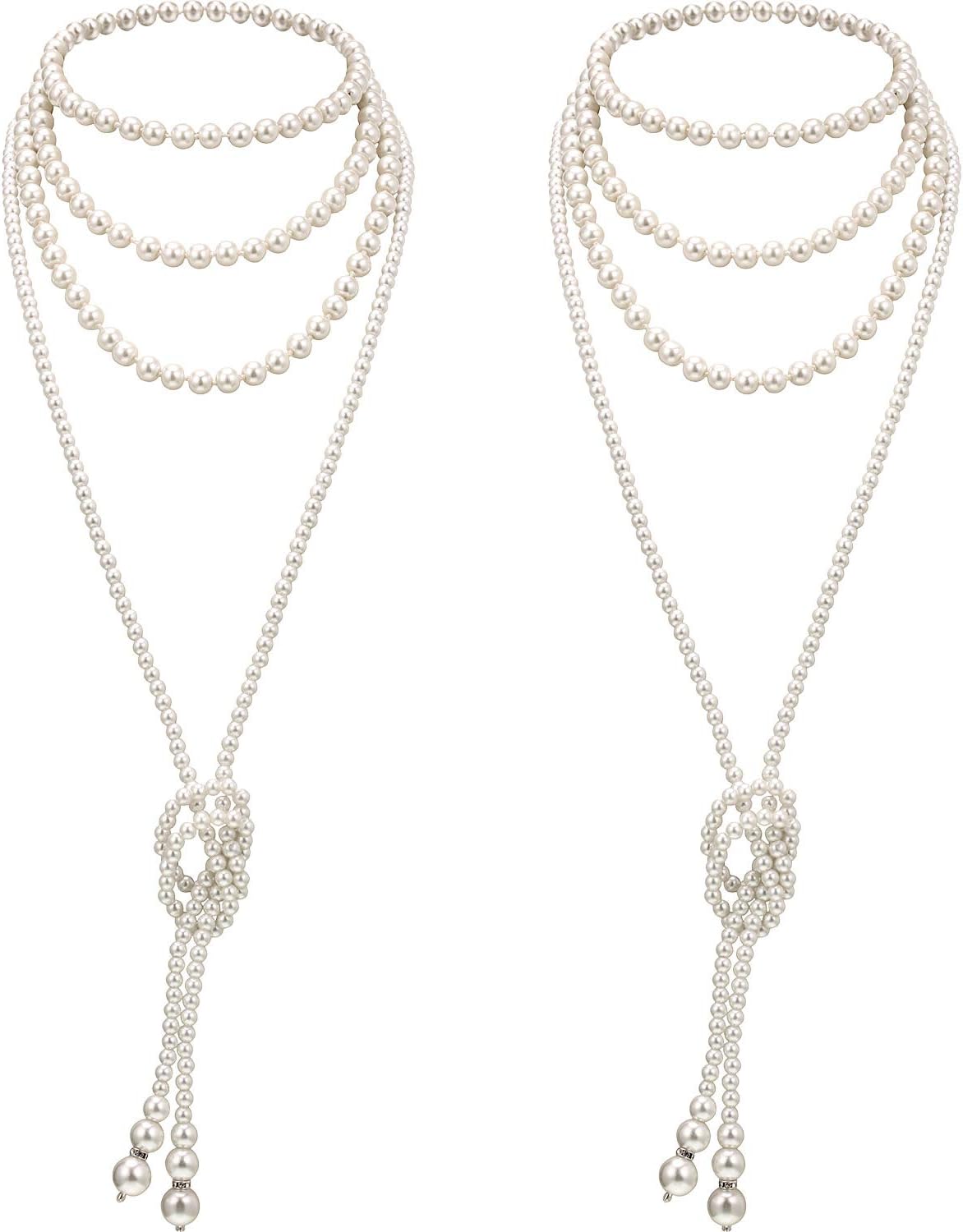 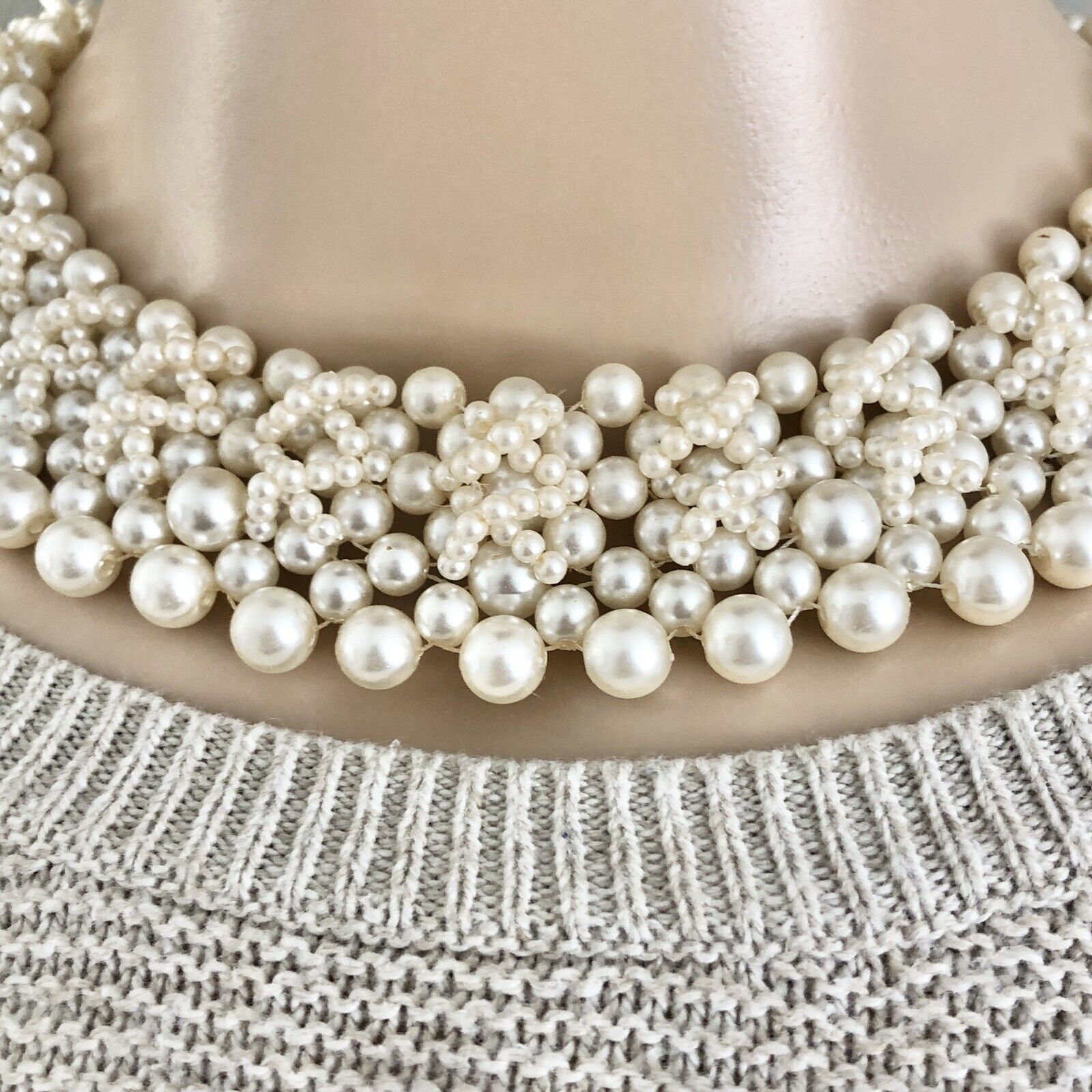 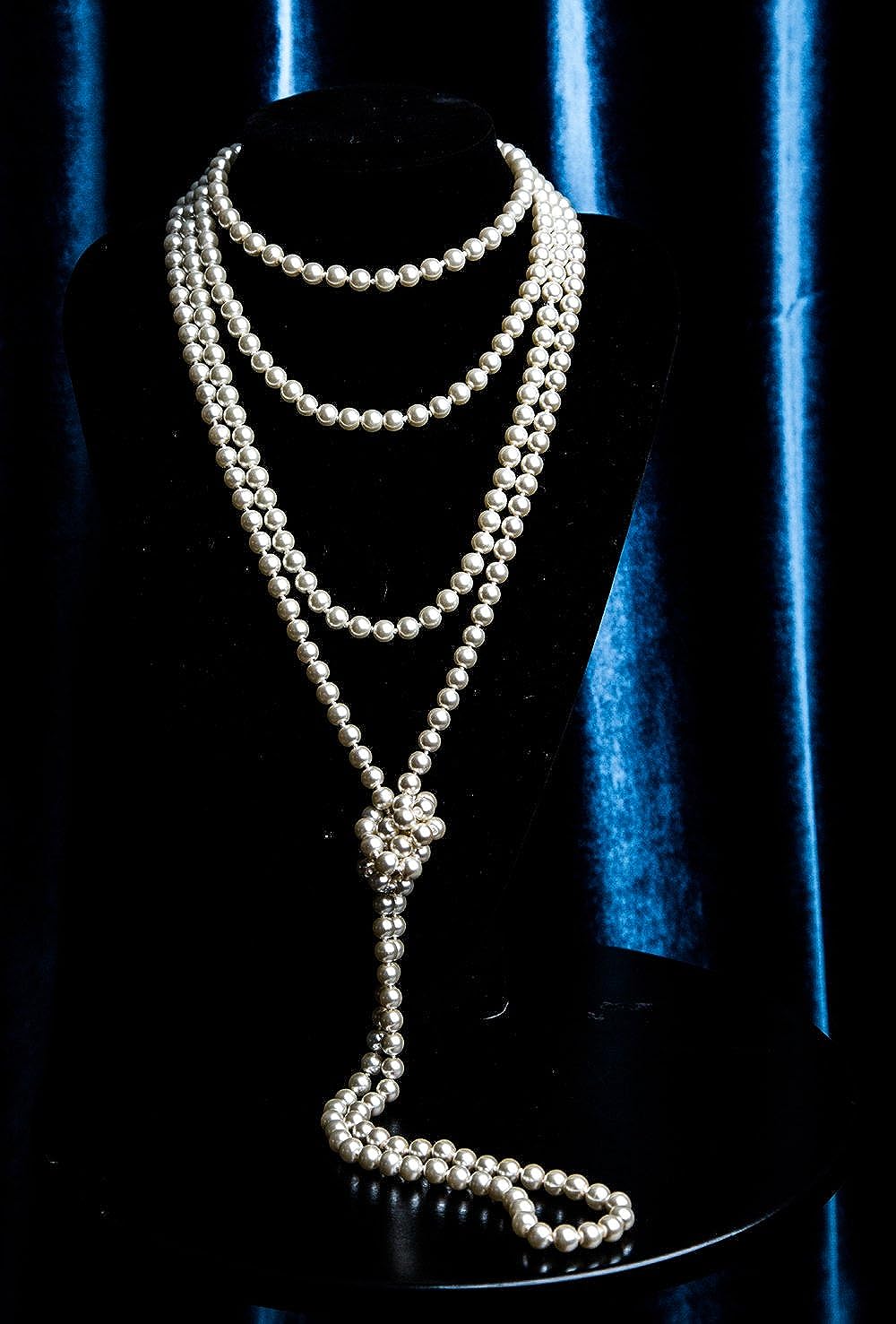 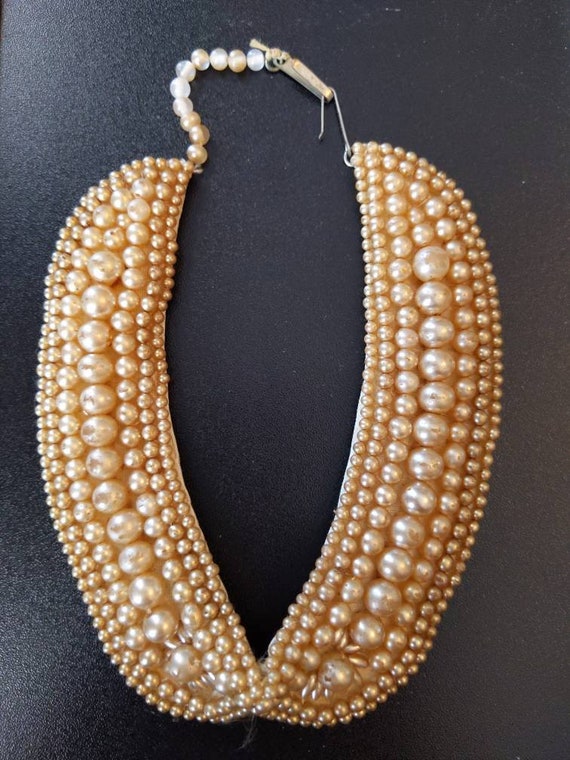 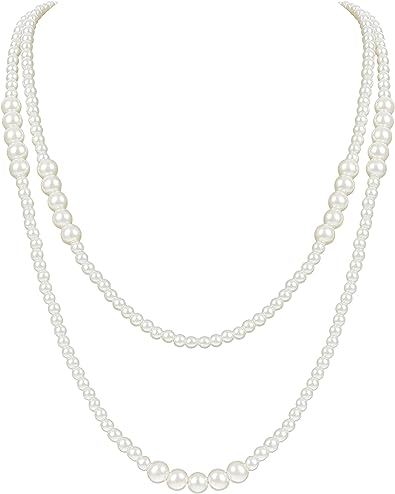 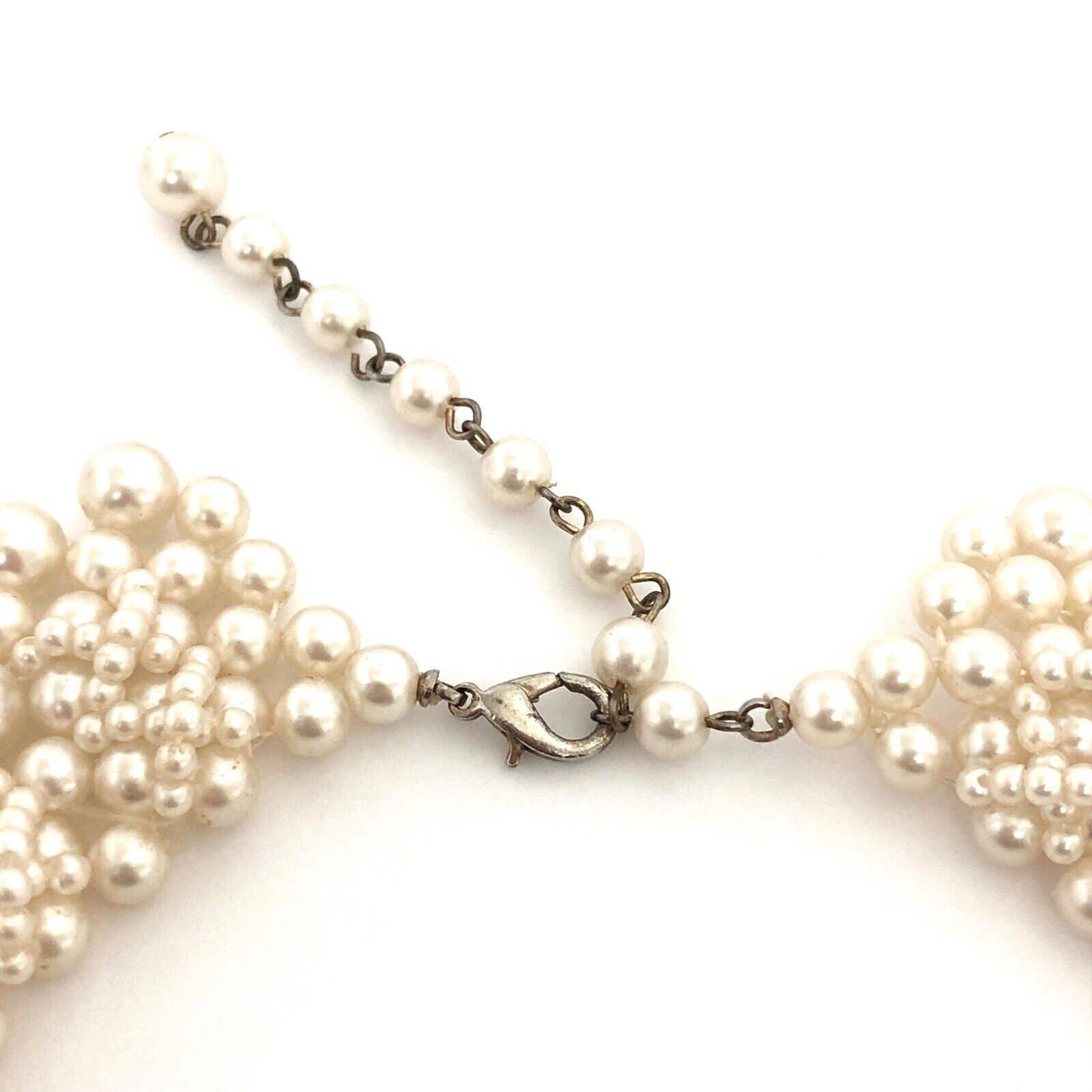 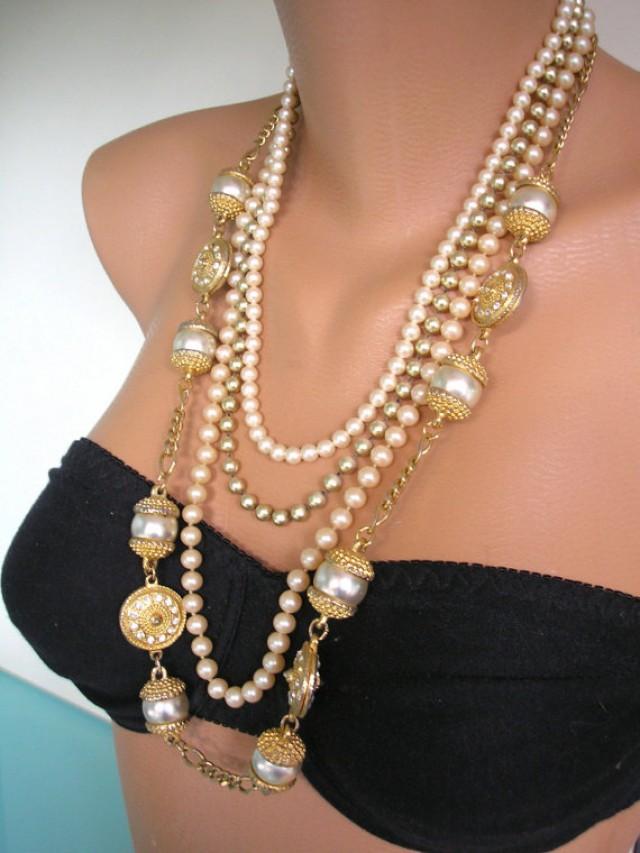 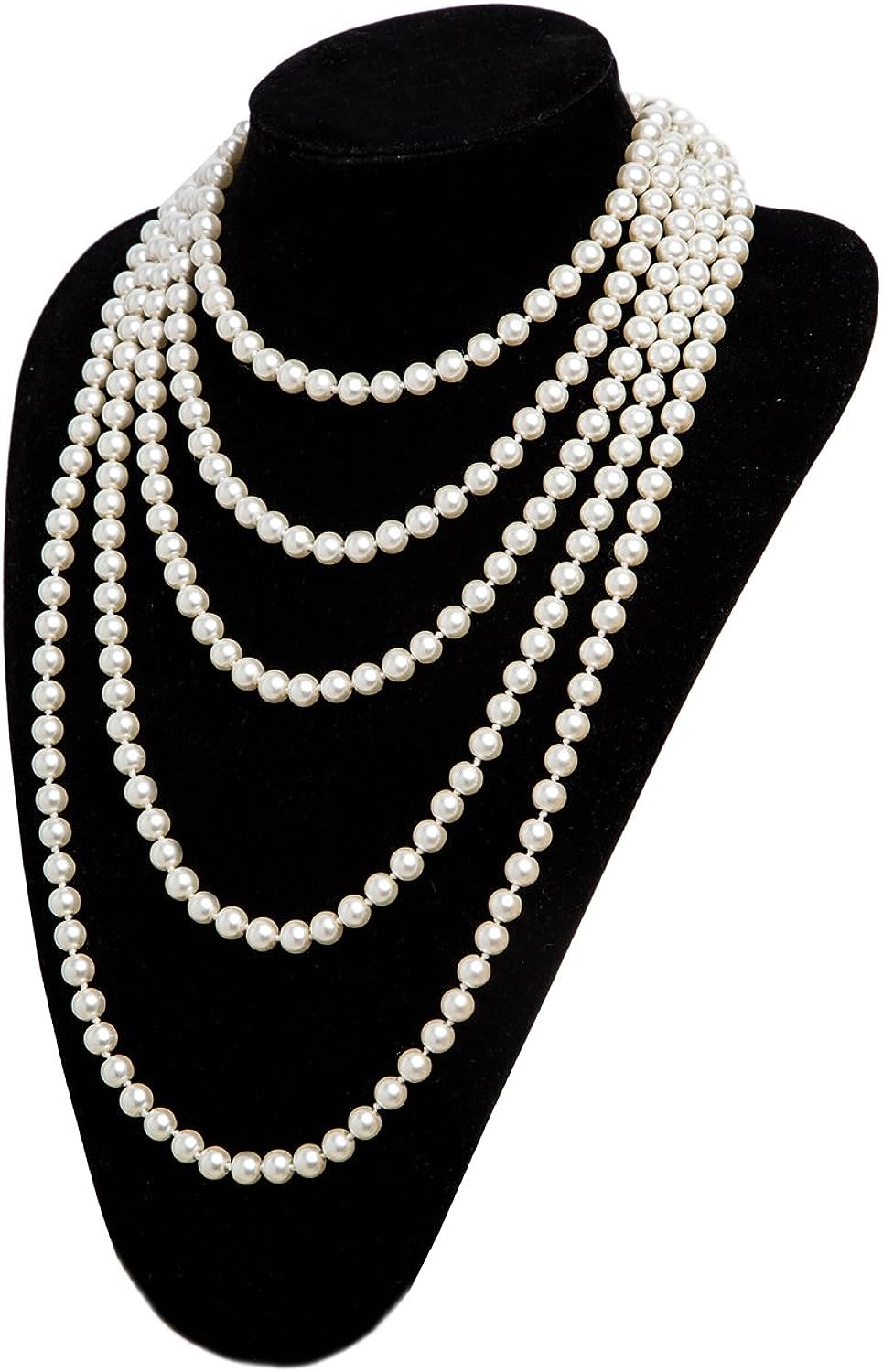 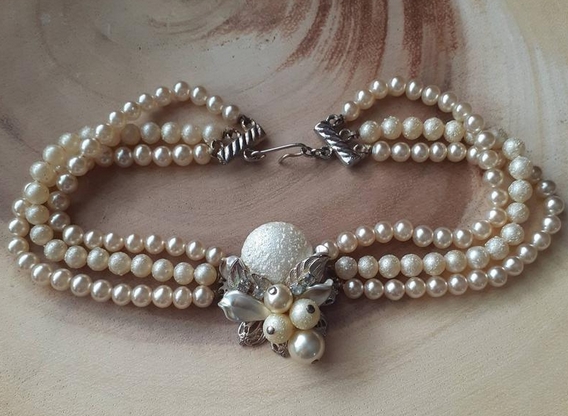