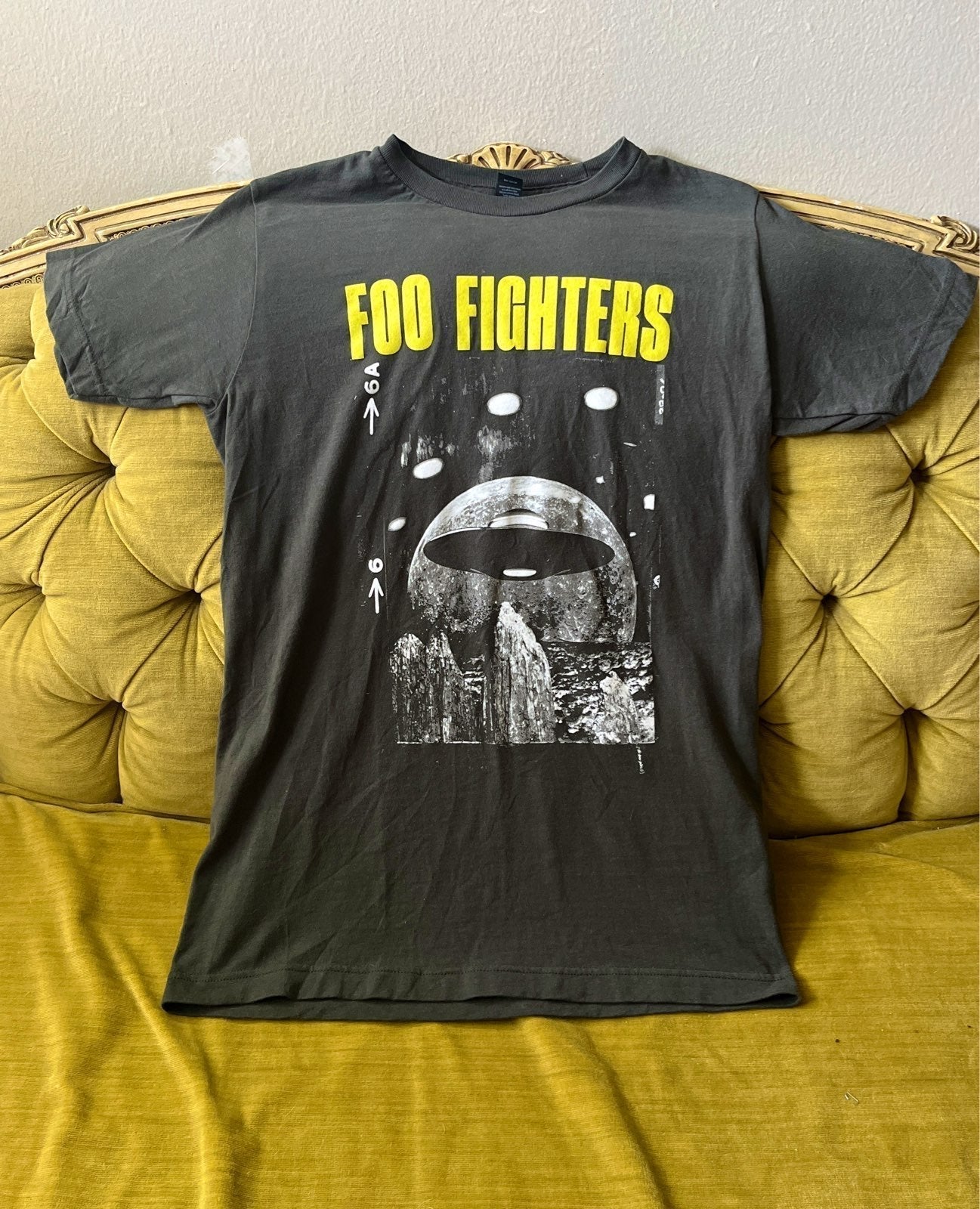 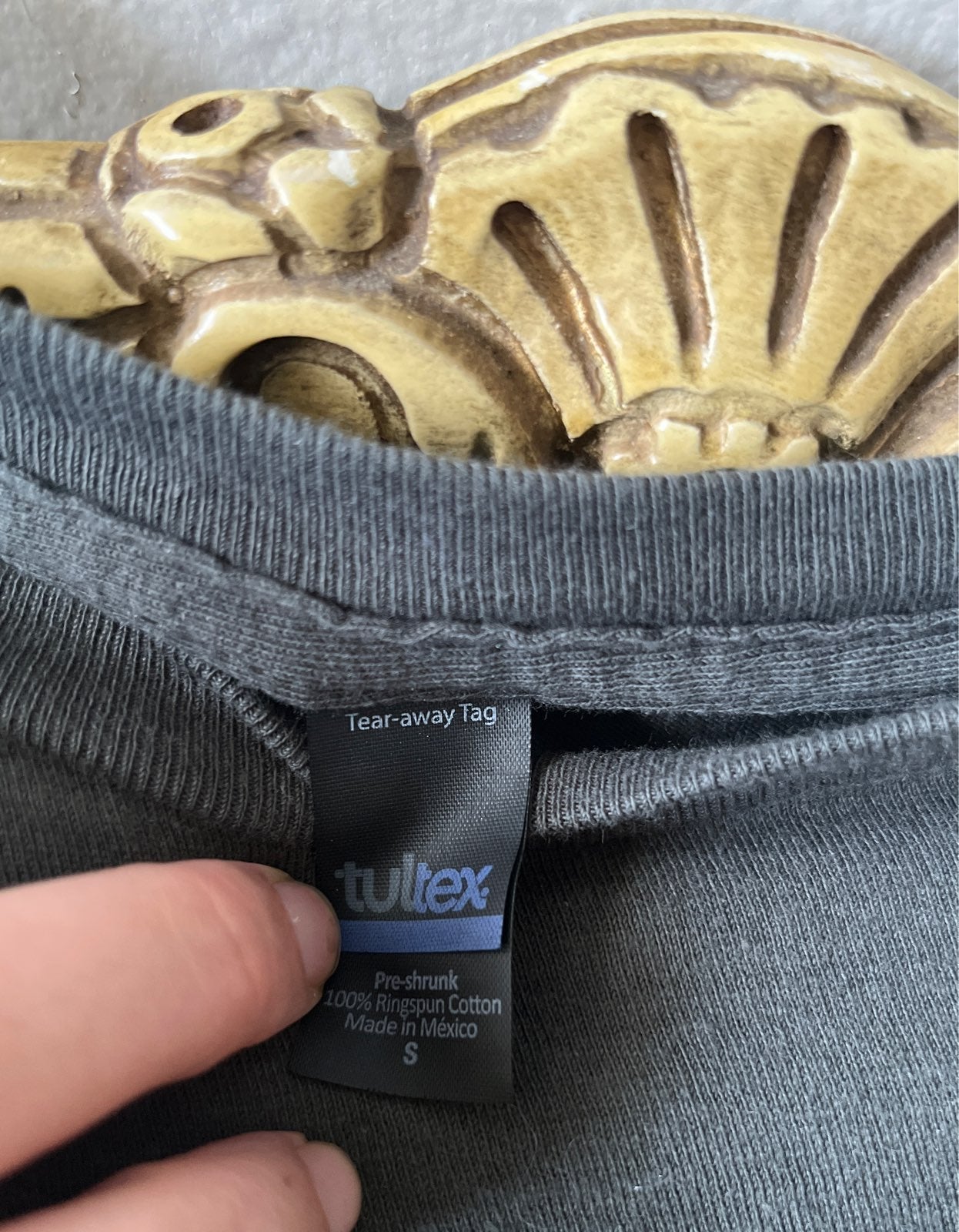 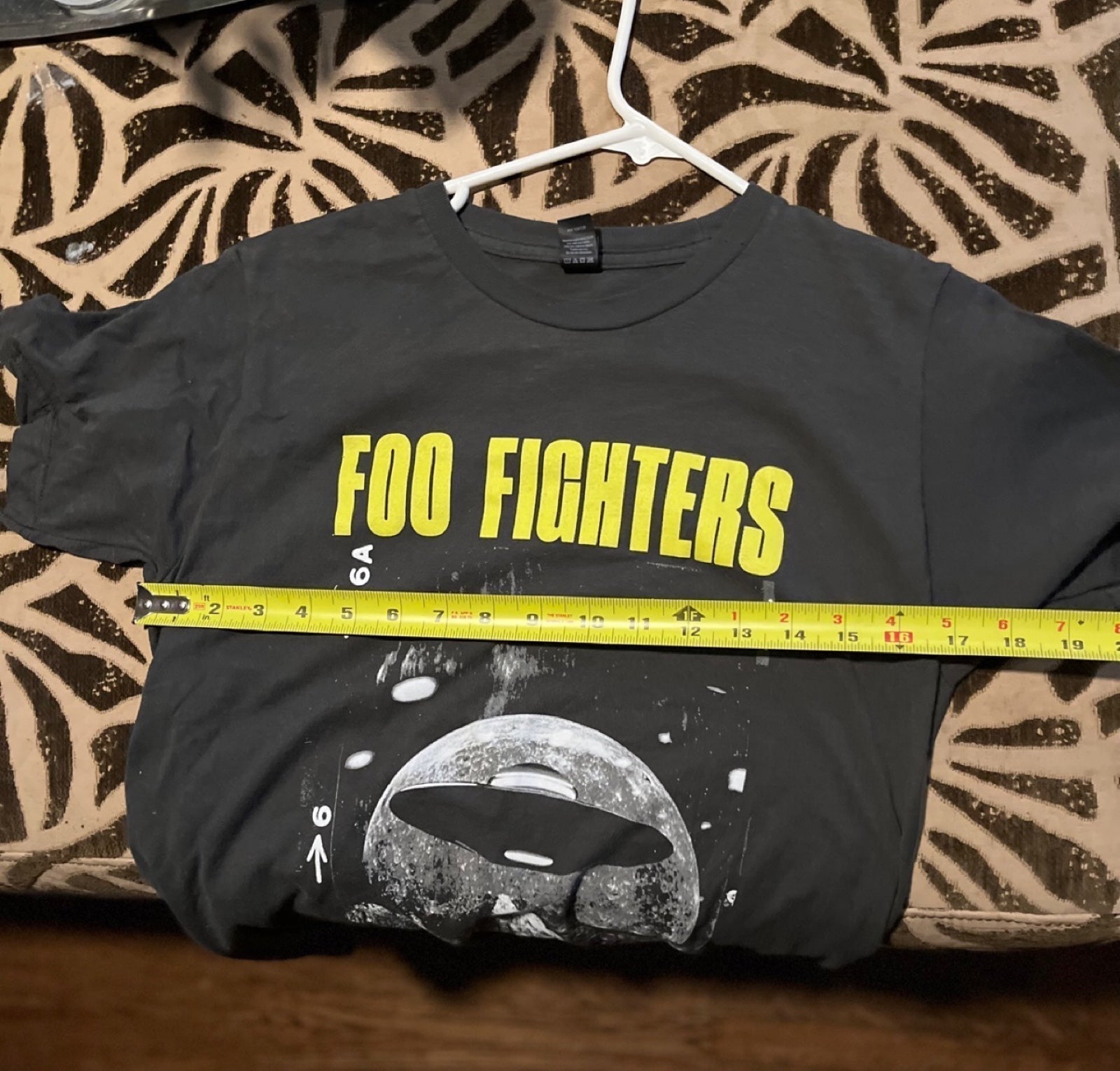 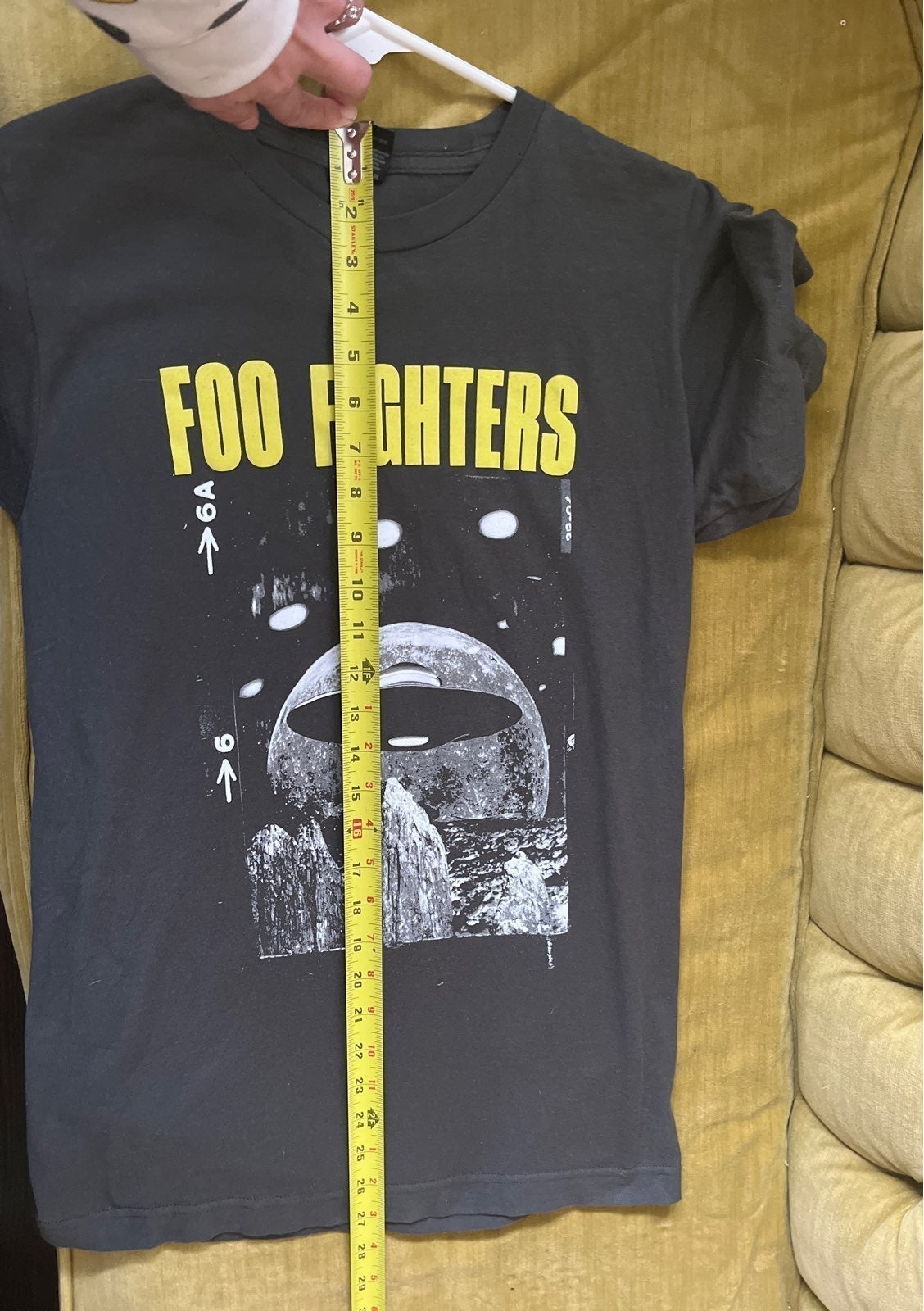 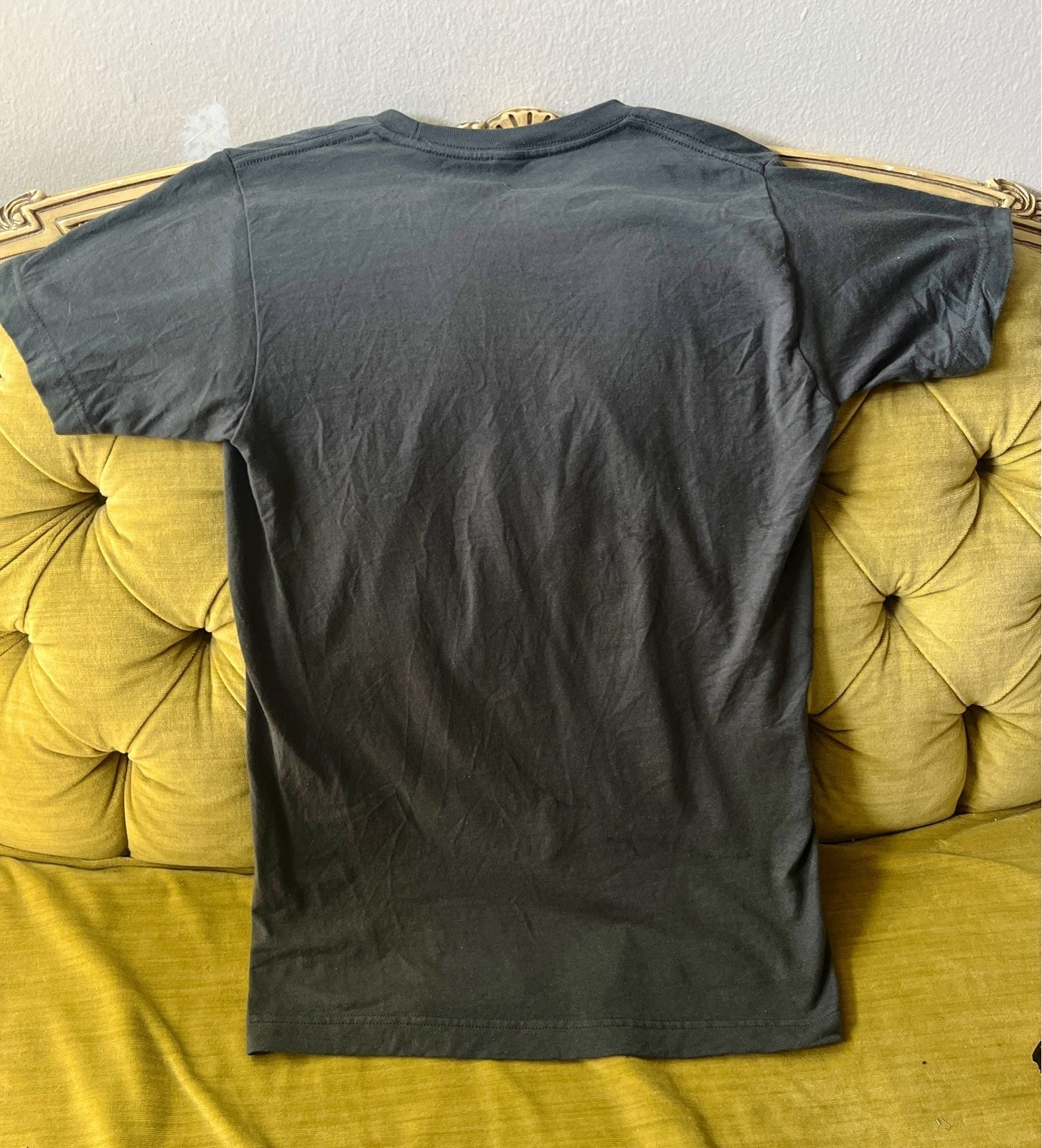 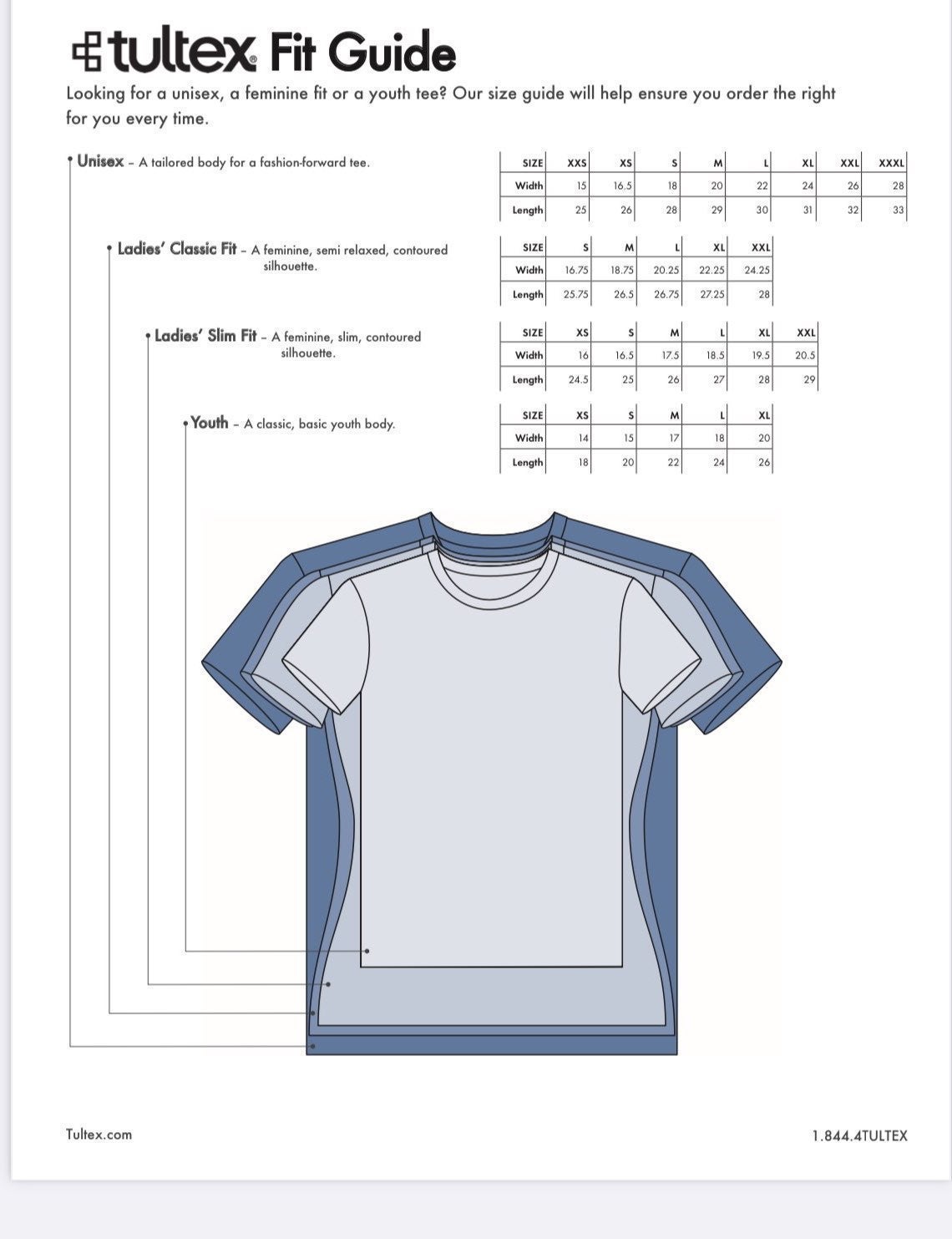 Super Rare and Hard to Find!!!!Foo Fighters Sonic Highways T-shirt, commemorating Studio 6A live recording of album. For this album,the Foo Fighters decided to record each song in 8 different cities. The song ‘What Did I Do? / God as My Witness’ was recorded at KLRU-TV Studio 6A, aka Austin City Limits, at the University of Texas at Austin during a live 2014 recording session. You will see on the T-shirt that “6A” is printed on the top left of the shirt,commemorating the live recording session in March 2014.** Shirt also features printed Foo Fighters band name and flying saucer print. Shirt is in very good used vintage condition. 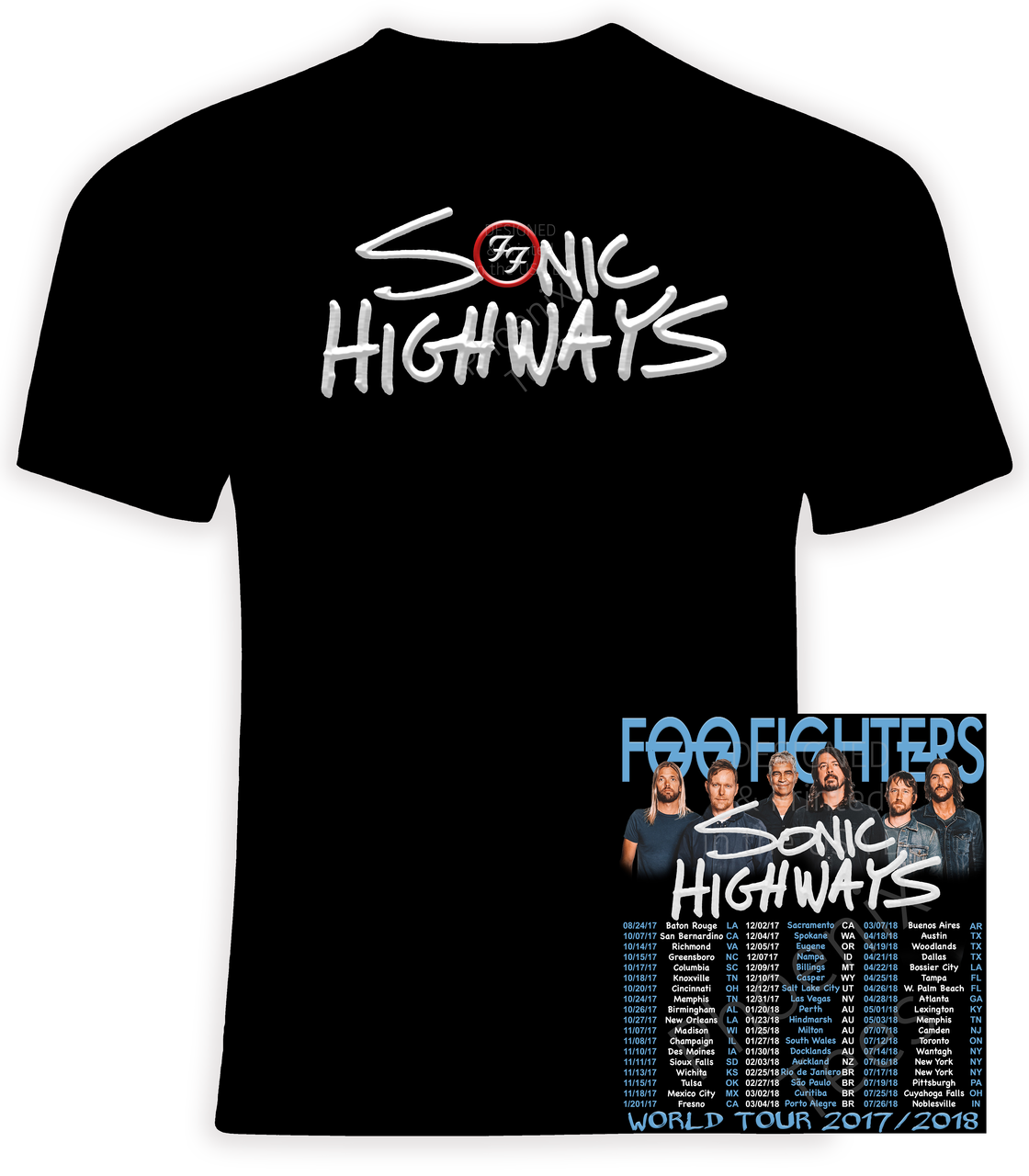 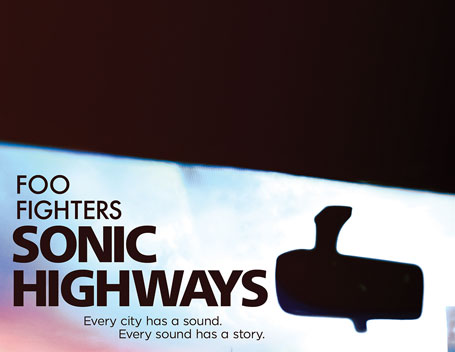 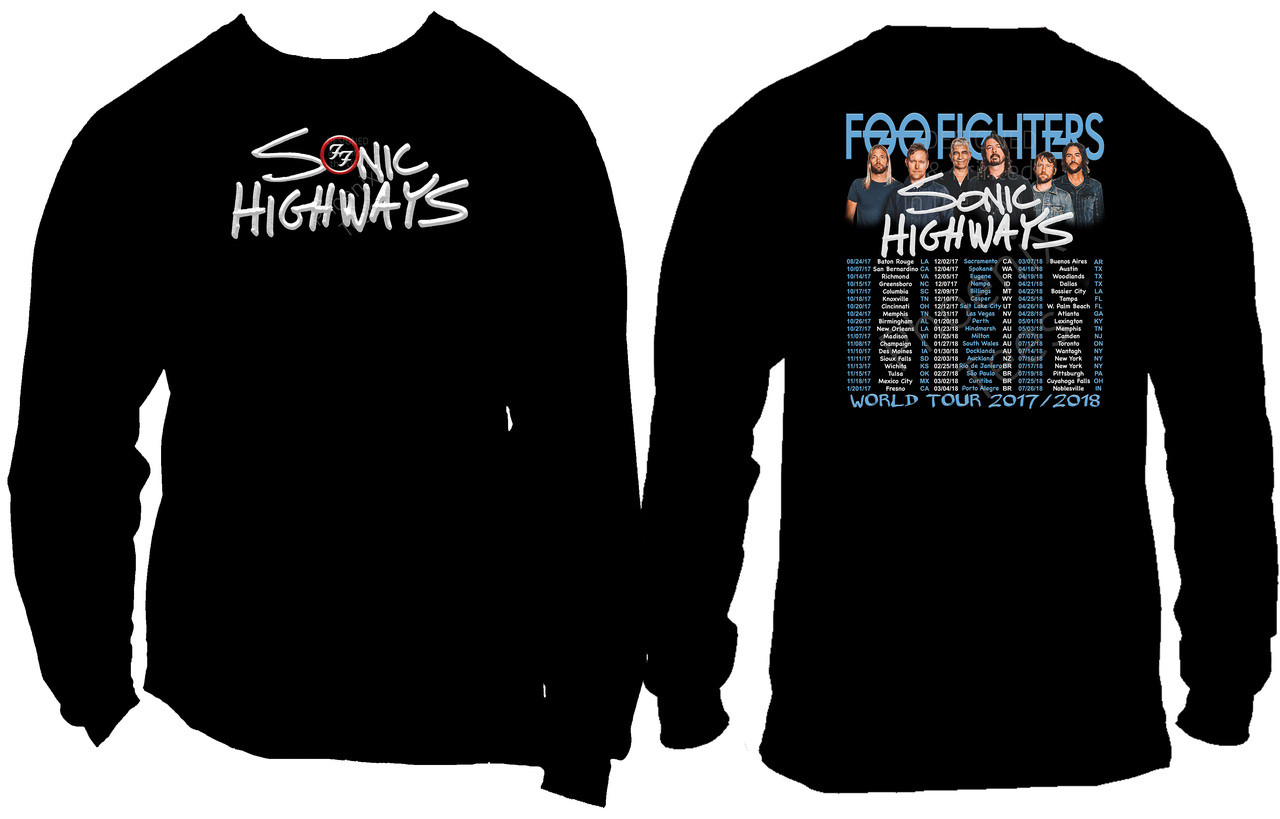 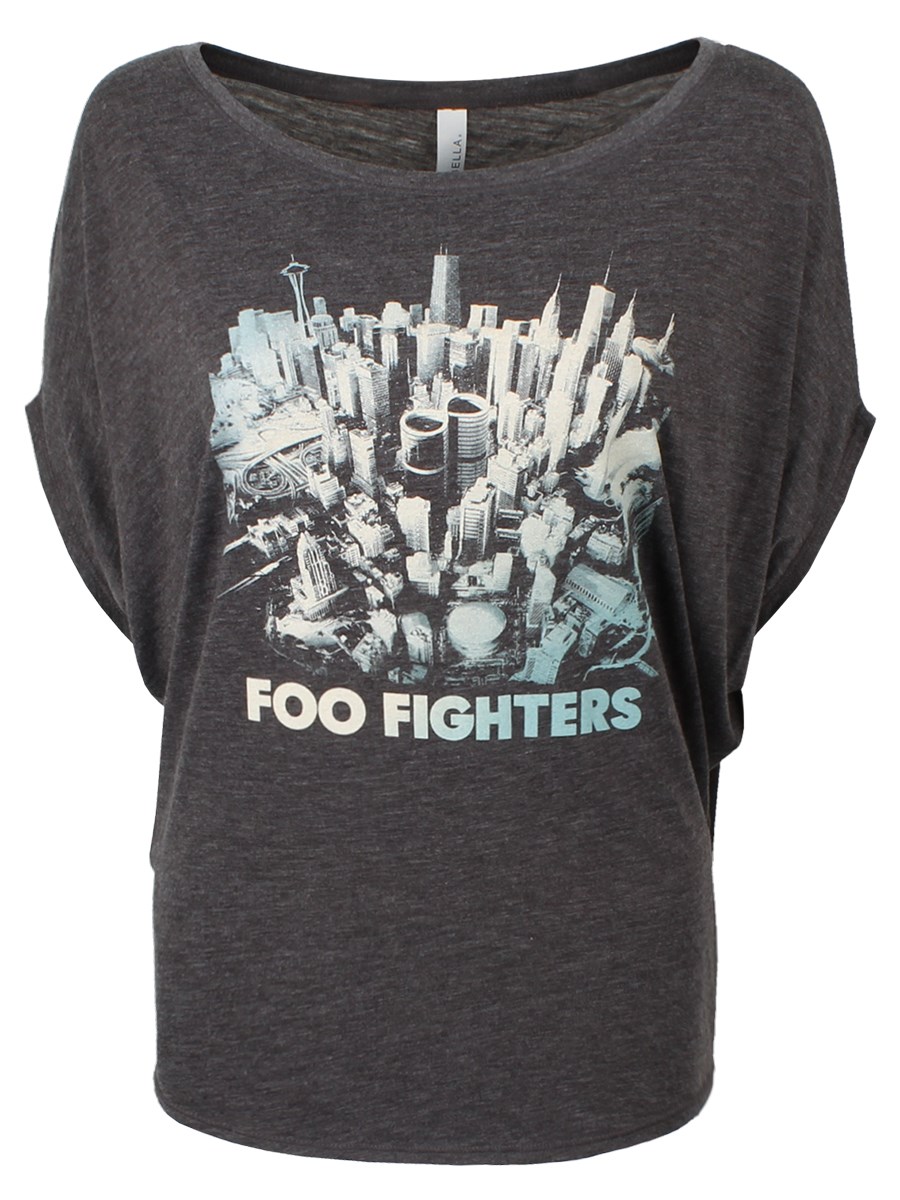 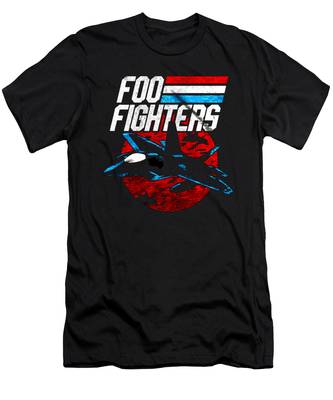 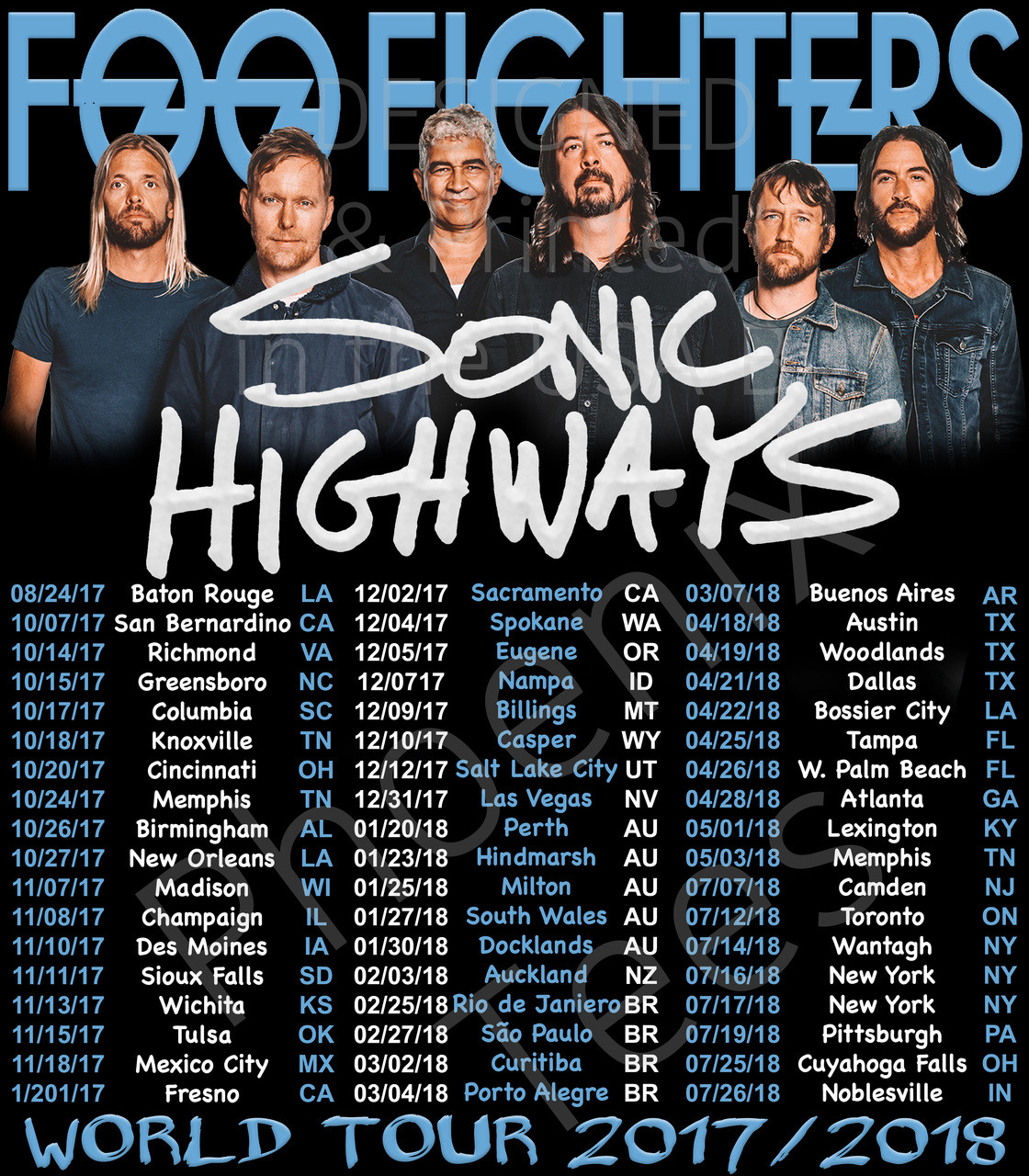 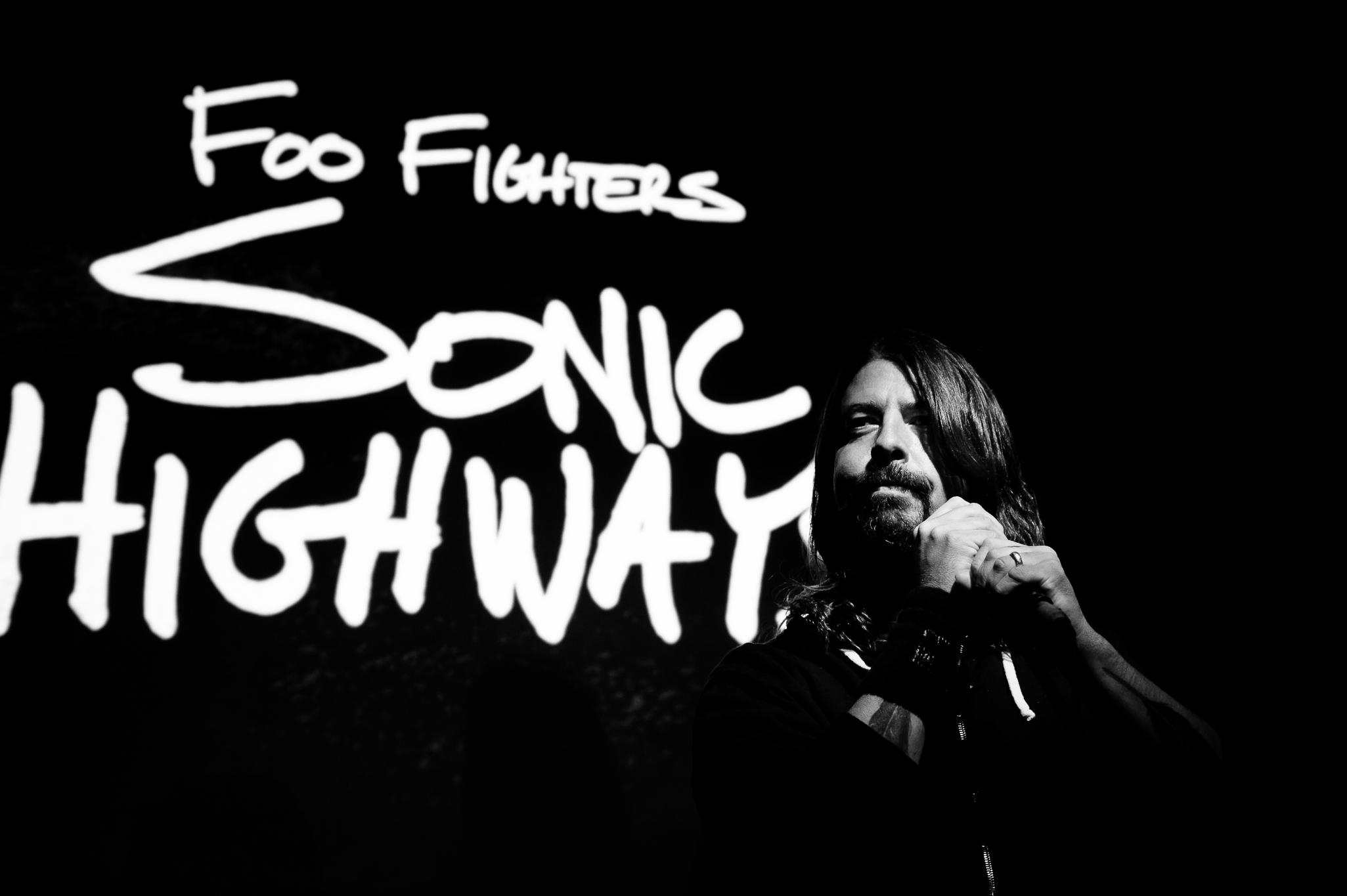 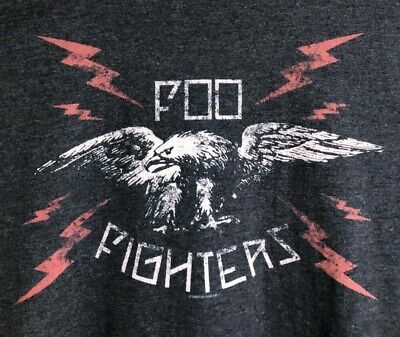 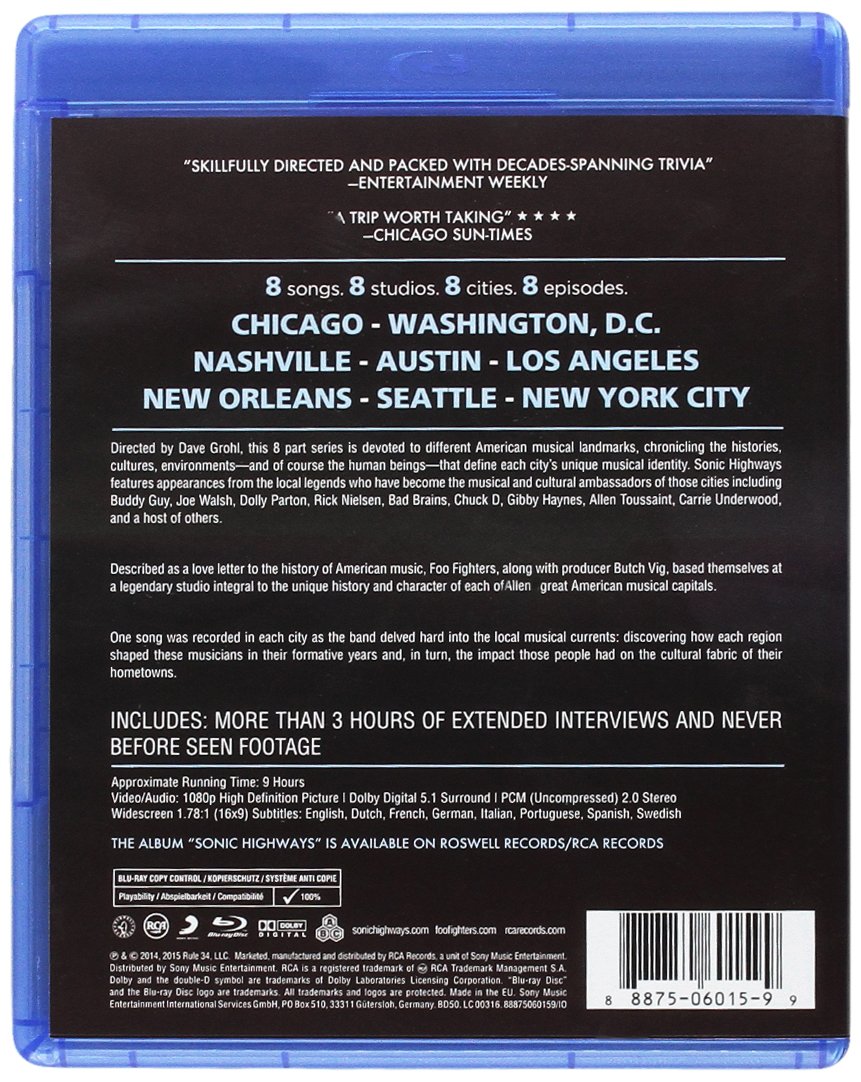 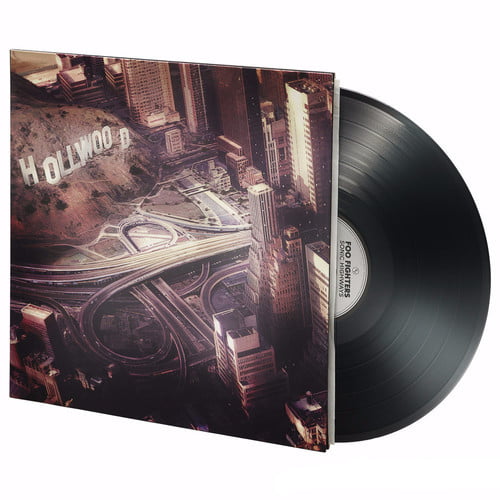 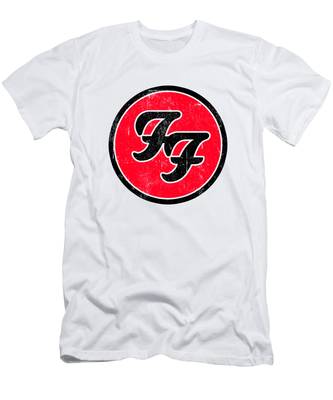 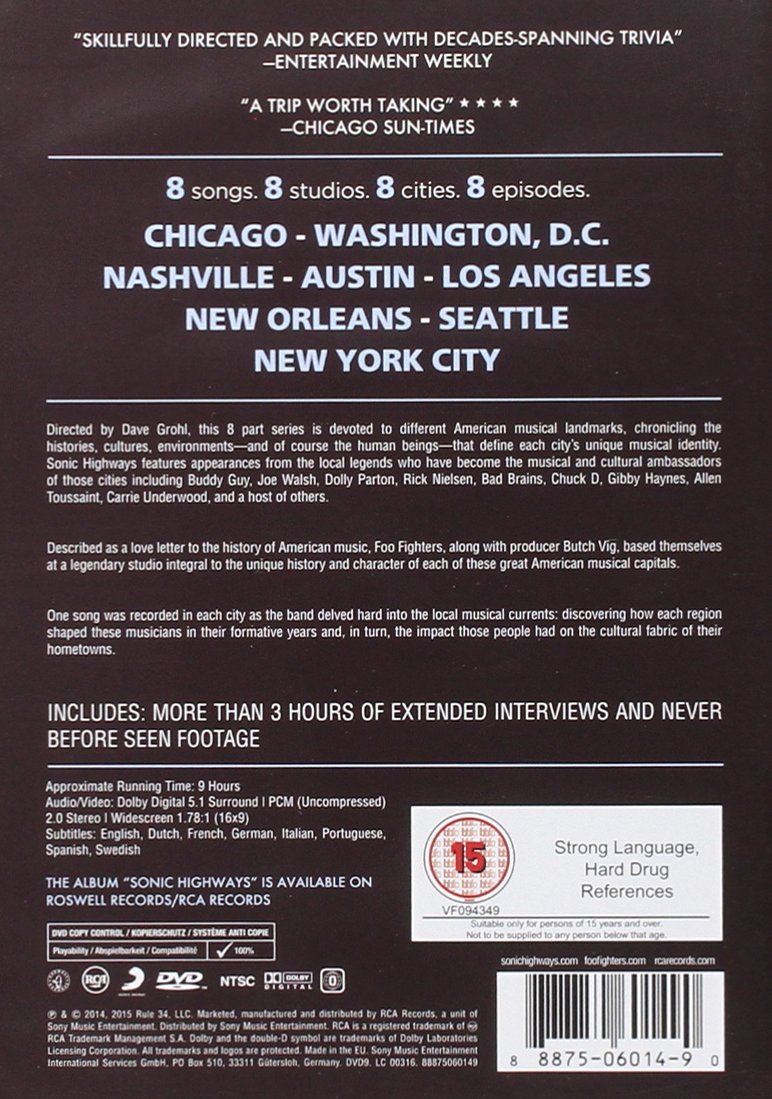 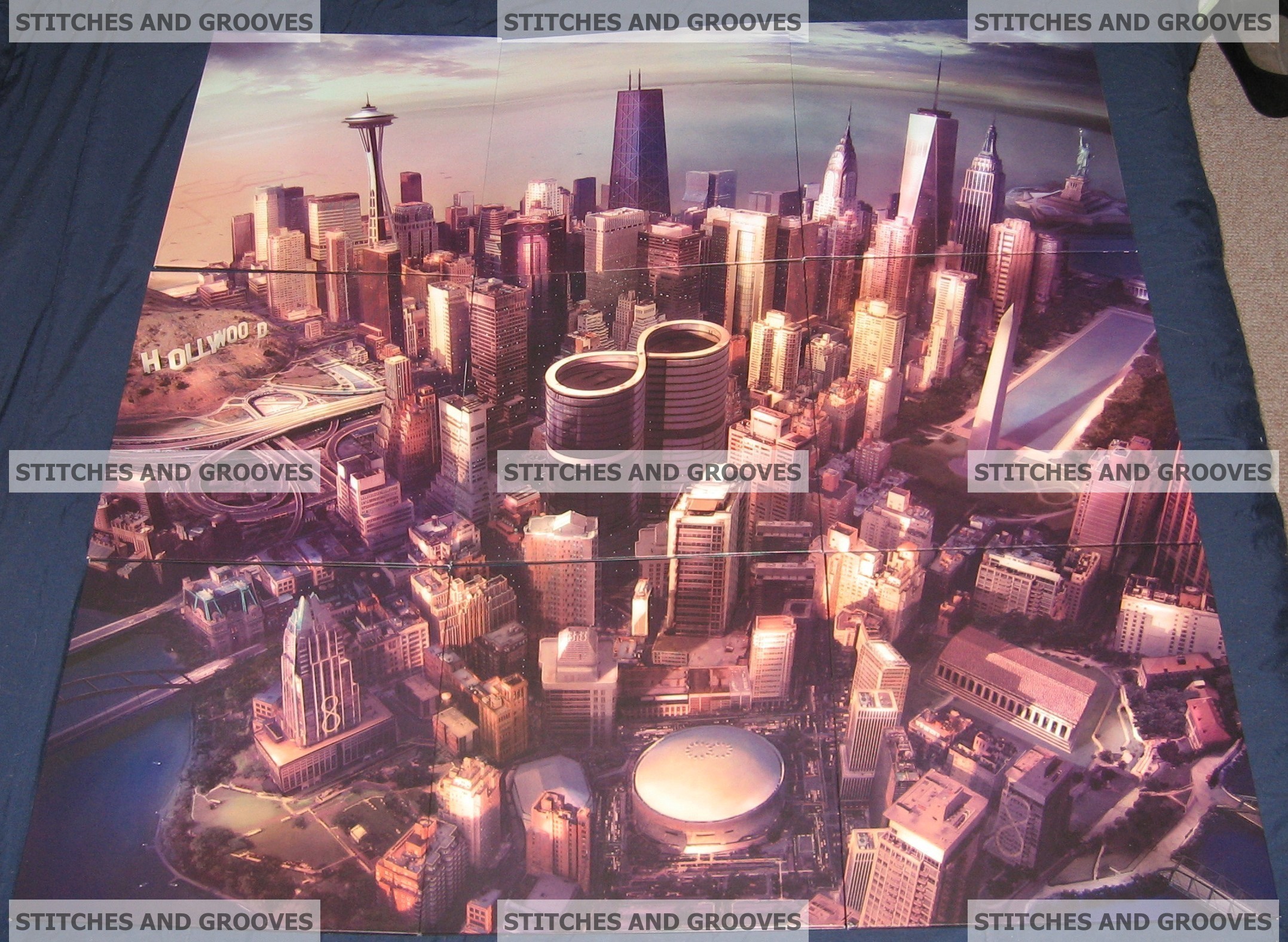 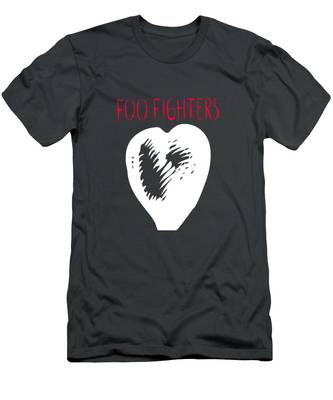