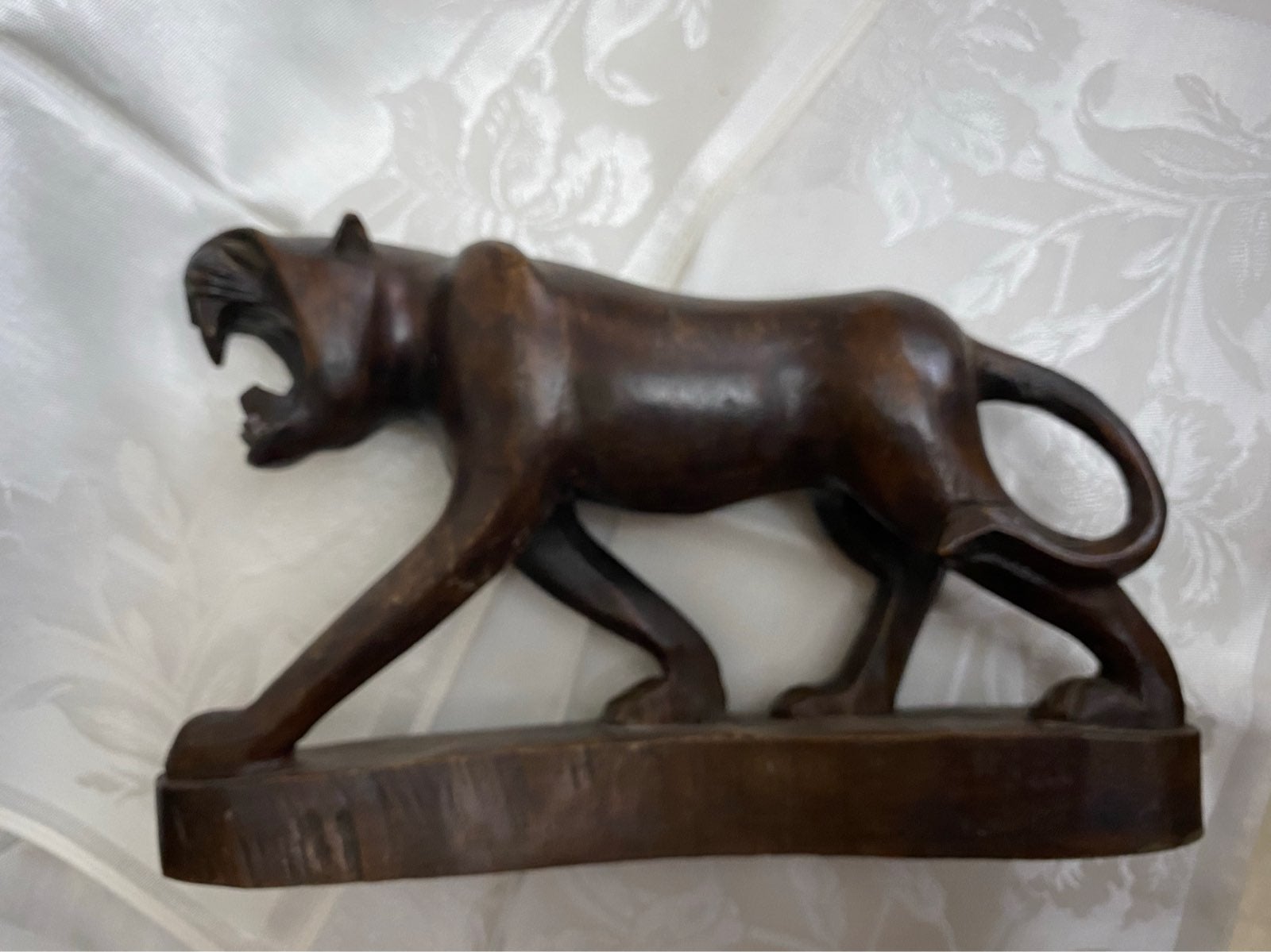 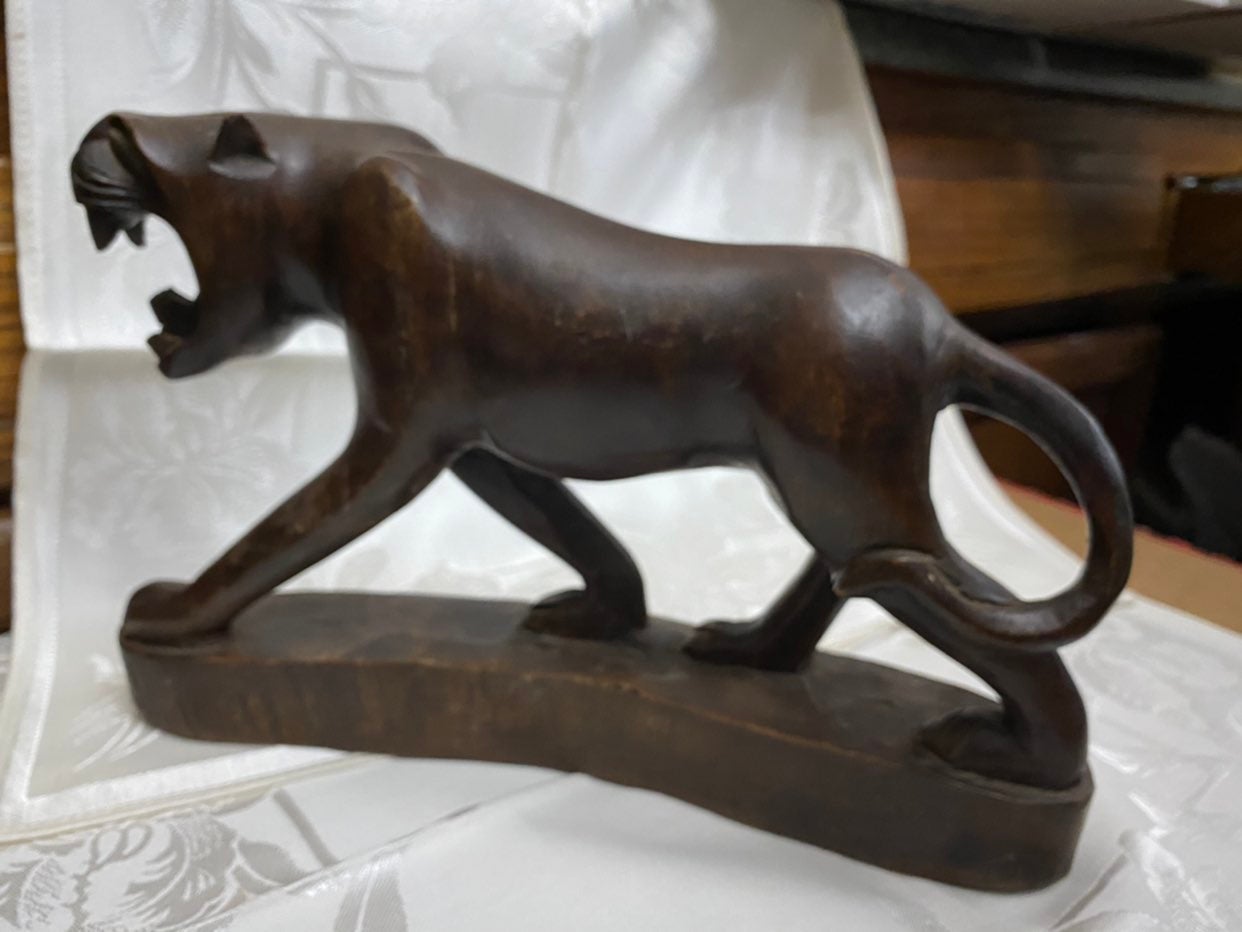 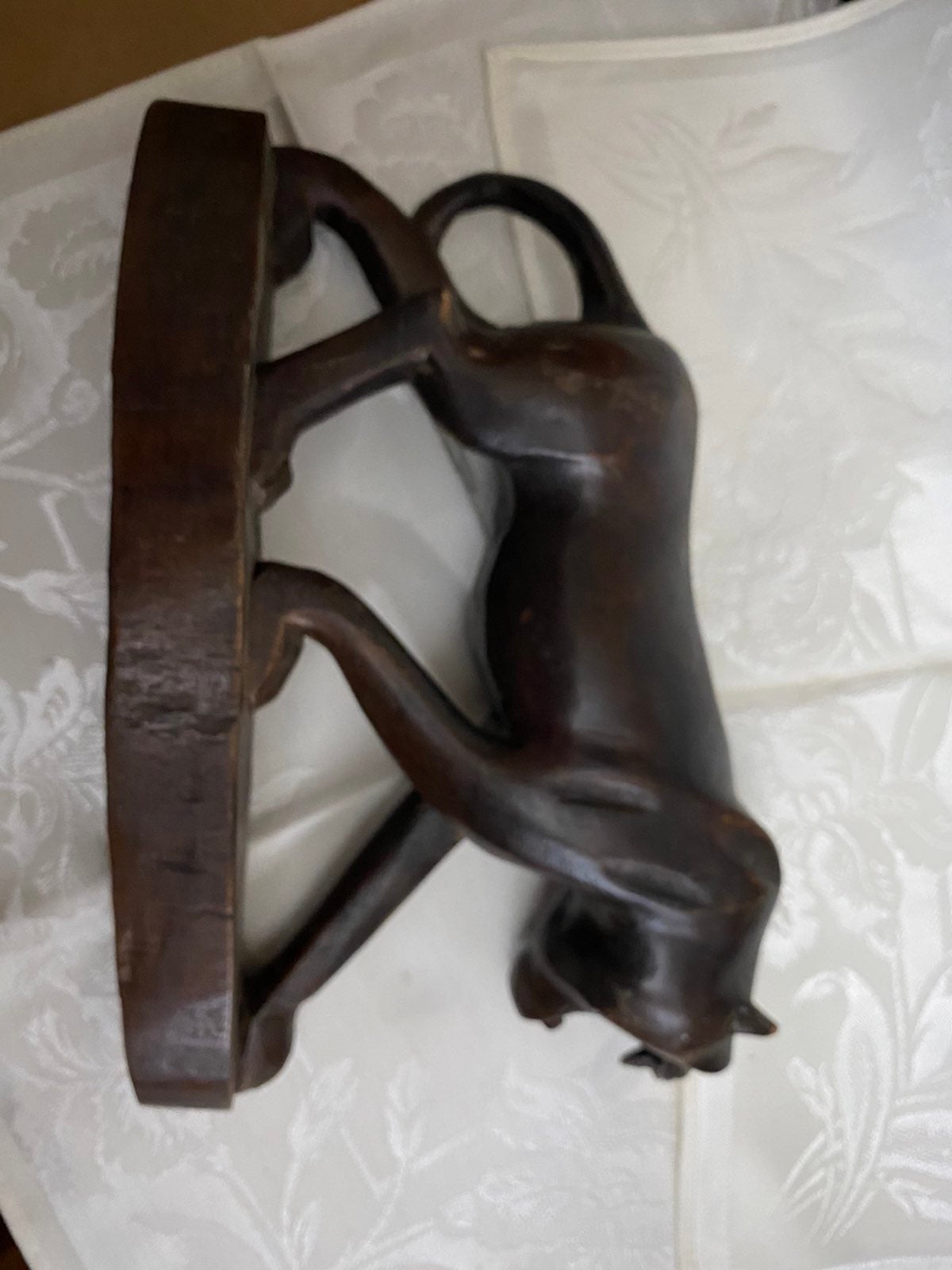 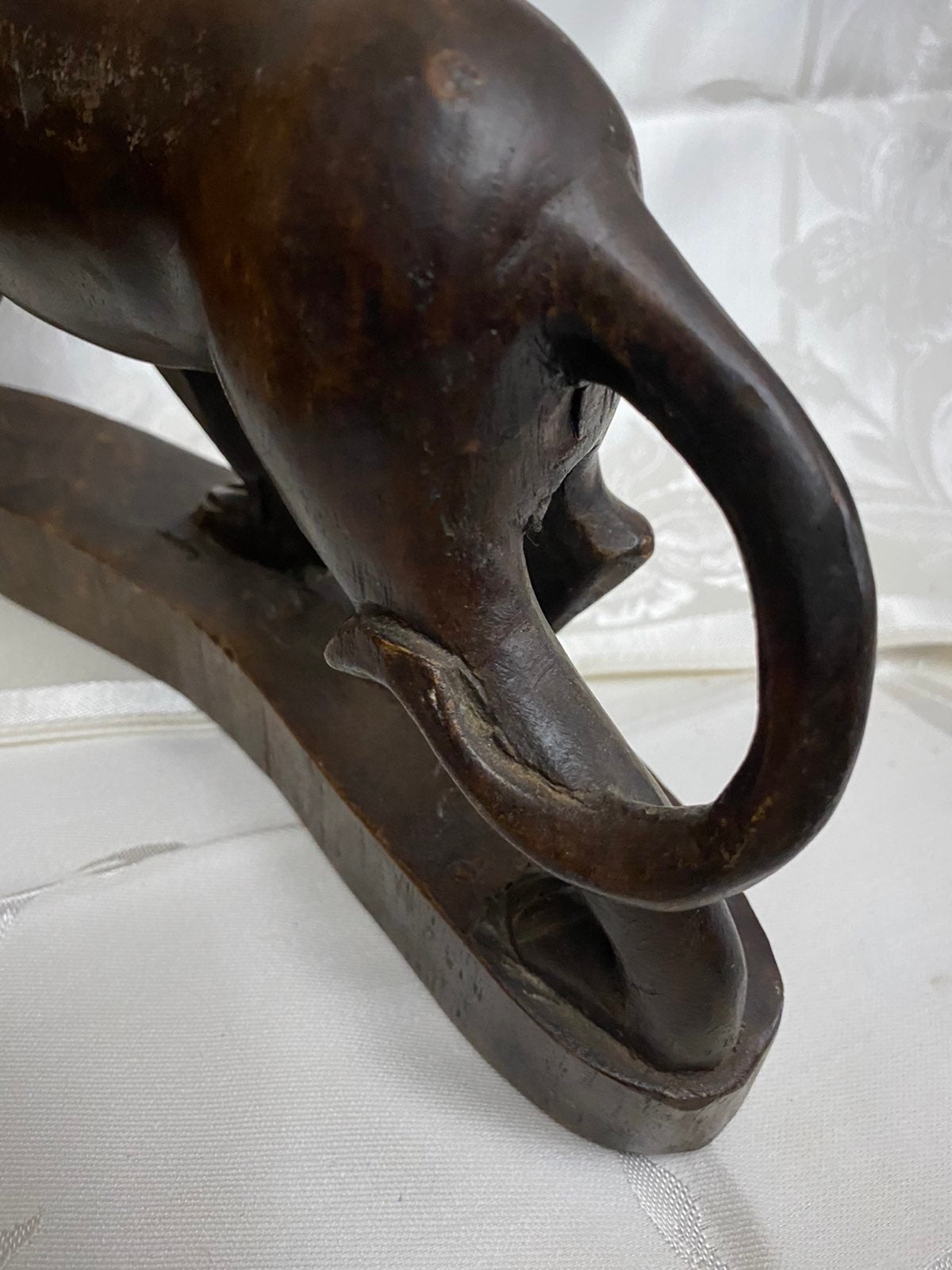 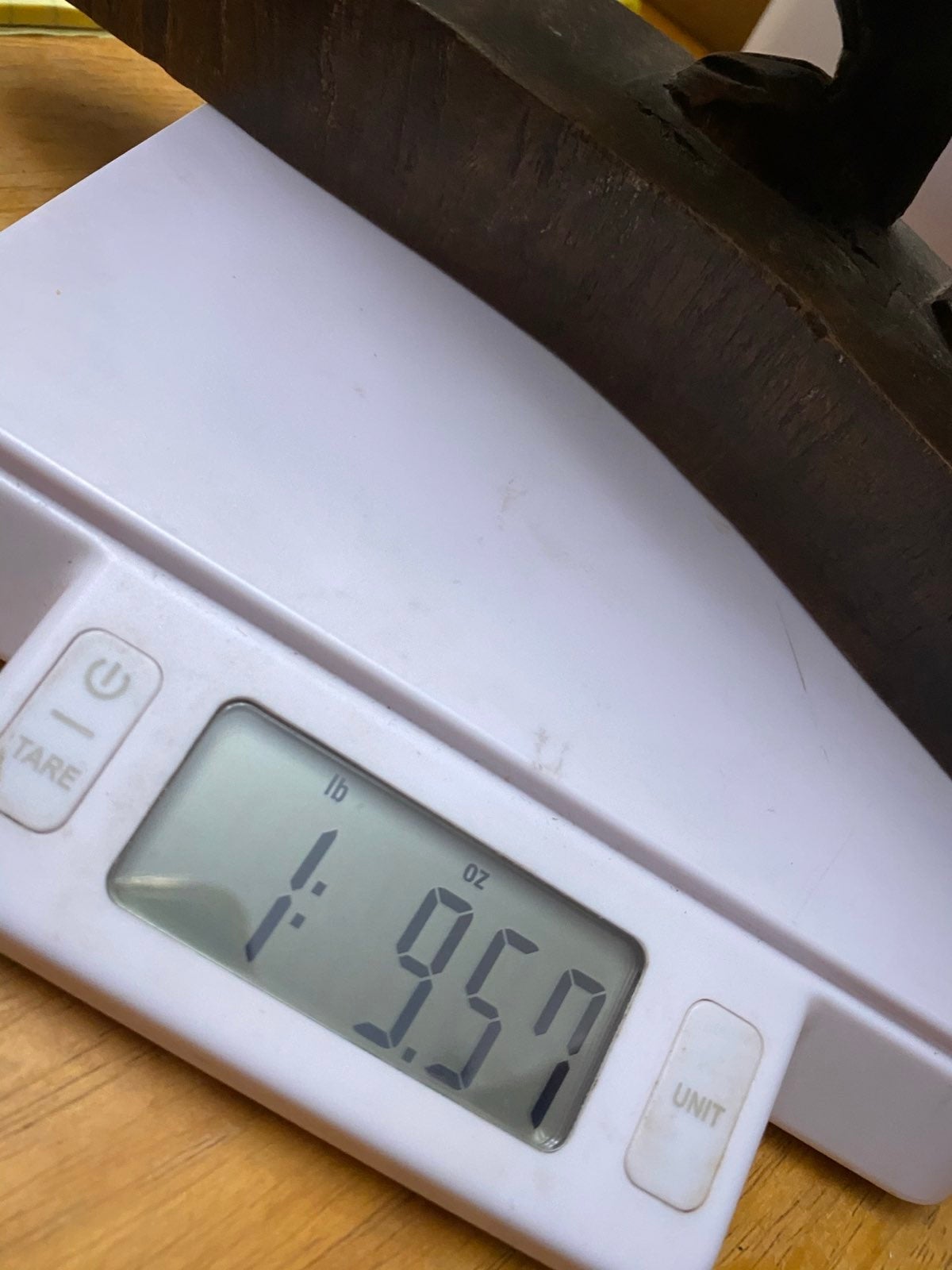 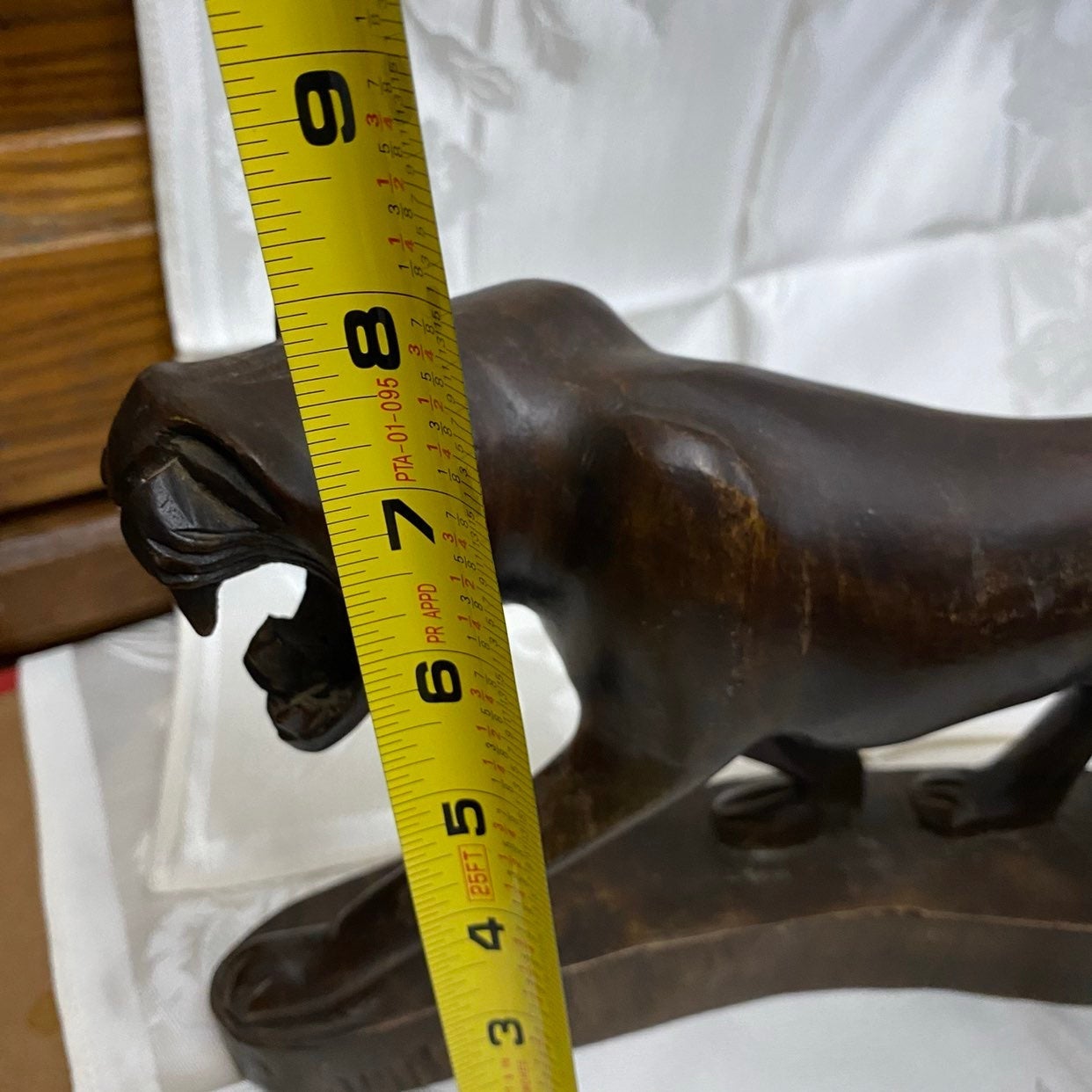 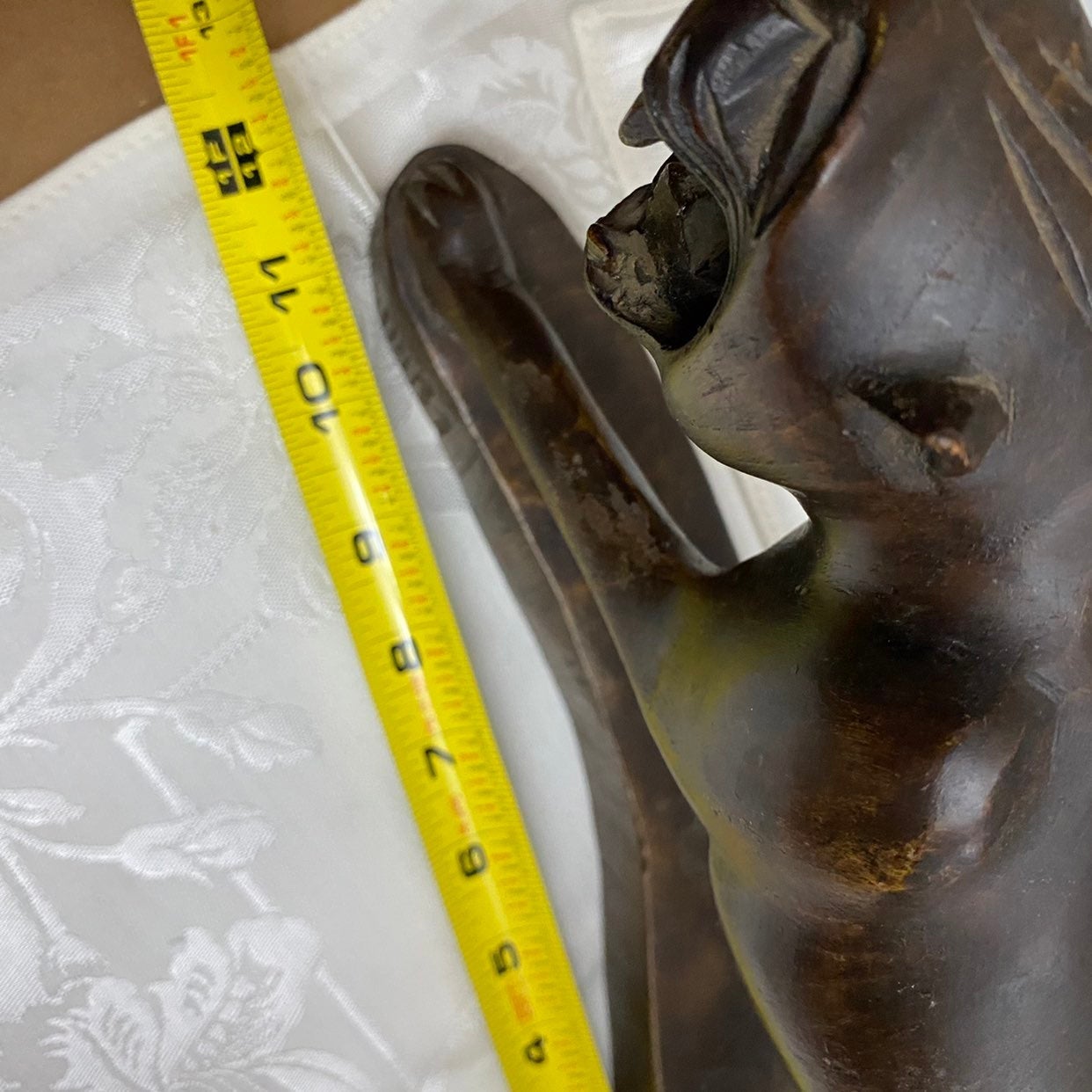 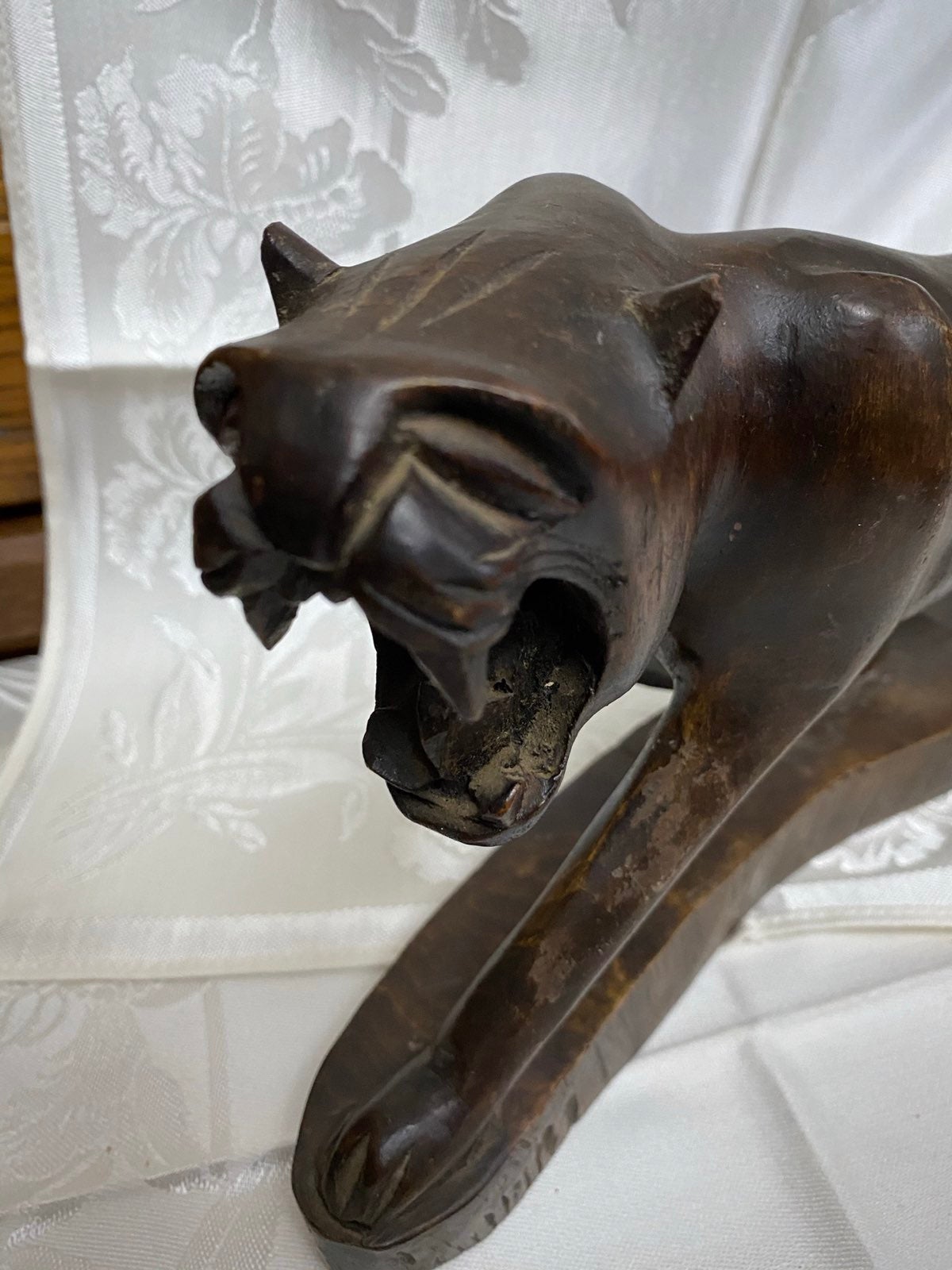 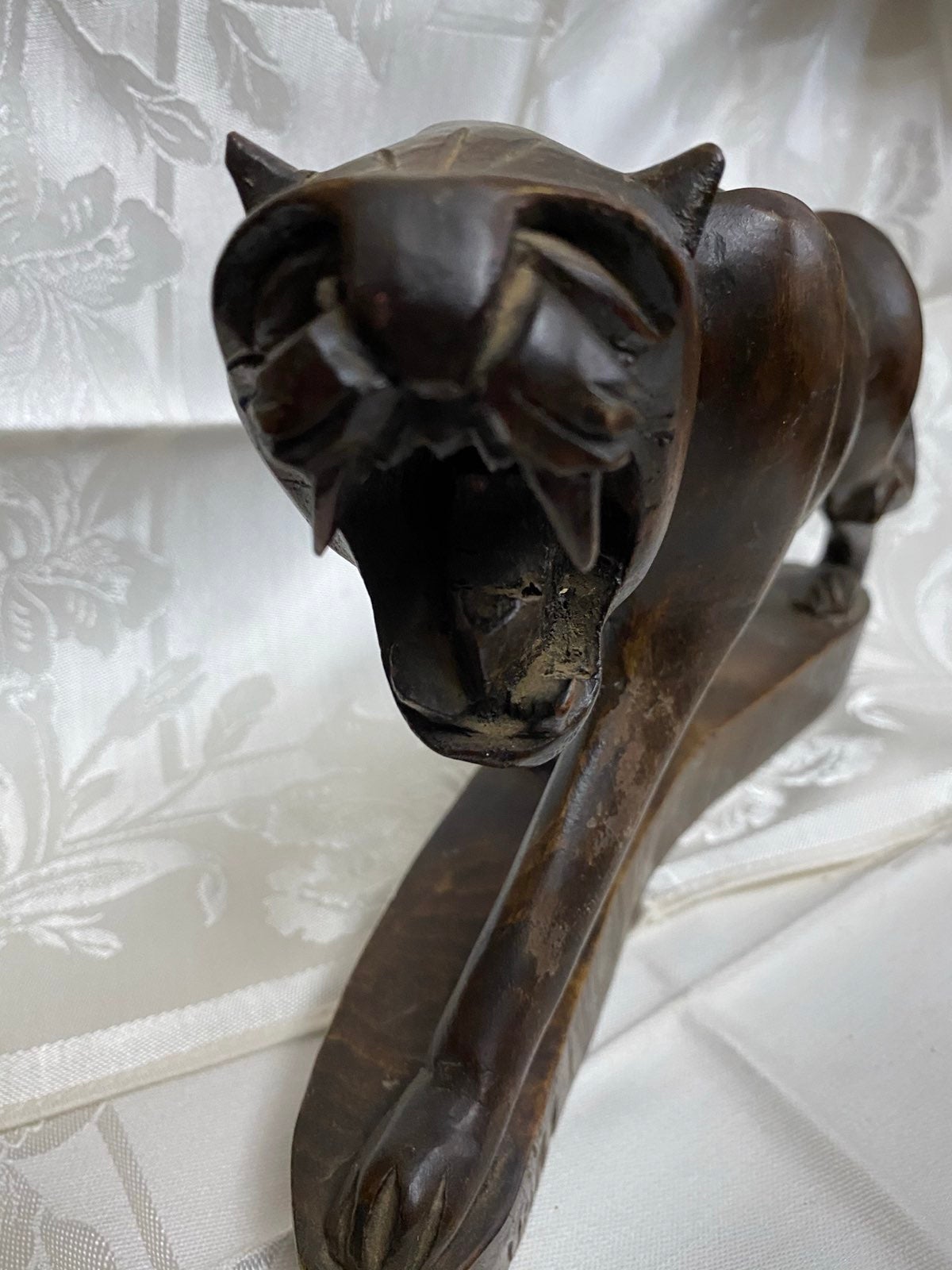 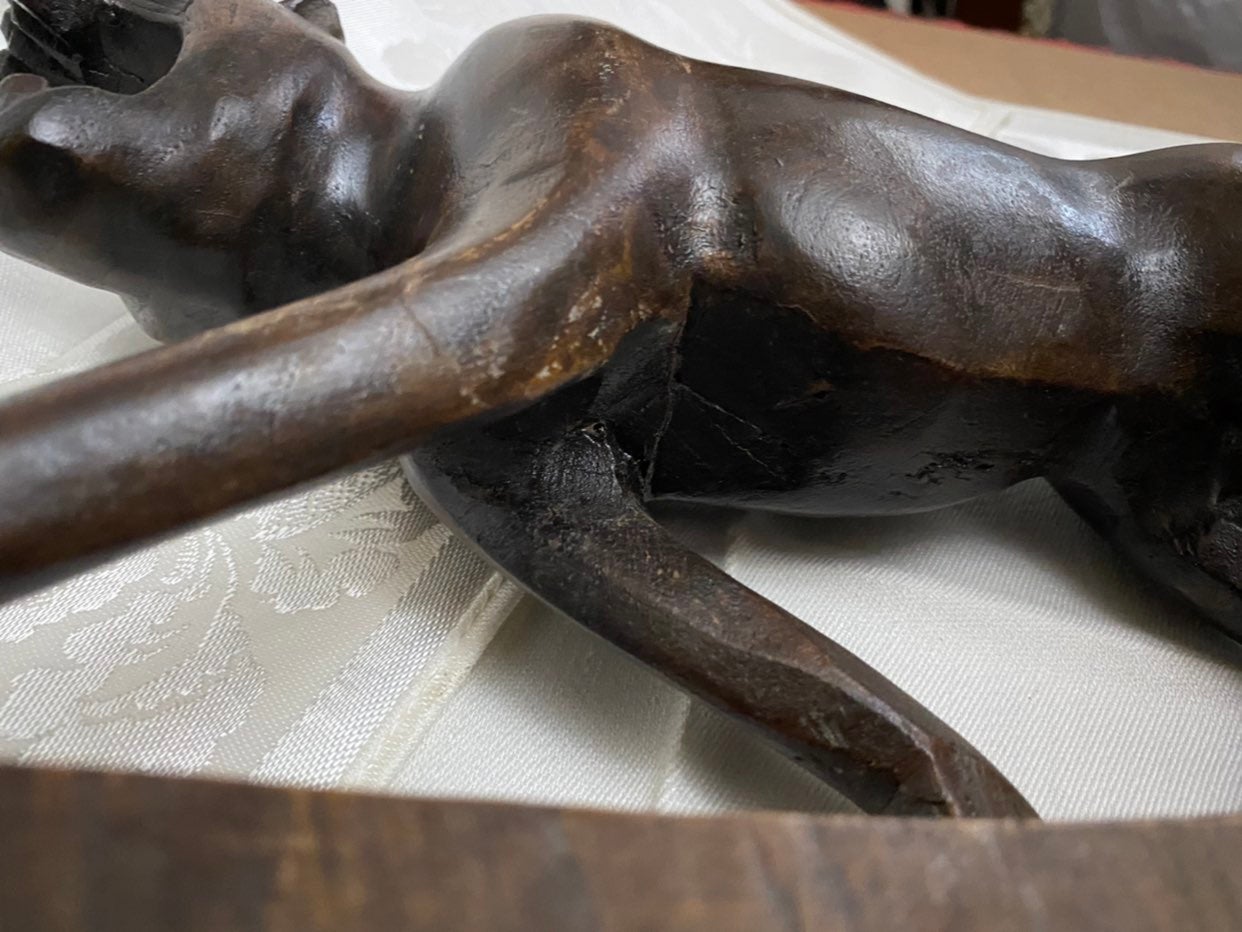 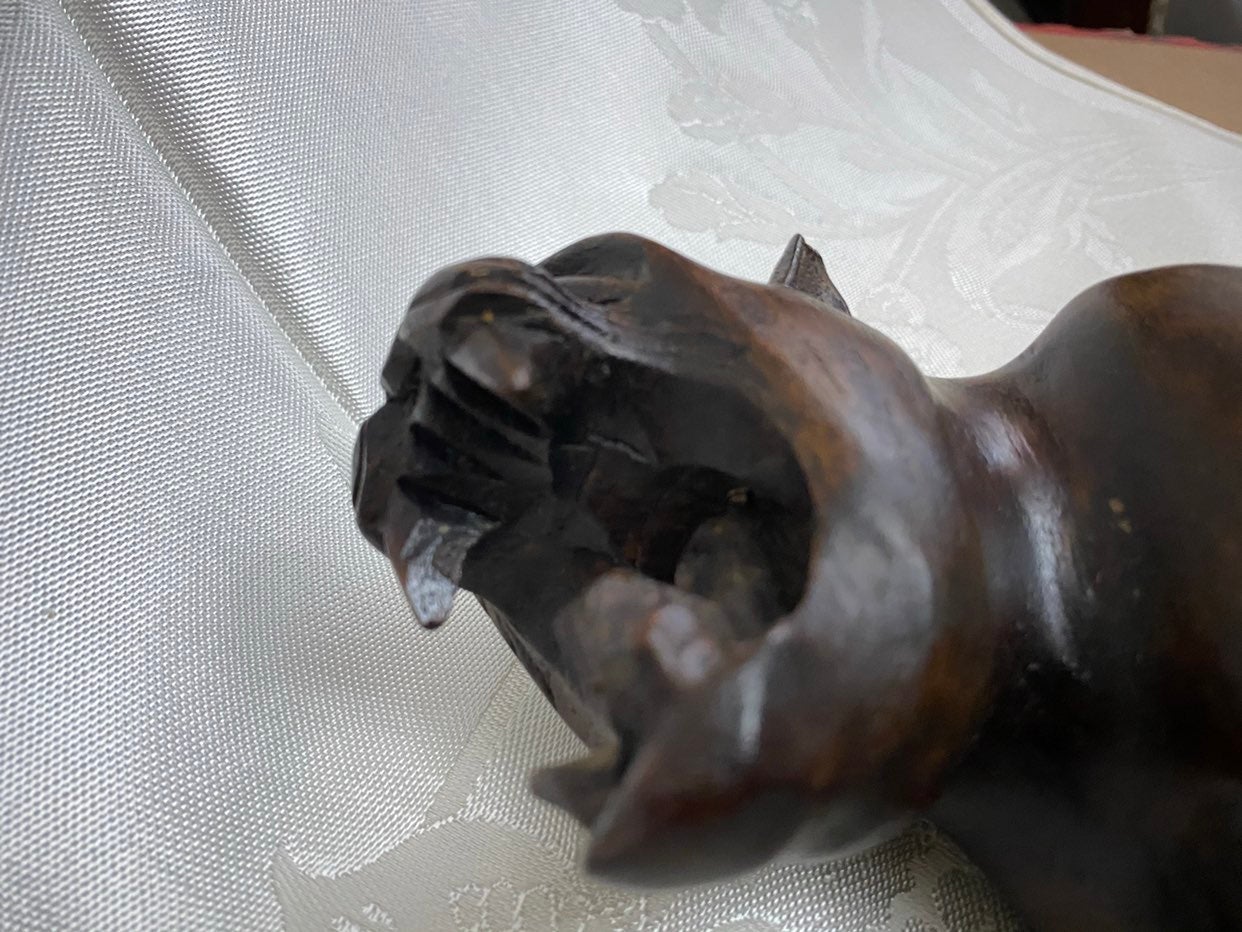 MCM Art Sculpture of Panther Prowling Hand Carved Mounted Wood 10.75" Long Vtg He is magnificent & ferocious. He’s not perfect. He’s got some dings and scratches. He looks like he’s been in a fight a real scrapper here. We call him Mike he’s missing chunks of his ear
So many stories to tell lol. A real show piece
He’s pretty long almost 11 inches. And 8 inches tall. Dark brown wood. Mounted on wood base. He might actually be one carved piece, I’m not certain 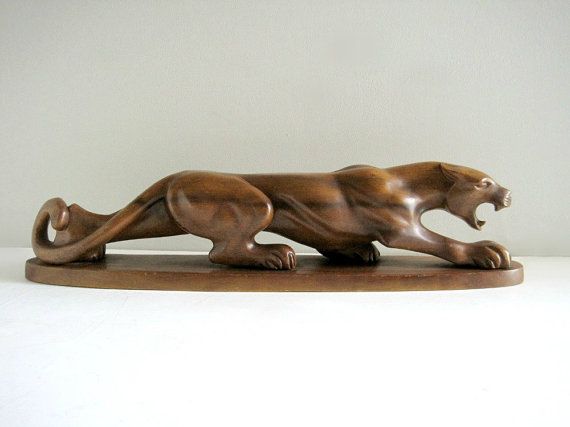 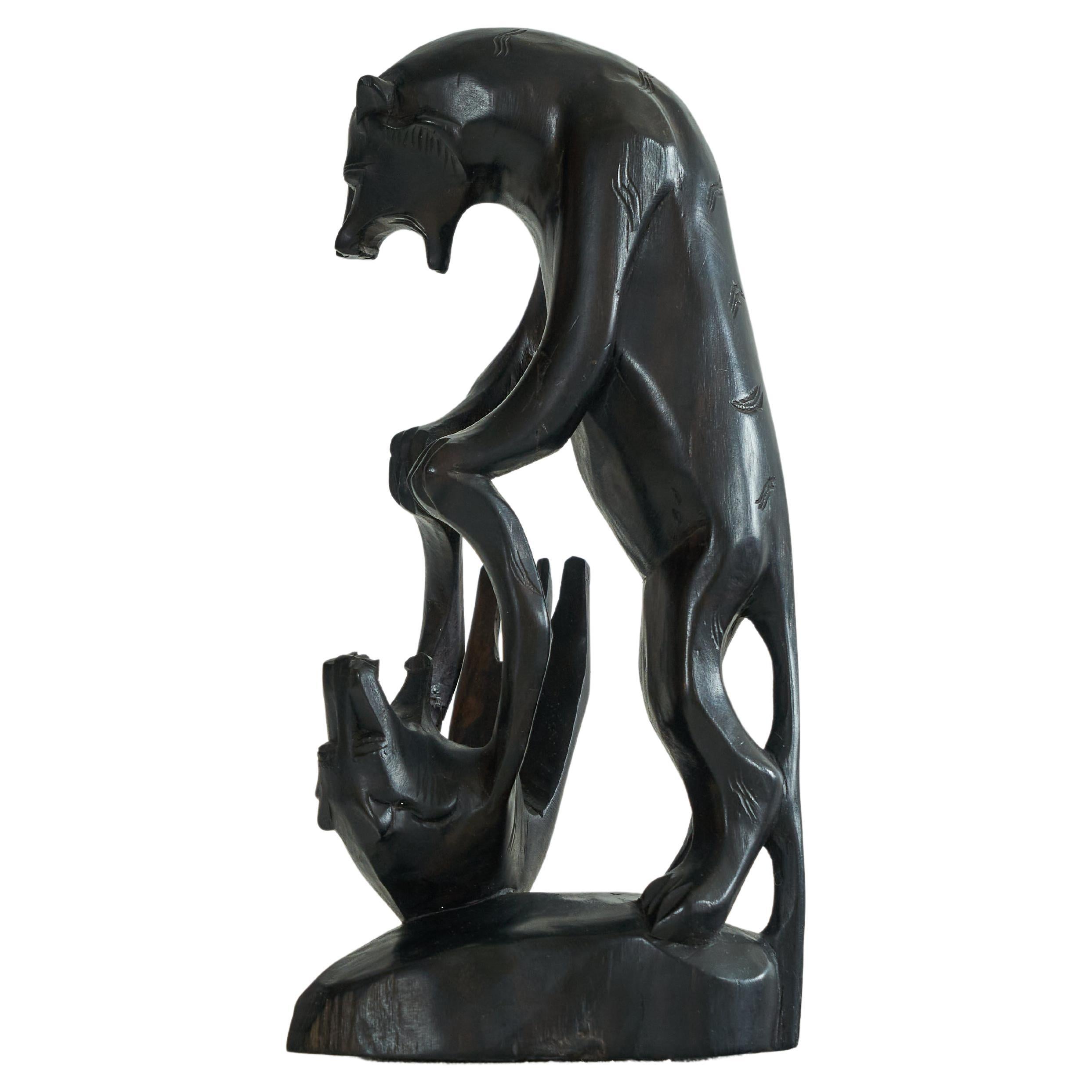 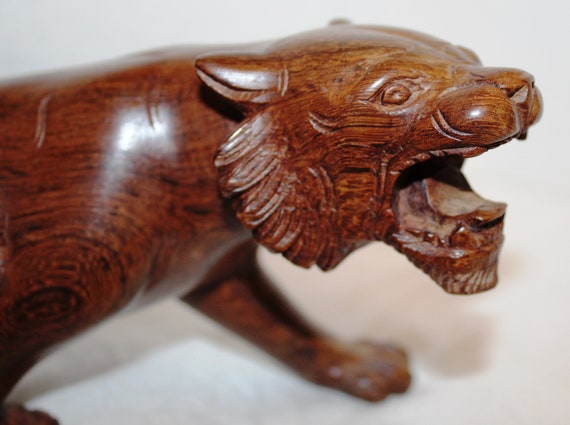 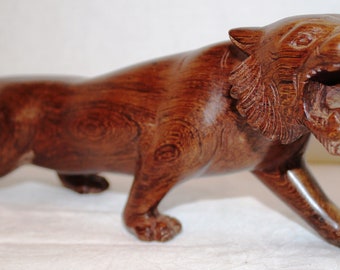 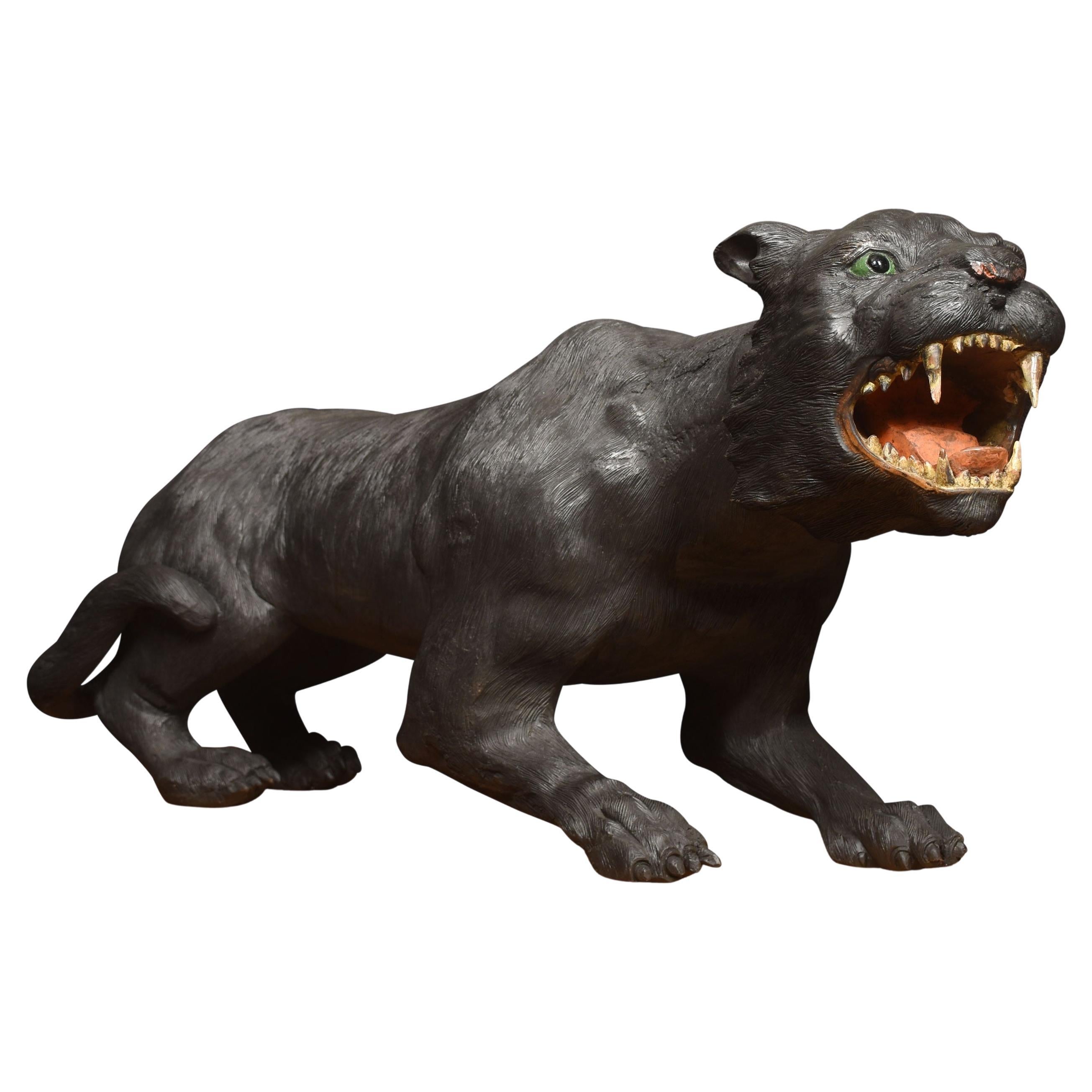 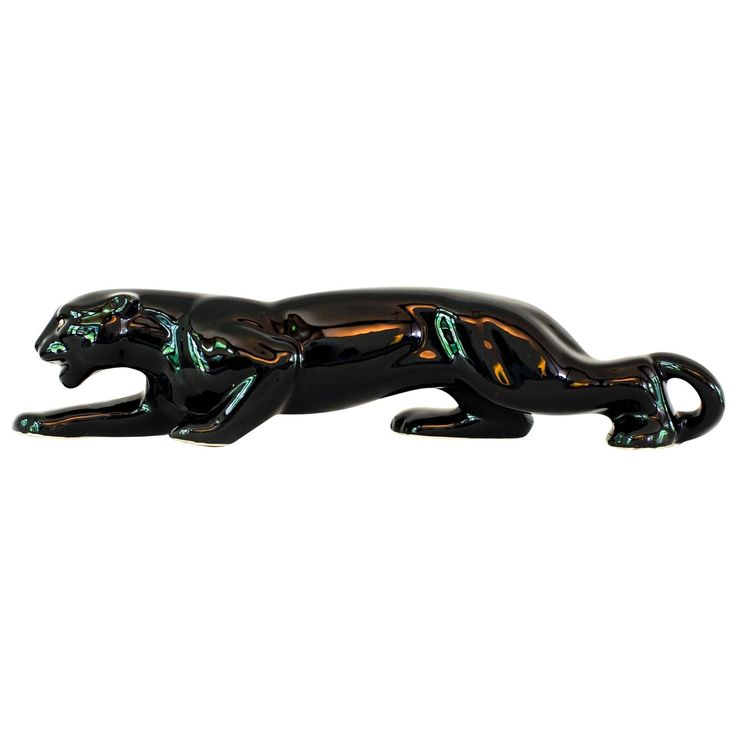 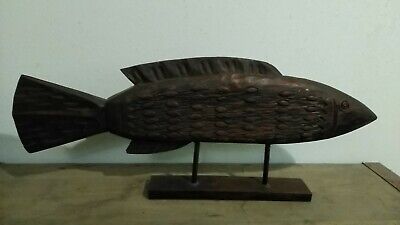 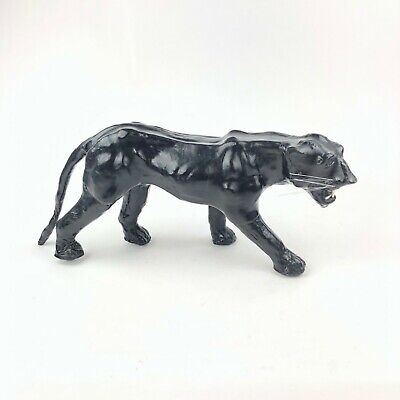 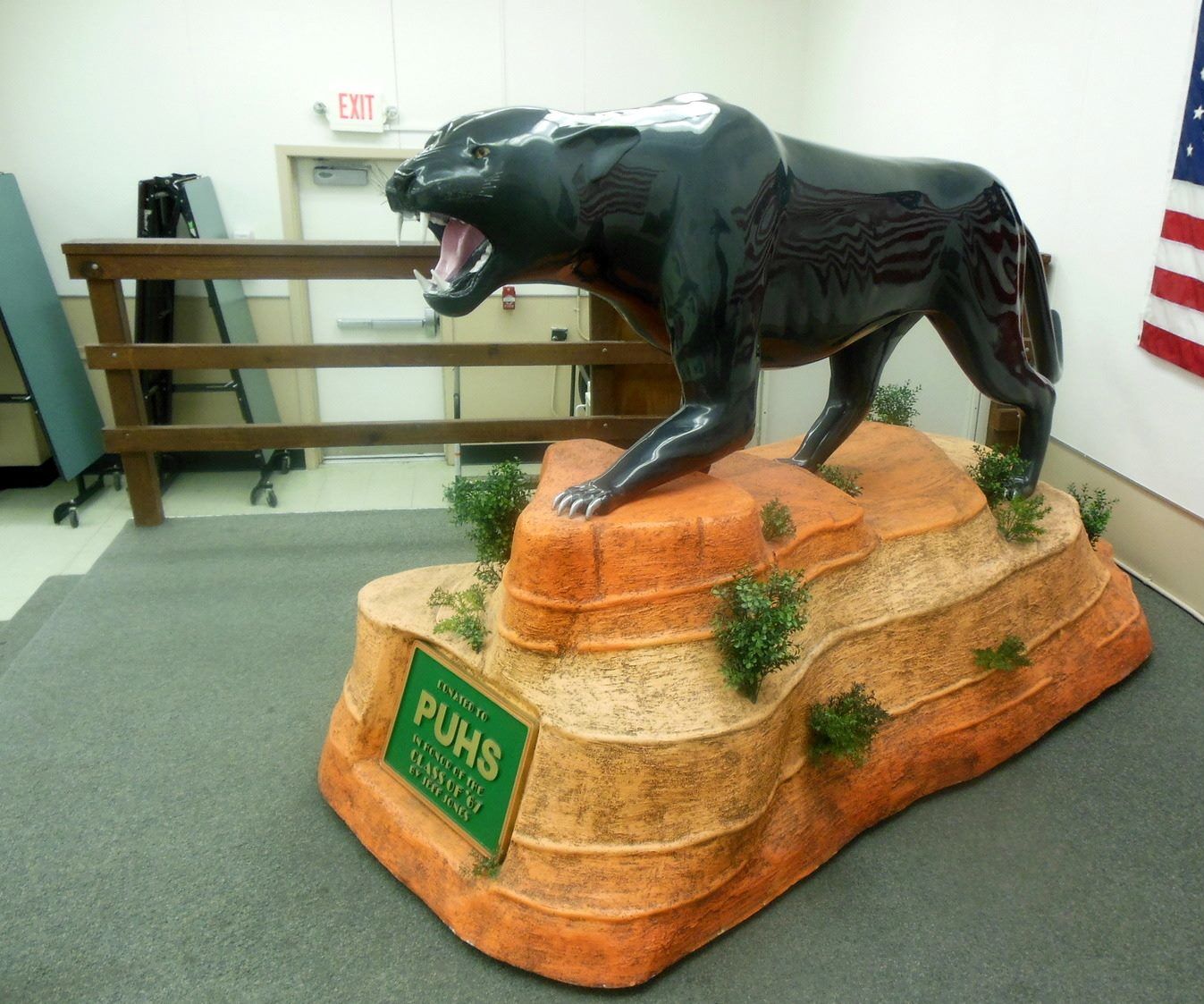 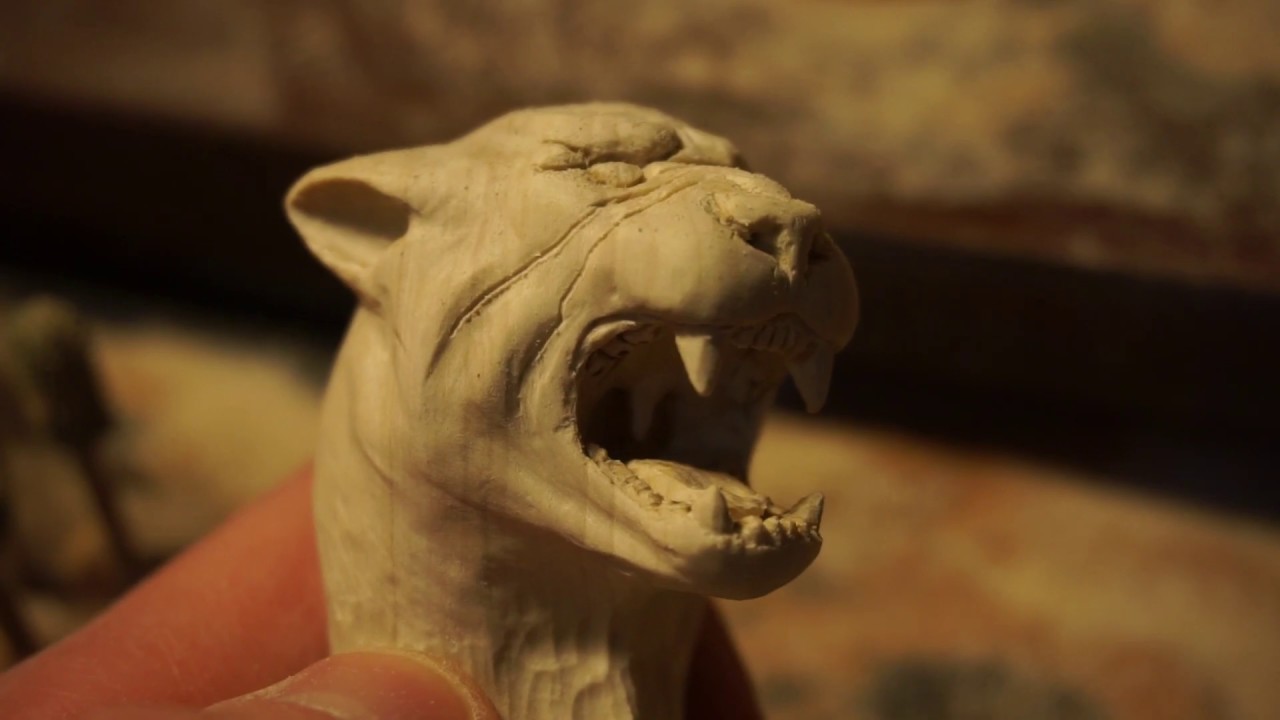 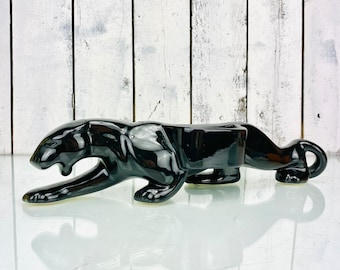 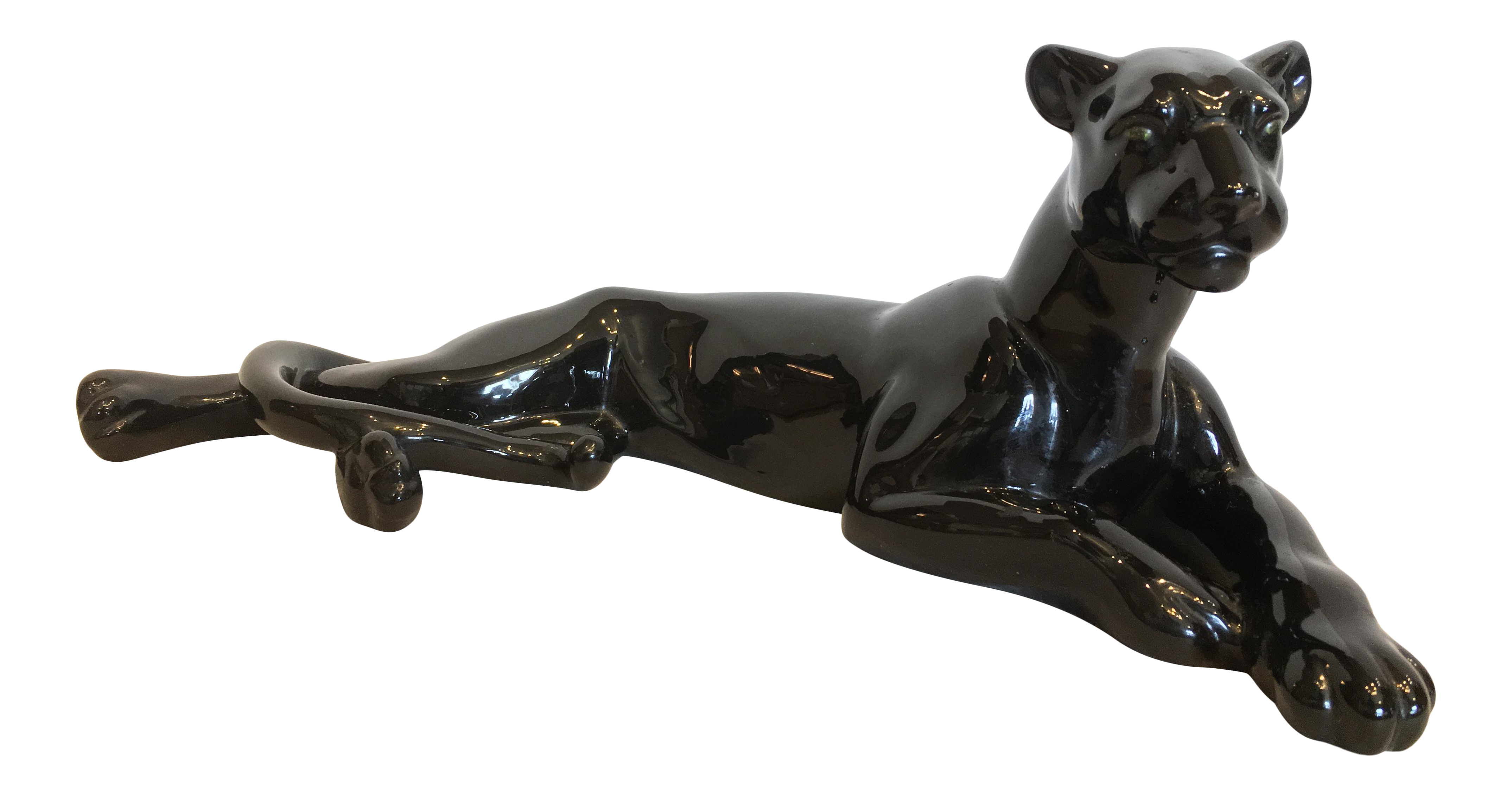