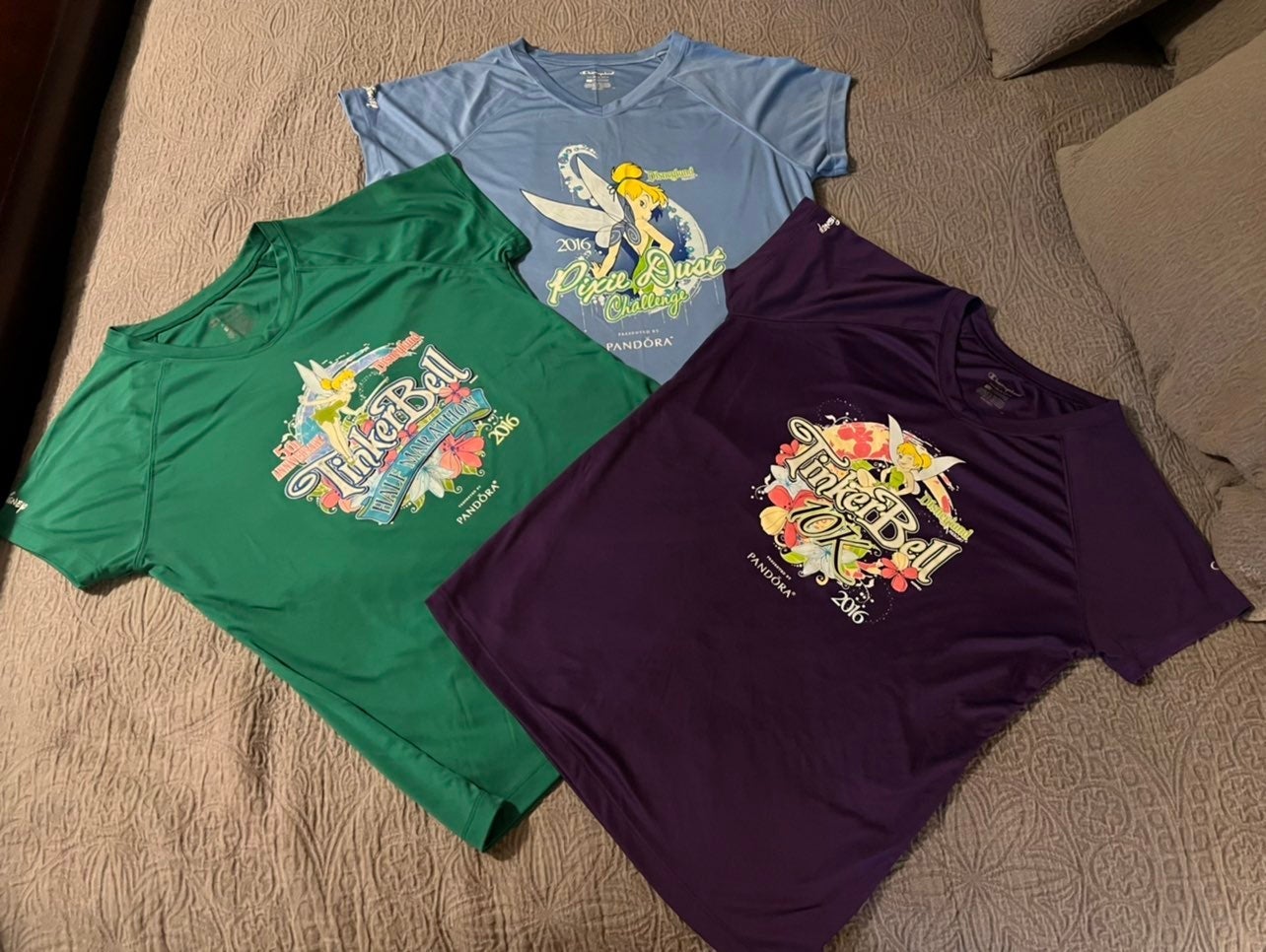 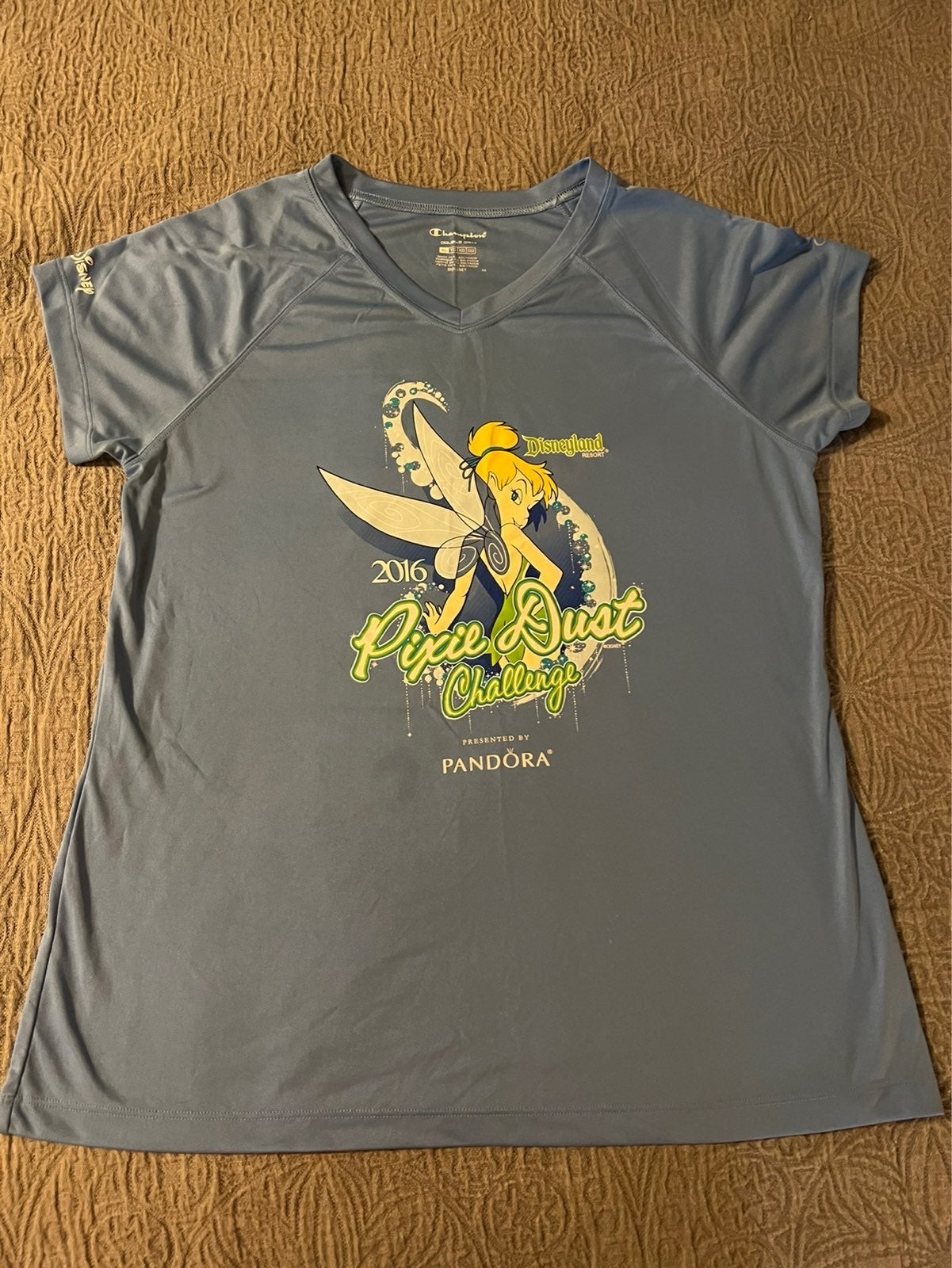 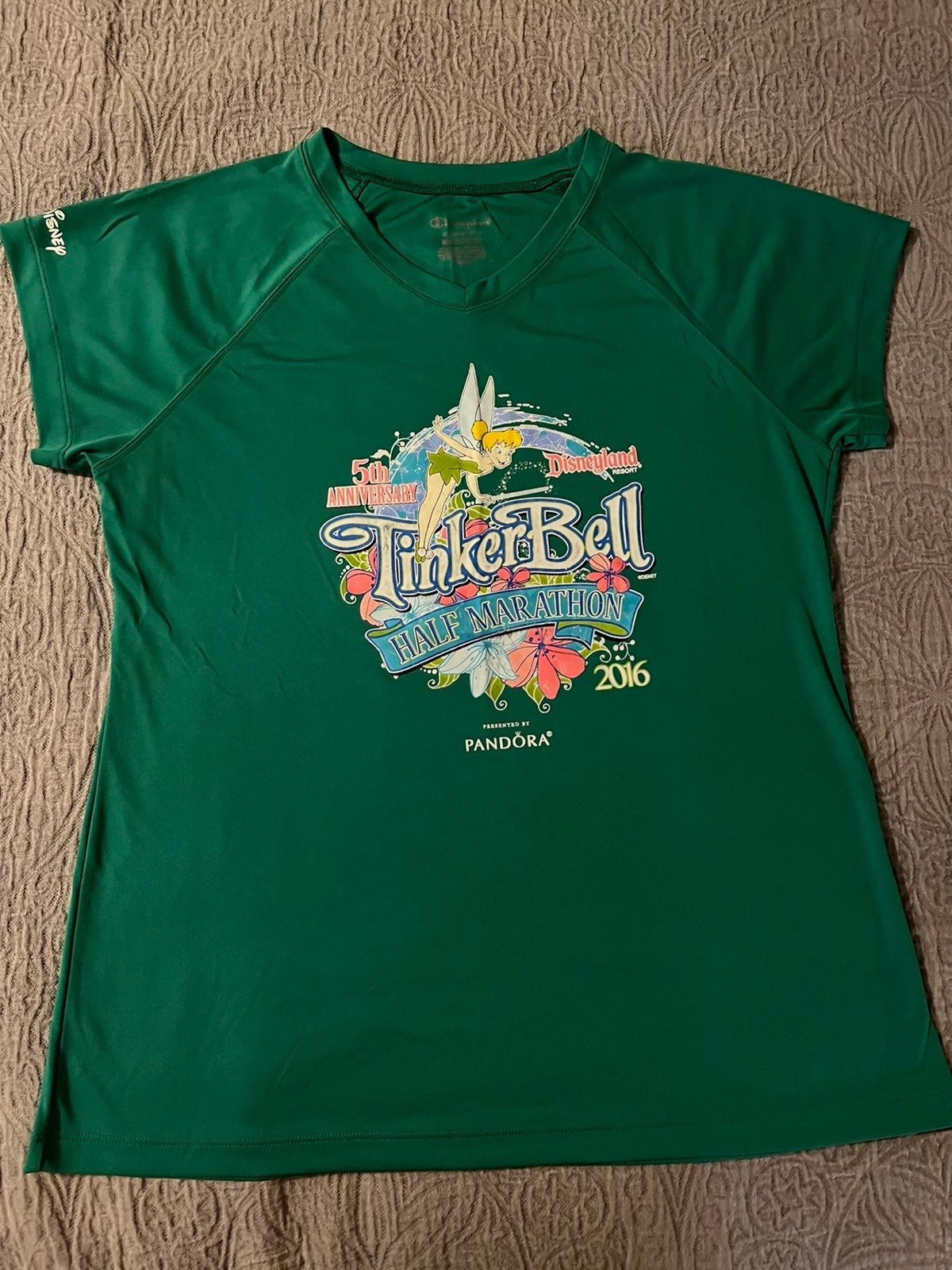 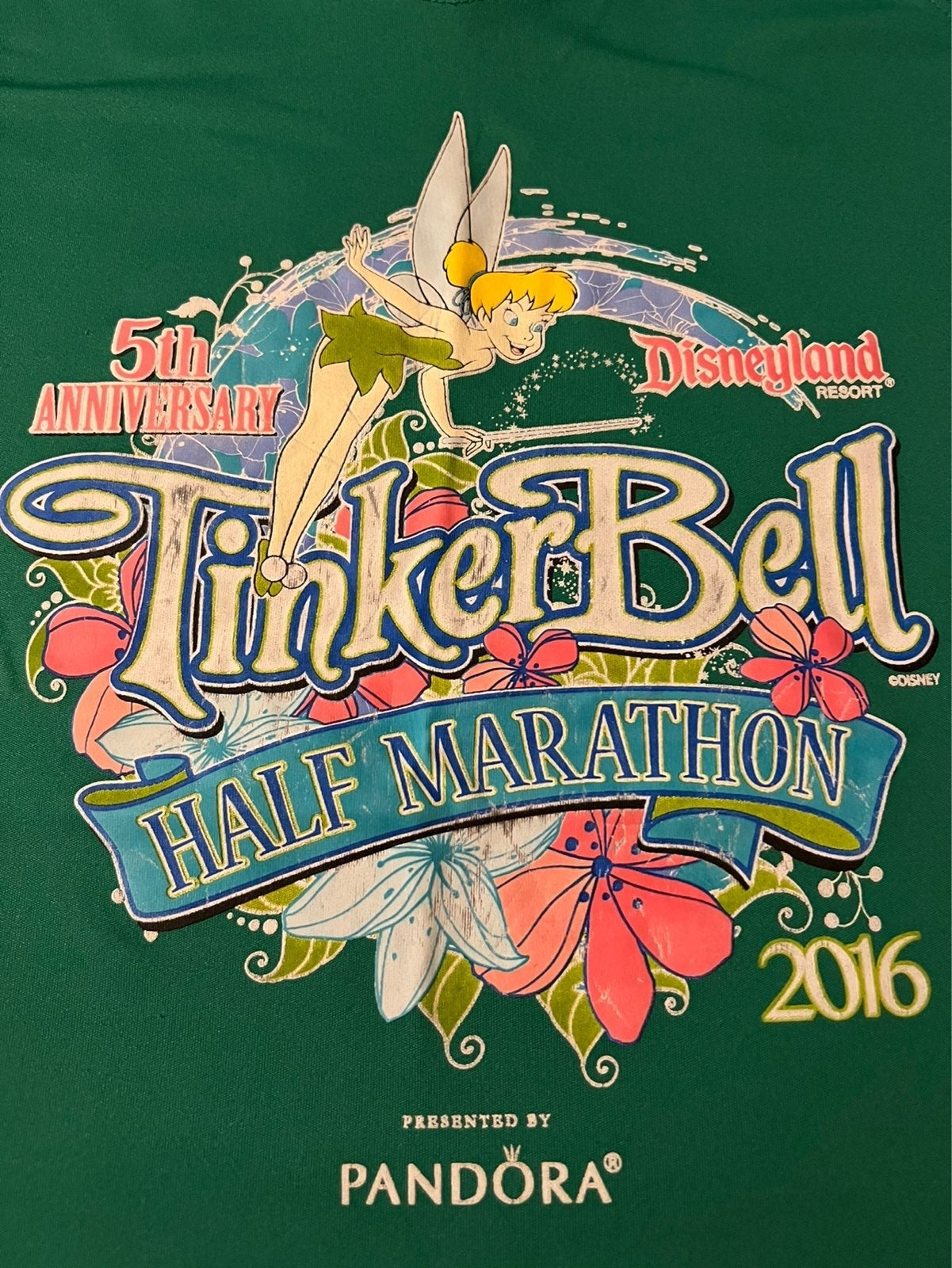 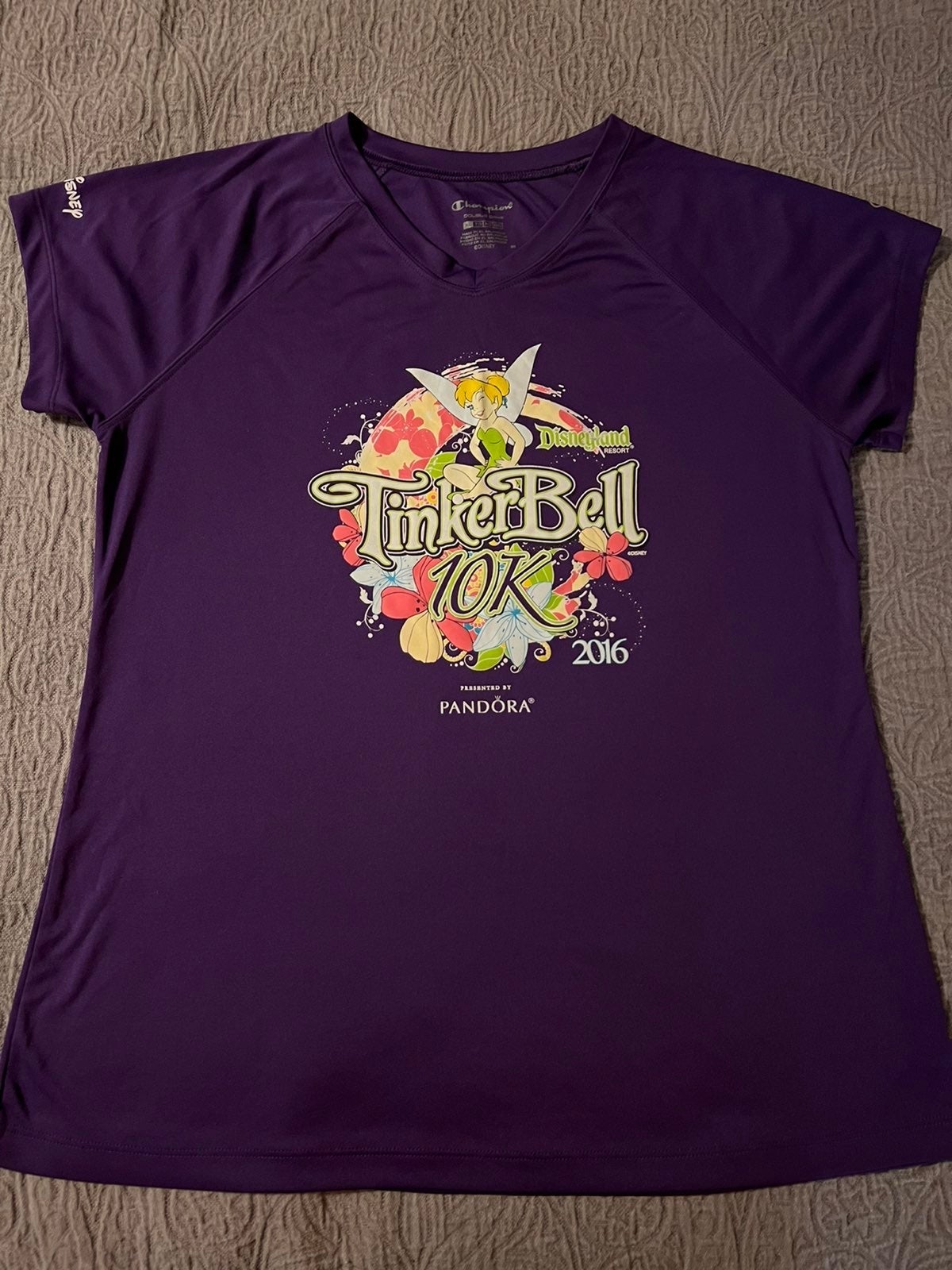 I am a runDisney fanatic! As such, I have a TON of race shirts and it’s time to de-stash. Did your favorite shirt get ruined? End up missing? Need a different size? Or maybe you missed this race and want it for your own collection. Now’s your chance!

This is the shirt trio from the 2016 Pixie Dust challenge and 5th anniversary at Disneyland. It includes the Tinkerbell 10k, Tinkerbell half marathon, and Pixie Dust challenge shirt. I think I wore these shirts a couple…they’ve been folded in my closet ever since. They deserved to be loved by a fellow Disney/run Disney fan. They are in great condition and come from a smoke free home. There is some normal wear and tear on the half marathon (green) shirt but it’s hardly noticeable and does not effect the wear. (See picture) The brand is Champion, they are ladies cut, v-neck, and all a size extra large. I’ll ship for free via USPS. 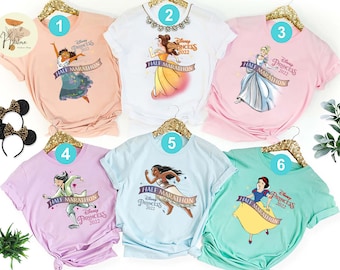 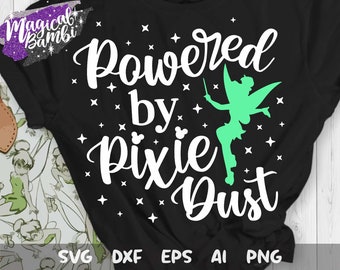 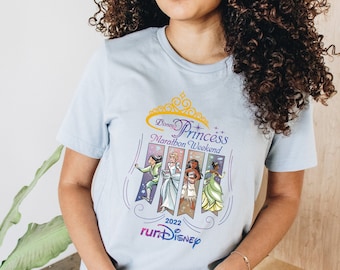 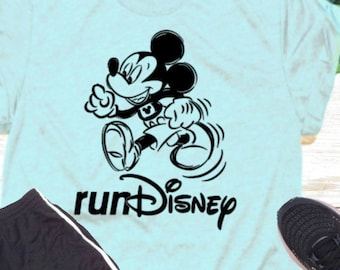