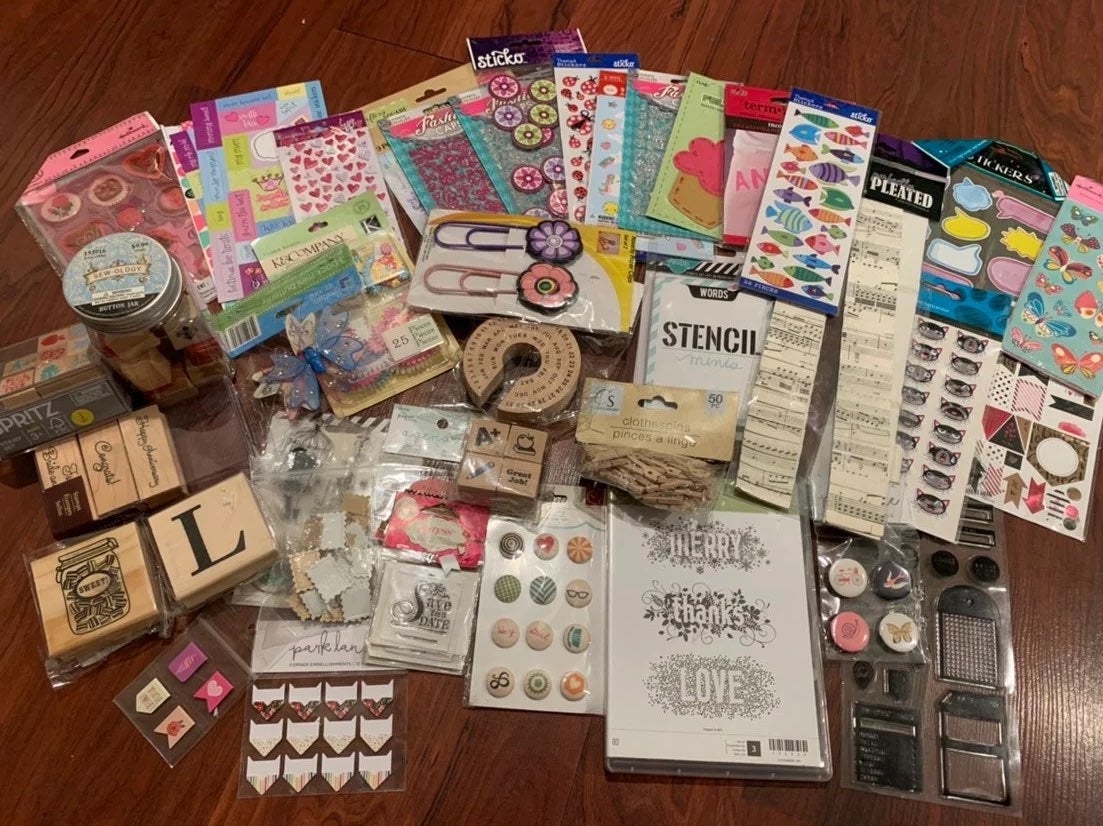 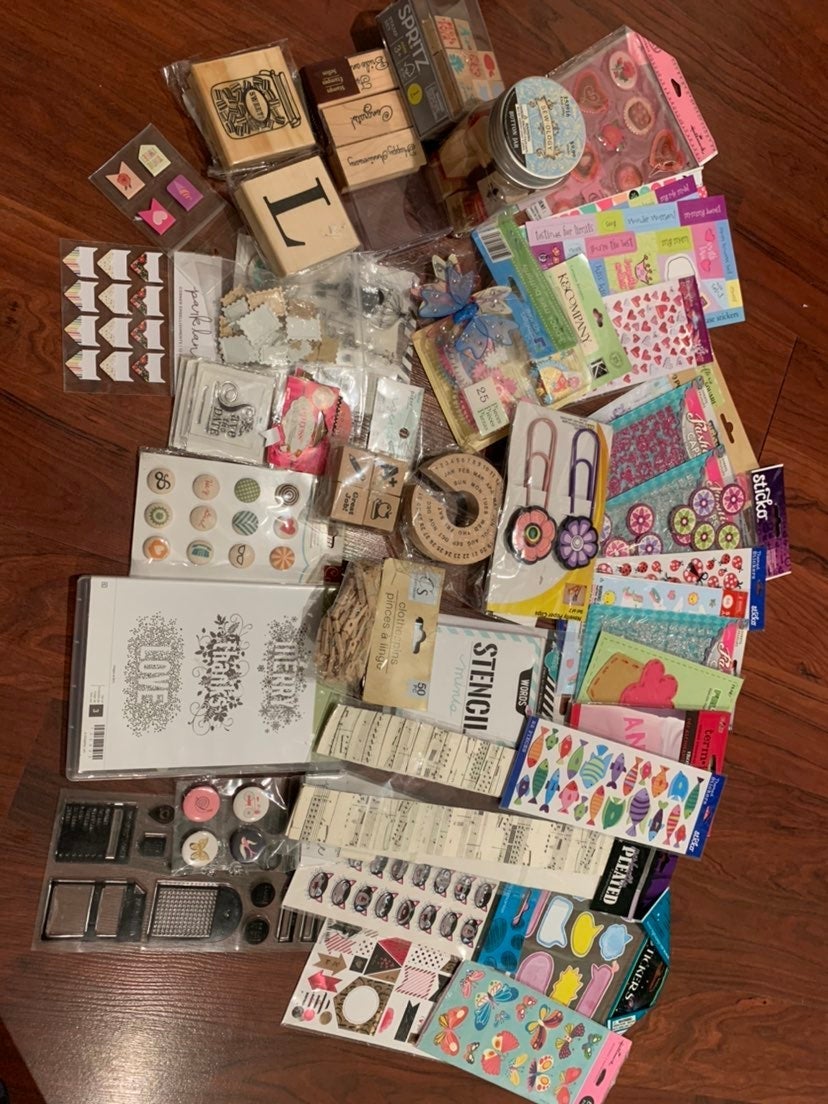 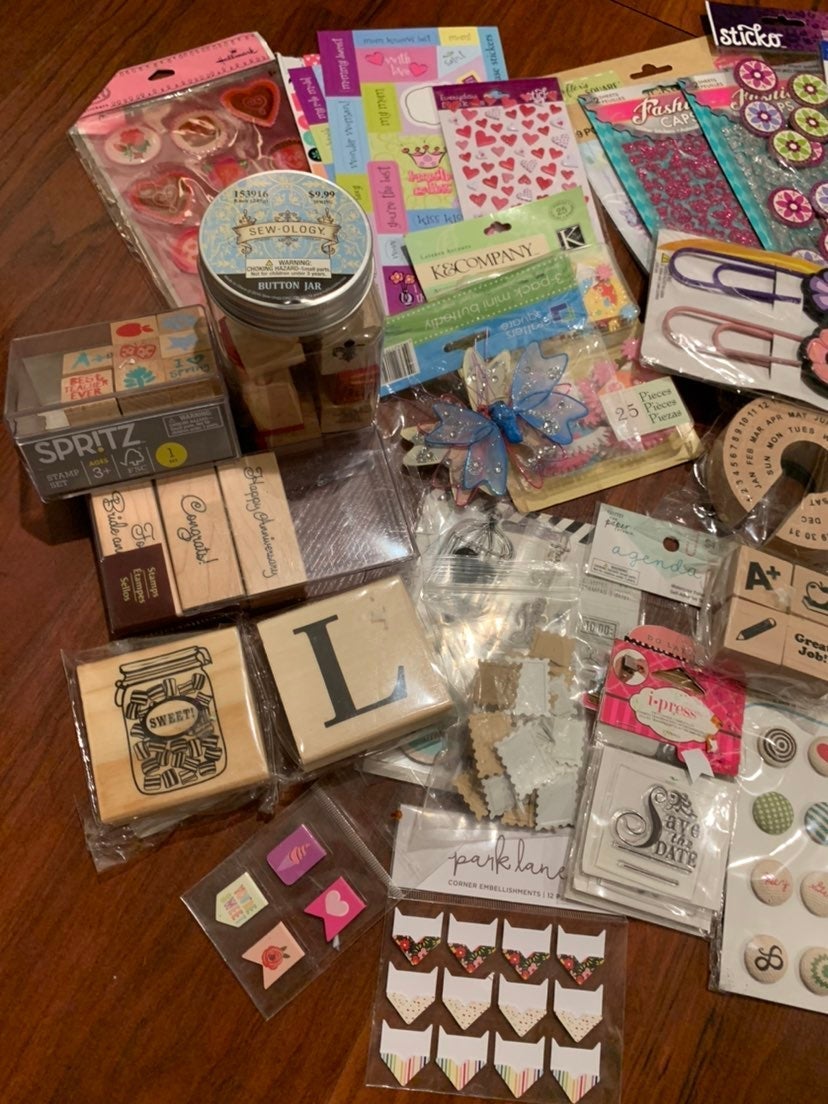 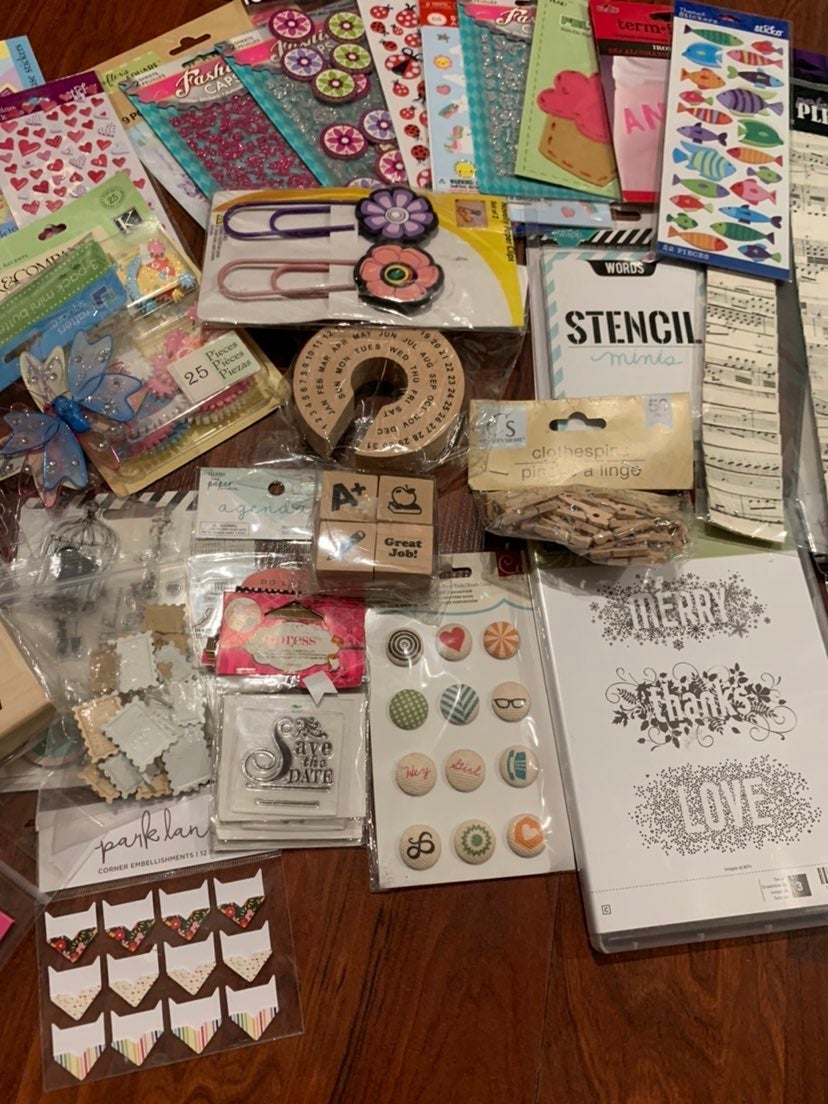 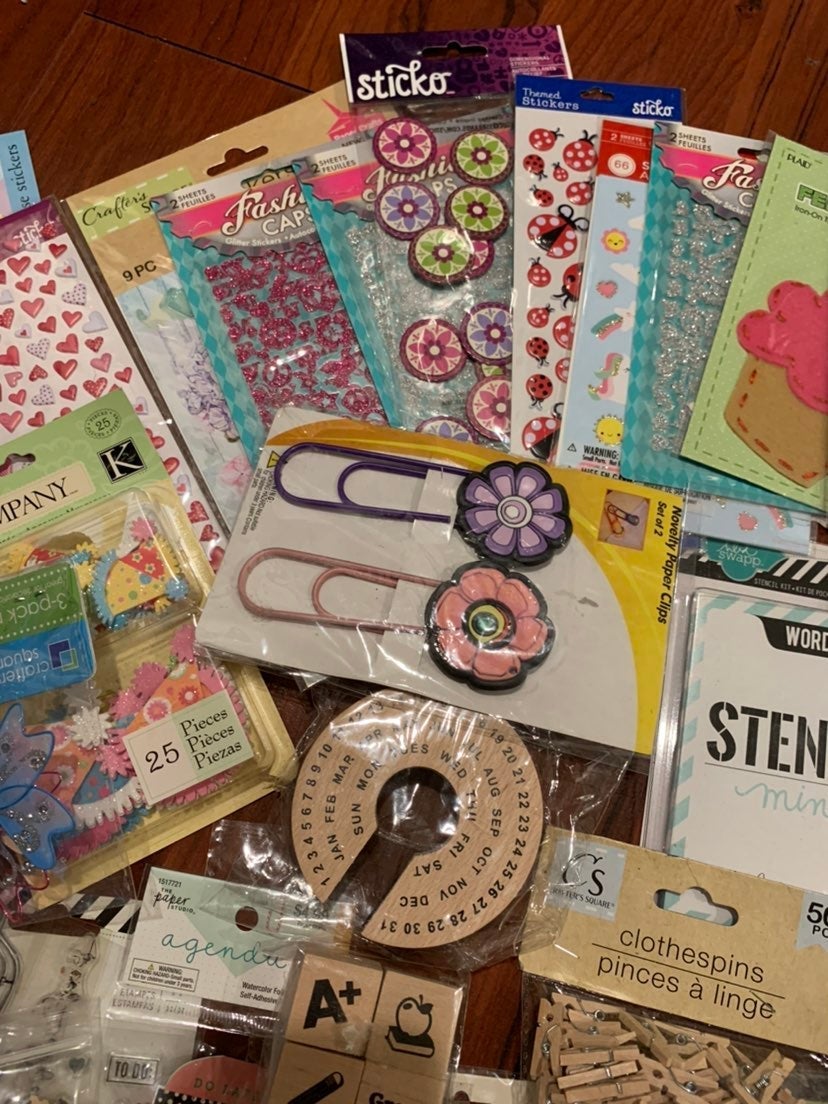 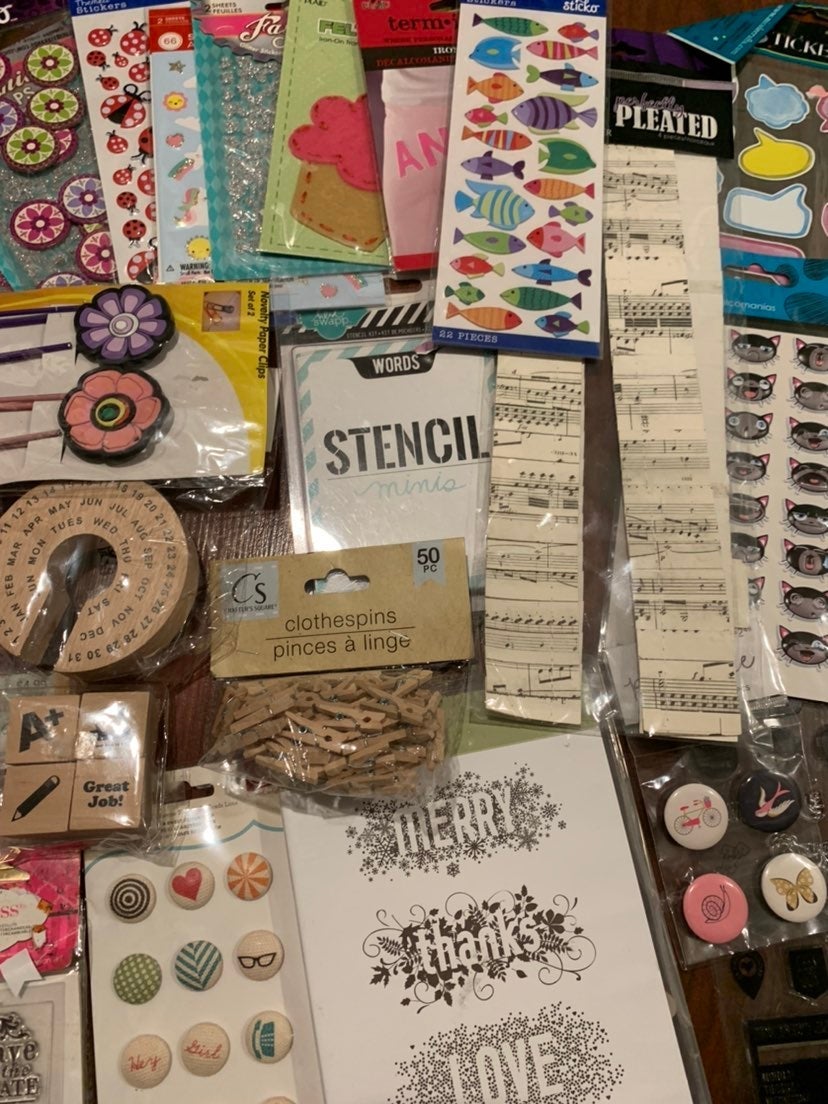 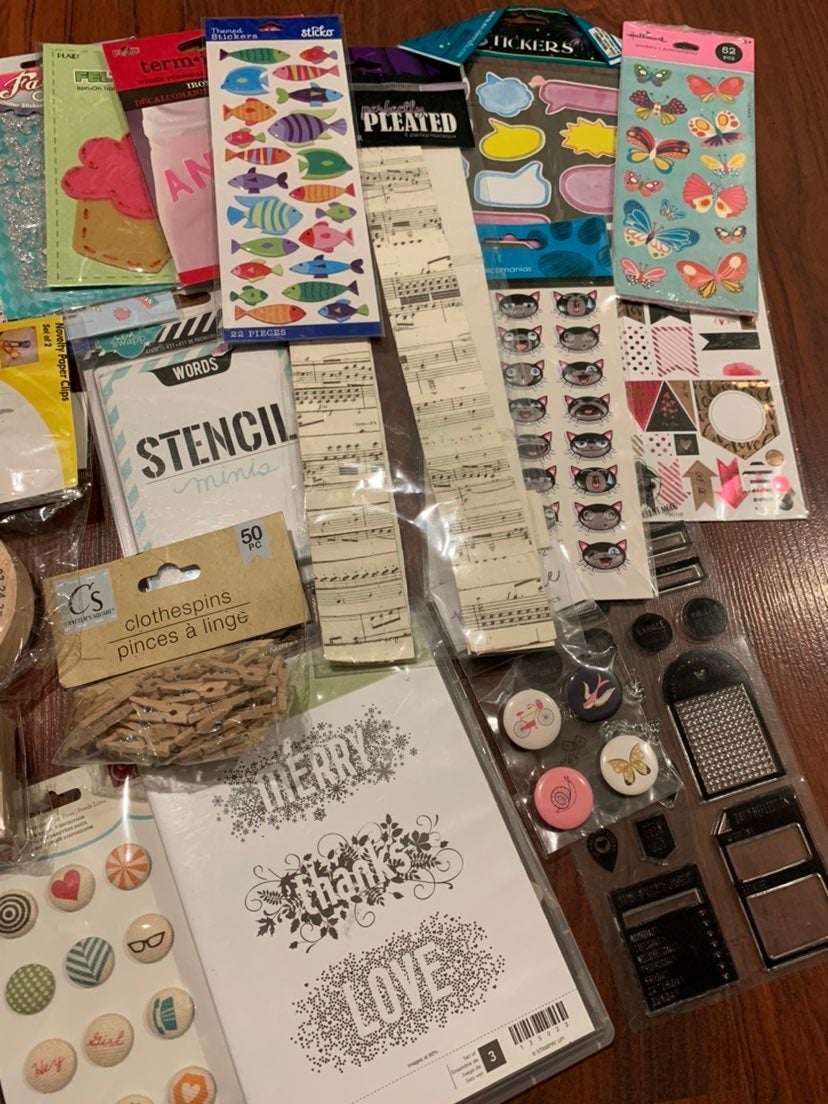 These lovely scrapbook supplies have gone to heaven at there new home ( yours) permitting the purchase is made by you. This lot includes 14 unopened packs of stickers, embellishments, iron on patches , embroidery , stencils , buttons and a partridge and a pear tree.Everything in the photos is included in the lot. ( not the bird or tree though ) any questions or if needed additional photos always welcome. Thank you 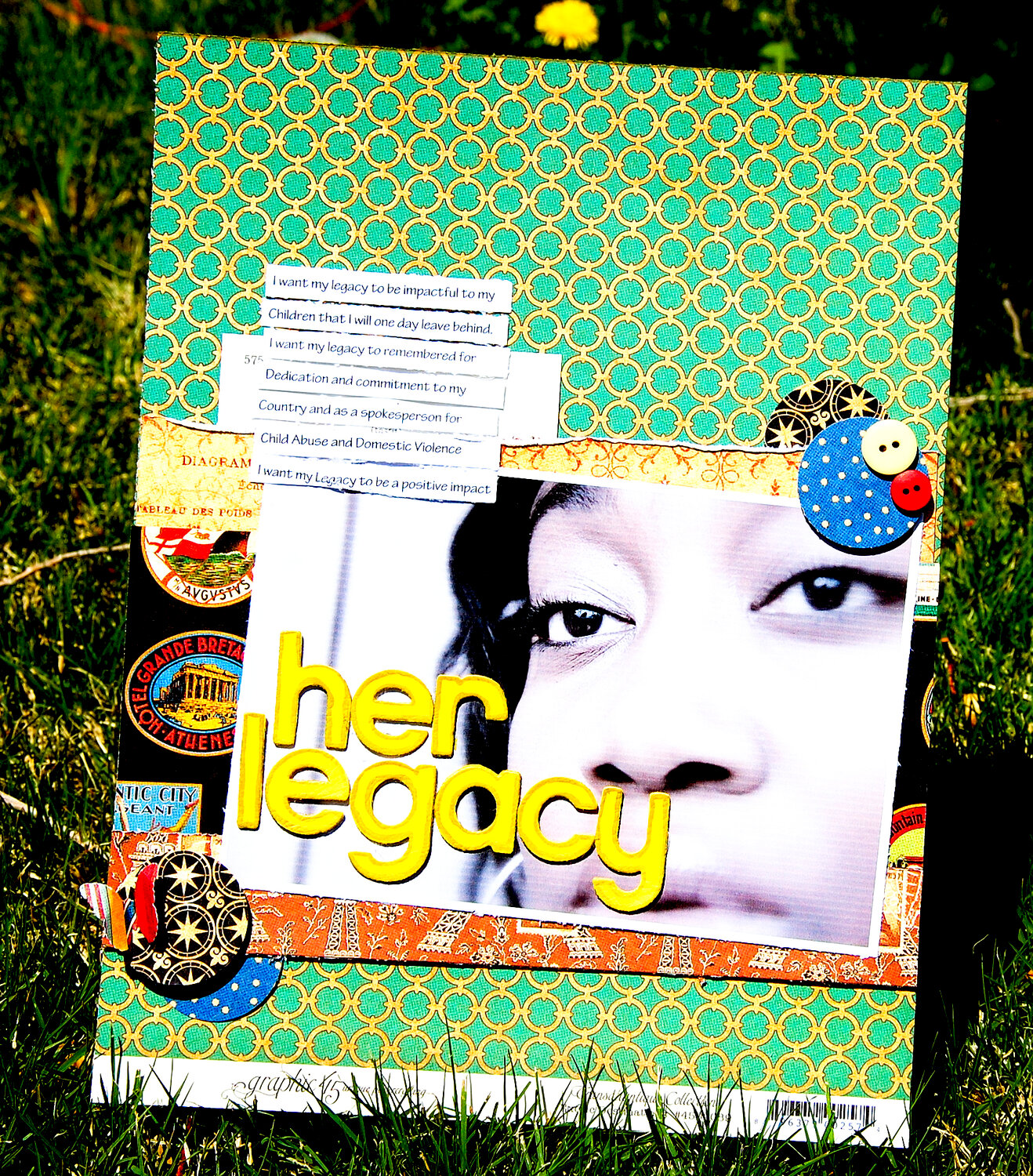